With the Moody Blues campaign to help raise funds in support of Alan Moody now up and running we thought we’d take you down a trip to memory lane and remind everyone of arguably the most famous match to ever take place at Roots Hall – that FA Cup tie in January 1979 in the snow against Liverpool.

Roots Hall was rammed with over 31,000 that night, who had paid an average of £1.16 each to get in! Centre forward Stuart Parker had our best chance to score - commentator John Motson’s words   “Ooh here’s Parker, he’s got a break on here ………. Clemence was brilliant” – may still send a shiver down the spine of those who were there.

Alan was imperious that evening, Kenny Dalglish and David Fairclough hardly had a sniff as the game ended scoreless for the Shrimpers to take the European Champions to a replay at Anfield. 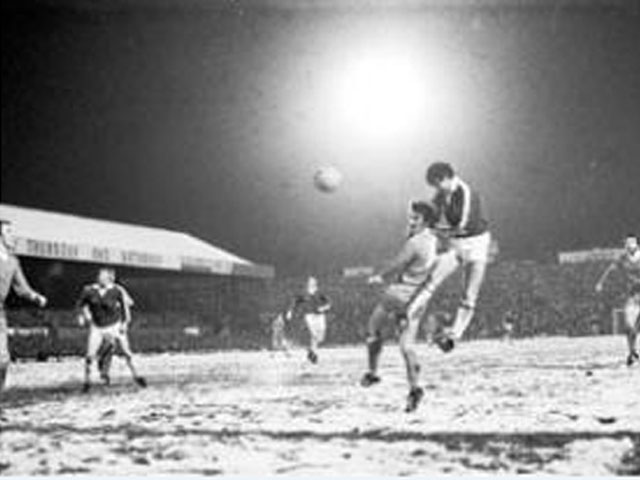 Alan recalls: “The snow helped us at Roots Hall as it brought Liverpool down a level though we played well and were helped by the atmosphere which was incredible. The replay was more eventful. I used to stand at the near post for corners to get a flick on (the reason for my bald patch now!) which often worked well and when the scores were still level Stuart missed a chance from this routine - shortly after Liverpool scored and went on to win 3-0. At the end of the match when we were coming off the pitch the stewards stopped us and asked if we wanted to stay on the pitch as the Liverpool fans wanted to applaud us, something they had never apparently done before.”

In advance of the collection at the next home game against Plymouth we would like to remind you that, if you would like to donate online in support of our tribute to Alan and raising funds to help with the purchase for him of a specially adapted disability car, the link is here.