Phil Brown felt ‘angry’ after watching his side twice throw away a lead against Gillingham as they were held 3-3 at the MEMS Priestfield Stadium.

Goals from Ryan Leonard, Michael Kightly and Simon Cox weren’t enough as Tom Eaves’ hat-trick rescued a point for the home side and Brown spoke of his frustration after the game.

On the draw against Gillingham… 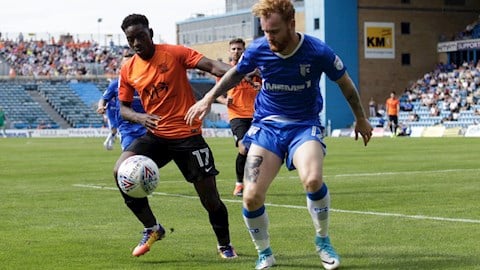 Ends up one, keeps them interested. They’ve got a big lad up front which they played to his strengths in the second half and maybe not in the first half and consequently, we conceded goals.

To carve teams open on a regular basis like we’re doing, we’ve got to put teams to bed.

On what needs to change…

On the penalty decision…

Disgrace. It was nothing to do with the penalty, it was the free-kick on the half way line. The centre half absolutely smashes my winger in two and he gives the free-kick to them.

If you want to get into detail I can go into detail, but I don’t know why referees and linesman and officials go under late on in the game and he’s gone under with that decision.

They’ve put the ball in our penalty box and it’s ended up in the back of the net. Rubbish, absolute rubbish.

On the travelling fans…