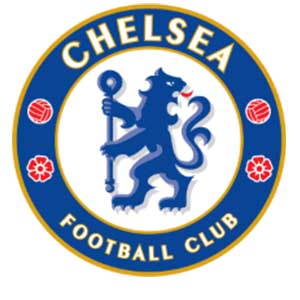 Blues were beaten 5-0 at the FA Youth Cup holders’ Cobham training complex, but Huzzey was happy to see his side compete against the Premier League outfit, especially in the second period. The teenage Shrimpers had trailed 4-0 at half-time, but they battled hard to only concede once after the interval.

“It was a great test,” Huzzey said. “We’ve tried to make pre-season as tough as we can for the boys. We started off with a long away trip to a Category Three side in Exeter City, then we played against Category One Brighton & Hove Albion and last week we took on Category Two Millwall, but this match was the pinnacle.”

“Chelsea are easily the best side in England - and possibly Europe - at the moment, having won The FA Youth Cup for the past four years, so what we wanted was to go out there and compete. That was all I could ask of the boys this afternoon, and I thought we did that.”

The hosts took the lead through a Taylor-Crossdale penalty after a quarter-of-an-hour before Charlie Brown netted twice and Faustino Anjorin bagged a brace. Despite conceding five goals, Huzzey felt that the squad continued to show important qualities ahead of the EFL Youth Alliance season-opener at Northampton Town on Saturday 5th August.

“They had a strong side out, and it was probably the youngest team that we’ve put out against them, what with Dru Yearwood featuring for the first-team and Nathan Bishop involved with the U21s. We started with only three second-year scholars on the pitch, so it was a really tough test for our first-year scholars and our U16s, as well as a couple of trialists,” he remarked.

“It was challenging, which is what we wanted, but pre-season is all about developing relationships between players. We’ve tried some partnerships and I think that we found some good combinations going forward into our first league match. We’ve got some more friendlies arranged, against Charlton Athletic, Colchester United and Watford, and I’m confident we’ll be ready by 5th August.”