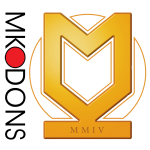 Southend United U23s maintained their 100% record in this season’s Central League with a 5-1 victory over Milton Keynes Dons at Boots & Laces.

Craig Fagan’s side claimed a third consecutive victory in the competition thanks to braces from forwards Emile Acquah and Matt Rush and a further strike from winger Terrell Egbri. The rearranged fixture also saw Fagan name first team players Harry Lennon and Layton Ndukwu in the starting eleven.

Among the watching spectators were Dagenham & Redbridge manager Peter Taylor and Chelmsford City boss Rod Stringer, and they saw a youthful-looking MK Dons side started brightest. The first chance of the match fell to the visitors on seven minutes when Tom Rowley’s crisp shot warmed the palms of Harry Seaden in the Blues goal.

Four minutes later Acquah was knocked off balance and headed over the bar in a movement where both the tall frontman and Egbri appeared to be fouled in the penalty area, but appeals from the Southend players were waved away by the referee.

MK Dons took the lead on 13 minutes when the lively Dylan Asonganyi shrugged off a challenge by Miles Mitchell-Nelson and drilled a right-footed shot past Seaden, and after a quarter-of-an-hour the custodian, who is currently on loan at Cambridge City, was again in the thick of the action again, saving well to keep out a decent strike by John Freeman.

Biues’ first real chance came on 20 minutes when Matt Rush hit a shot over the visitors’ crossbar. It seemed to jolt the hosts into action and they gradually gained control of the match. On 25 minutes the Shrimpers were level when winger Egbri delivered a sublime near-post cross and Acquah got in front of his marker to send a stooping header past George Rose in the visitors’ goal.

Blues nearly took the lead moments later when a pacey run by Ndukwu into the MK Dons box ended when his powerful shot cannoned off the left post before being cleared to safety. On 32 minutes an Egbri corner was met by a goal-bound effort from Mitchell-Nelson that Rose managed to turn away.

The hosts went ahead a minute later when some good approach play from skipper Rob Howard released Acquah and the big centre-forward showed great composure to finish with some style. Blues were totally dominating play now and Ndukwu went close with a free-kick that just cleared the crossbar to underline their superiority.

Southend deservedly extended their lead on 36 minutes when a great run by Rush released Egbri and his shot across the goalkeeper found the far corner of the net. Then, within the space of two minutes, Lennon had two goal-bound efforts cleared off the line by some desperate Dons defending.

Seaden had to be alert on 43 minutes after Asonganyi dispossessed Egbri and sent in a testing shot which the Blues ‘keeper held onto. Southend then immediately went upfield and scored a fourth. A superb interchange between Acquah and Rush from a Howard throw in saw Rush’s left-footed drive find the inside of the netting to complete a great finish.

Blues started the second half well and left back Ide Osimeh hammered a left-footed shot fractionally over the bar three minutes into the second half. MK Dons then enjoyed a short spell of possession and, on 55 minutes, nearly reduced the arrears but Charlie Pattison’s effort was cleared off the goal-line by Howard. Six minutes later Seaden was forced into a save by a decent effort by Freeman.

After a period of containing the game, Blues extended their lead on 72 minutes when once again Egbri was the catalyst, showing some dazzling skill to produce a troubling cross which the Dons failed to clear and Rush reacted quickest to send a stabbed shot past Rose.

Blues took the opportunity to make some changes and it was good to see former Southend player Renei Batlokwa given some minutes in his bid for match fitness. On 82 minutes the Botswanan international nearly made it six when his free-kick from the edge of the box narrowly cleared the crossbar.

There was also an U23s debut for first-year defender Tommy Davis and, as the game drifted into injury time, some fine work from O’Shane Stewart saw both Batlowka and late substitute Freddy Eastwood just fail to get their shots away. It was a powerful performance from the young Blues which will have certainly given a watching Sol Campbell plenty of food for thought.