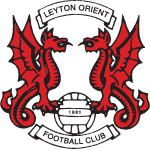 Craig Fagan’s U23 side are in Central League Cup action tomorrow afternoon against Leyton Orient U23s.

Kick-off is at 1pm at Boots & Laces for the young Blues who will be hoping to take their unbeaten league form into the cup and pick up their first Group 4 win.

Blues were beaten by Cambridge United in their first game in October, and southendunited.co.uk spoke to the U23s boss about their upcoming game.

As well that, Fagan spoke about the recent arrival of Henry Burnett, getting players ready for the first-team, wanting a winning philosophy as well as improving individuals and Richard Taylor’s league debut.

The first 20 minutes we weren’t good enough [against MK Dons] but then we stepped up and we were at it and obviously the scoreline tells the story. It was a good performance after that [first 20 minutes] so we’re looking forward to tomorrow and starting on the front foot, not waiting 20 minutes to get going.

When they first go up [into the first team] they doubt themselves but the more they’re up there, the more confident in themselves they become which is good to see.

It’s good that they’re grounded, they come back without any arrogance, their feet firmly on the floor. Myself and Rick [Duncan] we get them back at it. They’re involved in the first team but we still tell them to do extras and they do.

That’s one thing I’ve said about him, his work rate and what he gives you off the ball. When he gets a chance in the box he’s clinical but his work rate to get the ball off defenders and create chances for others and get free kicks is great.

What I would say is he’s learnt how to use his body more. Playing in the first team, watching how the forwards use their body helps and I’m sure playing against defenders at first team level he has to practice doing that more otherwise he’ll lose the ball. It’s been a good learning curve for him in that sense that he’s always got to improve.

On the recent arrival of Henry Burnett…

He’s been out for the last couple of years and only signed for us just after pre-season. Technically he’s very good, but because he’s been out injured for a long time he’s had to work on the physical side of the game.

His attitude is great, wants to get in the gym and get stronger, wants to improve. We’re starting to see that in his game which is good.

He’s been without a club due to his injury and is Wayne Burnett’s son, who’s U23s Manager at Tottenham, so he understands football and I’m sure he speaks to his dad about football. He’s hungry to learn which we’ve seen in training.

Massively, that’s the difference in U23s football, getting the lads to understand that winning matters. Yes, we want a performance but winning does matter. It’s about learning how to win and how not to lose.

We might be 0-0 going into the last five minutes of the game, can we manage to stay in a game and go and nick a result. These things the lads have got to start learning so when they go and play for the first team or at their loan clubs like some of them do, it’s understanding how to manage games.

It’s improved since I’ve been here and I’m hoping it improves a bit more. In the league it’s been excellent, we’ve not lost so far, and now in the cup, can we go on a bit of a run?

On analysing the opposition at U23 level…

It’s hard, Leyton Orient haven’t played many games but I try and keep it similar to what a first team would do such as getting clips from other matches the opposition have played.

At U23 level, the players have to be ready to step into the first team environment.

The day before I will put match clips together to show elements of what they do and how they like to play to see how I think we can beat them. They look back at games and analyse their own performance which is important.

Team News for the Orient game…

I think it will be a similar squad to last week. I’m sure the manager will want to give some other players some minutes but that hasn’t been decided yet. It will be similar to last week and maybe a couple others to get minutes.

It’s tremendous for him to get his debut. I’m sure he was happy about that. It hasn’t gone the way he would have liked, obviously the first couple of minutes, but what I would say is he showed great courage to get on the ball and still try and do the right things.

With all the U23 lads they will make mistakes, that’s the difference with young players, it’s about having that patience to learn and develop, and I’m sure he will.

They’re all going to make mistakes but he will definitely kick on again after that.

As long as they [U23 players] all take in information and don’t keep making the same mistakes then the club will be doing well in putting these lads in.