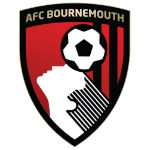 Norman Wabo scored his fifth goal in six U23s appearances this season, but it wasn’t enough to prevent Southend United from slipping to a 4-2 Central League defeat against AFC Bournemouth.

With a number of youngsters again involved in the first-team squad for the League One clash against Peterborough United in the evening, it was a youthful-looking Blues U23 squad that took on an experienced Cherries development team augmented by first team striker Callum Wilson on his way back from injury.

The visitors also included goalkeeper Jordan Holmes, who has played for Australia at U20 level, and Connor Mahoney, an England U20 international who cost Bournemouth £2m from Blackburn Rovers. Mahoney was in action on six minutes as Dan Matsuzaka got in the way of his shot to block.

Three minutes later good work down the right flank by the experienced Wilson saw a cut-back to Mikael Ndjoli but his shot was tipped around the post by Harry Seaden. The young Blues had their first chance on 16 minutes when a lovely crossfield ball from Alex Clark, playing down the right, found Harry Phillips in space but his shot was comfortably saved by Holmes in the visitors’ goal.

Three minutes later it was Southend that opened the scoring when a Phillips corner saw Renei Batlokwa run out towards him on a dummy run and the space created helped Wabo connect with a cleverly-placed header to net for the third consecutive U23s clash.

The visitors then upped the pressure and several chances were created, mainly through the impressive left winger Kyle Taylor. It was Taylor’s shot that hit Matsuzaka and deflected for a corner and his delivery found the head of an unmarked Tyler Cordner. The giant centre-back found the net with a powerful header on 38 minutes to equalise.

Bournemouth were quickest out of the blocks in the second half and, on 49 minutes, Mahoney’s excellent cross found striker Mikael Ndjoli well-placed to score, but he misdirected his header past the post. Four minutes later the visitors did take the lead when Mahoney’s cross was only parried by Seaden and Wilson was the first to react to find the net.

Ndjoli then had a solid left drive well dealt with by the Southend shotstopper. On the hour mark Blues had a great opportunity to level the scores when Batlokwa found space down the right and his ball found Harry Phillips in space, but his shot was superbly saved by Holmes.

It marked a decent spell for the hosts where Nico Cotton had a good attempt that tested the visiting custodian once again and, midway through the second period, some more good work from Batlokwa again found Phillips in space and this time he guided the ball into the corner of the net to level the scores.

Bournemouth then pressured the Blues defence again and Ndjoli narrowly missed the target with a right footed shot. Centre-back Shaun Hobson also had a chance to score, but a superb and brave intercepting header from Tom Clifford denied him a certain goal.

Referee Neil West awarded Bournemouth a penalty on 83 minutes when a clever turn by Wilson saw Matsuzaka penalised for pulling his shirt. The returning forward successfully converted to Seaden’s left and two minutes later Wilson had his hat-trick when he got on the end of a cross from sub Antonio Diaz to sidefoot home at the far post.

The last chance of the game fell to Southend in the 90th minute when Wabo’s powerful strike went wide of the target, and Kevin Maher will be hoping that his side return to winning ways next Tuesday when they travel to Billericay Town in the Third Round of the BBC Essex Senior Cup.