Southend United U23s moved to the top of the Central League Cup Group A table following a 2-2 draw at local rivals Colchester United on Tuesday afternoon.

Blues built on their 1-0 victory over Barnet in their opening encounter of the campaign with a draw at Florence Park in a match where all the goals were contained within the final 20 minutes. Tommy O’Sullivan put the U’s in front before quickfire strikes from Norman Wabo and Renei Batlokwa edged the visitors in front. Nicke Kambamba earned Colchester a share of the spoils late on.

But despite the late equaliser, boss Kevin Maher was pleased with the result considering the young side that he fielded.

“I thought the players were brilliant today all over the park," he said.

“There were some outstanding performances considering how young we were with some youth team players involved.

“They had seven or eight first team players involved and we went 1-0 down, so to come back and actually be winning 2-1 shows great character and a great response.

“There is nothing we can do about the equalising goal, it was just a great header from their point of view.

“I’m delighted to come away with something.

“Obviously we would like to have won the game, but when you look at what they had out in terms of experience of first team players compared to what we had, with a left back playing at right back and two youth team centre halves, Harry Cuthbert in centre midfield, I thought the U23s stood up and led by example up and the youth team players followed suit.” 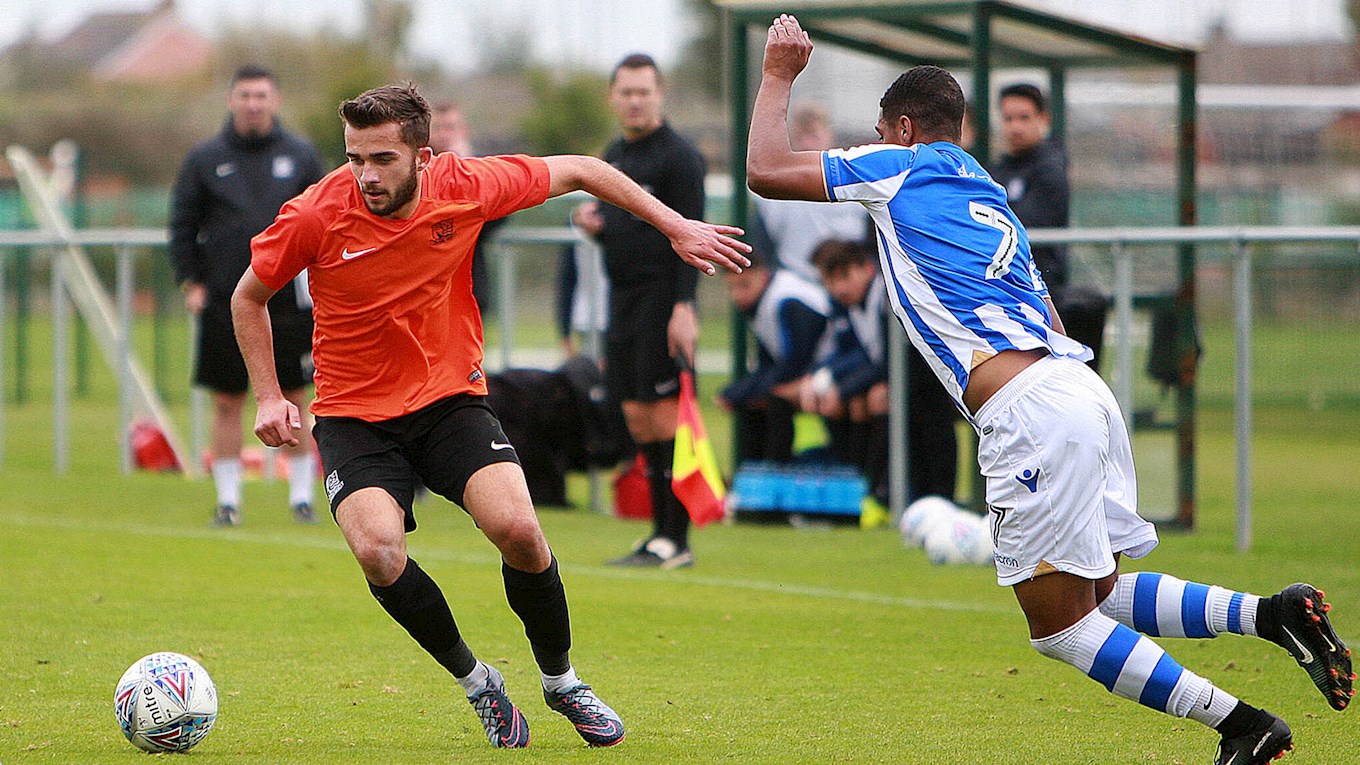 Only Jack Bridge and Nico Cotton - who made his first-team debut against Reading U23s in the Checkatrade Trophy a week previously - had any senior experience, although goalkeeper Nathan Bishop has recently warmed the substitutes’ bench in place of the injured Ted Smith.

Colchester - who play their league games in The FA Premier League Professional Development League - started the match the stronger and second-year scholar Bishop was much the busier shotstopper, even if creative midfielder Harry Phillips saw his goal-bound free-kick palmed over the crossbar by U’s custodian Dan Wilks just before the break.

Bishop did well to deny Kabamba and Sanmi Odelusi during the opening period, and the hosts were also guilty of some profligacy as O’Sullivan fired off-target whilst Cole Kpekawa and Odelusi smashed over when well-placed to score.

The second period began with the impressive Phillips dragging a shot past the post, whilst Kambamba’s header went similarly wide. However the deadlock was broken in the 72nd minute when O’Sullivan, a former Cardiff City youngster, fired in from the left-hand edge of the penalty area.

Blues took just six minutes to respond, although during that time winger Alex Clark had seen an effort repelled by Wilks. The eventual goalscorer was Wabo, who notched his fourth goal of the season when he cut inside from the right-hand side and thundered a shot home in via the underside of the crossbar.

And Southend’s joy was doubled just seconds later when midfielder Batlokwa scored his first ever U23s goal for the club in his second season at the level. The Botswanan almost mirrored Wabo’s earlier attempt when he drifted in from the left flank and lashed a powerful strike beyond Wilks.

However, Colchester snatched a draw in the 86th minute when Portsmouth loanee Kambamba nodded home a deflected Will Wright cross to make it 2-2. Blues lead the league table by a point ahead of Milton Keynes Dons and Peterborough United, who they will face at home in the second half of the group stage of the competition.

(With thanks to Colchester United for the images)