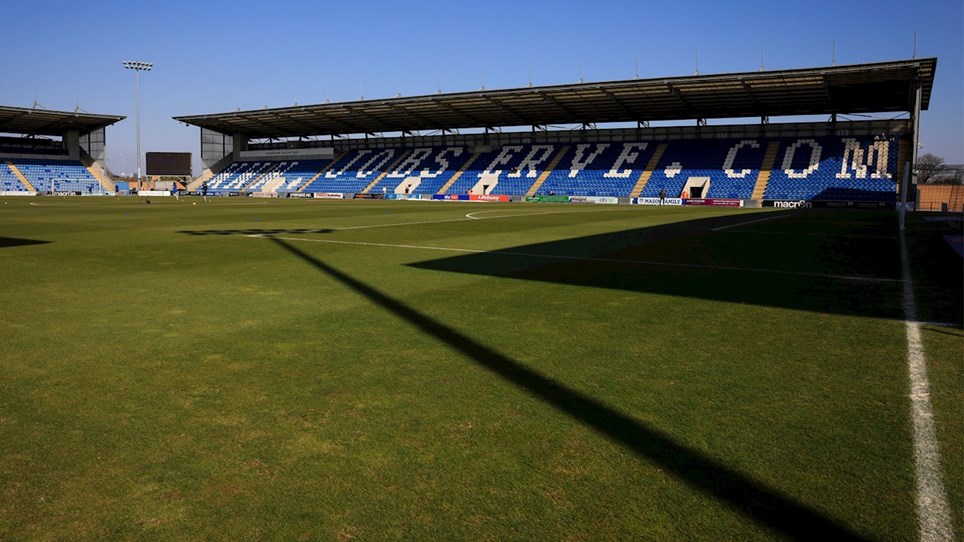 Southend United remain unbeaten in pre-season with goals from Dan Mooney and Cavaghn Miley helping Blues to a 2-2 draw against League Two Colchester United at the Jobserve Community Stadium.

Wayne Brown’s Colchester created a couple of great early chances to open the scoring inside the first 10 minutes with John Akinde the first to threaten, breaking down the left to be one-on-one with Steve Arnold only for the Southend stopper to stand tall and make the save.

Having thwarted Akinde, Arnold pulled off an even better save moments later, this time denying Noah Chilvers who broke down the same flank and forced a brilliant reaction save from Arnold at his near-post.

After a lively start for the hosts, Blues responded well and had a great chance of their own fall to Sam Dalby. Jack Bridge got to the byline and cut the ball back to the Southend striker who prodded the ball narrowly wide.

At the midway point of the first half though Colchester would break the deadlock with the powerful Akinde stealing the ball from Shaun Hobson on the left, before driving into the box and teeing up Sears to fire beyond Arnold and put the home side in front.

Sears’ opener immediately brought about a drinks break – much needed in hot and humid conditions – and it took a little while for both sides to get their rhythm back. But when they did it was Southend that went close to equalising as Dalby headed Tom Clifford’s cross against the post.

Blues looked the brighter of the two sides after the interval too and again threatened an equaliser when Dalby teed the ball up for Dan Mooney who whipped a strike narrowly past Sam Hornby’s left-hand upright.

Southend’s newest recruit Wes Fonguck came off the bench on the hour mark just hours after signing for Blues, and he almost made an immediate impact, weaving his way into the box before firing the ball across for Jason Demetriou who was unable to glance his header on target.

Kevin Maher’s side continued to look the most likely to score next with Trialist A and Ollie Kensdale combining well in close quarters inside the penalty area, ending with the trialist curling an effort just over the crossbar.

Eventually and deservedly though, Blues levelled with a little under 20 minutes remaining as Trialist A continued on down the right after being fouled, laying the ball back to Mooney whose effort from distance took a wicked deflection to deceive Hornby.

Southend had richly deserved to be level against their Football League opponents and they would complete the turnaround in style after Callum Powell’s effort was charged down, falling to Cavaghn Miley to rifle home a low effort that beat Hornby and put Blues on course for a win.

Right at the death though and Colchester would snatch a draw after two efforts from Sears had been desperately blocked inside the area, the ball spun up into the air allowing Akinde to nod in from close range deep into stoppage time.