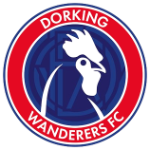 Southend United take to the Roots Hall pitch on Saturday in their first ever involvement in the Buildbase FA Trophy, Dorking Wanderers the visitors in the Third Round of the competition.

The matchday is dedicated as our JE3 Day to raise awareness of The Justin Edinburgh 3 Foundation on what would have been his 52nd birthday.

As well as it being Blues’ first match in the trophy, it’ll be the first time that the two sides have played eachother.

Dorking, currently fighting well in the National League South, have already overcome Worthing to reach this stage, a comfortable 2-0 victory to add to the positive momentum they have built in the opening months of the 21/22 season.

The term ‘banana skin’ is often used when talking about the FA Trophy, and upsets are rife as sides of so many different levels compete.

So, Kevin Maher will be keen for his side to get the job done on Saturday, against a strong side in the division below.

Wanderers’ exploits are well documented on YouTube series ‘Dorking Uncovered,’ and their story, as a club, is quite remarkable.

Marc White both chairs the club and manages the first team, he is also co-founder of the club, which was born in 1999; White oversaw 11 promotions in 19 years with the club.

And yet Wanderers are still hungry to progress further.

White’s side reached the National League South play-offs in the 2019/20 campaign, but narrowly lost out to Mark Molesley’s Weymouth in a 3-2 defeat.

But that didn’t deter them from starting the next season in strong fashion, Dorking found themselves five points clear at the top of the sixth-tier standings before the season was abandoned.

Again, off the back of that disappointment, White’s team have picked themselves up, dusted themselves off and worked their way into a strong league position.

The visitors will come to Roots Hall brimming with confidence after their 4-2 victory against the table toppers in the week, forward Alfie Rutherford in particular, who netted a hat-trick in the impressive triumph.

And Wanderers’ high league position is largely down to their form in recent weeks.

After a sluggish start to the current campaign, White’s side have won 10 of their last 16 matches in all competitions.

Their recent performances have seen plenty of goals coming their way, Rutherford and James McShane responsible for much of the good work going forward, and they have scored 16 goals between them in the league this season.

In opposition, Blues have won just one of their last six matches in all competitions, a 2-1 victory away at Altrincham.

But Maher’s side have only lost one home match in their last four in league and cup, they’ll be eager to extend that run as Dorking visit.

"It’s a tough game and we know that,” said Maher.

"They beat top of the league on Tuesday.

"We want to take it seriously, it’s a cup competition that, like the LDV when I was here before, the further you get in the tournament, the more interested people get.

"But you have to come through these rounds, starting Saturday against a decent side and a team that like to play good football.

"We’re at home, we just want to rack up as many wins as possible and we haven’t had enough recently and over a period of time.

"It’s a good game for us, I’m sure it’s one they’ll be looking at and thinking they can come and make an upset.

"But we’ll be ready for that and I think it’ll be a decent game of football.

"We always treat our opponents with respect and we’ll be ready for them."

Harry Seaden or Collin Andeng Ndi will start in goal for Maher’s side, as Steve Arnold is out after suffering concussion at Notts County last weekend.

Abu Ogogo is set for a month out as he recovers from a heart issue.

Kacper Lopata is still out as Blues wait to learn the full extent of his knee problem.

But Harry Phillips is back for Blues after missing out last weekend.

Robert Massey-Ellis will be calling the shots as the Blues clash with Dorking.

In the nine National League fixtures he has officiated this season, he has issued 41 yellow cards, but has yet to show red.

Massey-Ellis has yet to referee Blues, but he was due to officiate the league fixture against Maidenhead United which was later postponed.

Jonathon Block and James Hurst will be assistants with Alexander Kyriacou as fourth official.

There will be no price increase on the day of the game.

The matchday programme ‘Roots Review’ will be available to buy outside the stadium from the programme hut for £1.50.

A digital matchday programme costing 99p can be bought via MatchDay Digital and will be available in due course and updated once live on the website.

Southend United’s FA Trophy debut was victorious, as they beat Dorking Wanderers 2-1 in the third round at Roots Hall.

After Alfie Rutherford converted just five minutes in to put the visitors ahead, the tie was set up as a potential upset.

But Kevin Maher’s side equalised shortly before the half time interval, Sam Dalby in the right place at the right time to tap home.

Making his first competitive start, Blues’ goalkeeper Collin Andeng Ndi fantastically saved Bobby-Joe Taylor’s penalty early in the second half to keep the game level, and substitute Matt Dennis’ spectacular strike 16 minutes before time saw the hosts in the hat for the fourth round.

Blues, keen to avoid an upset, endured a nightmare start as Rutherford put the visitors one head in the fifth minute.

The forward, who now has 13 goals this season, charged down Blues’ right, displayed good skill to cut the ball onto his right foot and fired a low, powerful effort past Collin Andeng Ndi.

And Marc White’s side almost doubled their lead three minutes later, Matt Briggs launched a marauding run down Blues’ left this time, he sent his effort rising over the grateful Andeng Ndi.

Wanderers started the game well and went close again in the 20th minute, James McShane diverted a low left-footed effort towards goal which the debuting Blues ‘keeper did well to push around the right post.

Despite their pressure, it looked as if Blues would level the game 10 minutes later when James Dunne was brought down for a penalty.

Blues were to find the goal that levelled the game, and it came four minutes before half-time.

A good spell from the hosts culminated in a charge forward which saw Zak Brunt’s excellent cross ping-pong in the visitors’ box, before Murphy fired a powerful effort which Lincoln fumbled into Dalby’s path, who fired home to net his sixth goal of the campaign.

Blues continued to push, and Dalby again had the ball in the back of the net two minutes later, but he was adjudged offside to send the sides in level at the interval.

The second half started much like the first with the visitors quick out the blocks, they earned a penalty nine minutes after the restart as Shaun Hobson brought down Josh Taylor.

However, on his first start, Andeng Ndi came to Blues’ rescue as he got down to his left and excellently kept out Bobby-Joe Taylor’s spot kick.

He was again called into action in the 69th minute as he held Rutherford’s volleyed effort well.

Neither side managed to hold a real grip on the game throughout the second half, but the hosts burst forward two minutes later and, with space just outside the box, Brunt floated an effort over.

And Maher’s side did manage to take the lead, 16 minutes before time.

Substitute Dennis cut inside from the left and curled a delightful effort over goalkeeper Lincoln and into the top corner from 25 yards out.

It was the Norwich City loanee’s first appearance since his short cameo away at Grimsby Town in November.

And he again went close three minutes after his goal, heading an effort which Lincoln had to scramble to collect.

White’s side threatened multiple times late on, and Blues last ditch defending saw them hold on to ensure their place in the next round of the FA Trophy.

The MidexPRO East Stand and Trade Price Cars South Stand will be open for the game.

Tickets are now on general sale by calling or visiting the Blues Box Office or purchasing online.

Dorking Wanderers supporters will be in the Solopress North Bank and will be able to purchase tickets on the day from the away ticket booths located outside the entrance to the North Bank.

There will be no price increase on the day of the game.

When purchasing online, supporters can change their fulfilment option at checkout to print at home, below is a step-by-step guide on how to do so.

Hospitality will be available to purchase for the game and options are shown below.

· One-course meal and a drink per person

· One-course meal and a drink

· One-course meal and a drink

· Seat in the Blues Paddock

To book please contact the Commercial department on 01702 304136 or email commercial@southend-united.co.uk