Southend United were handed a harsh welcome back to League Two as they were beaten 4-0 by league newcomers Harrogate Town on the opening day of the 2020/21 season.

Harrogate took the lead midway through the first-half when Jack Muldoon prodded in Town’s first-ever goal in the Football League before Lloyd Kerry scored right on the stroke of half-time to put Mark Molesley’s side 2-0 down at the interval.

A youthful Southend side – the youngest in its history – began the second-half brightly but they couldn’t find a way past Joe Cracknell before goals from Aaron Martin and a second from Muldoon made it an afternoon to remember for the visitors on their Football League debut.

This afternoon was always going to be a historic one for both sides as Harrogate were making their bow in the Football League after 106-years of playing in non-league while Mark Molesley was taking charge of his first league game as Southend United boss after replacing Sol Campbell in August.

And, as mentioned, it was a youthful-looking side that the Blues boss picked after he was forced into making two changes from the side that was narrowly defeated by Gillingham in the Carabao Cup, with both John White and Timothee Dieng failing late fitness tests.

In came Nathan Ralph and Lewis Gard, giving the starting line-up an average age of just 22.3, whereas the squad, including the bench, averaged just 20.4 years of age – the lowest average age of any Southend squad in their history.

One of those youngsters, Isaac Hutchinson had the first shot in anger of the afternoon as he saw a shot from outside the box take a slight deflection and go away for a corner. From the set-piece, Shaun Hobson chanced his arm forcing a comfortable save out of Joe Cracknell.

It took the League’s newcomers a little while to settle in but they went close when Mark Beck was found inside the area from a set-piece, seeing efforts from him blocked not once, but twice in quick succession midway through the first-half.

Harrogate would pick up the tempo and had Aaron Martin send a long-range effort flying over minutes before Connor Hall had come up from the back to head over also. But eventually, the pressure from the visitors would tell as they opened the scoring after 25 minutes.

George Thompson’s cross from the right was nodded down by Martin into the path of Jack Muldoon – Town’s top goalscorer for the last two seasons – who quickly prodded a low shot beyond the dive of Mark Oxley to score Harrogate’s first-ever Football League goal.

Before the break though the task got that little bit tougher for Blues as Harrogate grabbed a second right on the stroke of half-time. Lloyd Kerry picked up the ball 25-yards from goal and sent a shot crashing towards goal that Oxley was unable to palm clear as Town made it 2-0.

Southend had it all to do in the second-half but began brightly after the interval and Charlie Kelman forced Cracknell into a smart save within three minutes of the restart. Kelman got his head on the end of a right-wing cross to glance the ball towards goal only for Cracknell to claw it away.

Blues then hit the woodwork when a testing cross from Gard floated all the way through and came back off the face of the post to the relief of Cracknell who’d let the ball go, but Harrogate would go on to increase their advantage further just moments later in controversial fashion.

After defending a corner, Richard Taylor was down in the six-yard box from a clear head injury but referee Antony Coggins refused to halt play, allowing the ball to come back into the box and be smashed home on the turn by Martin.

Understandably, Molesley was apoplectic with the referee and was cautioned as a result, but the third goal for the visitors blew away any realistic chance of Southend getting any points from their opening day fixture and Harrogate would make sure of the points with a fourth.

Oxley tried taking a quick goal-kick and played the ball out to Shaun Hobson. Harrogate were lightning quick to press, stealing the ball away from the defender before Muldoon fired a curling shot beyond the motionless Southend goalkeeper and wrap up the three points for the visitors. 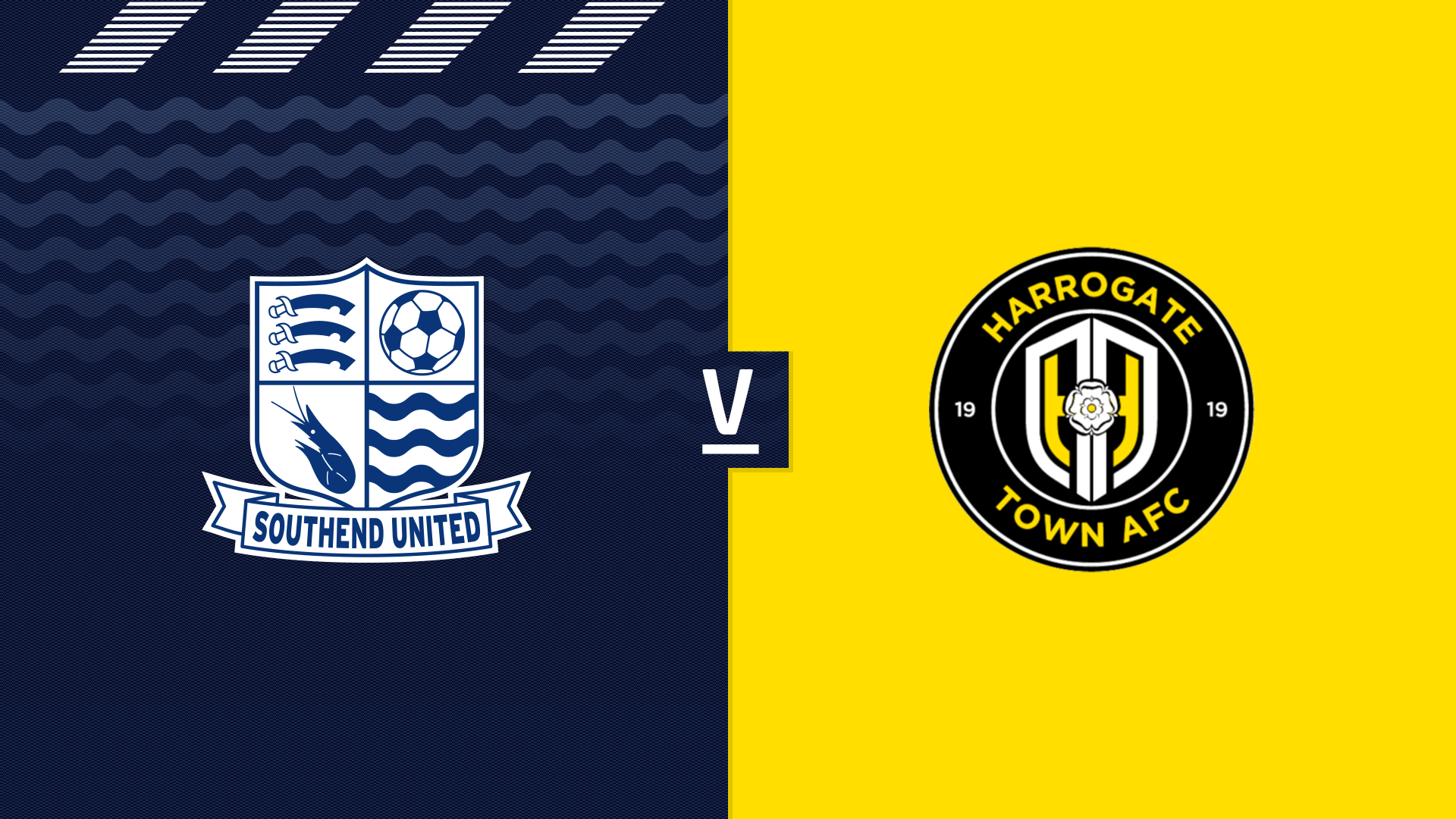 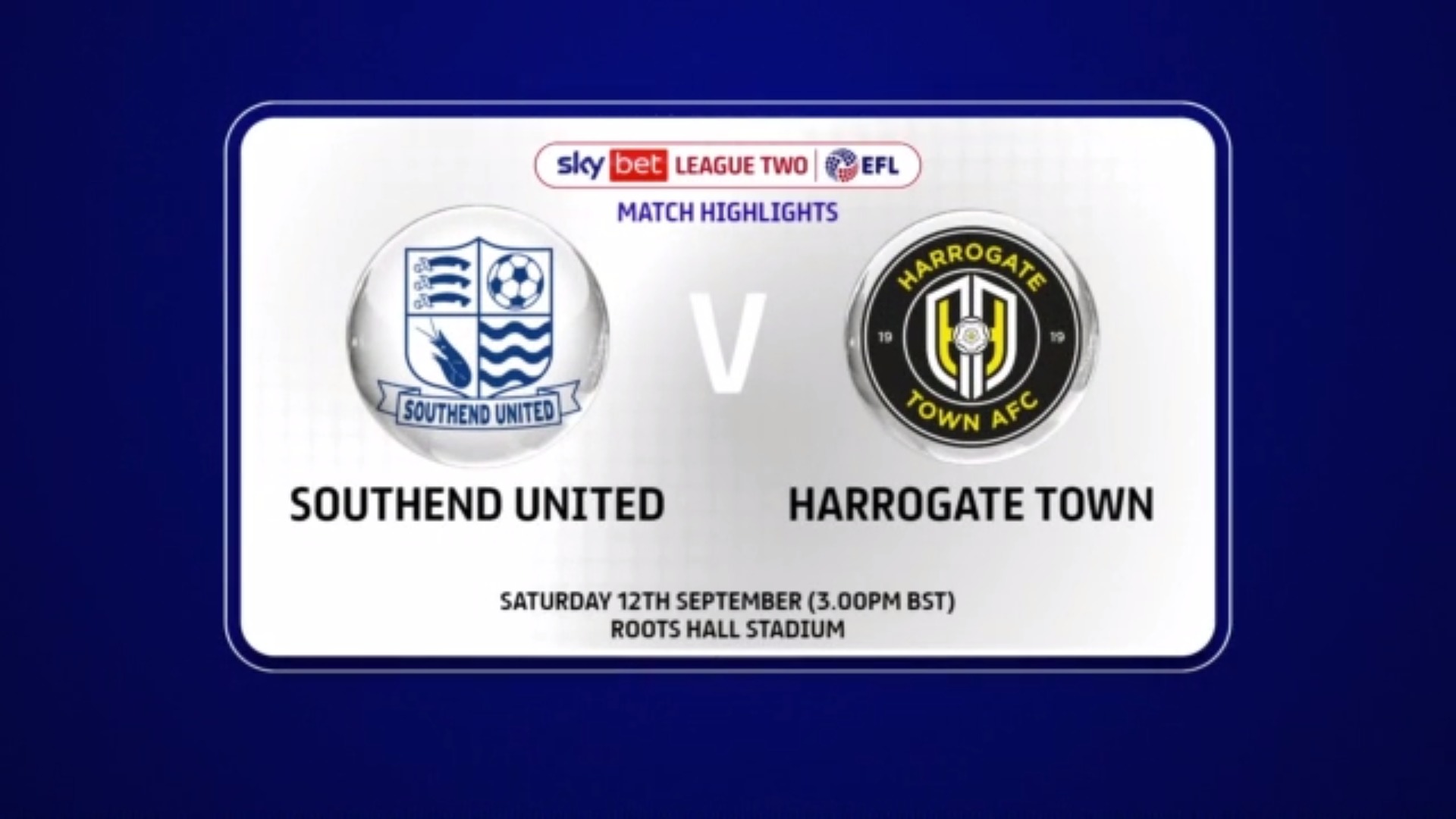 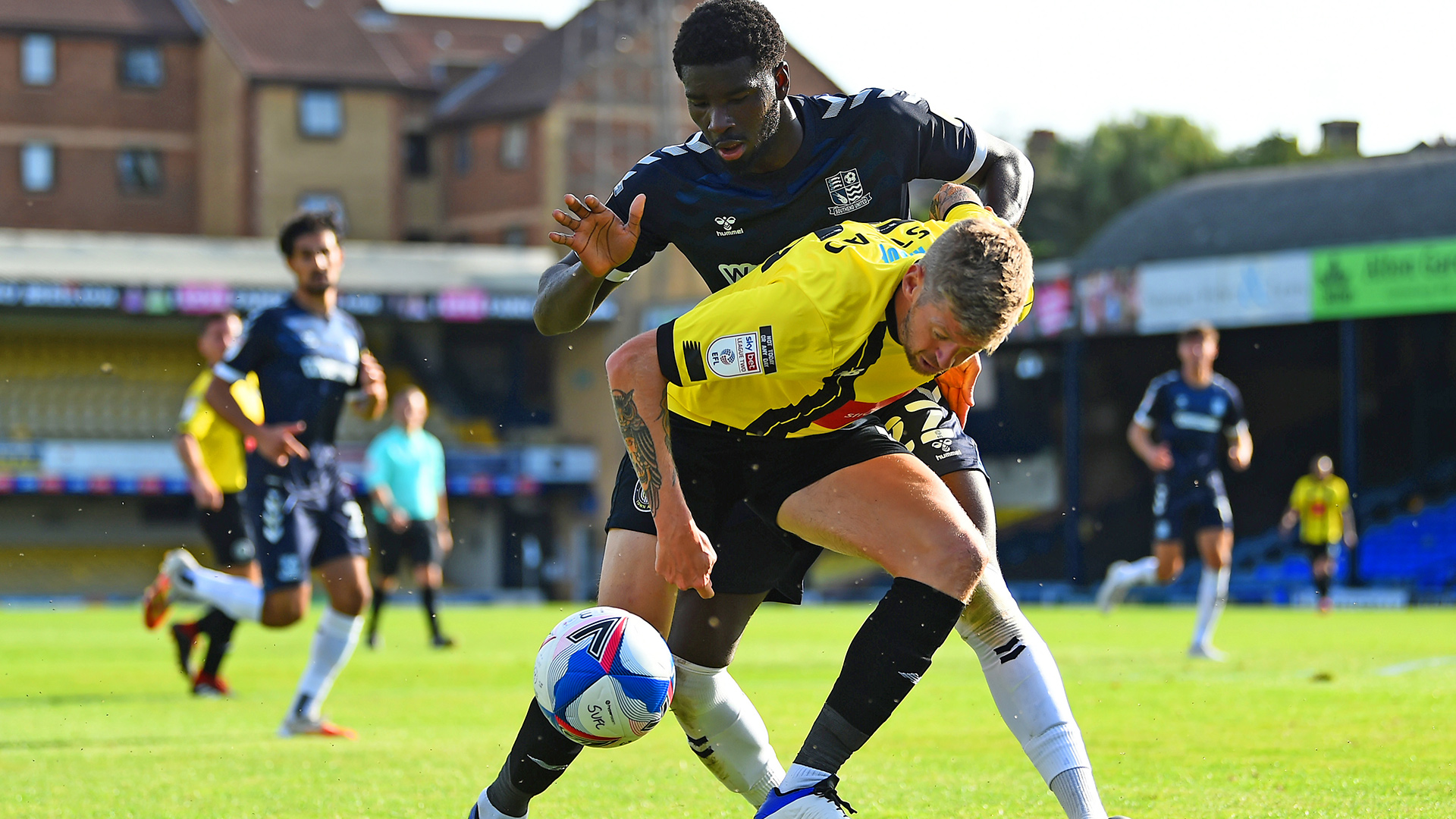