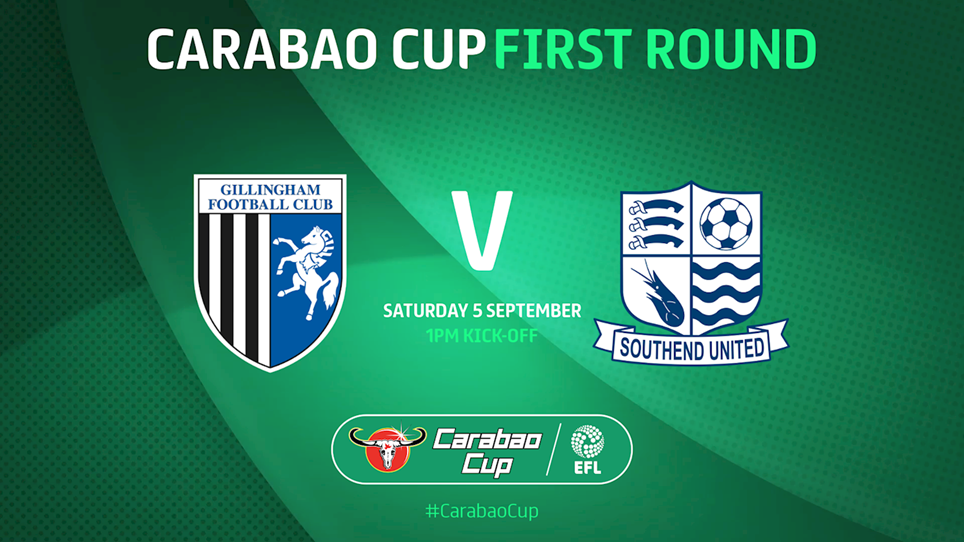 
Match details for the Carabao Cup Round One game have been confirmed.

Southend United were knocked out of the Carabao Cup at the First Round stage after narrowly losing out 1-0 to Gillingham at the MEMS Priestfield Stadium.

Connor Ogilvie’s header midway through the first-half was the difference between the two sides with Gillingham ending the game with 10 men after the dismissal of Ryan Jackson on the hour.

Despite playing positively and pushing for a leveller, Blues couldn’t force penalties, with Isaac Hutchinson and Charlie Kelman both hitting the woodwork in a valiant effort.

182 days on from Southend’s last competitive action and football was finally back for Blues as they made the short trip across the Thames to face the Gills in the Carabao Cup.

It was also a first competitive game for manager Mark Molesley who took over the managerial hot-seat at Blues in August and he would have been delighted with what he saw early on at Priestfield.

Brandon Goodship had a chance early on after the ball found its way to the striker after a shot from Isaac Hutchinson was blocked, but he was unable to get the ball out of his feet before it was cleared.

Moments later and Elvis Bwomono saw a long-range effort held by goalkeeper Jack Bonham before Bwomono teed up the impressive looking Jordan Green who had his shot blocked in the box.

The home side hadn’t looked like threatening but got a foothold in the game midway through the first-half and went close with a John Akinde header that went just wide of Mark Oxley’s upright.

But having survived that scare, Southend would find themselves a goal behind in the 27th minute as Gillingham converted from their first corner of the afternoon.

Gills captain Kyle Dempsey whipped in a near-post ball that found the run of Connor Ogilvie whose glancing header beat Mark Oxley and found the back of the net to give Gillingham the advantage.

The goal came against the run of play and both sides traded further chances before the interval with Charlie Kelman fizzing a shot wide before John Akinde had an effort well blocked by John White.

Both sides exchanged blows again after the break with Vadaine Oliver seeing a free-header go wide from six-yards out. Hutchinson then followed up with a low drive that stung the palms of Bonham.

And just before the hour mark, Southend were handed a lifeline as the home side were reduced to 10 men as full-back Ryan Jackson received his marching orders for a second yellow card.

Having been booked for a foul on Richard Taylor in the first-half, Jackson pulled down Green on the wing and was booked for a second time to give Southend a man advantage for the final half an hour.

Blues went on the offensive in search of an equaliser and Hutchinson saw an effort blocked on the turn before Molesley brought on a striker for a defender as Stephen Humphrys replaced Taylor.

The visitors continued to press for a deserved leveller and were desperately unlucky to see a Hutchinson free-kick come back of the woodwork before Kelman glanced a header just wide.

With seconds left of normal time, substitute Lewis Gard had a big chance to force a penalty shoot-out as he cut onto his left, but his low left-foot drive was well saved by Bonham in the Gills goal.

Five minutes were added on as Southend threw the kitchen sink at their hosts and Kelman saw a superb effort rattle off the post as Blues’ efforts were ultimately in vain.


Match details for the Carabao Cup Round One game have been confirmed. 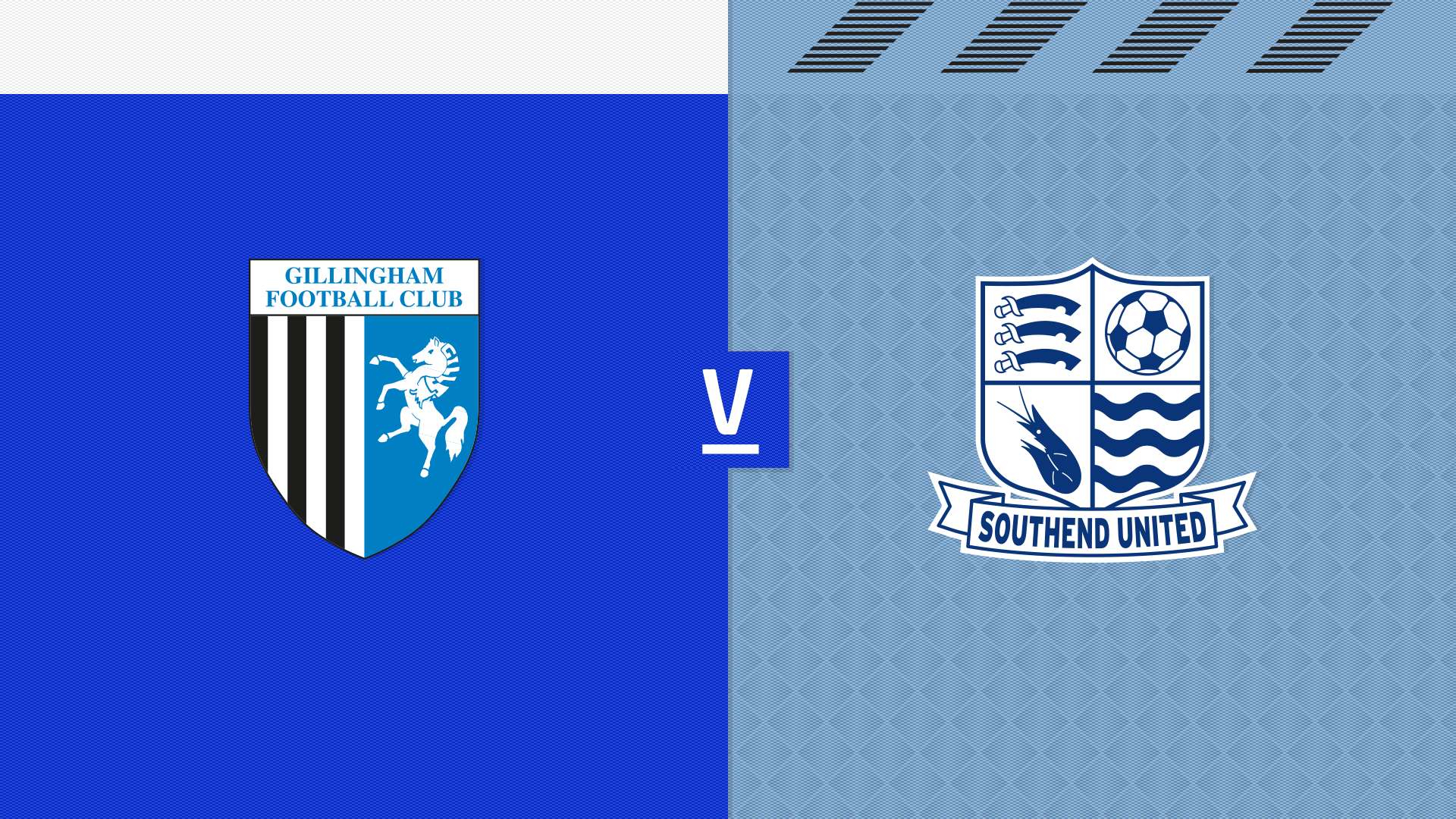 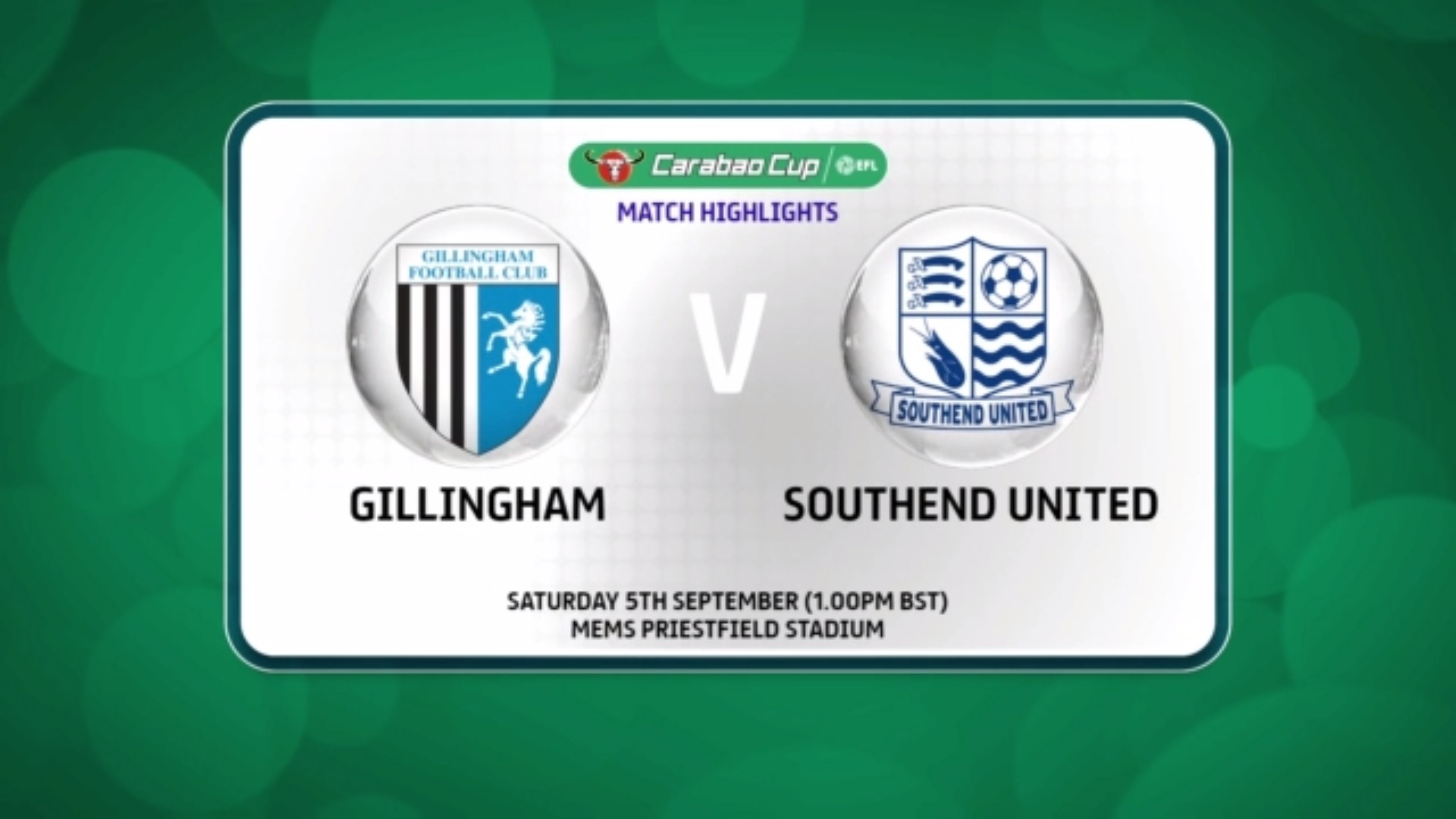 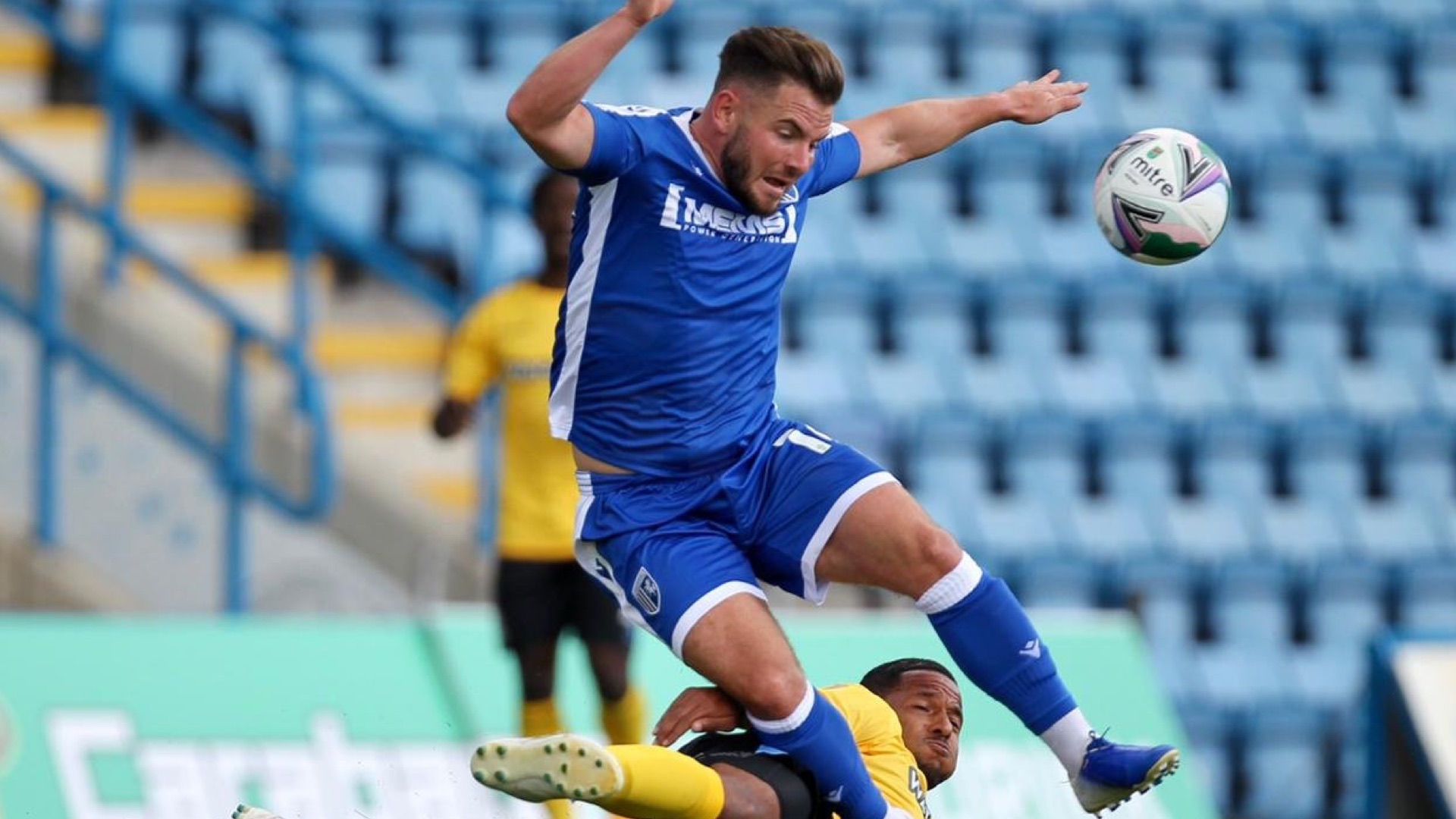