Blues are back on the road again this weekend as they travel to the Wirral to take on Tranmere Rovers at Prenton Park.

Both sides were on the wrong end of defeats in midweek, so they’ll be looking at Saturday as a chance to bounce back and get a positive result.

Last season, the two sides couldn’t be separated in either of their two league games as both finished in draws, which points towards another close encounter on Saturday.

Southend are still searching for their first win of the season and come into tomorrow’s clash with Tranmere off the back of a 3-0 defeat away at Salford City.

Blues have picked up two draws from their last six games – against Crawley and Exeter – whilst suffering defeats to Cheltenham, Morecambe and Carlisle.

Tranmere are without a win in their last three after their midweek home defeat to Leyton Orient. Rovers have picked up one win and two draws from their last six matches.

Blues and Tranmere played out a 0-0 draw at Roots Hall the last time these two sides met back in January in a game where clear chances were few and far between.

Mark Oxley got the better of Connor Jennings in the first-half before Stephen McLaughin forced Aaron Chapman to make a fine save after the break as both sides had to settle for a point.

"I've said all along, we have to react in the most positive way and make the best of the situation.

"Nothing changes. We still analyse the game honestly and openly and we shared that with the players on Thursday.

"I've said it, the game is about lots of moments and we've come up short in a few moements and we're getting punished for it.

"We can turn that tide just as quickly by being more alert to those areas and continue striving to improve and we can turn it around, it's in our control to do that."

Nathan Ralph is set to see a specialist next week to find out the extent of his knee injury after the full-back was stretchered off early into the game against Salford in midweek.

It’s thought that Ralph could be out of action for an extended period and leaves the door open to Richard Taylor or Tom Clifford to fill the left-back berth.

John White and Simeon Akinola remain absent but are expected to return to full training next week, while Alan McCormack is not far behind as he continues his recovery from a calf problem.

Should he be fit for the weekend, James Vaughan is likely to be one of Tranmere’s main threats to Mark Molesley’s side at Prenton Park.

The experienced striker has been out of action following an outbreak of Covid-19 but he is available again for selection this weekend and will be looking to build on his good start to the season.

Vaughan already has five goals to his name with four of those coming in his last two appearances thanks to doubles in wins against Liverpool u21s in the EFL Trophy and Scunthorpe in the league.

Andy Woolmer takes charge of the game on Merseyside in what will be his first Blues game since April 2018 and a 1-0 defeat away to Blackburn Rovers.

He was also the referee that season as Blues beat Wigan Athletic 3-1 at Roots Hall.

Assisting him are Steven Meredith and Nik Barnard, with Philip Dermott Fourth Official.

Woolmer was the referee on Wednesday night as Watford beat Blackburn. In five games so far this season he is yet to issue a red card.

With fans still unable to attend matches in person, Blues fans can watch tomorrow’s clash with Tranmere by picking up a Match Pass for iFollow Blues for £10.

For more information on how you can get your Match Pass for Saturday’s game AND be in with a chance of winning a copy of the new FIFA 21 game, click here.

Southend United slipped to their third defeat in a row with a much-improved display that warranted more against Tranmere Rovers at Prenton Park, following goals from former Blues centre back Peter Clarke and a deflected strike by James Vaughan.

Blues started the game on the front foot and just two minutes in, following some great linkup play by Elvis Bwomono and Kyle Taylor down the right, the latter put James Olayinka through on goal down a channel, however, the angle tightened up for the on-loan Arsenal youngster who smashed the ball towards goal, forcing some sharp reflexes by Scott Davies in the Tranmere goal.

In the 13th minute Blues had a penalty shout as Tom Clifford swung in a dangerous corner which Davies struggled to deal with and punched the ball towards Jason Demetriou. Demetriou beat his marker to the ball just inside the box and was brought down, however, the referee Andy Woolmer waved away the protests.

Southend came forward again and won a free-kick around 30 yards out as Olayinka burst onto a loose ball and was brought down. Kyle Taylor took the resulting free-kick and his effort shaved Scott Davies left-hand post.

On the half-hour mark, despite starting as the better of the two, Southend United fell behind to a goal from former Blues centre back Peter Clarke, who met Liam Feeney’s free-kick from the right-wing and thumped a free header past Mark Oxley from around 10 yards out.

Blues finished the half the stronger side as some good play in the middle of the pitch saw the ball played out wide to Tom Clifford who crossed the ball in towards Emile Acquah. The striker met the ball around eight yards out after battling with his marker, but the young striker couldn’t keep his effort down and blazed the ball over the crossbar.

Following the half-time break, Blues once again started as the brighter side as Nathaniel-George and Clifford linked up well down the left-wing, seeing the latter being teed up for a strike just inside the penalty area which was destined for the bottom corner of the Tranmere goal but was cleared away by Clarke.

Blues suffered another cruel blow in a game that they had played so well in, as in the 52nd minute James Vaughan took a shot from 25 yards out which took a wicked deflection off Tim Dieng and flew into Oxley’s bottom left corner to double the hosts’ advantage.

Kyle Taylor would again come close for Blues just before the hour mark, as he evaded two Tranmere challenges following a good pass from Olayinka and bared down on the penalty area before hammering a shot over the crossbar.

With 20 minutes to go, James Vaughan came close to adding a third for Tranmere from a set-piece, as Blues continued to struggle in areal duels from set-pieces. Thankfully, Oxley pulled off a great save, diving high to his left to tip the ball wide of the goal.

In the 74th minute, Blues had another penalty shout waved away by referee Woolmer, as Kazaiah Sterling was in on goal and looked to have been shoved down by Mark Ellis, but it was deemed that Ellis had not committed a foul by the referee.

With very little time remaining, Southend looked for a route back into contention as Bwomono fired a ball across the penalty area, which second-half substitute Brandon Goodship met, but couldn’t direct his header into the goal.

Mark Moseley’s men can take encouragement from this afternoon’s performance, despite the result not going his side’s way. Blues will be back in action on Tuesday as they look for their first league win of the season against Oldham Athletic at Roots Hall. 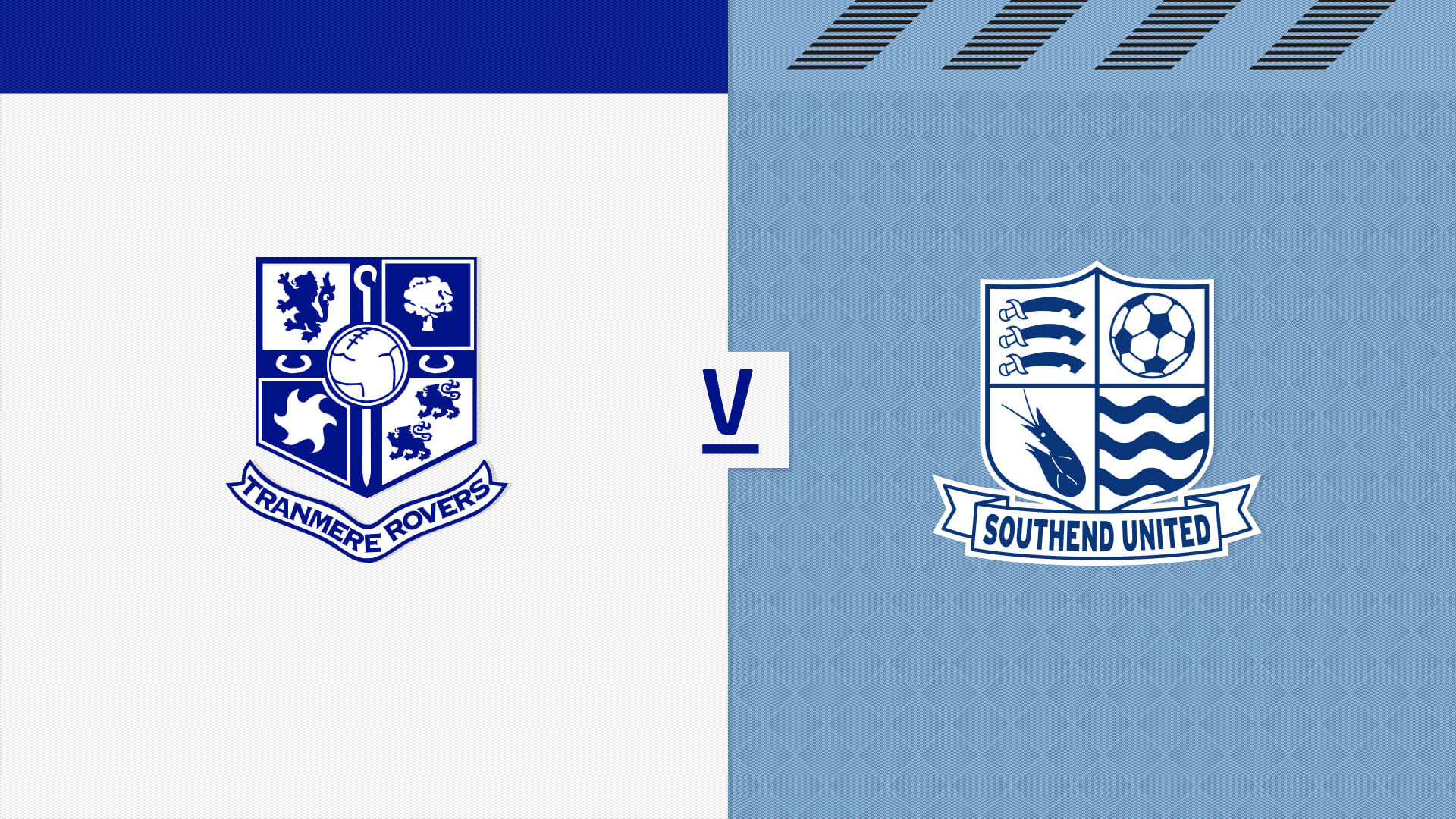 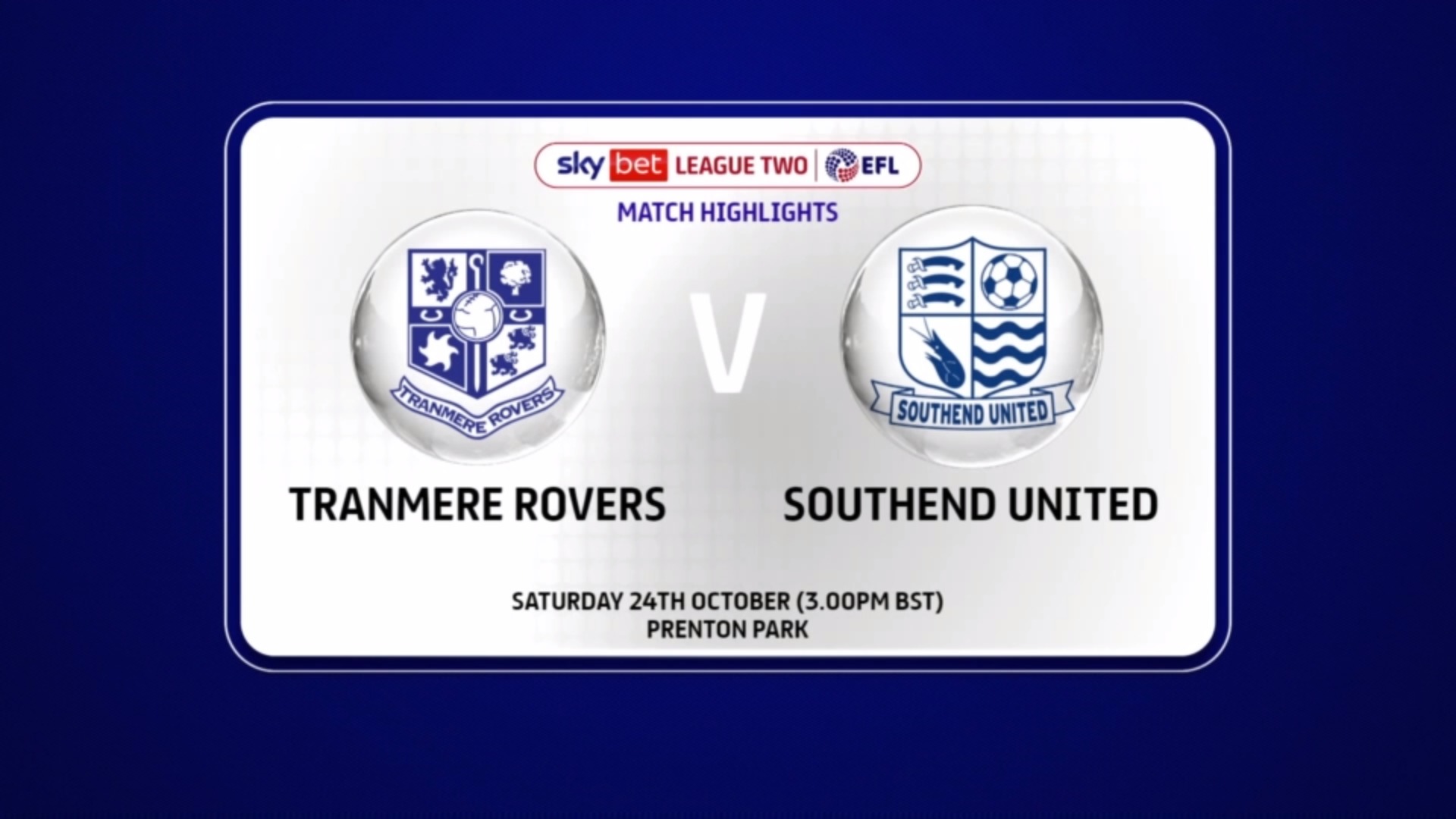 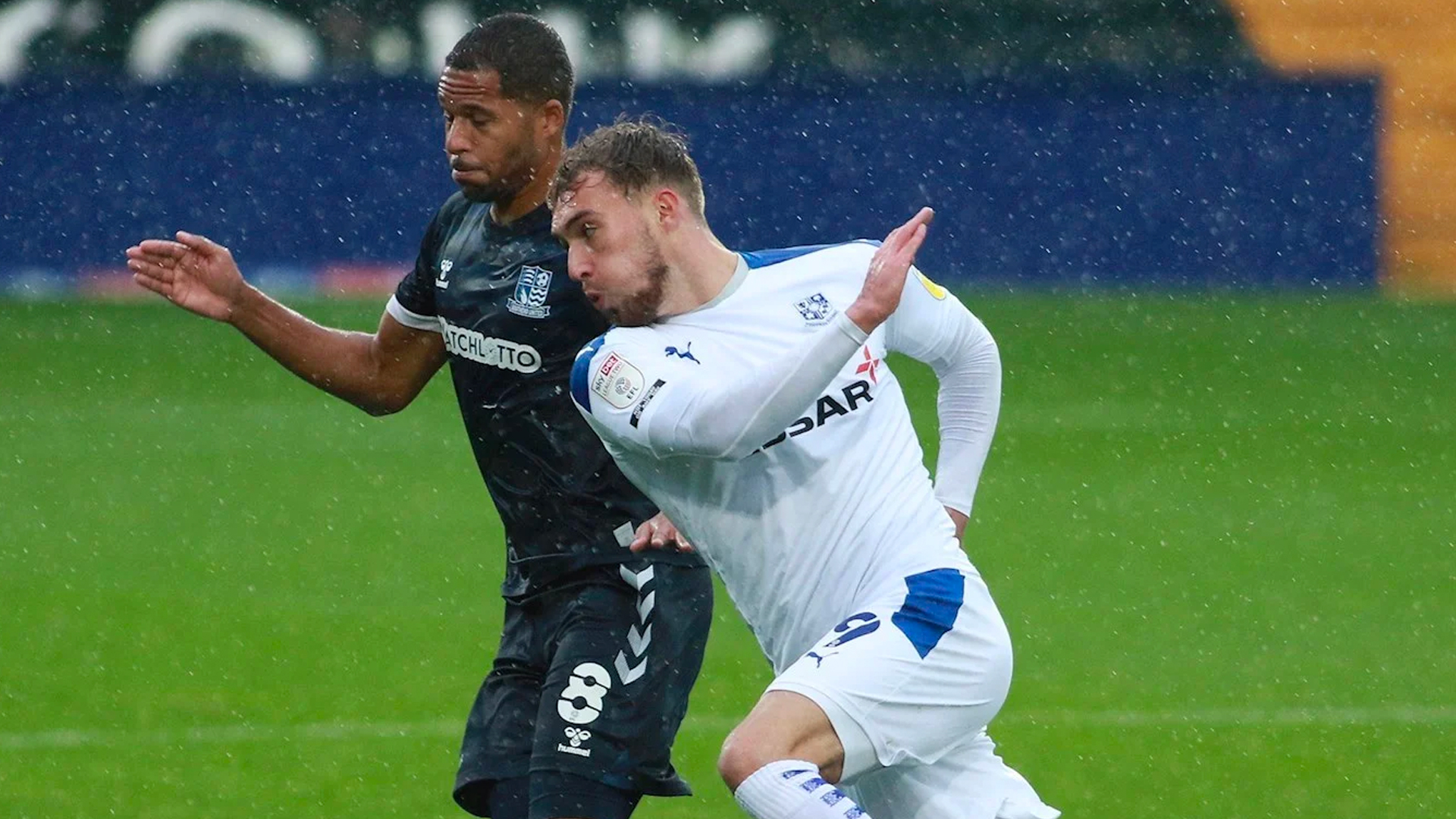