Matchday two of the EFL Trophy sees League One Portsmouth visit Roots Hall in Southern Group A tonight, in what is a repeat of the 2018/19 third round stage game.

An understrength Pompey side beat Chris Powell’s Southend 2-0 that night on their way to lifting the trophy at Wembley in March 2019.

This meeting, however, comes at the group stage, with both sides having played out contrasting first results in the competition. Last time out Blues were beaten at home to West Ham United U21s 3-1, while Pompey picked up a 2-0 victory against Colchester United.

Due to West Ham’s victory against Colchester United a week ago, Mark Molesley’s side know defeat tonight will send them out of the competition at the group stage for the second consecutive season.

Blues picked up a deserved point away to Crawley Town on Saturday.

That would have lifted the mood around the squad at the start of a packed-out October which sees Southend play five games at Roots Hall, with trips to Salford and Tranmere sandwiched in-between.

Kenny Jacket’s side also had a positive performance and result, picking up their first league win away to Burton Albion as they prevailed 4-2 at the Pirelli Stadium.

Prior to that Pompey had drawn two league games 0-0 and lost at home to Wigan Athletic.

The home side extended their lead through a contentious Ellis Harrison effort shortly after the interval before Brandon Goodship scored with 20 minutes remaining.

But another Harrison goal, this time from the penalty spot, would restore Pompey’s two-goal lead with Marcus Harness’ deflected effort rounding off the scoring for Kenny Jackett’s side.

"We’ve got to be careful,” said Molesley.

"We’ve got some minutes into Harry (Lennon) now but we will have to assess everyone and see just how we can put our best foot forward for the game.

"We have to protect the players coming back but it’s difficult for us because we’re so stretched at the moment.

"We’ve got to get the best from the players and we have to keep building but we can’t afford to take any risks.”

Mark Molesley will definitely be without Elvis Bwomono who is away on international duty with Uganda.

Timothee Dieng and Harry Lennon featured at the weekend, the latter playing through the pain barrier, and it remains to be seen whether that will prevent his involvement tonight and beyond.

Alan McCormack, Simeon Akinola and John White remain sidelined but new signing Ashley Nathaniel-George is eligible and could be handed his debut. If that were to happen it would likely come off the bench, with Molesley telling southendunited.co.uk it will take some time for the winger to get up to full fitness.

"We need to be careful. He will be in training this week so we'll assess where he's at physically, but he’s probably going to take a couple of weeks to get up to speed because he hasn’t done too much in the last couple of weeks.

"We need to be careful, and that goes for a lot of transfers coming into the club at this stage because they might be a little bit behind in their match fitness."

Paul Howard takes charge of proceedings tonight in what is his fourth match of the season.
This is Howard’s first season as an EFL referee making it also the first time he’s refereed a Southend game.

Last weekend he was ref of Colchester United’s 3-3 draw with Oldham Athletic.

Blues fans in the UK can watch the game by picking up an iFollow Blues Match Pass for £10.

Fans overseas will be able to view on Season Passes or by purchasing a match pass at £7.

Southend’s EFL Trophy campaign came to an end as they were beaten 3-0 by Portsmouth thanks to goals from John Marquis and a brace from Ronan Curtis at Roots Hall.

Blues knew going into this evening that defeat would spell the end of their campaign at the group stages and they faced a tough test to keep their hopes of the knockout rounds alive against League One side Portsmouth.

The visitors, who are not only the holders of the trophy but also one of the finalists in last season’s yet to be rearranged final, were on the front foot from the start and saw Ben Close and Ryan Williams shoot just wide before Rasmus Nicolaisen fired over from a Pompey set-piece.

Williams forced a first save of the evening out of Oxley who had to use his feet to get a low strike away from danger before Southend had their first chance of the evening when Tom Clifford had a free-kick in scoring range that struck the Portsmouth wall.

Clifford though would give the visitors the chance to open the scoring when he brought down Haji Mnoga inside the box for a penalty. John Marquis stepped up to confidently send Oxley the wrong way and put Portsmouth into the lead.

Blues responded well with Timothee Dieng glancing a Terell Egbri free-kick towards goal that needed to be saved by goalkeeper Alex Bass, but Pompey would double their advantage before the break after a Ronan Curtis 30-yard strike took a wicked deflection to deceive Oxley.

Mark Molesley didn’t want to take any further risk with Dieng’s fitness so he was replaced at the interval by Kenny Coker, but Molesley was forced into a second change shortly after the break when Lewis Gard’s evening ended with him leaving on a stretcher.

The young midfielder had previously suffered a severe knee injury in this competition two years ago and he appeared to be in a lot of pain as he left the field. After an extended stoppage in play, he was replaced by Oli Coker for his Southend debut.

Portsmouth looked to push home their advantage and saw chances for Cameron Pring and Nicolaisen go begging before Harry Kyprianou forced a superb fingertip save out of Bass with a header that needed tipping over the bar.

New signing Ashley Nathaniel-Geroge was brought on with a quarter of an hour remaining but he was unable to turn the fortunes of Blues who fell further behind when Curtis curled in a second of the evening as Southend bowed out of the EFL Trophy at the group stages. 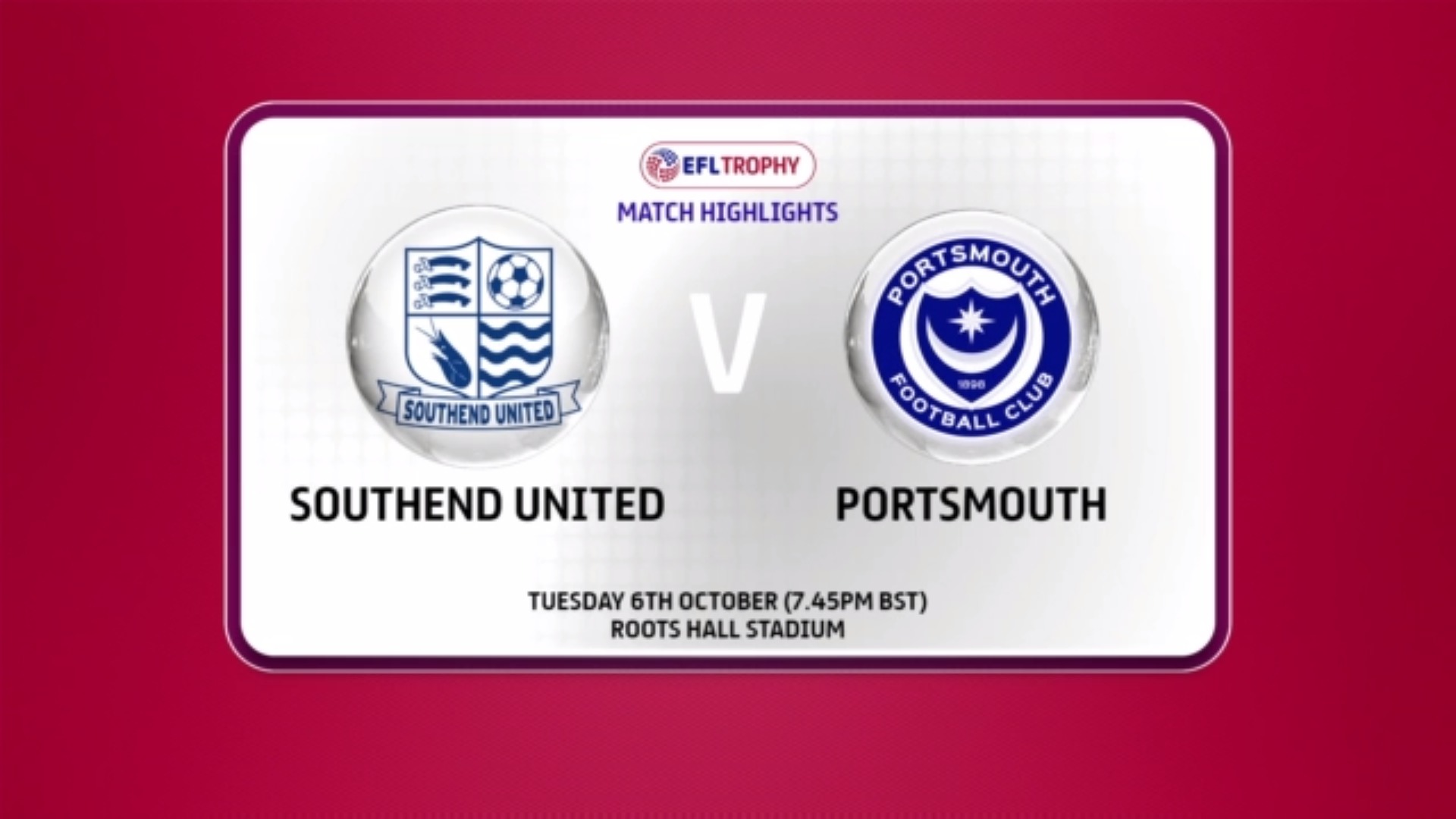 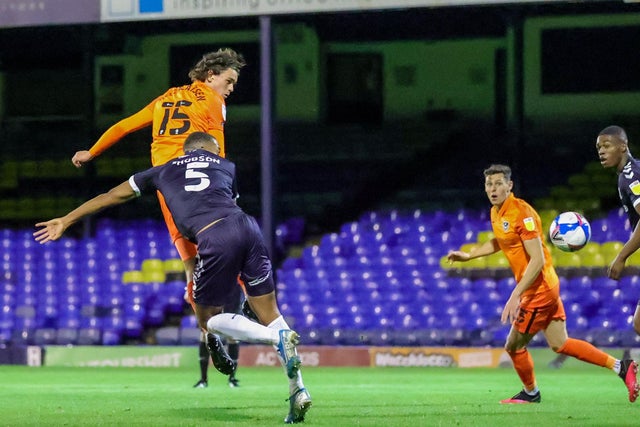 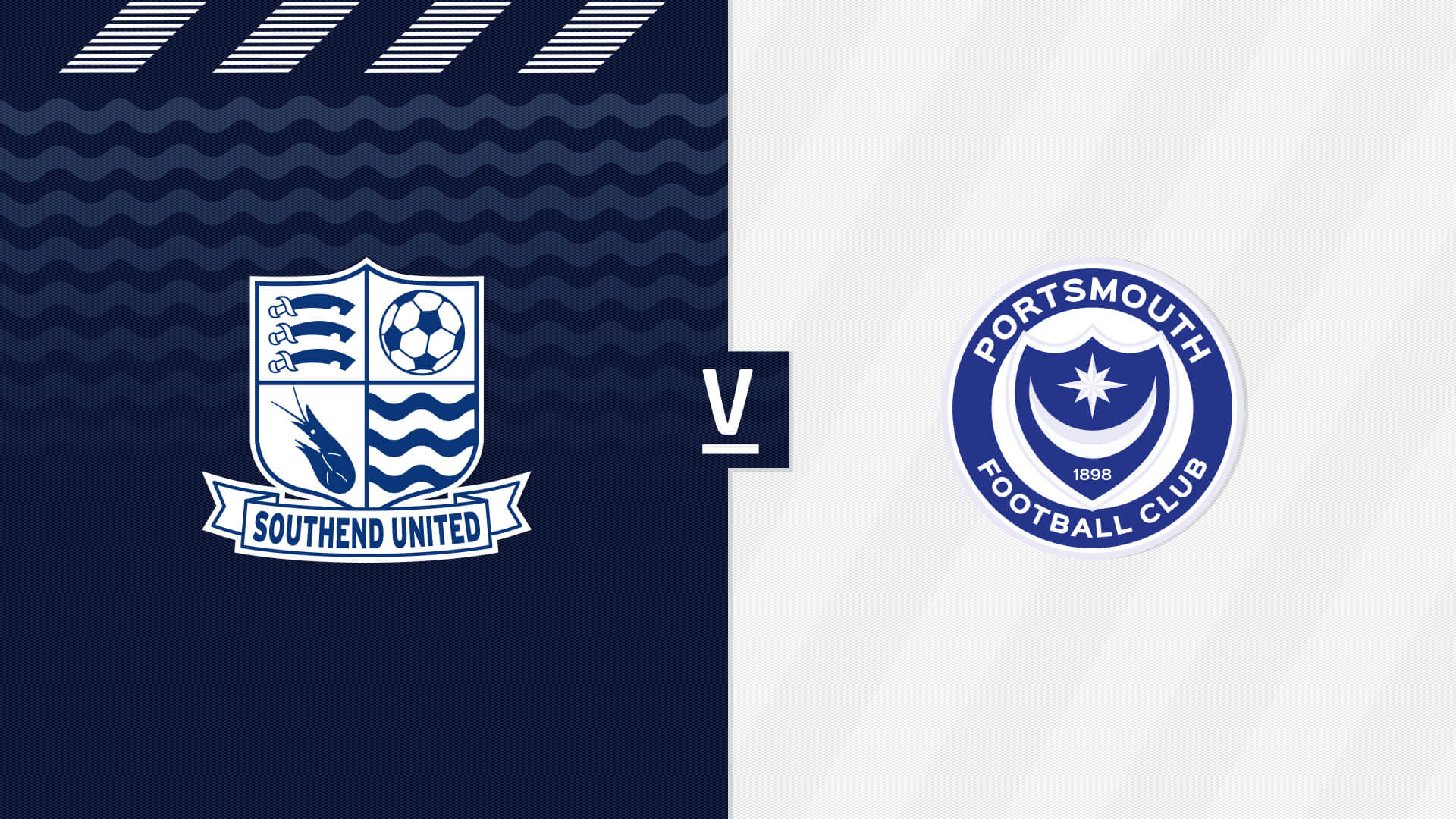