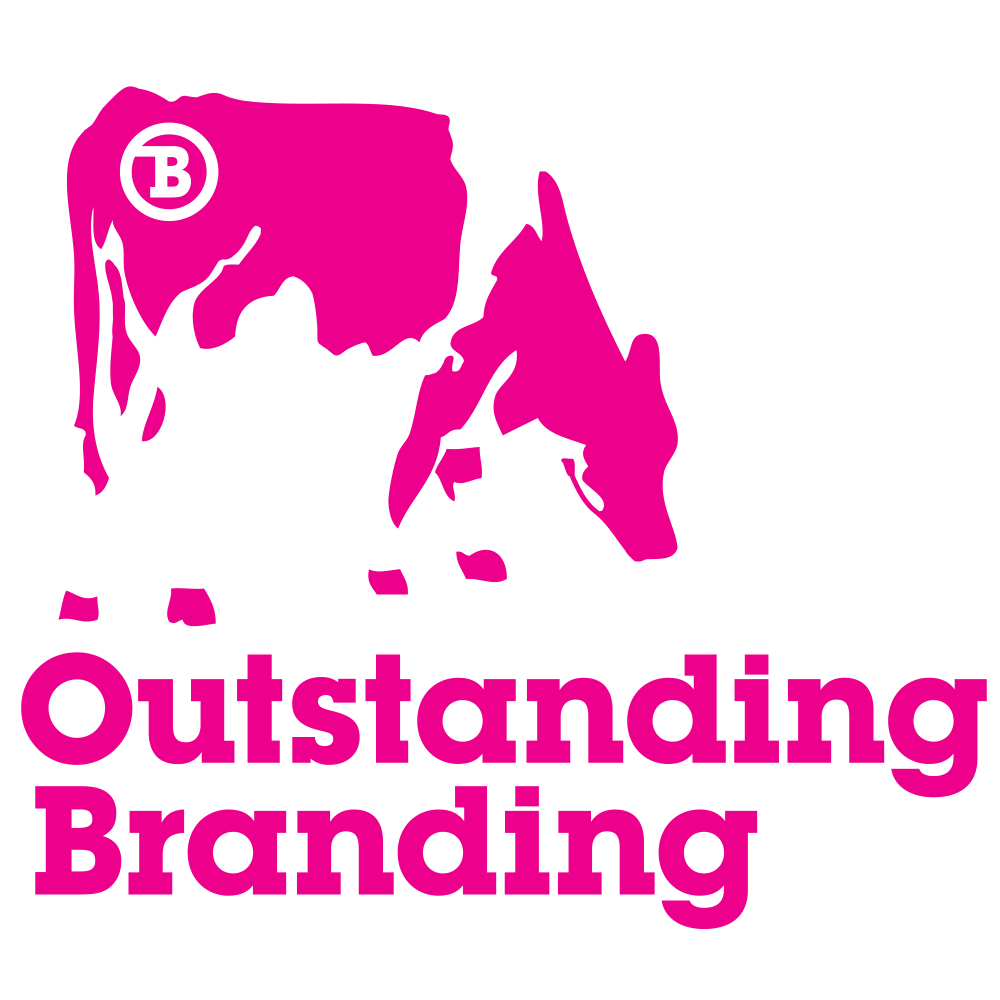 Following back-to-back away trips, Blues are back home this evening for the first of two successive home games as they entertain Oldham Athletic at Roots Hall (7.00pm KO).

Mark Molesley’s side came back empty-handed after defeats to Salford and Tranmere and will hope that under the lights in Essex that their fortunes will change with a first league win.

In their way are an Oldham side who too lost at the weekend and will be without their manager, Harry Kewell, in the dugout as he continues to self-isolate after testing positive for Coronavirus.

Blues currently sit bottom of the table in League Two after picking up just two points from their eight games so far thanks to draws against Crawley and Exeter.

Last weekend saw Southend lose 2-0 to Tranmere Rovers at Prenton Park despite dominating for large periods, having fallen to a 3-0 defeat to Salford City on the road last week.

Oldham come into tonight three points clear of Southend and just a point outside the relegation zone, with The Latics picking up one win and two draws from their last six league games.

Southend put Oldham to the sword the last time these two sides met in 2018 as Blues picked up a 3-0 win at Boundary Park to edge The Latics closer to relegation from League One.

Theo Robinson opened the scoring after just five minutes tapping in from close range before a quick-fire double from Simon Cox in the second-half secured all three points for Blues.

"The next game is always the most important game.

"We're well aware of the task at hand and another tough challenge awaits but one we can't wait to tackle, especially after the disappointment of Saturday, we can't wait to get back out there to try and get that elusive win.

"Ultimately, the aim of football is about what you do in both penalty boxes and we know we have to sharpen up at both ends, we'll certainly be looking to do that, but on the whole Saturday was a positive performance and I'm sure if we perform to that level and sharpen up in both boxes those wins aren't far away.

"We created a lot more chances, had a lot of the ball and used it well and unfortunately couldn't find that breakthrough, and goals do change games.

"One was a set play against the run of play and the other was a cruel deflection. At the moment those things are going against us but as I’ve said all along, we’ll never feel sorry for ourselves.

"We need to pick ourselves up, dust ourselves down and come out fighting."

Speaking after the defeat to Tranmere on Saturday, Molesley didn’t expect there to be any returning faces available for tonight’s visit of Oldham.

John White has returned to training and has taken part in a light session but is highly unlikely to feature, while Molesley is hopeful that Simeon Akinola will join in with training later this week.

Alan McCormack is edging closer to a return, while Nathan Ralph is waiting on a scan this week to find out the extent of his knee injury picked up against Salford, ruling him out of tonight's game.

Only one person we could possibly choose as dangerman tonight and that is Oldham striker Conor McAleny who already has eight goals to his name so far this season.

McAleny joined Oldham in the summer from Fleetwood and immediately found his shooting boots with goals against Carlisle, Crawley, Colchester, Morecambe, and Wolves u21s.

The 28-year-old though is going through a bit of a dry spell with no goal in his last three, but having scored eight in his first eight appearances this season, he is undoubtedly going to be a huge threat.

Christopher Sarginson will be the man in charge this evening at Roots Hall, being assisted by Gregory Read and Adrian Tranter, while David Rock comes in as the fourth official.

Sarginson has been refereeing in the Football League for 12 years now and so far this season has taken charge of seven matches, issuing 19 yellow cards and one red.

The last time the Staffordshire ref officiated Blues was in last season’s Carabao Cup where he oversaw Southend 2-1 win against Stevenage back in August 2019.

With fans still unable to attend matches in person, Blues fans can watch tonight’s clash with Oldham by picking up a Match Pass for iFollow Blues for £10.

The Match Pass allows you to view the game on your laptop, computer, tablet, or mobile device, and Season Card holders have been sent their unique access codes.

After a cagey first-half short of clear chances for either side, the visitors took the lead four minutes after the restart when Bobby Grant tapped in from close range after getting on the end of a Davis Keillor-Dunn cross across the face of goal.

Southend rode their luck a little as Conor McAleny struck the foot of the post before forcing a save out of Mark Oxley moments later, but Blues looked to have made Oldham rue those missed chances as Tom Clifford curled a beautiful free-kick beyond Ian Lawlor to level it up.

Blues though would be caught late on after losing the ball in the middle of the pitch, allowing Oldham to launch into a counter-attack which ended with Dearnley rounding Mark Oxley and sliding in the winner for the visitors.

Blues boss Mark Molesley had kept faith with the side that lost at Prenton Park on Saturday as he named an unchanged line-up against The Latics with Southend still looking for their first win of the season.

Oldham sat just three points above Southend in the table coming into tonight and travelled without their manager, Harry Kewell, who’d tested positive for coronavirus. Alan Maybury stepped in for the absent Australian and he made six changes to the side that lost to Port Vale on Saturday.

With both sides short of form, it was understandably a cagey affair in the first-half with Jason Demetriou slashing an effort well wide before Dylan Fage and Kyle Jameson had efforts fly off target for the visitors.

James Olayinka was next to fire off target before Southend had yet another penalty decision go against them as Ashley Nathaniel-George found space in the box and appeared to be brought down by Brice Ntambwe as he got his shot away.

That was now five penalty shouts in three games, none of which had gone the way of Molesley’s side, but Blues continued to press ahead and had further chances fall to Olayinka, Elvis Bwomono and Kyle Taylor all come and go as it remained goalless at the interval.

Shortly after the restart though, Oldham would break the deadlock as Bobby Grant put the visitors in front. Davis Keillor-Dunn found enough space on the left to flash a cross across the face of goal, finding the unmarked Grant who tapped in the opener.

Molesley immediately switched things up by bringing on Kazaiah Sterling for Emile Acquah but it was the visitors who almost grabbed a second goal as Conor McAleny had two chances in the space of a minute come and go.

The Oldham frontman was unlucky to see a low drive from outside the box strike the post and bounce clear. McAleny then found space inside the area to fire at Mark Oxley, forcing a reaction save out of the Southend stopper.

With a little over a quarter of an hour remaining, Southend had a chance to equalise when Terrell Egbri was brought down by Carl Piergianni on the edge of the penalty box, giving Blues a free-kick in dangerous territory.

Tom Clifford and Kyle Taylor stood over the set-piece with the former taking the chance with perfection as Clifford curled the ball over the wall and into the back off the net, kissing the inside of the post on the way through, for his first senior goal for Southend.

The left-back’s superb strike had Southend’s tails up as they searched for a winner and they went within millimetres of scoring again from another free-kick, this time with Brandon Goodship smacking the crossbar from 20-yards out.

Egbri then had a chance of his own that needed Ian Lawlor to parry his shot wide for a corner before Oldham inflicted the dagger blow to Blues in the final seconds of normal time as The Latics nicked the win on the counter-attack with Zak Dearnley scoring late on.

After losing the ball in the middle of the park, Oldham put Dearnley through with a defence-splitting pass allowing Dearnley to round Oxley and score into an empty net to secure the visitors all three points. 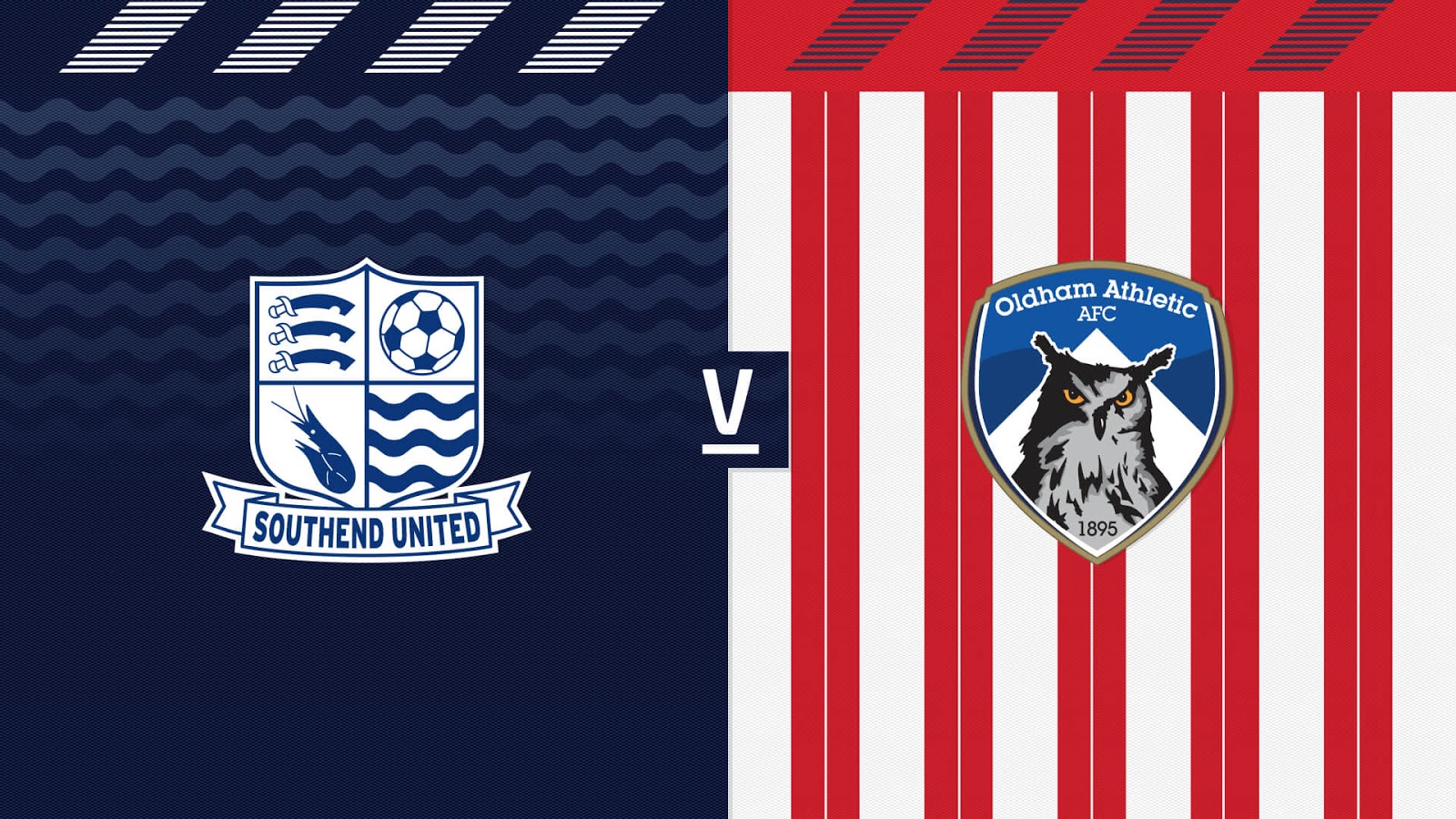 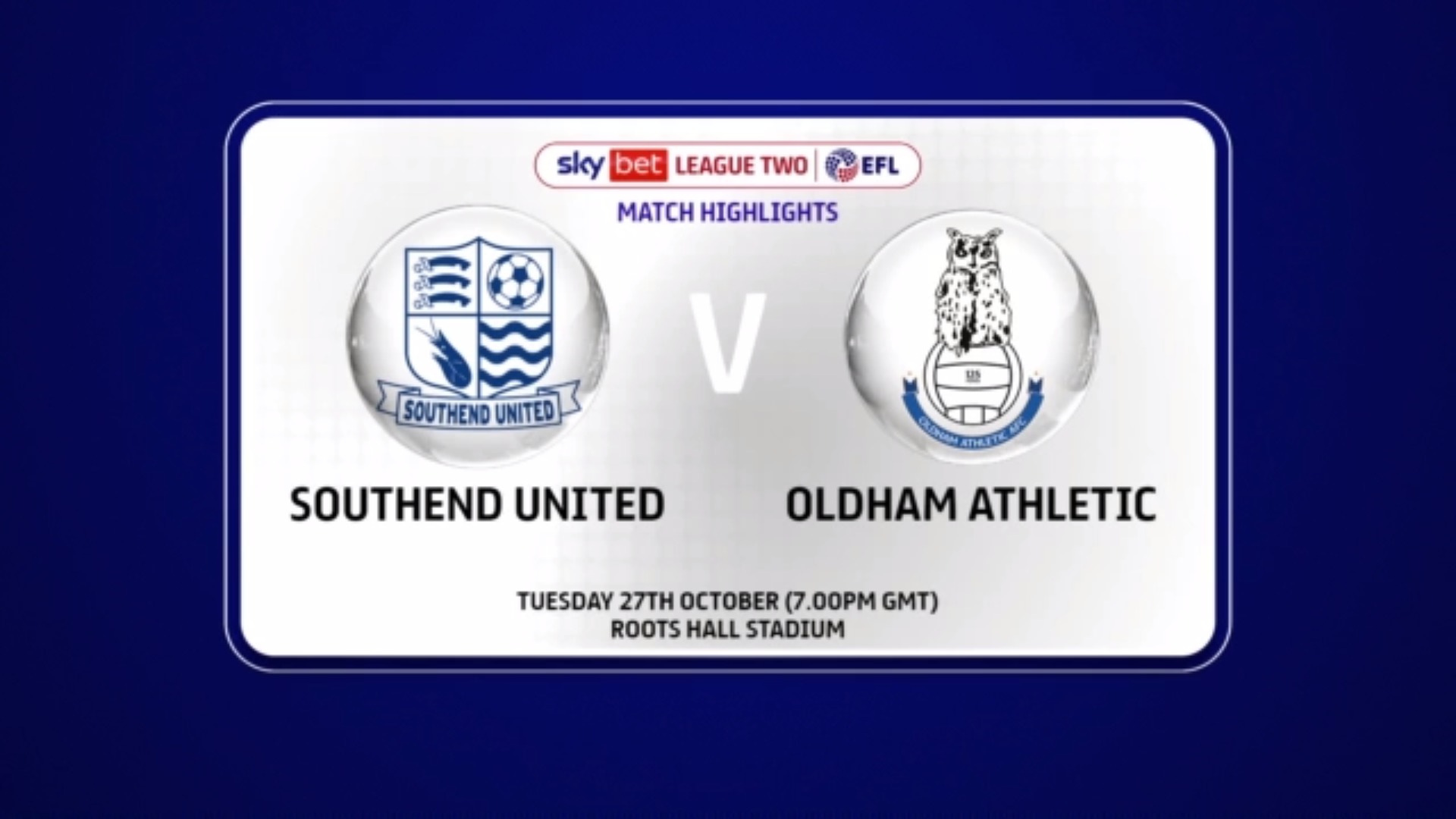 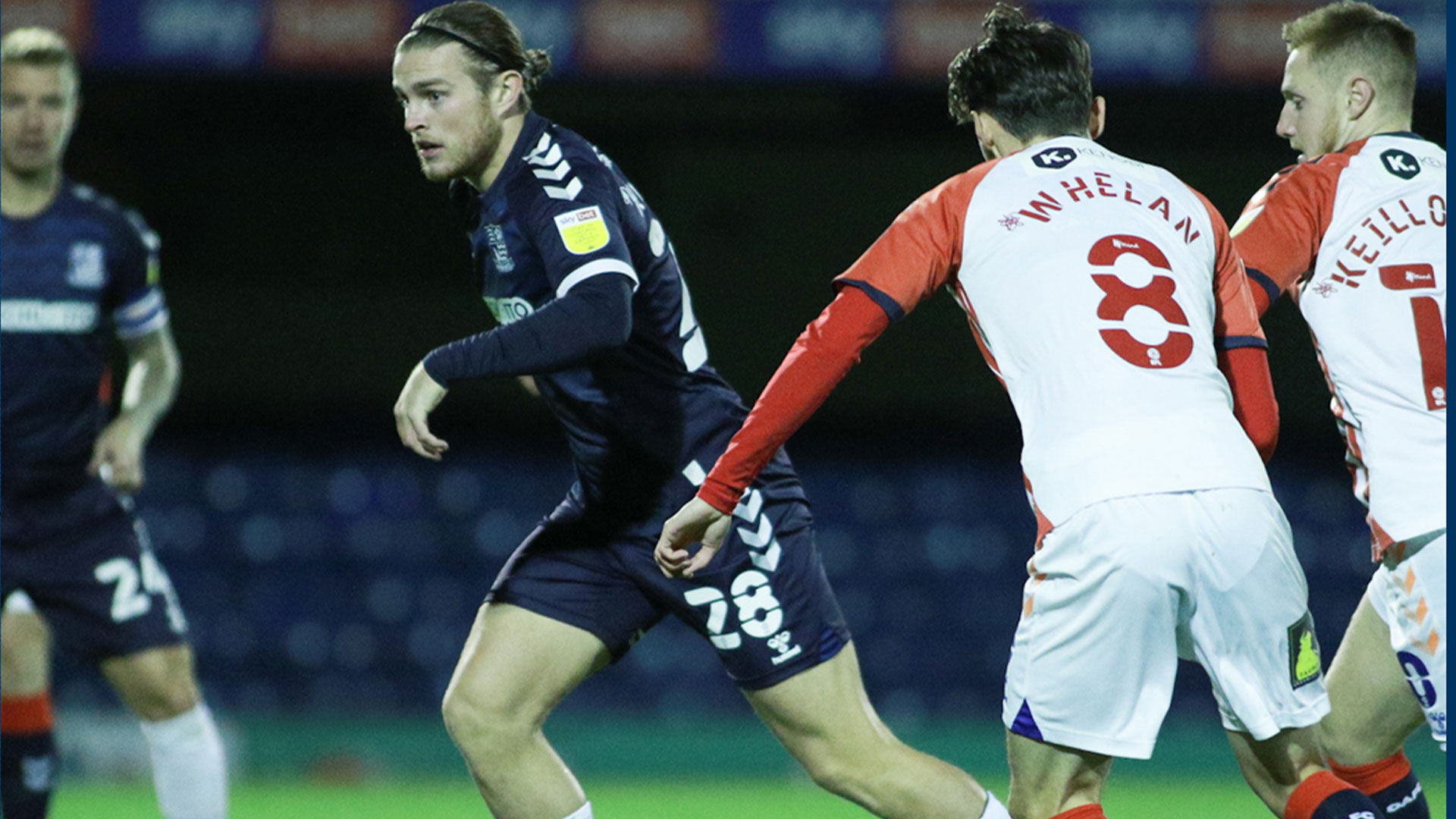