Blues are back in league action this weekend as they entertain last season’s League Two play-off finalists Exeter City at Roots Hall on Saturday.

The Grecians are always there or thereabouts when it comes to the chase for promotion so they will no doubt offer a stern test of Molesley’s Southend.

Following last weekend’s deserved draw against Crawley, which got Blues off the mark for the season, Southend will be hoping to build on that point by picking up a first win of the campaign.

Last Saturday’s 1-1 draw against Crawley lifted Blues off the foot of the table and ended a run of three successive defeats in the league.

Since the opening day defeat to Harrogate, Molesley’s side has shown continued improvement game-on-game although it’s yet to garner them a win thus far.

Exeter travel across from the South West in good form having won their last two league matches, with a win away at Mansfield followed up by a home victory against Cambridge United.

No Blues fan will forget this victory in a hurry as Michael Timlin’s injury-time strike secured Southend a precious three points at St. James Park in the side’s previous meeting.

With both sides chasing automatic promotion, it looked like the points would be shared until Timlin popped up in the second minute of added time to prod home the winner.

"They’re a very experienced team at this level and were in the play-offs last season.

"They are an experienced team and they set the standard because they’ve been up the top end of this league in the last few years."

Southend will be without right-back Elvis Bwomono as he’s currently away on international duty with Uganda at a training camp.

Harry Lennon fought through the pain barrier to play over an hour last weekend against Crawley and Molesley will make a late decision on whether to pick the centre-back this weekend.

Simeon Akinola and Alan McCormack are both out, while John White’s recovery is picking up pace with Molesley hopeful he’ll be able to resume full training in the coming weeks.

The one to watch this weekend is one of a raft of Exeter youth products that have been making a splash in the first team, and that’s midfielder Joel Randall.

Randall has featured in all of Exeter’s games so far this campaign and has scored twice in four league outings, notching against Salford City and last weekend against Cambridge United.

The 20-year-old is a skilful and tricky winger, and someone Molesley should be very familiar with after Randall spent a month on loan at the boss’ former club Weymouth at the end of 2019.

Kevin Johnson will take charge of proceedings this Saturday, being assisted by Gareth Viccars and Alasdair Ross, while Gregory Read fills in as the fourth official.

Johnson last officiated Southend in Blues’ first home game of last season which ended in a 3-1 defeat to Blackpool in August 2019.

So far this season, Johnson has refereed just the three matches, issuing nine yellows and no reds, and was last seen at Swindon’s 4-2 win at home against Burton Albion in League One.

With fans still unable to attend matches in person, Blues fans can watch tomorrow’s clash with Exeter by picking up a Match Pass for iFollow Blues for £10.

Southend were seconds away from their first win of the season only for Alex Fisher’s 95th minute strike to snatch Exeter a point in a 2-2 draw at Roots Hall.

During an even first-half, Brandon Goodship put Mark Molesley’s side in front with a superbly taken effort from the edge of the area. Picking up Terrell Egbri’s cross before finding the bottom corner with a left-footed strike.

Exeter though levelled just before the interval after a loose clearance from Mark Oxley was latched upon allowing the Grecians to pour forward and play in Joel Randall to slide in the equaliser and his third goal of the season.

The visitors started the second half bright but Blues wrestled back control and were given the chance to go back in front from the penalty spot after debutant Kazaiah Sterling was shoved over inside the area, leaving Jason Demetriou to step up and score what looked to be the winner.

But with Exeter’s last attack five minutes into a minimum of four added on, Fisher stepped up and curled a shot beyond Mark Oxley and into the top corner to steal a point from the jaws of defeat and leave the exhausted Southend players on the floor.

Victory for Blues would have been a first under Molesley since he took over in August but the point did lift Southend out of the relegation places and continued the upward trend that Blues have shown game-to-game since Molesley’s introduction.

Last weekend, Blues got off the mark in the league with a 1-1 draw against Crawley and boss Mark Molesley chose to make just the two changes for the visit of Exeter, with Timothee Dieng coming in along with new loan signing Kazaiah Sterling, replacing Tom Clifford and Richard Taylor.

Exeter were coming into this weekend off the back of successive victories and they were first to threaten when Matt Jay sent a free-kick harmlessly wide before Brandon Goodship had Blues’ first effort on goal with a shot that was charged down on the edge of the Exeter area.

Goodship though would go one better in the 26th minute and put Southend in front with a superbly taken effort. Some neat skill from Kyle Taylor allowed him to find Terrell Egbri down the right, with his cross falling to Goodship who drilled a left-footed strike into the bottom corner.

Molesley’s side were worth their one-goal advantage but they were immediately put under pressure by the Grecians and they went close to levelling when Randell Williams received the ball inside the box only for Jason Demetriou to put his body on the line to block his effort.

Southend would survive another scare when a miscontrol from Harry Lennon lead to Ryan Bowman having a chance, but the visitors would level matters five minutes before the interval with Joel Randall scoring his third goal of the season.

A loose ball out from the back from Mark Oxley was latched upon in the middle of the park, leading to the young winger being played in and sliding the ball beyond the advancing Southend stopped to equalise and send the two sides into the break on level terms.

Having ended the first-half on the front, Exeter carried that momentum into the second-half too and forced a save out of Oxley five minutes after the restart. Randall did well to get to the byline, cutting the ball back to Jay whose curling effort was tipped away.

The Grecians kept coming forward but Southend would grab back control of the game and just after the hour mark, were given the chance to retake the lead from the penalty spot after Lewis Page fouled Sterling inside the penalty area.

Page was adjudged to have shoved the Tottenham loanee to the ground with referee Kevin Johnson immediately pointing to the spot. Jason Demetriou, always reliable from 12-yards, stepped up the take the penalty and sent Lewis Ward the wrong way to put Blues back in front.

Demetriou’s spot-kick had Southend on course for their first win of the league campaign but Exeter weren’t going to lay down lightly as they replaced a defender for a striker in the form of Alex Fisher coming on for Rory McCardle.

And the introduction of Fisher would prove pivotal for the visitors who snatched a point with the last kick of the afternoon. With four minutes added on, Exeter threw everything forward for one last chance and saw Fisher curl the ball into the top corner to break Southend hearts. 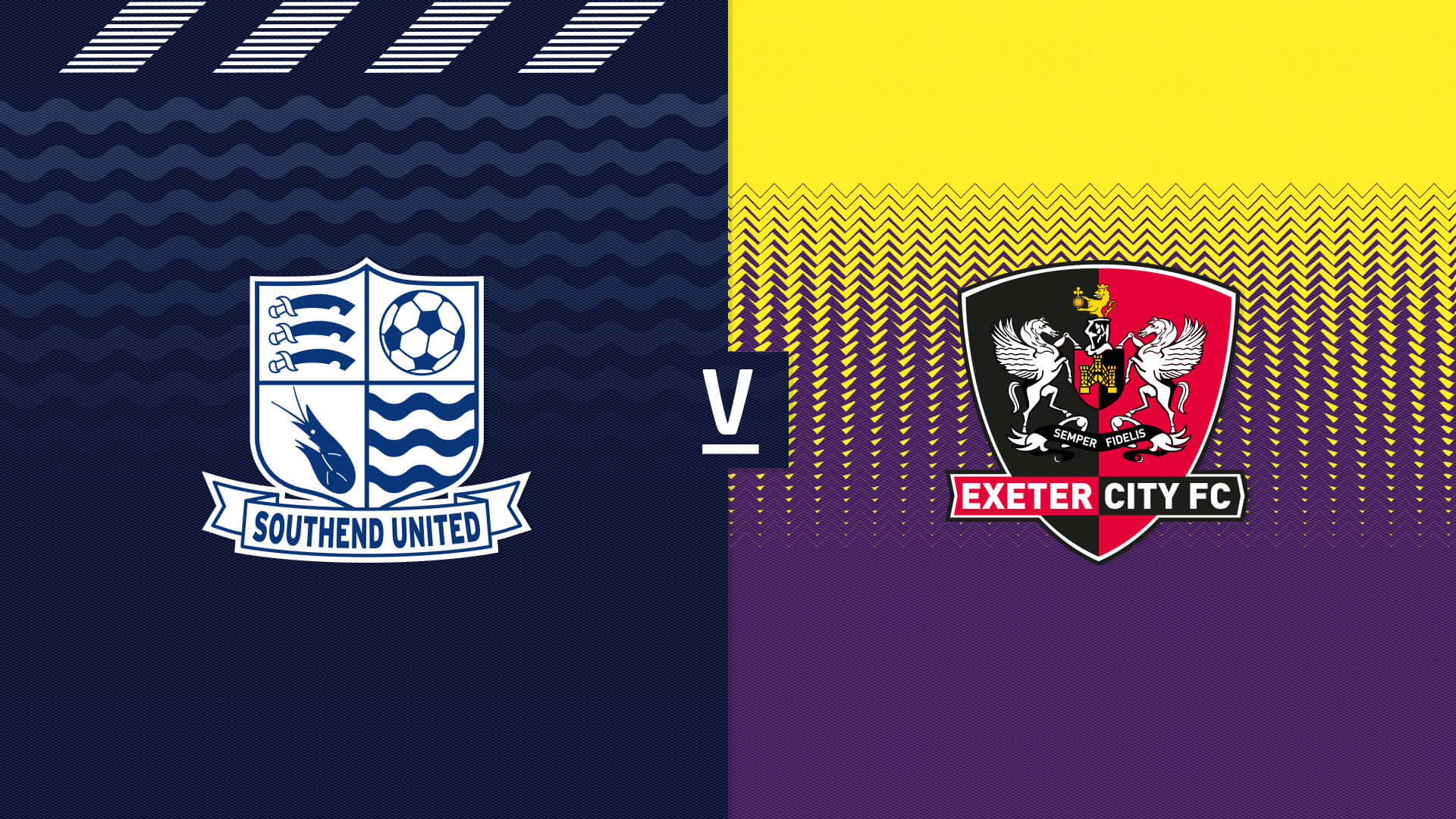 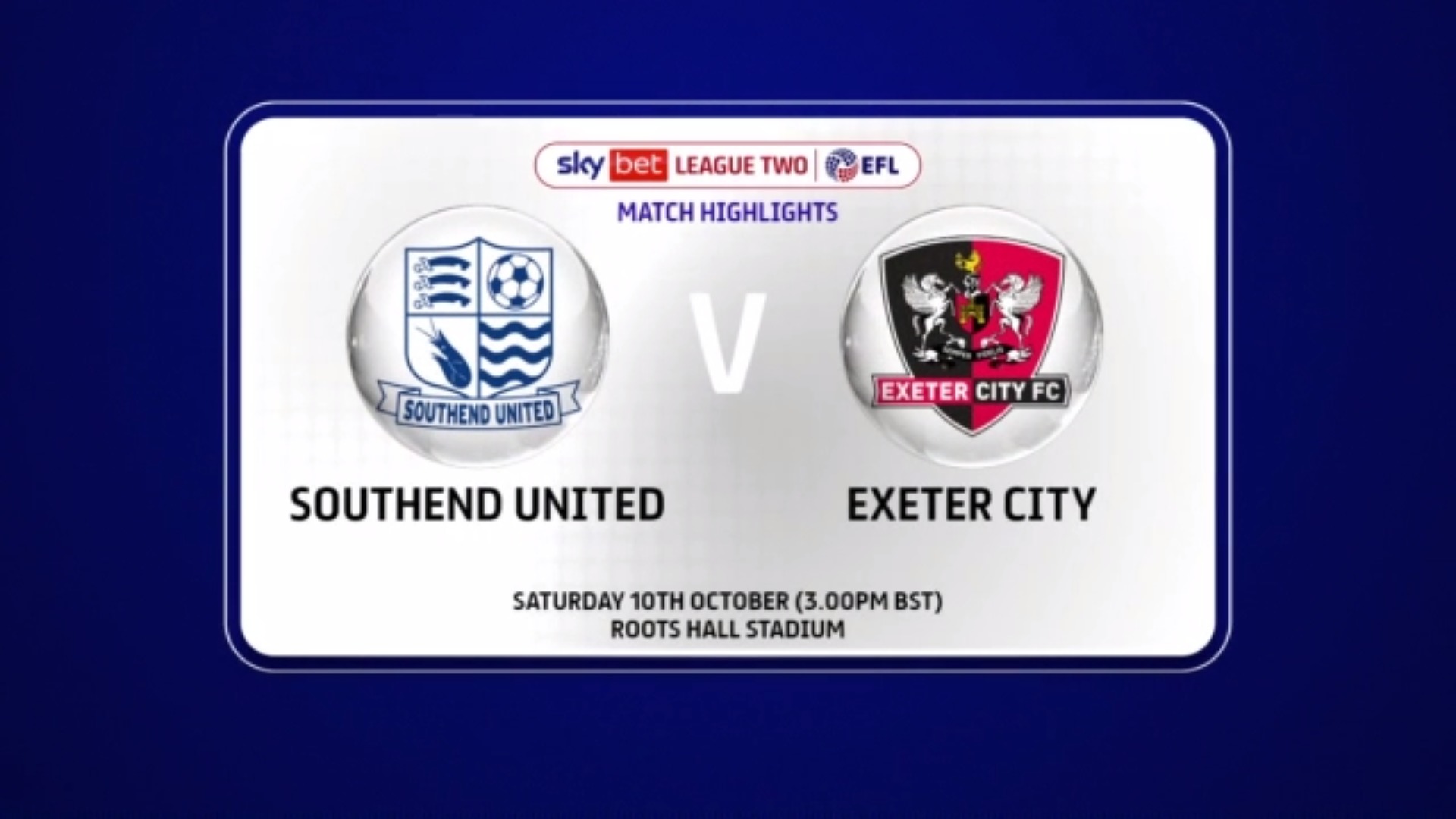 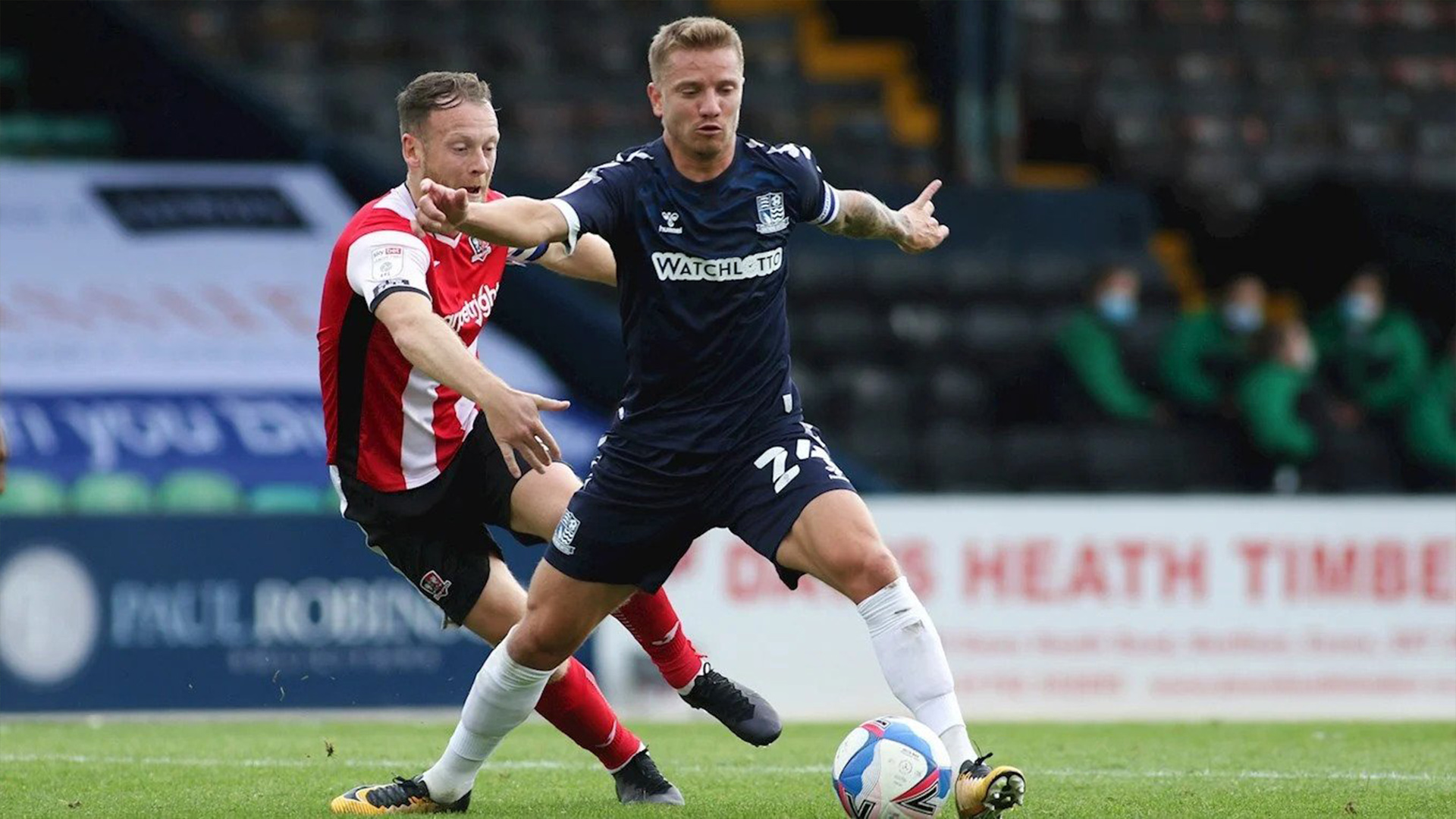