Southend United are back at Roots Hall this Saturday looking to secure their first win of the season as they welcome Cheltenham Town to Essex.

Blues were seconds away from three points last time out against Exeter and boss Mark Molesley wants his side to use that frustration to ‘fuel their fire’ ahead of a busy week.

With back-to-back away trips to come against Salford and Tranmere, Southend will want to make the most of home advantage against Michael Duff’s Robins.

Blues are without a win from their opening five games of the season, but week-on-week have shown improved performances which have earnt them successive draws against Crawley and Exeter.

The 1-1 draw at Crawley was enough for Southend to get off the mark for the season before they were cruelly denied a first win of the campaign against the Grecians thanks to a late, late strike.

Cheltenham had been in good form with three league wins and three clean sheets in a row before their midweek defeat at home to Grimsby Town on Tuesday.

Pigott fired in from close range inside 10 minutes to give Blues the lead before doubling their advantage after getting on the end of a Ben Coker free-kick to head in a second.

"Upon reflection [of last week] there were plenty of positives. I think we can see we're making steps forward and getting better.

"We've got to make sure we use that as a platform and a foundation to keep building on. We need to keep making sure we're better, keep working hard and believing in ourselves.

"This league throws out a tough challenge every week whoever you're playing.

"Cheltenham went very close to getting promoted last year and have got a very good group of players. From our own research and analysis they're one of the strongest teams in the league, so we've got to be ready for that challenge.

"We have to be able to win games in multiple ways ourselves and deal with multiple threats from them."

Southend will be boosted by the return of Elvis Bwomono this weekend who returns from international duty after attending a training camp with the Ugandan national team.

Fellow defender John White is back in training, as is midfielder Alan McCormack, though both aren’t expected to feature this weekend as they continue to regain their fitness.

Simeon Akinola is another that needs a little more time thanks to a persistent injury preventing him from making his Blues debut, but Brandon Goodship should be fit after limping off last weekend.

Andy Williams has been rolling back the years for Cheltenham this season and is certainly the one Blues should be looking out for this weekend.

The experienced striker helped steer Northampton to play-off victory last season, scoring in the final against Exeter at Wembley, and he has been in fine form since joining The Robins in the summer.

Williams has scored in three of his last four matches for this weekend’s visitors, with goals against Tranmere, Crawley and Grimsby under his belt.

James Oldham is the referee in charge of proceedings this Saturday. Paul Kelly and Michael Webb will be his two assistants while Joseph Stokes slots in as the fourth official.

Last season was Oldham’s first in the Football League and this weekend will be the third time he’s taken charge of Blues having officiated both matches against Bristol Rovers last campaign.

That 3-1 win against Rovers back in March was Southend’s last match before the season was curtailed and also their last league win, so maybe a good omen for tomorrow afternoon?

With fans still unable to attend matches in person, Blues fans can watch tomorrow’s clash with Cheltenham by picking up a Match Pass for iFollow Blues for £10.

Southend United fell to a 2-0 defeat against Cheltenham Town at Roots Hall as goals from Liam Sercombe, from the penalty spot, and George Lloyd secured the points for The Robins.

The visitors went in front after 10 minutes when Kyle Taylor fouled Lloyd in the penalty area, with Sercombe stepping forward to take the spot-kick and squeeze the ball in through the legs of Mark Oxley.

Blues’ best opportunities fell to Brandon Goodship who had a couple of good chances in the first-half but Southend struggled to test Josh Griffiths in the Cheltenham goal, and the visitors would increase their lead shortly after the restart when Lloyd glanced in from Chris Hussey’s left-wing cross.

Defeat for Southend means they remain without a win so far this season while the win for the visitors lifted them into the automatic promotion places and just a point behind the early pacesetters, Cambridge United.

Southend had hoped to use the frustration of last weekend’s late Exeter equaliser to push them towards a first win of the campaign this afternoon and Mark Molesley made just the one change from last Saturday, as Elvis Bwomono came back into the side at the expense of Terrell Egbri.

Cheltenham travelled to Essex off the back of a midweek defeat to Grimsby but they started the game on the front foot and within three minutes they’d forced Mark Oxley into action when Chris Clements’ free-kick from the edge of the area was pushed away by the Blues stopper.

The visitors though would earn themselves an even better chance to open the scoring when Kyle Taylor was adjudged to have fouled George Lloyd inside the penalty area. Liam Sercombe stepped up to take the penalty and managed to squeeze it through the legs of Oxley to make it 1-0.

Southend had struggled somewhat to get going early on but they set about trying to find an equaliser, and Blues had a good chance to level when Jason Demetriou’s cross agonizingly came off the knee of Brandon Goodship who’d snuck in unmarked at the far post.

Goodship looked to be the main threat for Molesley’s side and the striker had another chance come and go after the referee played a good advantage for a clear foul on Demetriou. Goodship picked up the ball and fired towards goal only for his shot to take a deflection and go just wide.

Southend had shown good resolve after going a goal down, but they also had to defend well to prevent Cheltenham scoring again before the interval. Some brilliant defending from Shaun Hobson stopped Sercombe from getting in again, while Elliot Bonds and Lloyd both had efforts go off target.

The Robins continued to look the most threatening in the final third and were inches away from doubling their advantage when Andy Williams got goal-side and beat Oxley with his shot, only for Harry Lennon to heroically clear it off the line from underneath the crossbar.

Shortly after though Cheltenham would grab themselves a second of the afternoon and increase their advantage as Lloyd nodded in for the visitors. A wicked cross from the left from Chris Hussey found the run of Lloyd who got across his man to glance the ball into the bottom corner.

In response, Molesley threw on Egbri and Ashley Nathaniel-George whilst pushing Timothee Dieng into midfield, but Southend lacked the cutting edge needed to breakdown a stout Cheltenham defence who held firm.

Cheltenham would see out the afternoon confidently and secure the perfect response to that defeat to Grimsby on Tuesday, while Southend’s search for a first win of the season goes onto Tuesday where they travel to Salford City. 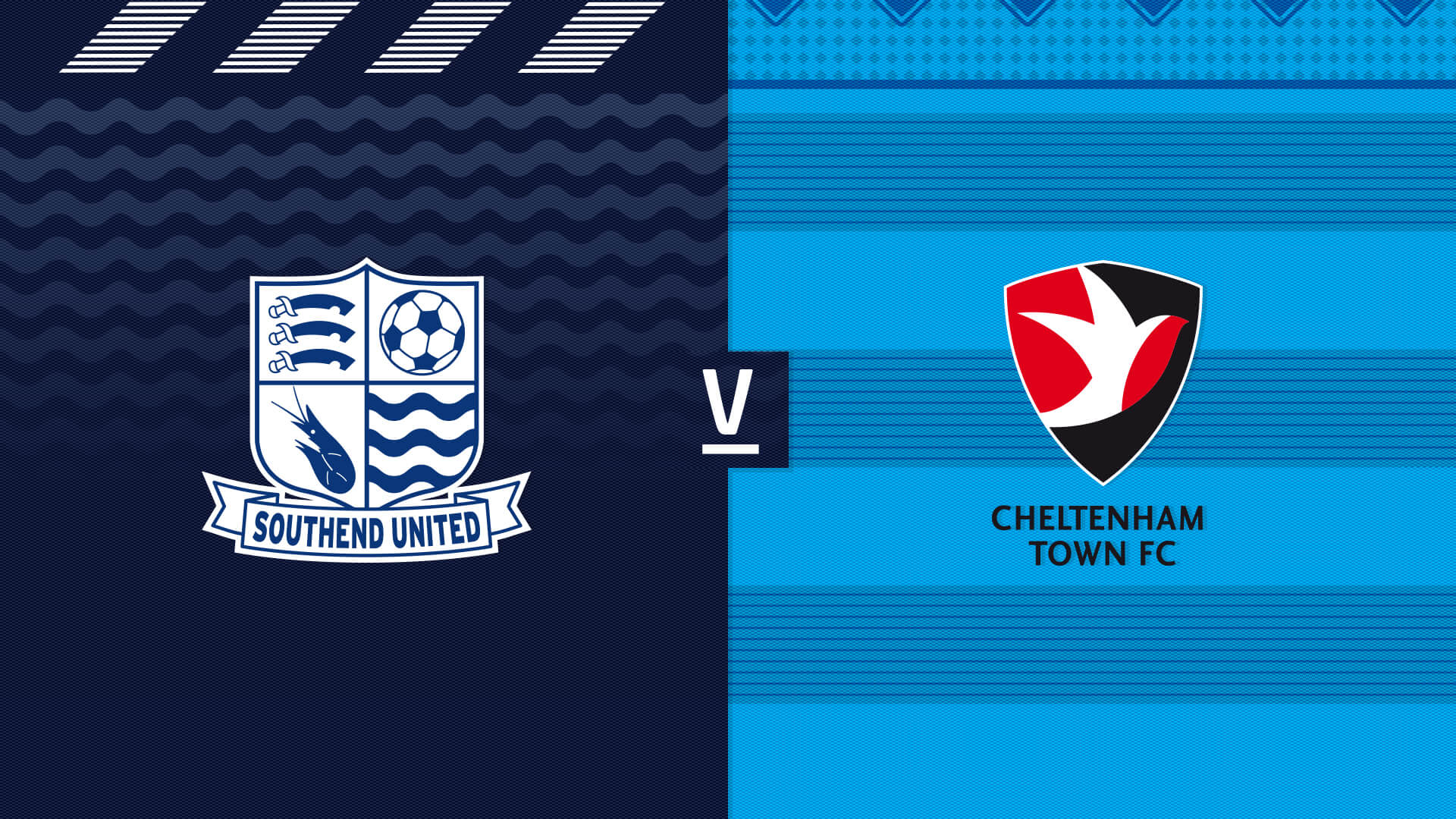 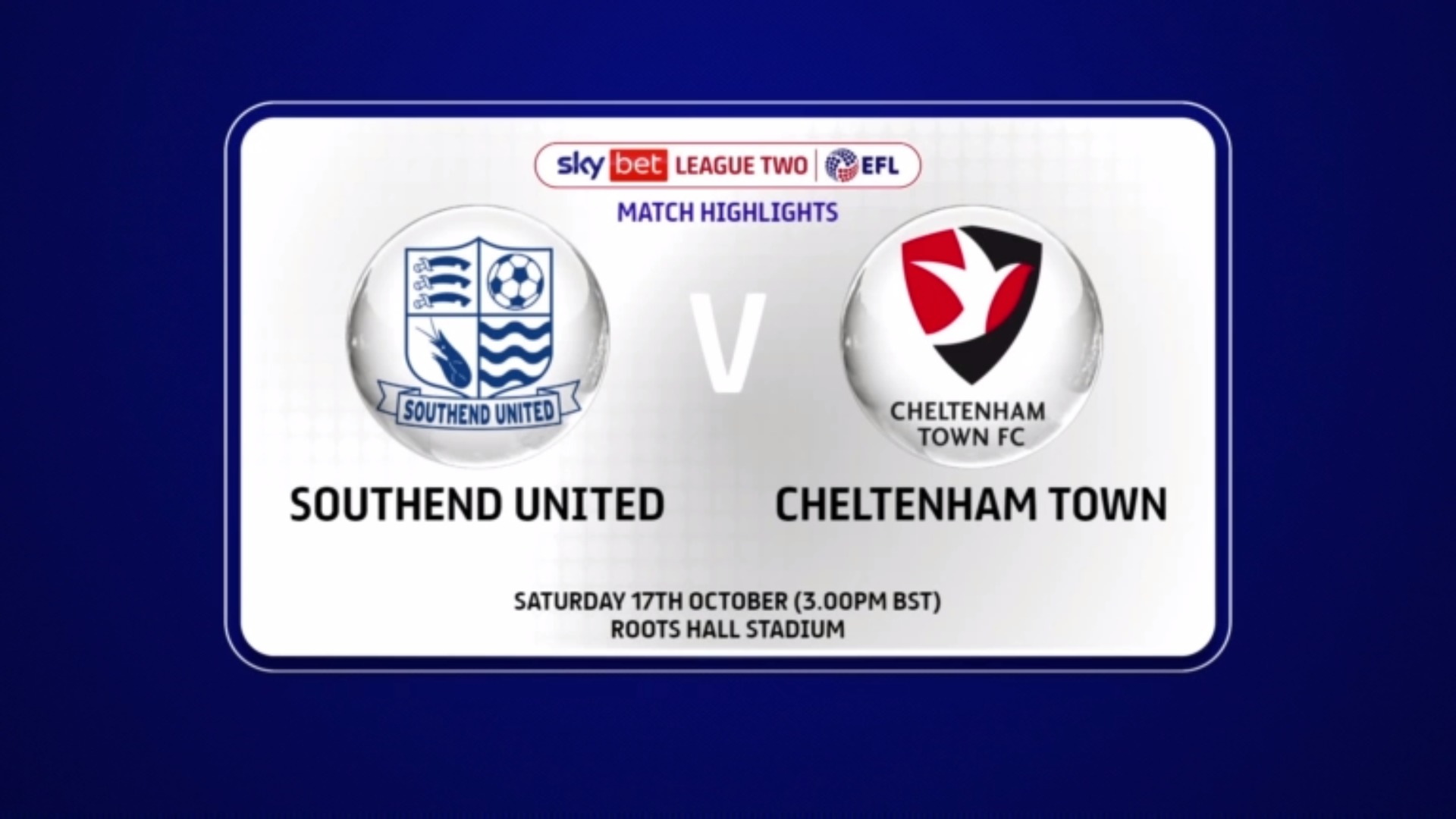 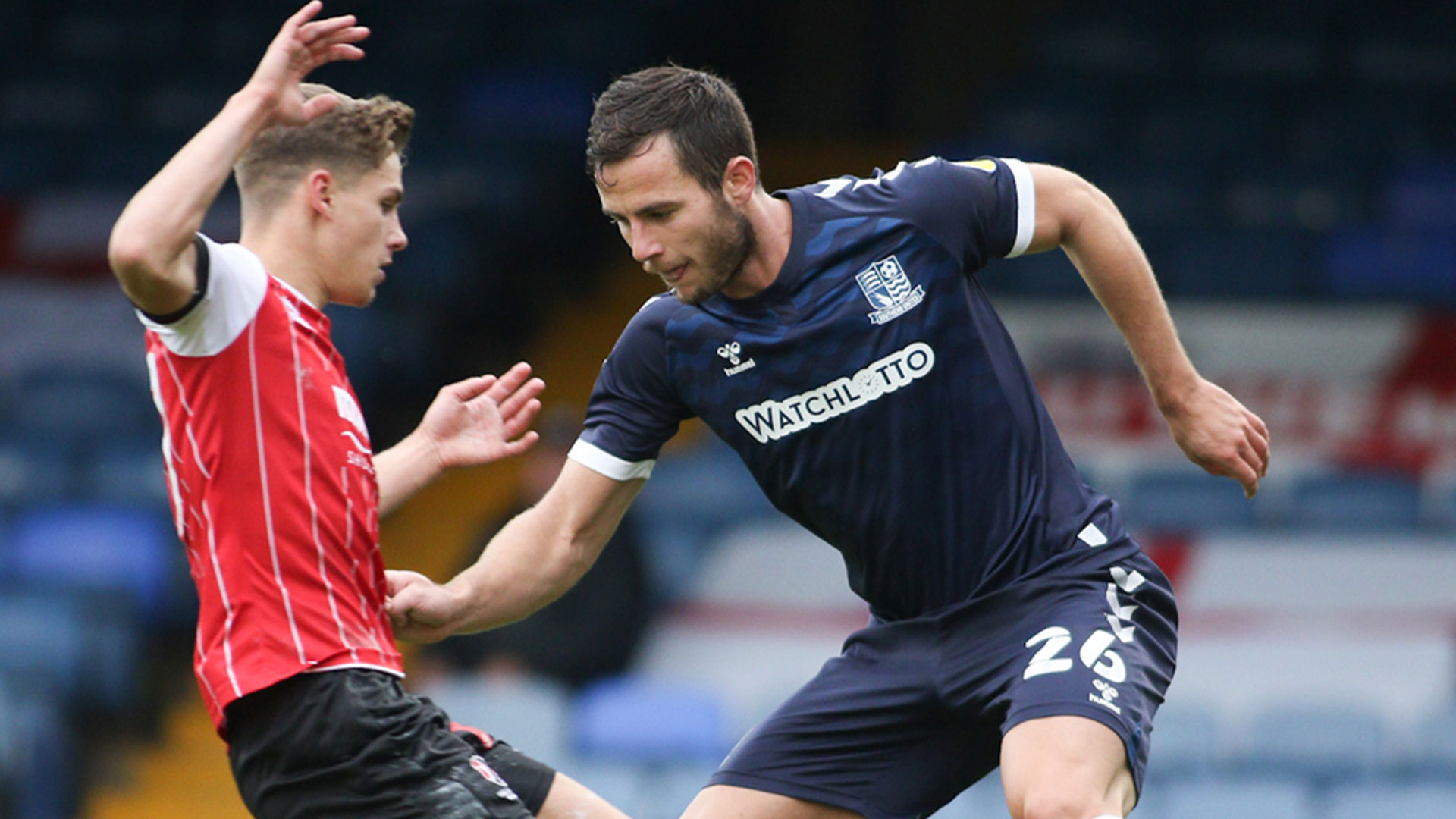