Southend United’s disappointing run in the league continued as they were handed a 3-0 defeat against Salford City at the Peninsula Stadium.

In a scrappy first-half from both sides, it took a scrappy goal to break the deadlock as Harry Lennon was the unlucky man to turn in Ibou Touray’s free-kick into his own net midway through the opening 45 minutes.

The visitors had two clear penalty shouts come and go as both Brandon Goodship and James Olayinka were brought down inside the box, but the referee was unmoved on both occasions, and Salford took advantage by scoring twice in the space of four second-half minutes.

James Wilson put daylight between the two sides when he scored on the turn after a bursting run by Touray before Ian Henderson headed in Ashley Hunter's cross to put The Ammies on course for a first win under Interim Head Coach, Paul Scholes.

Blues were unable to muster a response as they fell to a second successive defeat in the league as they remain without a win so far this season, with another long away trip to come this weekend against Tranmere Rovers.

Following the defeat to Cheltenham at the weekend, Blues boss Mark Molesley made two changes to his side with James Olayinka, a deadline day loan signing from Arsenal, coming in for his Southend debut alongside Terrell Egbri as they replaced Shaun Hobson and Emile Acquah.

The visitors were in search of their first win of the season but were dealt an early blow inside the opening 10 minutes at the Peninsula Stadium as Nathan Ralph took a nasty looking fall when trying to clear his lines and was forced to leave the field on a stretcher.

It meant Southend had the reshuffle their pack as Richard Taylor was sent into the fray and he and his fellow defenders were immediately called upon as a Salford free-kick got whipped into the box by Ibou Touray, bouncing around before being fired over by Brandon Thomas-Asante.

Blues though were undone by another set-piece from the Salford right as the home side took the lead in the 26th minute. Touray’s dangerous delivery into the box was bundled into the bottom corner off the unfortunate Harry Lennon.

Southend will have felt hard done by with the own goal and their frustration would only have increased as they were denied what looked like a clear penalty after Brandon Goodship was brought down inside the box by Touray after a delightful ball through by Jason Demetriou.

With neither side registering a shot on target in the first-half, there was a flurry of opportunities for both sides after the interval, starting with Kyle Taylor’s free-kick from the left that needed to be pushed away by Salford goalkeeper Vaclav Hladky.

Molesley’s side then had yet another huge penalty shout waved away by referee Carl Boyeson after Olayinka appeared to be shoved over inside the box, but despite the protestations from the Southend bench, the referee was unmoved once more.

Salford began to pepper the Southend defence with Thomas-Asante getting goalside only for a superb tackle from Lennon to thwart him before Mark Oxley twice was needed to keep out Thomas-Asante and Ashley Hunter with fingertip saves.

Oxley’s defences though were breached for a second time of the evening not long after when James Wilson grabbed his third goal in his last four appearances. A bursting run down the left from Touray allowed him to cross for Wilson who scored on the turn.

And the points were all but secured for the home side when they grabbed a third four minutes after Wilson’s effort. Southend were unable to get the ball clear following a corner before Hunter whipped a cross in from the right that was headed in by Ian Henderson.

Blues were unable to force a fightback as Salford saw out time and climbed back up into the early play-off places while Blues remain without a win from their opening seven games of the season ahead of a trip to Tranmere Rovers this Saturday. 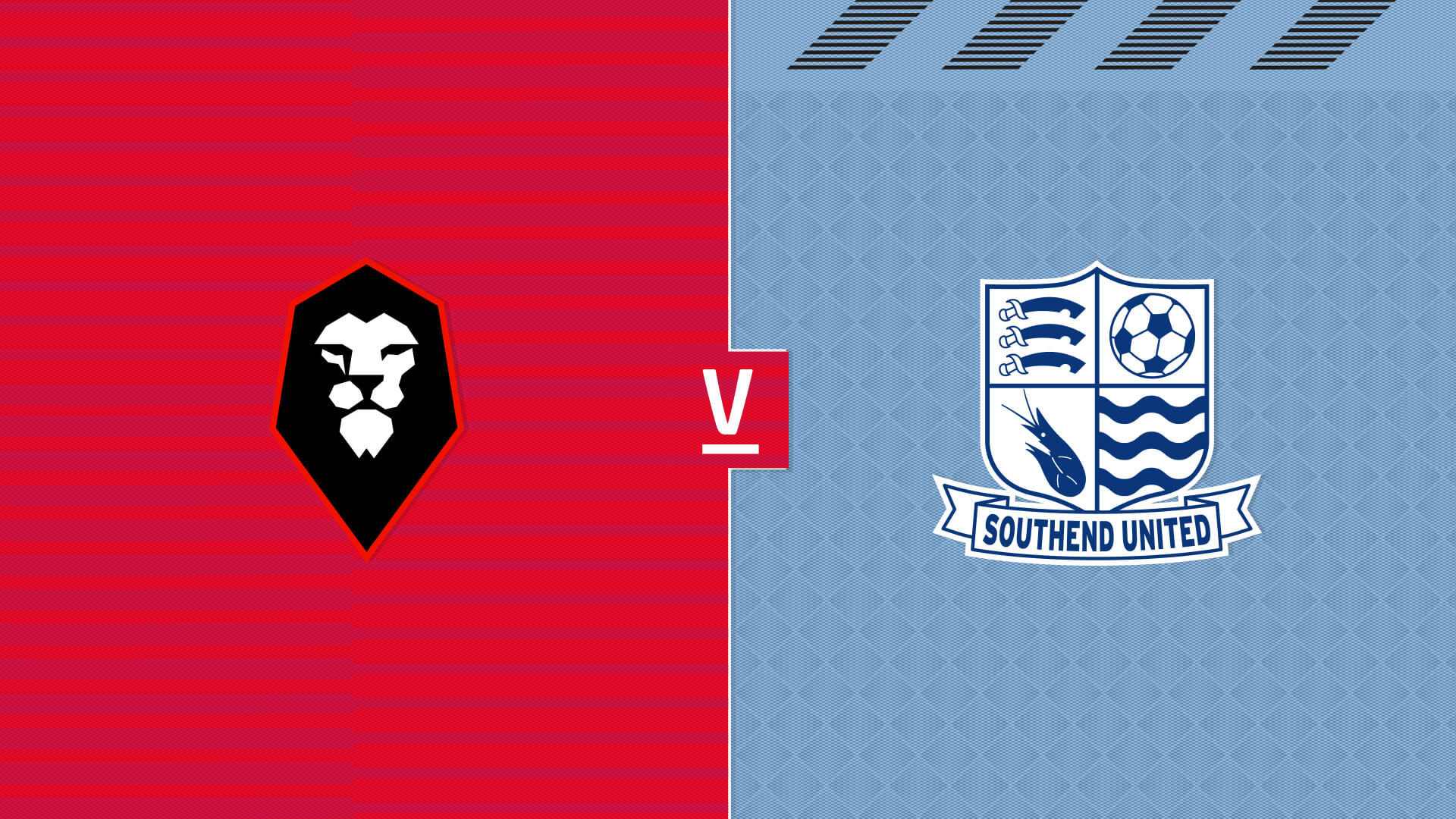 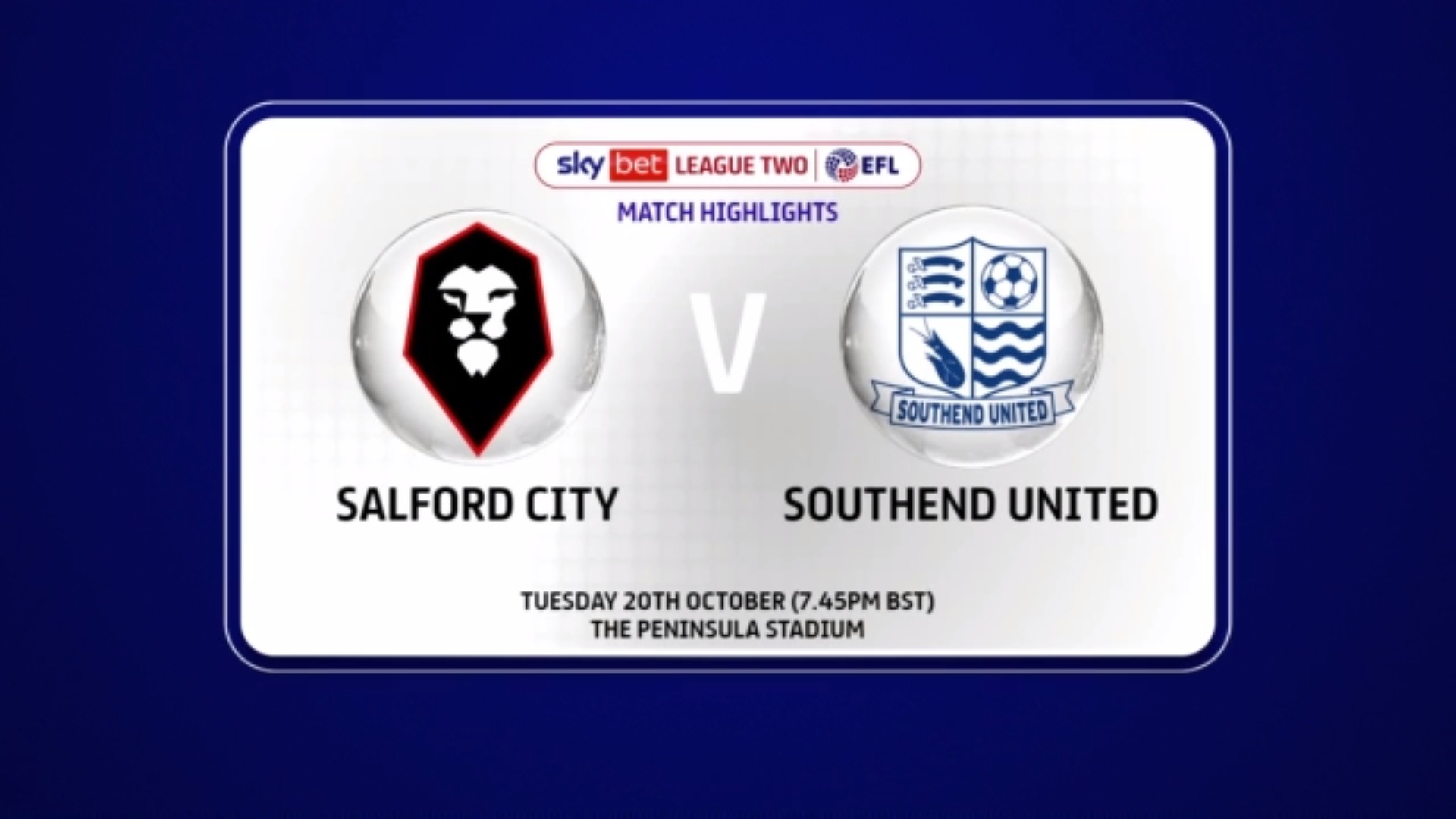 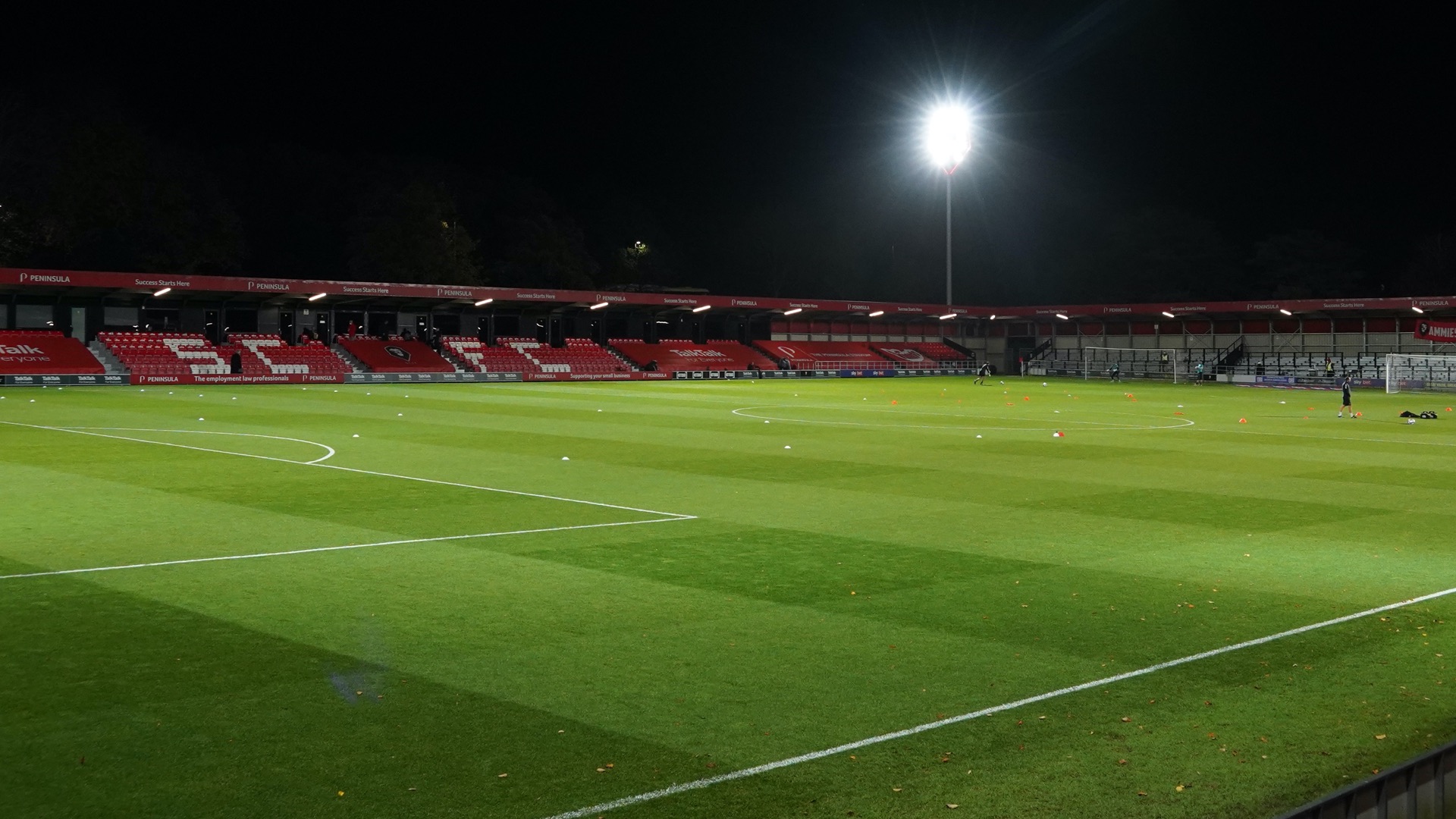