Next up for Blues is a trip to The People’s Pension Stadium as they take on Crawley Town tomorrow afternoon in League Two.

Tomorrow will be just the seventh meeting between the two sides and Southend hold an impressive record against the Red Devils with just one defeat in their previous six meetings.

And Mark Molesley will hope that record holds Southend in good stead tomorrow as they go in search of their first points of the league campaign.

Blues will be glad to see the back of September after failing to pick up a victory in five competitive outings, the most recent of which saw Southend fall to a narrow 2-1 defeat against Morecambe.

Defeat to The Shrimps last weekend was Blues’ third in a row at the start of the league season having previously been on the wrong end of defeats to Carlisle and Harrogate.

Crawley welcome Southend off the back successive victories against Scunthorpe and Oldham, which were the perfect tonic to their opening day defeat at Port Vale.

Southend progressed to the Second Round of the Emirates FA Cup in style after defeating Crawley after extra time the last time these two sides met.

A brace from Ollie Palmer cancelled out goals from Simon Cox and Harry Bunn before Blues ran riot in extra time with goals from Cox, John White, Sam Mantom and Stephen McLaughlin.

"We've got to continue working hard and I'm sure if we carry on with that same belief in our processes, we'll see the fruits from our labour sooner rather than later," said Molesley.

"We’re on a journey and we’re looking for that constant self-improvement all the time.

"We’re brutal with ourselves, we analyse everything, and we look for every angle that we can improve.

"We’re a very young team out there at the moment and they’re giving their all. We’re learning on the job and we’ve got to learn those lessons quickly.

On Crawley, Molesley said: "Since John Yems has gone in there with Lee Bradbury they’ve been on an upward curve.

"They turned results around last season and they’ve carried that form on. A really tough challenge awaits us up against an experienced management team and some very good players."

Mark Molesley could have to shuffle the pack again as injury problems continue to mount for the Blues boss.

Simeon Akinola is yet to make his Blues bow as he continues to build up his fitness, while another recent signing Alan McCormack looks set to miss out with a calf strain which sidelined him against Morecambe.

There was more positive news where Timothee Dieng is concerned. He upped his rehabilitation this week and returned to training. Molesley expects John White to be not not too far behind him.

Striker Tom Nichols looks to be in fine form coming into this weekend, making him the one to look out for on Saturday afternoon.

One of a number of new arrivals in the summer, Nichols joined Crawley from Bristol Rovers and has settled in brilliantly at his new club, scoring twice in his first three appearances.

His strikes against Oldham last weekend and Scunthorpe the weekend prior were both match-winners also, so he’ll be brimming with confidence ahead of Southend’s visit.

Brett Huxtable will be the man in charge this weekend, being assisted by Nicholas Cooper and Marc Wilson, with Michael Chard sitting in between the dugouts as the fourth official.

Huxtable has been involved in four matches so far this campaign, issuing 19 yellow cards and no reds, and was most recently in charge of Walsall’s EFL Trophy tie against Chelsea u21s in midweek.

The last time Huxtable officiated a game involving Blues was in March 2019 when he oversaw a 1-0 defeat for Southend at Roots Hall against AFC Wimbledon.

With fans still unable to attend matches in person, Blues fans can watch tomorrow’s clash with Crawley Town by picking up a Match Pass for iFollow Blues for £10.

For more information on how you can get your Match Pass and ensure you miss none of the action down in West Sussex on iFollow Blues, click here.

Nathan Ralph’s late strike earned Blues a deserved first point of the season as they drew 1-1 against Crawley Town at the People’s Pension Stadium.

Ashley Nadesan had given the home side the lead after a well-worked free-kick routine led to Jake Hessenthaler picking out Nadesan on the edge of the area who then fired low past Mark Oxley midway through the first-half.

Southend rallied and would control possession as the game went on with Ralph and Emile Acquah having great chances go begging before Ralph would pop up with the equaliser with six minutes of the game remaining in West Sussex.

A cross from the right from Terrell Egbri picked out the run of Ralph. The full-back though had plenty to do to convert the cross, stretching out a left foot to brilliantly volley the ball into the back of the net and grab Southend their first point of the season.

The point lifted Southend off the foot of the League Two table and gives Molesley and his side something to build on ahead of back-to-back home league games against Exeter City and Cheltenham Town.

Molesley made two changes from the side that lost 2-1 against Morecambe last time out with Harry Lennon and Tom Clifford coming in to replace Richard Taylor and Jordan Green, while the returning Timothee Dieng was fit enough again to make the bench.

Crawley made the one change, with Jake Hessenthaler coming in for Dannie Bulman, as they looked for a third straight win in the league, and they almost went in front inside 20 seconds after Ashley Nadesan got through only to shoot wide under pressure from Clifford.

Elvis Bwomono had Southend’s first chance on goal, forcing former Blues goalkeeper Glen Morris into action before Crawley went close themselves after Josh Doherty’s cross across the face of goal was agonisingly out of reach of the outstretched leg of Tom Nichols.

The home side though would make the breakthrough midway through the first-half as a training ground free-kick routine led to Nadesan scoring. With everyone expecting the ball to come into the box, Hessenthaler played it out of Nadesan on the edge of the area to fire home.

Nadesan’s strike had put Crawley momentarily top of the league and they had a great charge to double their advantage when Nadesan turned provider. His quick flick set Tyler Frost clean through only for Mark Oxley to superbly spread himself to make the save and prevent Crawley going two up.

Southend rallied and had a handful of chances to level before the interval. Nathan Ralph had the best of the chances created, first slicing wide after being picked out by Brandon Goodship inside the area before heading over a Clifford free-kick.

Blues continued to be in the ascendency in the second-half and had their best chance of the game fall to Emile Acquah shortly after the restart. Neat interplay between Clifford, Goodship and Acquah allowed the striker to get goal side only for Morris to make a vital save.

Eager to play on the front foot, Southend controlled the bulk of possession as they searched for an equaliser but they were almost caught out when Nichols found Frost with a low ball into the box only for the Crawley number 11 to fire high and wide of Oxley’s goal.

Having survived the scare, Blues continued to press for an equaliser and Goodship stung the palms of Morris with a low drive, and Southend would get what their second-half display had thoroughly deserved as they equalised with six minutes remaining through Ralph.

Terrell Egbri’s cross from the right picked out ethe run of Ralph who had snuck in at the far post, and despite having to stretch every sinew to get to the ball the Blues full-back managed to connect with a superb volley to beat Morris and put Southend on the verge of their first point of the season.

To do that, Southend just had to hold on in the final moments but Crawley threw everything forward to try and steal the points and Blues had to defend doggedly in injury-time to prevent Crawley from stealing the win with Oxley saving late on from Ricardo German as Molesley picked up a deserved first point as Blues boss. 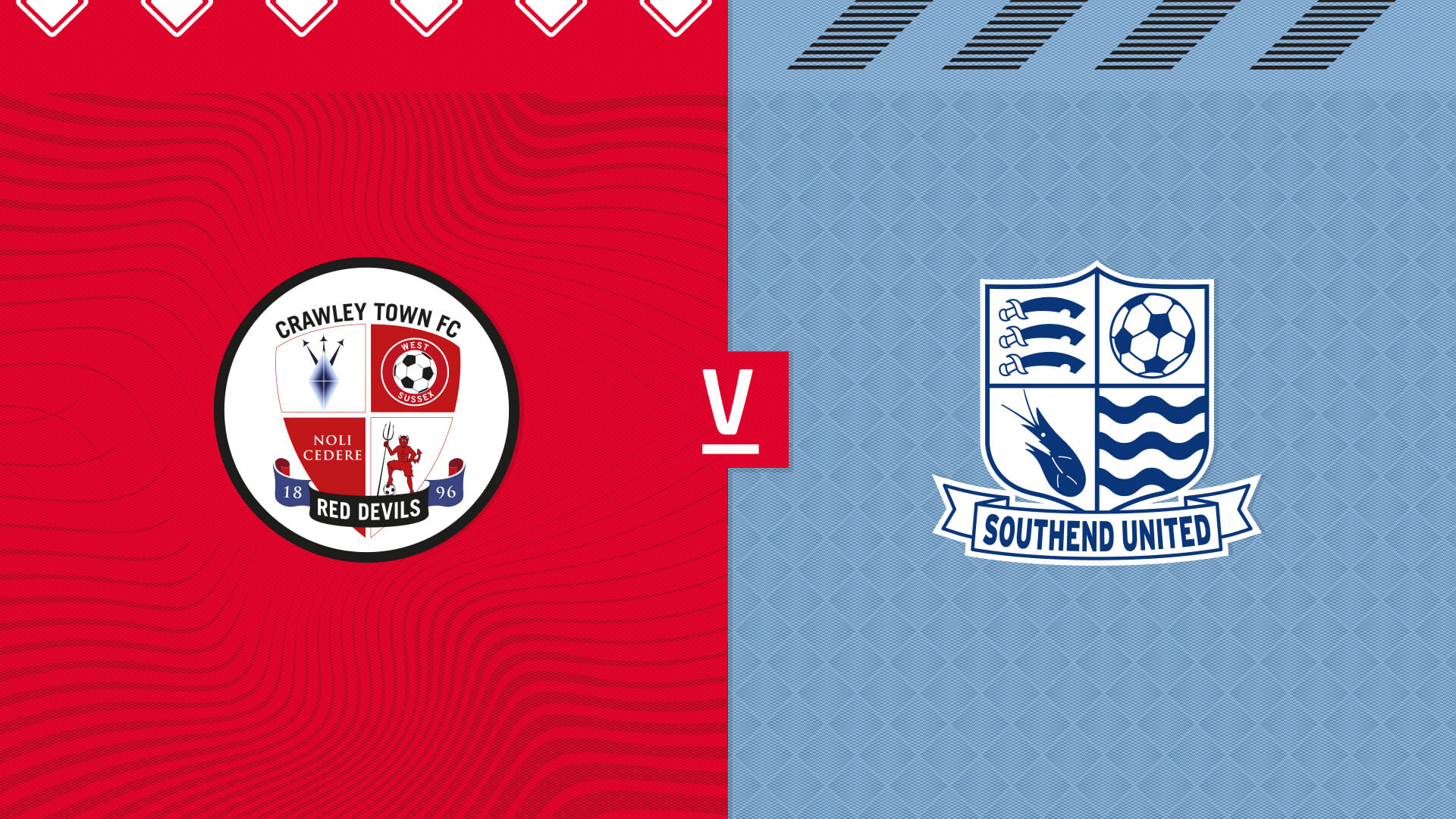 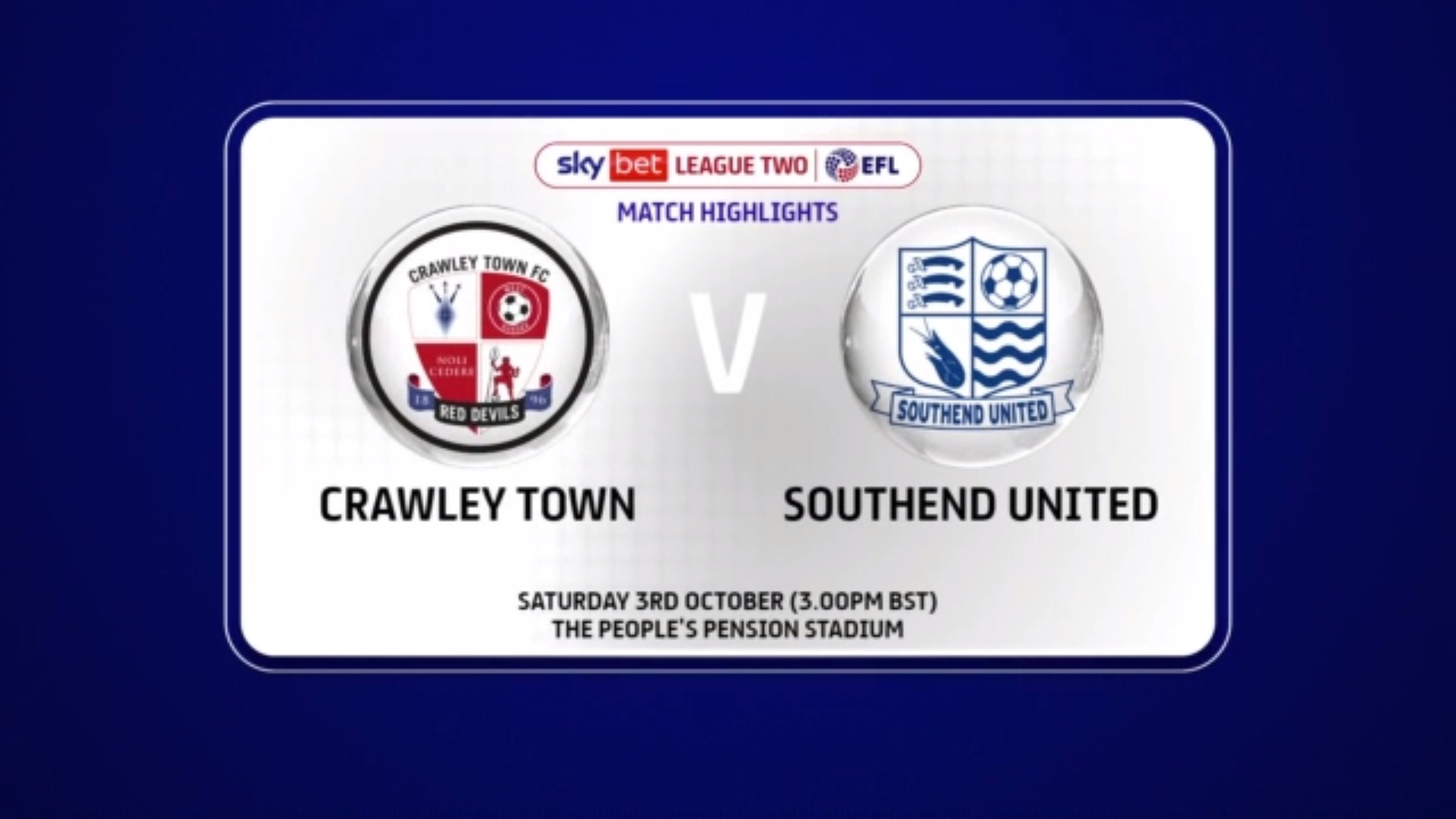 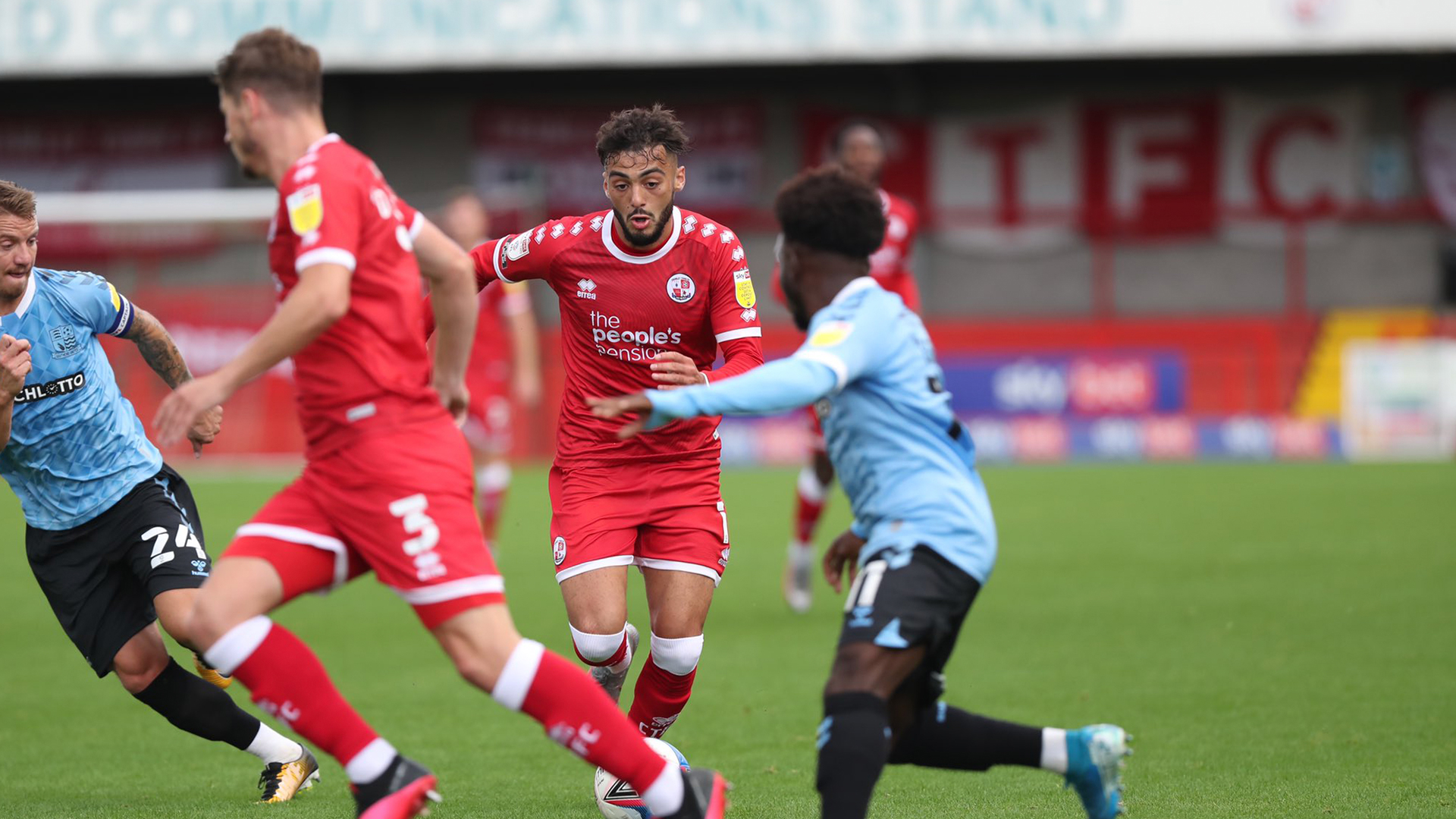