Southend suffered their sixth defeat in a row following a difficult first-half at The Utilita Energy Stadium where Mark Molesley’s men conceded three first-half goals in a 3-0 defeat against Bradford City.

It was the hosts who took the lead early on, as a cross from the left-wing by Elliot Watt was cut the back to Callum Cooke near the edge of the penalty area. Cooke then spun James Olayinka and struck the ball low and hard towards the bottom left-hand corner, which left Mark Oxley with no chance in the Blues goal.

Following the early goal, the hosts looked to try and press home their advantage with an in-swinging free-kick from the right-hand side from Billy Clark around the 20-minute mark saw Harry Pritchard flick a header towards Oxley’s bottom right corner, but Blues shot-stopper dived low to his right and held onto the ball.

In the 27th minute Blues came within an inch from equalising as Olayinka picked up the ball just inside his own half, spun his marker, before tearing right through the heart of the Bradford City defence, but unfortunately for Blues, the Arsenal loanee slid the ball just wide of the right-hand post, otherwise it would’ve been a goal of the season contender.

Blues seemed to grow in confidence from the missed chance, as Elvis Bwomono made a run down the right-wing before feeding the ball to Olayinka, whose effort from the edge of the area stung the palms of Richard O’Donnell in the Bradford goal.

When pushing forward for the equaliser, Southend were caught out on the counter-attack as a long ball to Clayton Donaldson saw the veteran striker control the ball well, before sliding a low pass across the edge of the area to Elliot Watt who was in acres of space to drill the ball low towards Oxley’s bottom right-hand corner and into the goal to double the hosts' advantage.

Just before half-time, Blues were undone by a set-piece from the right-wing, as Clarke, who was a danger man for City, crossed the ball into Pritchard who directed his header powerfully down the centre of the goal to make it 3-0 to Bradford.

As the first-half closed, in stoppage time, United nearly pulled a goal back as a corner from the right saw Shaun Hobson meet the ball with a header, but agonizingly for Blues it shaved the left-hand post and went out for a goal kick.

Southend looked to try and make amends for their first-half display at the start of the second half and had long spells of possession, but it took until the 63rd minute to have an effort that troubled Bantams goalkeeper O’Donnell as Timothy Dieng struck a powerful long-range half volley from 30-yards-out which forced a good save to the goalkeeper’s left-hand side.

Former Bantams man Dieng went close again with 25 minutes to go as Tom Clifford whipped in a corner from the left, finding Brandon Goodship who headed the ball back across goal to the Frenchmen who headed the ball just over the crossbar with the goal at his mercy.

The game petered out as Blues had much of the possession, but struggled to break through a resilient Bradford City defence with many of Southend’s efforts coming from outside the penalty area.

Mark Molesley's side will be looking to end their losing streak by bouncing back on Saturday in the Emirates FA Cup as they face Boreham Wood at Meadow Park in the First Round. 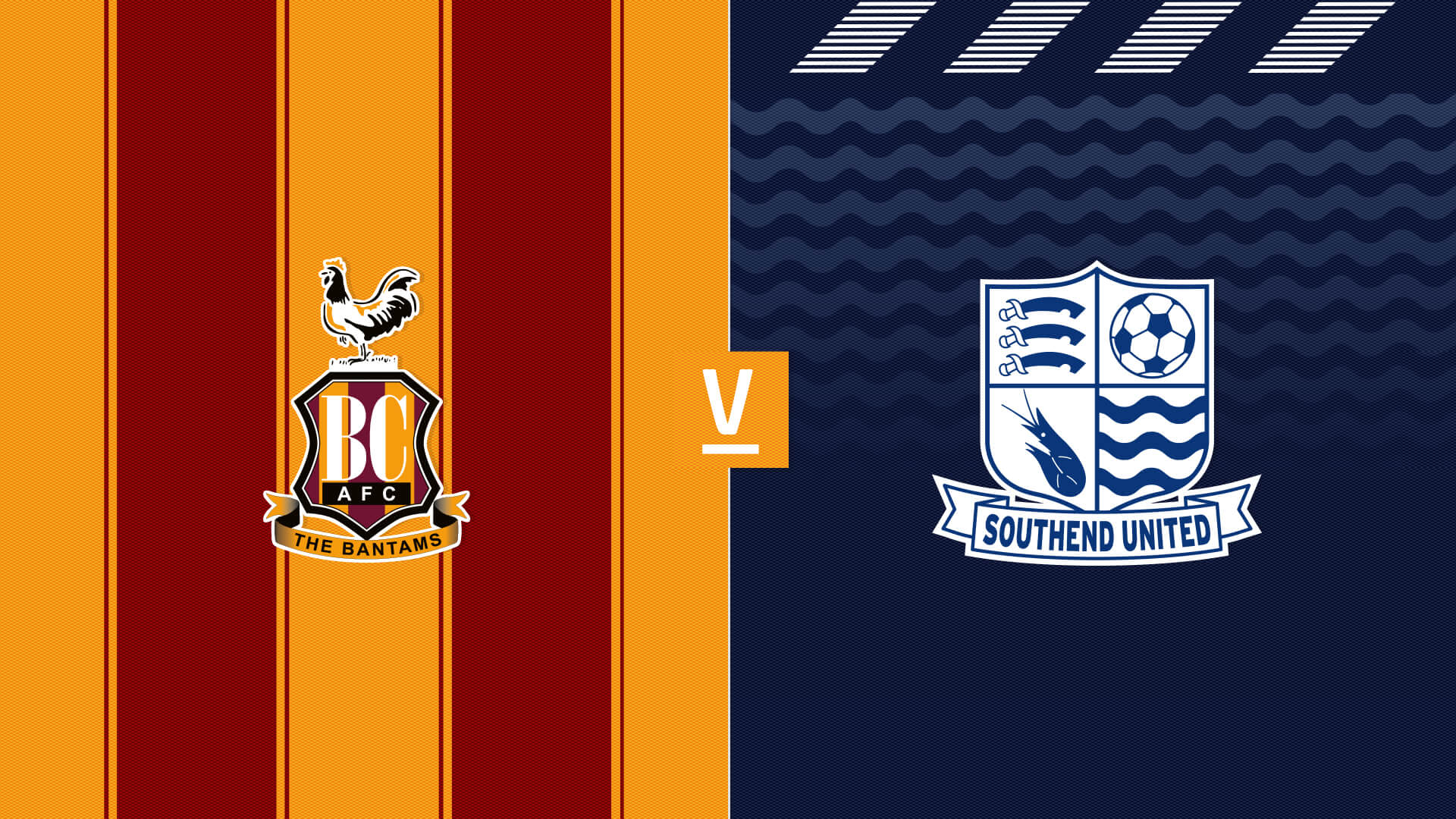 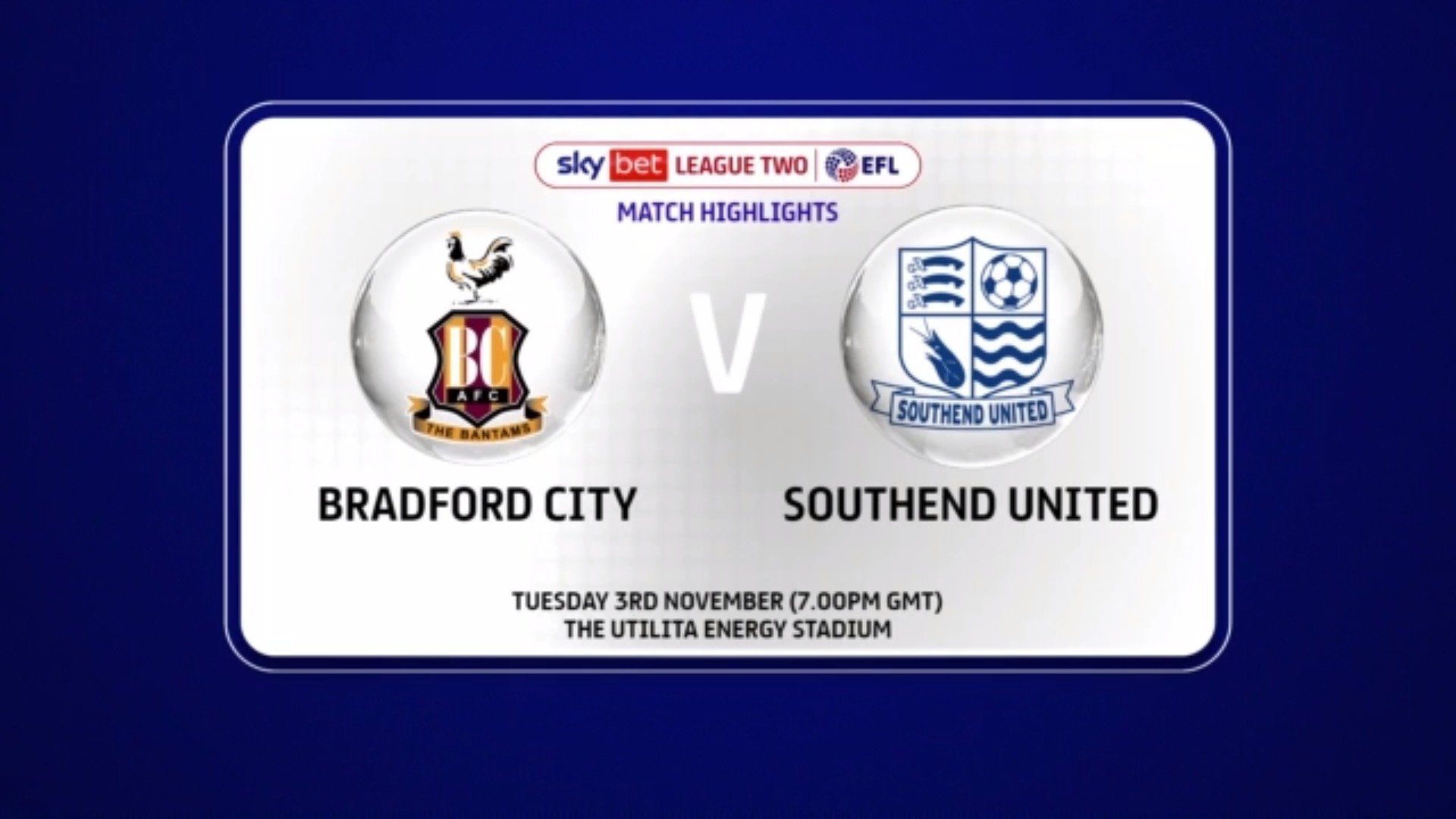 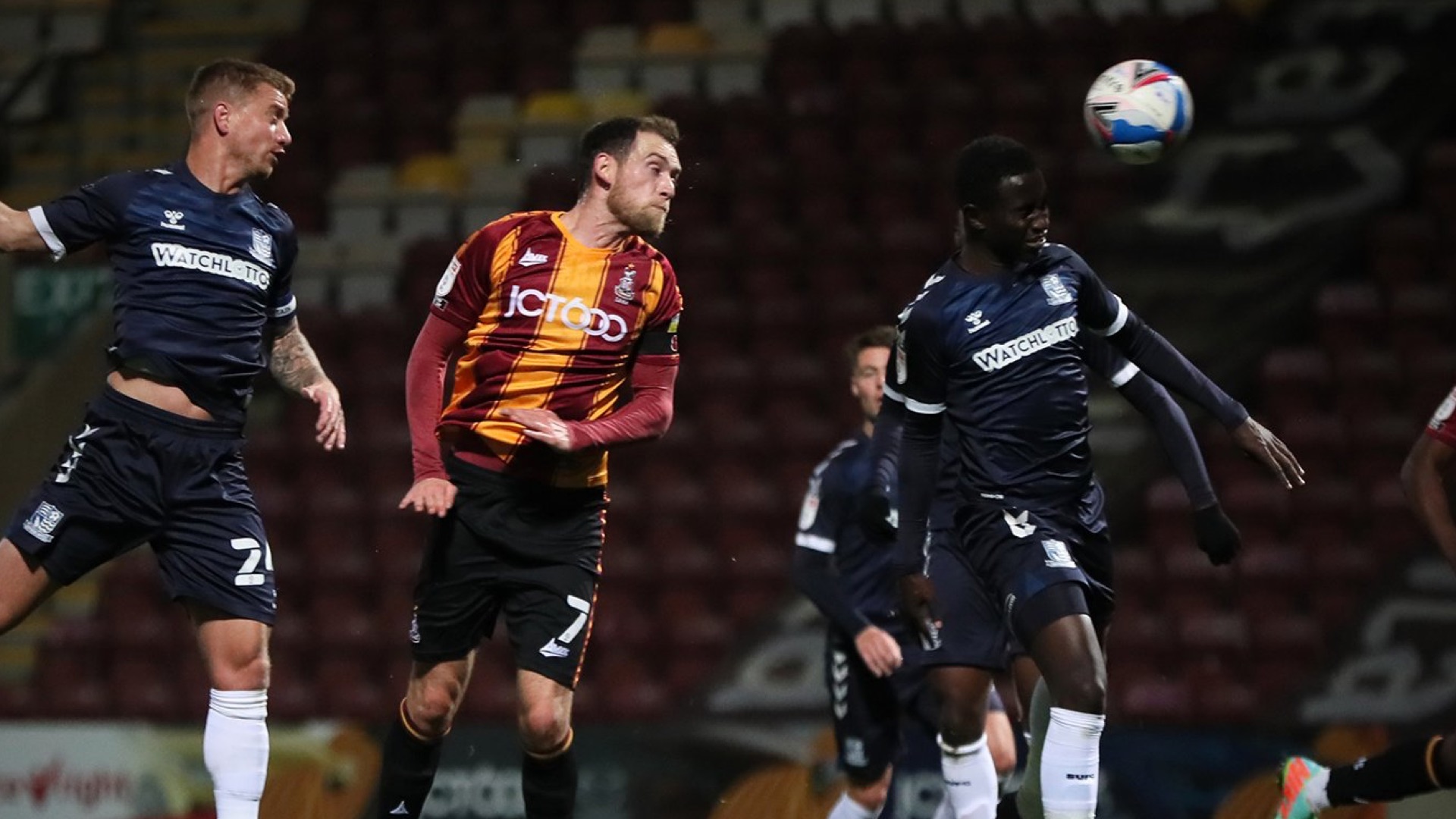