After a brief visit back home, Southend are on the road again as they travel to The University of Bolton Stadium to take on Bolton Wanderers tomorrow afternoon (3pm KO).

The game was brought forward from the 2nd of December following both side’s exit from the Emirates FA Cup, allowing both a chance to grab a head start on the sides around them. The only other Sky Bet League Two game sees Port Vale hosting Leyton Orient (1pm KO)

And having won last time out on the road against Walsall, Southend will travel in good spirits hoping they can come home with another three points in the bag.

Blues were unfortunate to come away empty-handed on Tuesday night after a battling display from a patched-up side ended in a narrow 1-0 defeat against fourth-placed Forest Green Rovers.

Prior to that defeat in midweek, Southend won at Walsall to claim their first win and clean sheet of the season which ended a run of seven league games without a win.

Bolton have had a resurgence in form in recent weeks and have won their last four in a row in all competitions, with their only defeat in their last six coming against Crewe Alexandra in the Emirates FA Cup.

Southend fell to a 3-2 defeat against Bolton in the pair’s last meeting back in December with goals from Joe Dodoo, Luke Murphy and Daryl Murphy enough to overcome the visitors.

Harry Lennon had put Blues in front early on before being stretchered off, but Bolton rallied with three goals to put the home side in control. A late Timothee Dieng strike was a mere consolation.

"They're a big hitter in the league, the size of the club and they've brought in a very good manager who did very well at Barrow," said Molesley.

"They've brought in some well-established players and it's going to be one of League Two's toughest challenges going away to their stadium.

"Despite the result on Tuesday there were lots of positives for us and we're going to need to take those into the game [against Bolton], and build on them.

"We have to show more in the attacking third and we'll certainly be looking to do that.

"We are so close, despite everything being thrown at us. We know that better times are around the corner because we're only going to get stronger with our injuries clearing up and getting those players back who are missing due to Covid.

"We're still being competitive despite that and the teams we have played so far will think they've played us at a good time because they can see that we're not far away."

Mark Molesley is waiting to hear the extent of Tom Clifford’s back injury which ruled the youngster out of Tuesday’s match with Forest Green right before Blues were about to walk onto the pitch for kick-off. The Blues boss said they would know more on his availability on Friday.

Harry Kyprianou deputised for the left-back following the end of his loan spell at Bromley which puts him in line for a second successive start, at the stadium where he made his league debut.

Alan McCormack is in contention after returning from injury to play 20 minutes in midweek, while Southend remain without the likes of Kyle Taylor (hamstring), Nathan Ralph (knee), Lewis Gard (knee) and Harry Lennon (knee and leg) due to injury.

That's on top of the absence of Emile Acquah, Kazaiah Sterling and Ashley Nathaniel-George who missed out due to COVID-19 and are currently isolating.

Eoin Doyle will undoubtedly be one of Bolton’s biggest threats tomorrow afternoon having scored three times in his last five appearances for the Trotters.

Doyle was nicknamed the ‘Ginger Pele’ by fans of his former club Swindon Town after scoring 25 goals last season, which included a run of 11 games in a row getting on the scoresheet.

A goalscoring record like that made his signing a clear signal of intent from Bolton in the summer who will hope he finds his shooting boots once more tomorrow afternoon.

John Busby will be the referee in charge on Saturday, being assisted by David Avent and Mark Cunliffe, with Andy Haines standing in as the fourth official.

Busby has issued 33 yellow cards and three red cards during his 12 games so far this season, with his last appointment coming at the Keepmoat Stadium as Doncaster drew with Sunderland.

The last time Busby took charge of Blues was back in September last year when a late Stephen Humphrys strike earnt Southend a point in a 3-3 draw against Fleetwood at Roots Hall.

Blues fans can watch Saturday’s clash with Bolton Wanderers at The University of Bolton Stadium by picking up a Match Pass for iFollow Blues for £10.

Overseas supporters can buy a pass for just £7 with the pass allowing you to catch the game on your laptop, computer, tablet or mobile device. 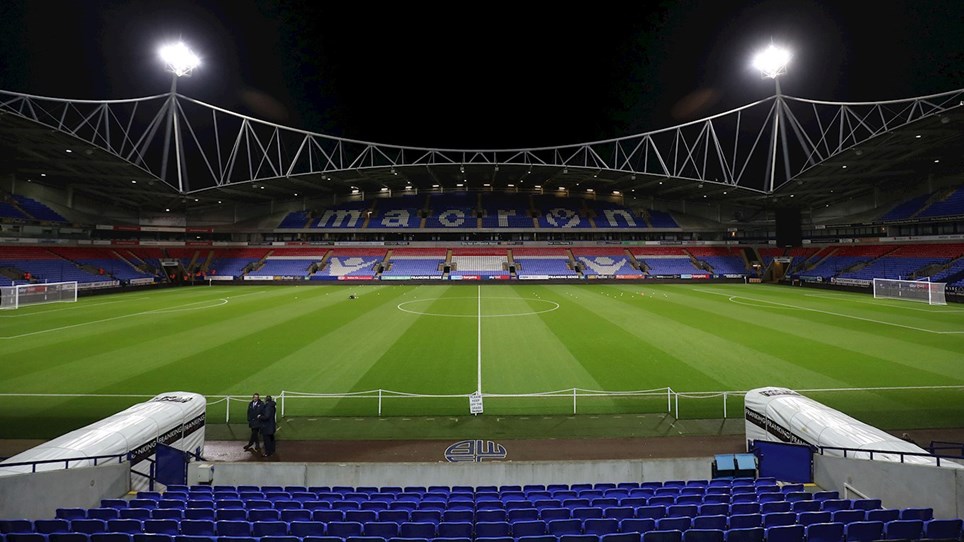 Mark Molesley’s side failed to make it back to back away wins for the first time since 2018, in a match where Southend failed to take their chances against an in-form Bolton side as they fell to a 3-0 defeat at the University of Bolton Stadium.

The game started evenly with both sides having early spells of possession, with Bolton captain Antoni Sarcevic going the closest early on. After just seven minutes, following a couple of fortunate ricochets for the former Plymouth man, Sarcevic went in on goal, but thankfully for Blues he fired well over the crossbar.

Terrell Egbri had the first notable effort of the game for Southend around the half-hour mark as he took a long-range effort towards Matt Gilks' goal, which saw the former Scotland international parry the ball out for a corner on the left-hand side.

Blues went close again off the resulting corner, as Jason Demetriou pulled the corner back around 25-yards out, where Alan McCormack met the ball on the volley. Unfortunately for Southend, the Irishman’s effort whistled just wide of the right-hand post.

In the 35th minute, Brandon Goodship then went close for Blues following a cross into the box from Elvis Bwomono down the right-hand side. Timothee Dieng met the ball and bundled it into Goodship's path whose effort from 10-yards out went straight at Gilks in the Bolton goal.

Cruelly, against the run of play, Blues fell behind on the stroke of half-time as a cross in from the right-wing saw experienced striker Nathan Delfouneso meet the ball just eight yards out, heading the ball into the bottom right-hand corner past a helpless Mark Oxley.

Just five minutes into the second half, Southend looked to grab an equaliser as Demetriou controlled a cleared right-wing cross and struck a curling effort towards the Bolton goal, which forced Gilks to pull off a smart save as he turned the Cypriot's effort round the post for a corner.

In the 63rd minute on a counter-attack, Bolton were awarded a penalty as John White was judged to have tripped up Eoin Doyle when the Irish striker was bearing down on goal. The former Swindon man scored the resulting spot-kick with an emphatic finish as he blasted it into the left-hand side of the goal, sending Oxley the wrong way.

Southend continued to look for a way back into the match and missed another gilt-edged opportunity as Harry Kyprianou swung in a left-footed delivery from a free kick on the left-wing which Shaun Hobson met, only to head the ball well over the crossbar from close range when he ought to have scored.

With ten minutes to go on the clock, Bolton settled the result as they caught Blues out on the counter-attack as Alex Baptiste rolled back the years with a marauding run down the right-wing, before whipping a cross to Doyle at the far post who put the ball into a virtually empty net to double his tally for the day.

All in all, it was a tough defeat to take having created several good chances. Mark Molesley’s side will be looking to bounce back and be more clinical in front of goal when they face Stevenage at the Lamex Stadium next Saturday. 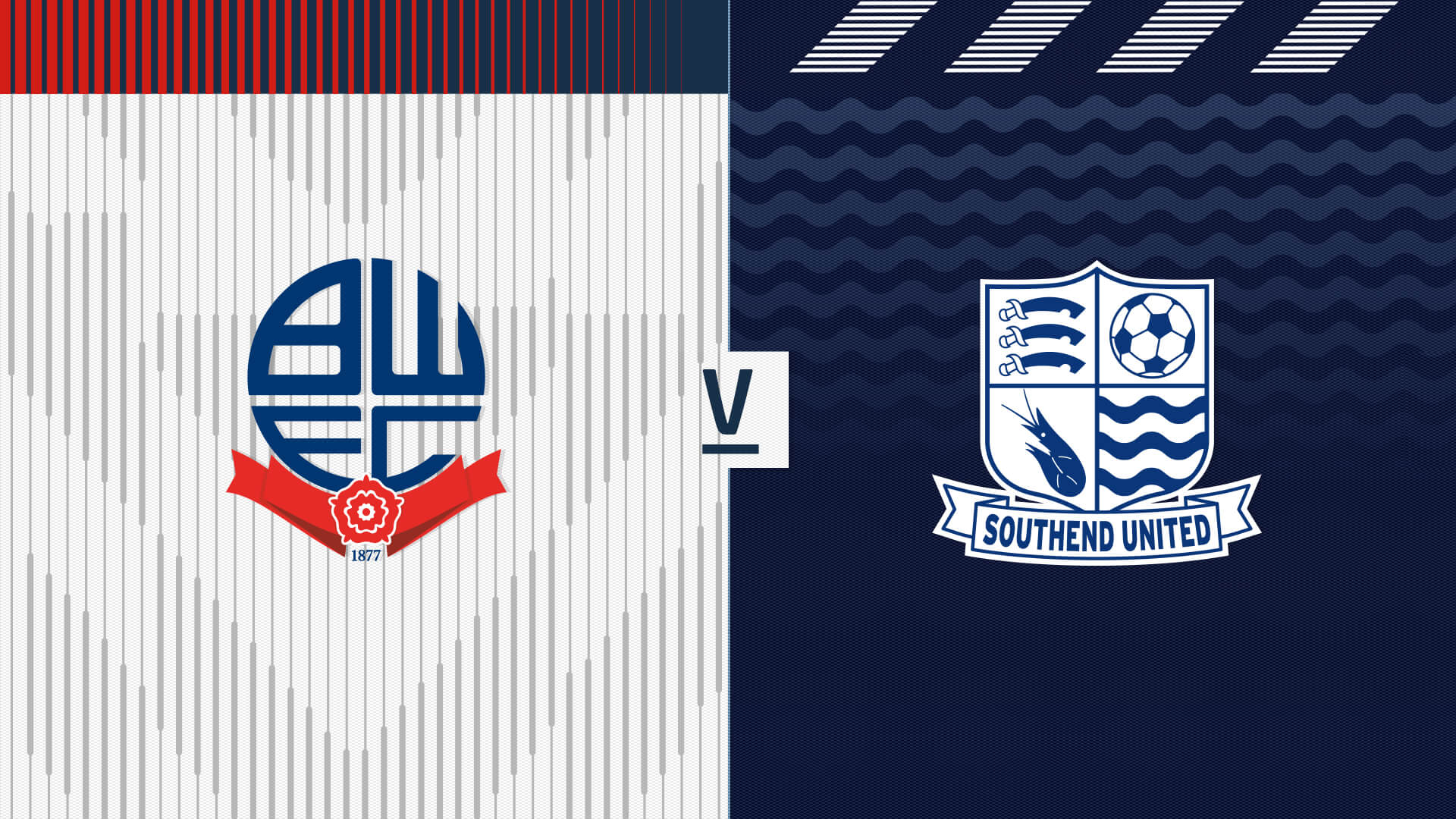 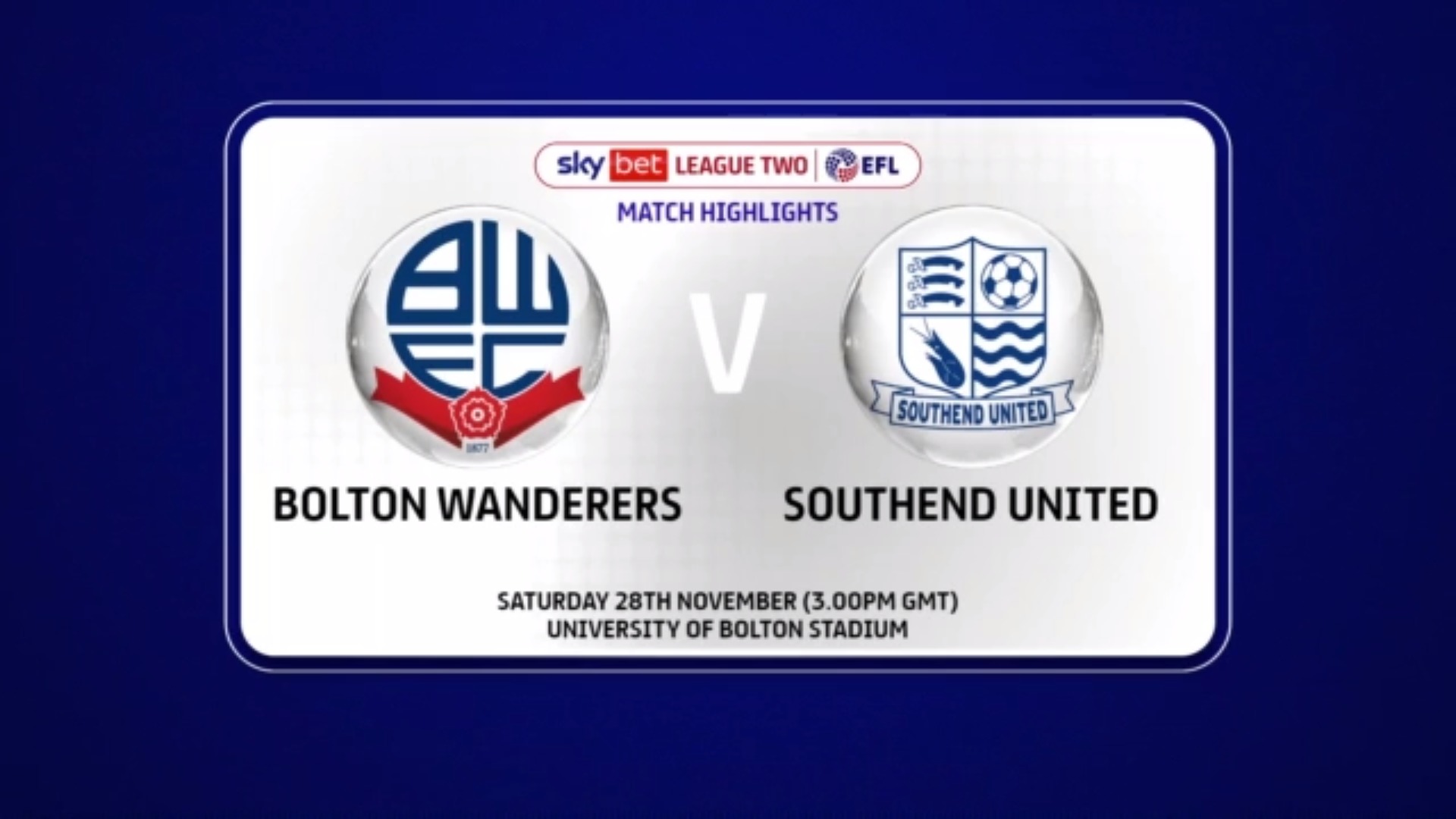 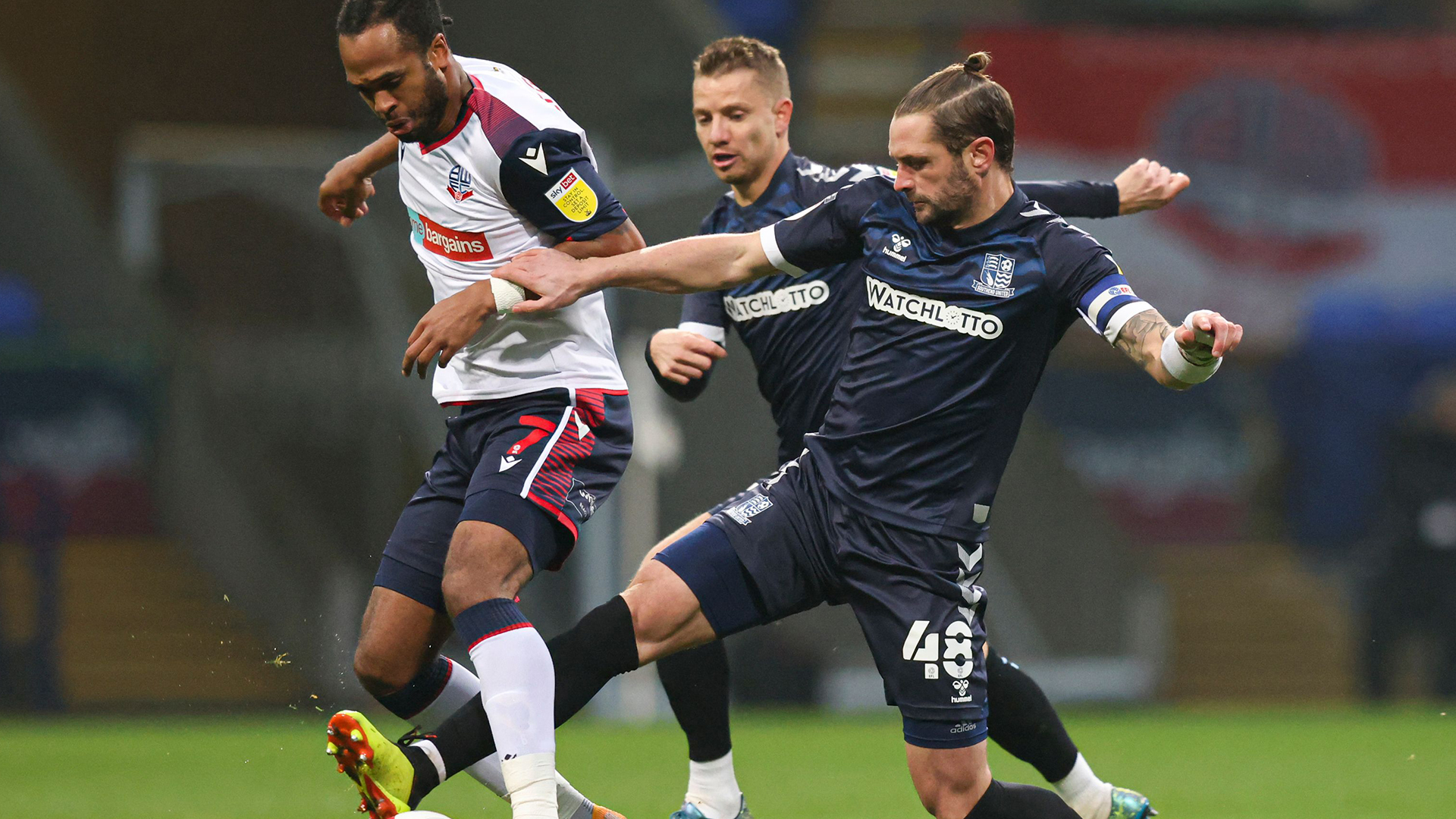