Blues’ final game of the season sees them entertain Newport County at Roots Hall tomorrow afternoon with the visitors not quite assured of a place in the play-offs just yet.

The Exiles know that a point will be enough to secure their spot at the end of season shootout, but defeat could open the door for Exeter to sneak in thanks to their superior goal difference.

After Southend’s fate was sealed last weekend and relegation confirmed, Blues boss Phil Brown has urged his players to go out there one final time and show pride in the shirt.

Southend’s 2-1 win at Barrow last weekend was only the second time this season that Blues have picked up back-to-back victories and came following another 2-1 win over Leyton Orient.

Since Phil Brown came in as manager, Southend have picked up two wins and two draws, with their only defeat coming against Colchester United.

Newport head into Saturday unbeaten in their last four thanks to four clean sheets, with a draw against Exeter being sandwiched between wins against Crawley, Scunthorpe and Cheltenham.

After a goalless first-half, a foul on Timothee Dieng allowed Clifford the opportunity for a strike at goal, with his effort taking a wicked deflection to deceive Nick Townsend and secure Blues the win.

"Michael Flynn is in town and he’s a good friend of mine, on the same diploma course as me at the moment. We’ve shared many laughs over the course of the last year, but there will be no favours. He will know that.

"I’m not expecting anything from him but a very strong turn out of his team with some of the football he’s been playing this season. Relatively speaking that’s been much better than we’ve done. He’s towards the top of the league for one reason and that’s they turn up week in, week out.

"I know for a fact they will turn up on Saturday to try and win the game of football."

Tom Clifford returned to training this week having been out since the trip to Exeter with a thigh injury, with the full-back in the mix for selection tomorrow.

One player likely to miss out though will be Ricky Holmes who came off at half-time against Barrow last weekend having played 45 minutes on an injured ankle.

Exiles captain Joss Labadie is the one we’re picking to look out for tomorrow afternoon following his match-winner against Cheltenham Town last weekend.

The 30-year-old’s bullet of an effort from outside the box in just the 4th minute at Rodney Parade last weekend secured a vital win for Newport over Cheltenham Town to keep them safely inside the top seven.

That took the midfielder’s tally for the season up to five goals for the campaign, adding to his previous strikes against Mansfield, Colchester, Walsall and Watford.

John Brooks will be the man in the middle of tomorrow afternoon’s clash, being assisted by Nick Greenhalgh and Akil Howson, with Declan Bourne the fourth official.

Brooks has officiated 30 games this season, mostly in the Championship, and has shown a total of 101 yellow cards and five reds. His last outing was a 2-2 draw between Reading and Swansea.

The Leicestershire referee’s last visit to Roots Hall was back in September 2017 when he oversaw a 2-1 win against Blackpool with goals from Anthony Wordsworth and Simon Cox.

With fans not able to attend Roots Hall in person, Blues supporters can watch tomorrow’s game with Newport County by picking up a Match Pass on iFollow Blues for £10.

Southend United’s final game of the League Two season ended in a 1-1 draw with Newport County at Roots Hall with the point enough for the Exiles to secure a place in the play-offs.

Blues made two changes from the side that won at Barrow last weekend with James Olayinka coming in for Reeco Hackett-Fairchild who dropped to the bench while Matt Rush replaced the injured Ricky Holmes up front, partnering Greg Halford in attack.

Visitors Newport were unchanged off the back of a four-game unbeaten run in which they’d failed to concede once but it took Southend just 11 minutes to break through the Exiles defences as Shaun Hobson put the home side in front early on.

A short corner from Harry Kyprianou made its way to Terrell Egbri on the left who whipped the ball into the danger zone. Hobson went up for the header and the ball fell kindly for the defender to take a second stab at it and bundle it beyond Tom King.

It was the worst possible start for Newport who, despite starting the day in 5th, weren’t assured of a place in the play-offs just yet and needed a point to be certain, but nothing was coming off for Michael Flynn’s side in the first-half who were being frustrated by Southend.

And Blues should have had the ball in the back of the net again after a quick one-two between Egbri and Elvis Bwomono down the right led to the latter slinging a ball across the face of goal towards Halford who skied it over the crossbar, with his blushes only spared by the offside flag.

The Exiles struggled to carve out a clear opening before the interval, though they went close just before the break when the ball fell to Scot Bennett on the edge of the box with his volley going narrowly wide.

Blues started the second-half brightly and should have doubled their advantage when Halford picked Mickey Demetriou’s pocket. Halford played it across to Rush who stayed onside but his effort was saved by King before King comfortably claimed Olayinka’s follow-up.

With Newport's play-off spot hanging in the balance, the visitors went close to equalising when Josh Sheehan’s free-kick needed clawing away by Mark Oxley, but the away side did make the breakthrough shortly after as Demetriou flicked in a long-throw from Aaron Lewis to level it.

A point was all the Exiles needed but Southend were immediately given a chance to retake the lead as Rush was adjudged to have been fouled by Liam Shephard in the box, despite the protestations of the visitors. Rush stepped up to take the penalty only for King to get down low and make the save.

The final half an hour played out without incident as both sides settled for a point apiece, which was more than enough for the visitors who head into the play-offs while Southend can now start preparing for life in the National League next season. 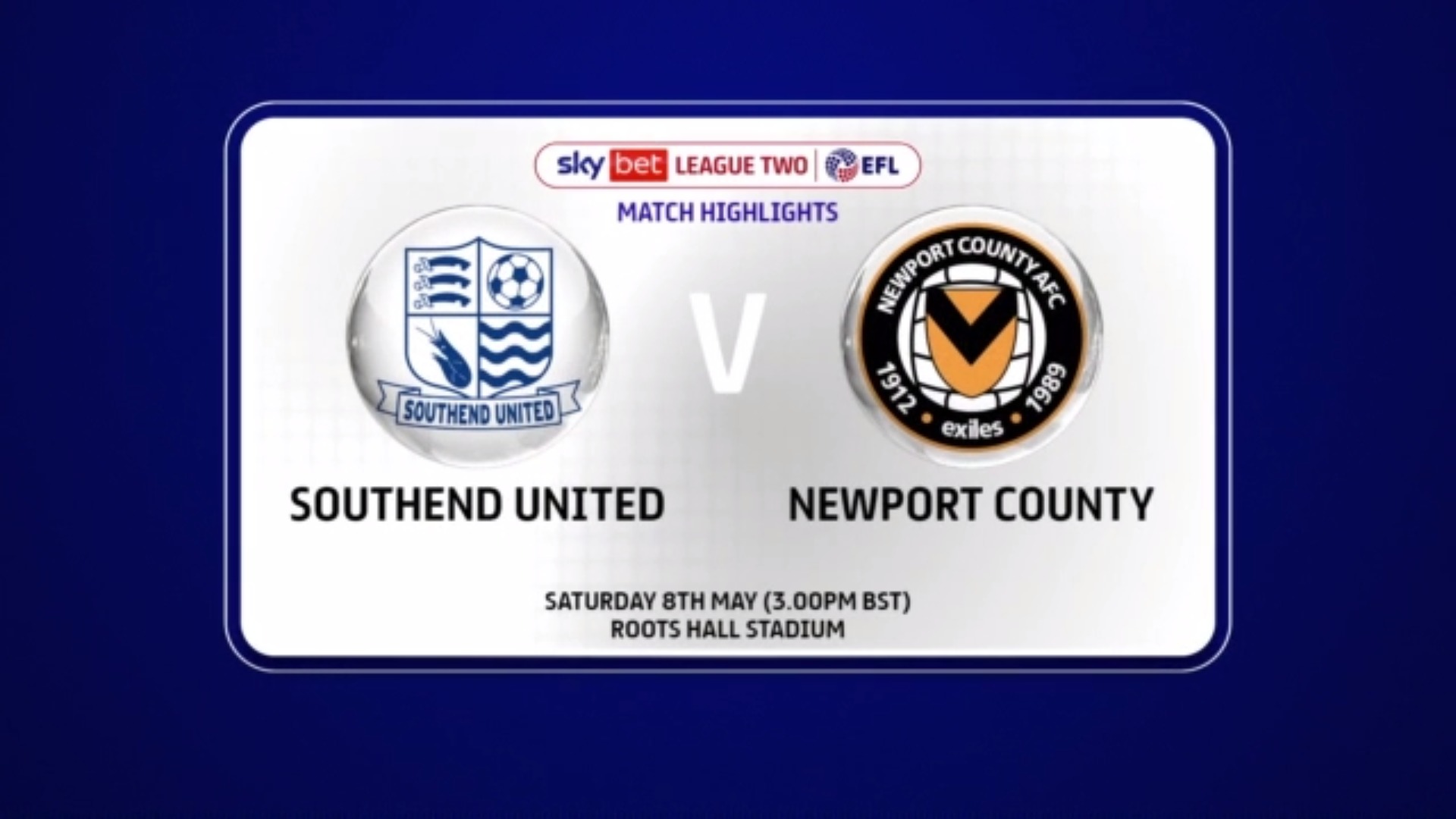 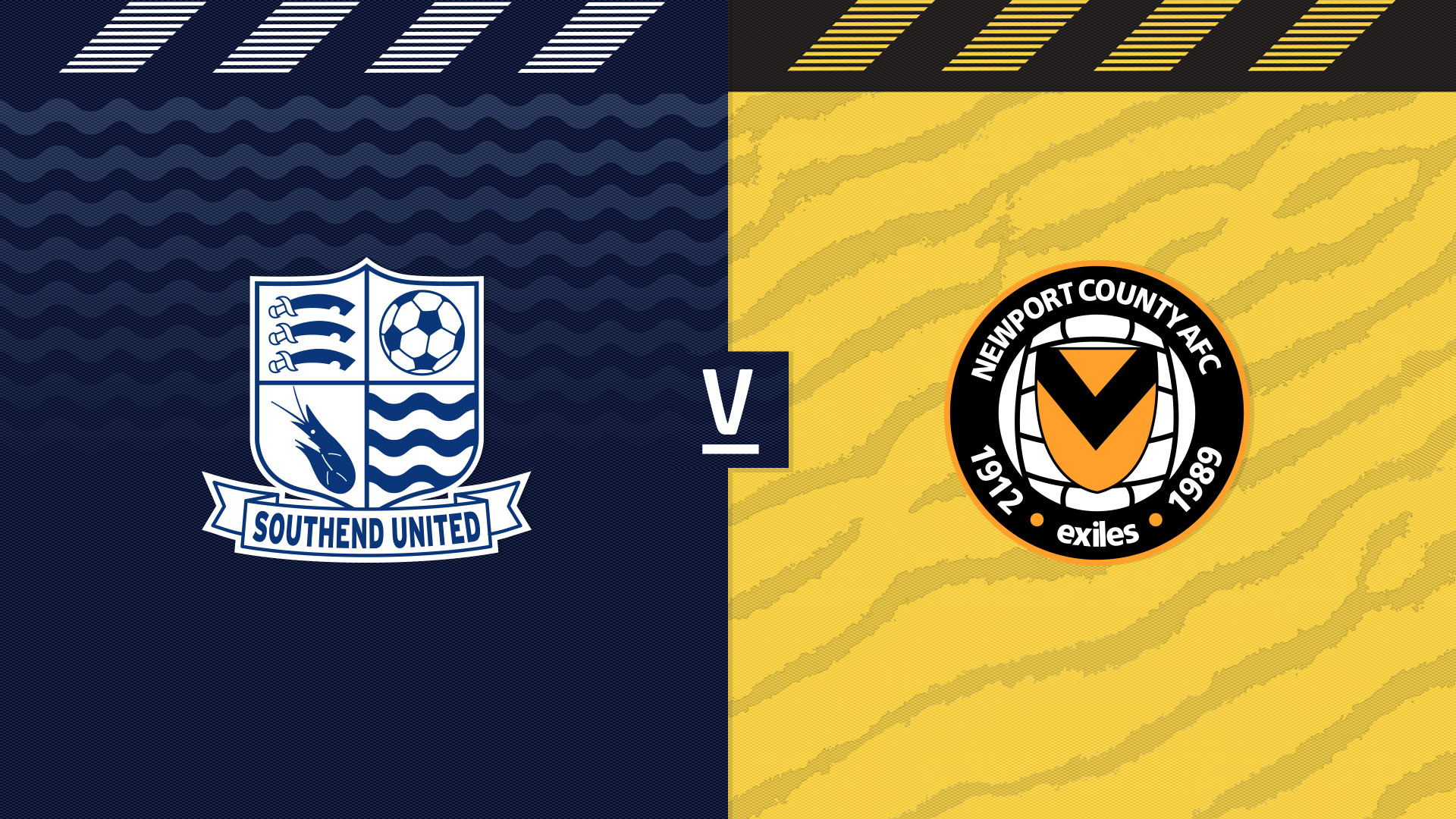 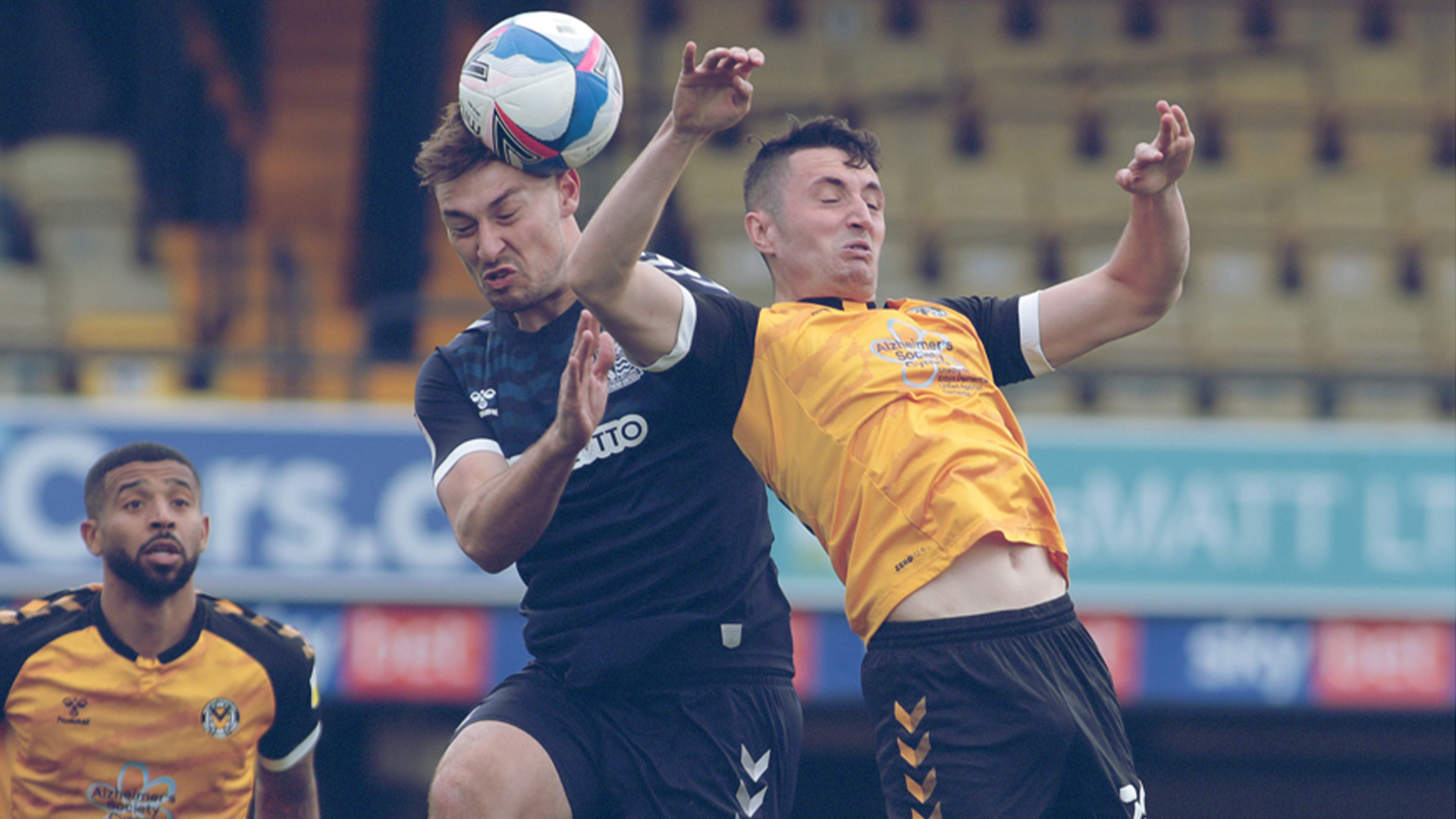