Tomorrow sees Blues make their final away trip of the season and the fixture gods have saved the longest journey till last as Southend make the 640-mile round trip to take on Barrow.

The Bluebirds secured another season in League Two with their win against Forest Green on Tuesday, but Phil Brown’s side know that only a win can keep their survival hopes alive.

Results elsewhere though could still send Blues down regardless of how they get on, but all Southend can do is concentrate on themselves come kick-off at the Progression Solicitors Stadium.

Last weekend’s victory against Leyton Orient was the first under Phil Brown since he returned for his second spell as Southend boss and is Blues’ only win in their last six games.

The remaining five games of that spell saw Southend pick up three draws against Morecambe, Exeter and Crawley, and suffer defeats to Carlisle and Colchester.

Barrow’s aforementioned win against Forest Green in midweek ended a run of three straight defeats for the Bluebirds. In their last six they’ve won two, drawn one and lost three.

Blues had to survive practically the whole of the second-half with 10 men to pick up a vital 1-0 win against Barrow as Reeco Hackett-Fairchild marked his birthday and debut with the winner.

The midfielder scored in just the third minute with a beautiful curling effort, but after Greg Halford saw red early in the second-half it was backs against the wall for Blues who held on for the victory.

“My message this morning when I looked at the league table, there’s no brackets ‘R’ next to our name. It’s not a rude awakening, there’s no (R) next to us.

“We’re not down, we’re certainly not out and we’ll show on Saturday that we’re still fighting.

“If we can keep it going until the last game of the season, stranger things have happened.”

“We’ve got to go on that coach tomorrow and travel the length and breadth of the country to a place that isn’t going to be very welcoming, to a side that rightly so have survived by performing well on Tuesday.

“Fingers crossed they think they’ve done enough and fingers crossed I’m hoping we bring the same mentality and attitude that we did against Leyton Orient in particular.”

All three injury concerns from last weekend’s win against Leyton Orient will travel to Barrow tomorrow afternoon as Phil Brown looks to have as many options available as possible.

Timothee Dieng (hamstring) only lasted 26 minutes against Orient and has not been training with the group this week but he has been working on his fitness.

Nathan Ferguson (calf) is another facing a race to be fit for the weekend having limped off in the second-half on Saturday, while Ricky Holmes (ankle) is rated as ‘touch-and-go’ by Brown.

Alan McCormack (calf) is a certain absentee as is Jason Demetriou who is serving the second of his three-game ban for his red card picked up against Colchester.

Scott Quigley is undoubtedly going to be Barrow’s biggest threat on Saturday with the 28-year-old being the driving force behind the Bluebirds getting in and staying in the Football League.

Quigley scored 20 goals in all competitions last year to fire Barrow to promotion and has followed that up with 14 this term, nine of which have come since the turn of the year.

And in that 14 have been some vital strikes of late in key games, including the late clincher against Exeter and the opening goal in their survival-clinching victory against Forest Green on Tuesday.

Blues’ trip to Barrow will be officiated by Martin Coy. The Durham referee will have Steven Rushton and Ollie Williams as his assistants and Graham Salisbury as the fourth official.

Coy has taken charge of 29 games so far this season and has shown a total of 74 yellow cards and five reds, with his last outing being the 1-0 win for Bolton at home to Carlisle.

Tomorrow will be Coy’s first trip to Barrow since March 2017 and will be his first Southend game since the 0-0 draw away at Bury in February 2018.

Southend United will be joining the rest of the EFL and the Premier League, as well as The FA, Women’s Super League, Championship, PFA, LMA, PGMOL, Kick It Out and the FSA in a social media boycott this weekend, starting from today (Friday 30th April) at 3pm.

The boycott is to emphasise that social media companies need to do more to combat and eradicate all forms of online hate, and to highlight the need for education in the fight against discrimination, with the boycott not ending until 23:59 on Monday 3rd May.

As a result, there will be no updates from the club’s official Twitter, Facebook or Instagram accounts of tomorrow’s clash with Barrow, meaning the best way to follow the action is by picking up a Match Pass for iFollow Blues for £10.

For more information on how you can get your Match Pass for iFollow Blues and ensure you miss none of the action at the Progression Solicitors Stadium, click here.

We will continue to update the website as normal, with the team line-up announcement revealed here on www.southendunited.co.uk at 2pm on Saturday, the match report to follow at full-time as usual along with reaction to the 90 minutes against the Bluebirds from Phil Brown.

Southend United have been relegated from the Football League despite picking up a 2-1 win against Barrow at the Progression Solicitors Stadium.

It was a gutsy and determined display that saw Blues complete a league double against Barrow, however relegation to the National League was confirmed this afternoon by virtue of Scunthorpe United’s point against Bradford.

Phil Brown’s men knew that they would have to win against Barrow and hope for a Scunthorpe defeat at Bradford if they were to take the relegation battle to the last day of the season.

Eight minutes in, Southend had the first meaningful effort on goal, as Elvis Bwomono and Ricky Holmes linked up well down the right-hand side, which saw the latter spin his marker and shoot towards the far post, which forced Joel Dixon in the Barrow goal into a good save.

Around the 20-minute mark, Barrow took the lead through Scott Quigley as they sprung a quick counter-attack following an error by Reeco Hackett-Fairchild in the middle of the pitch. His control let him down allowing the ball to be slotted through to the former Blackpool man Quigley who coolly slotted the ball past Mark Oxley.

Southend responded well to Barrow’s goal and found themselves an equaliser on the half-hour mark, thanks to an emphatic volley by John White from a Holmes free-kick on the right-hand side to give Blues a small lifeline in their battle for survival.

Blues started the second-half quickly as Tyler Cordner zipped a deflected shot inches wide of the Barrow goal, following a lay-off around the edge of the Bluebirds’ box.

In the 53rd minute, Southend got the goal they were praying for, as a dazzling run from Terrell Egbri down the middle of the pitch saw space open up around 20-yards out, inviting a shot from Blues winger which was struck well, but went through the grasp of Barrow goalkeeper Dixon and into the back of the net.

Just before the hour mark, Barrow nearly equalised, as a corner from the left-hand side was met by Matthew Platt, whose header looked destined for the top corner at the back post, however, Oxley pulled off a fantastic save to keep Blues ahead.

With just over 10 minutes to go, Southend pushed desperately to try and reduce the goal difference on Scunthorpe, as Greg Halford rampaged into the penalty area, but dragged a shot wide of the near post.

The hosts came within inches of equalising again though with just five minutes to go, as good play down the right-wing between Connor Brown and Calvin Andrew saw the latter lay off a pass to Ollie Banks who curled an outside of the foot effort narrowly over Oxley’s crossbar.

Blues managed to see out the game, but due to results elsewhere, the Shrimpers were relegated from the Football League for the first time in 101 years. Southend host Newport County at Roots Hall on the last day of the season. 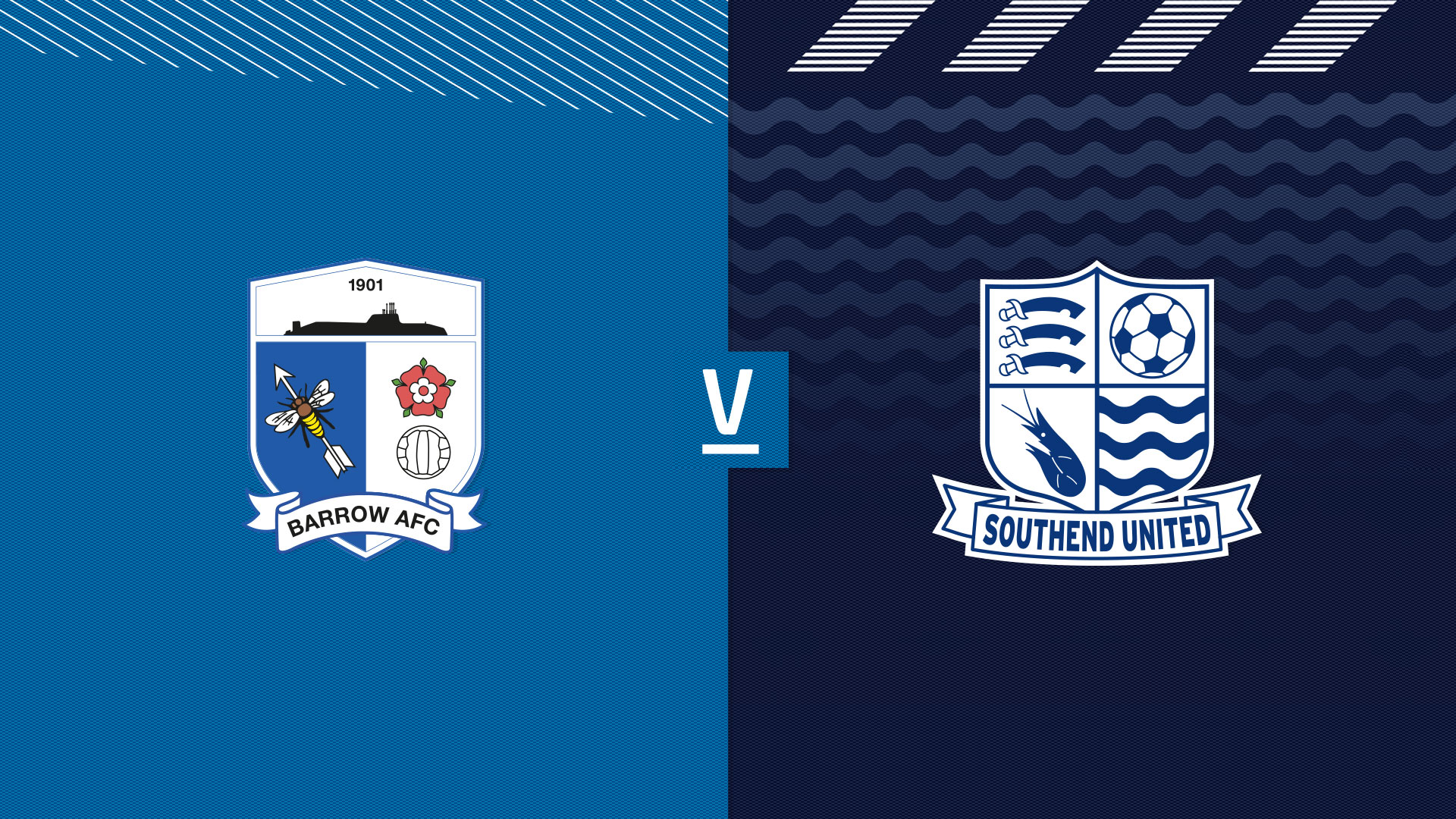 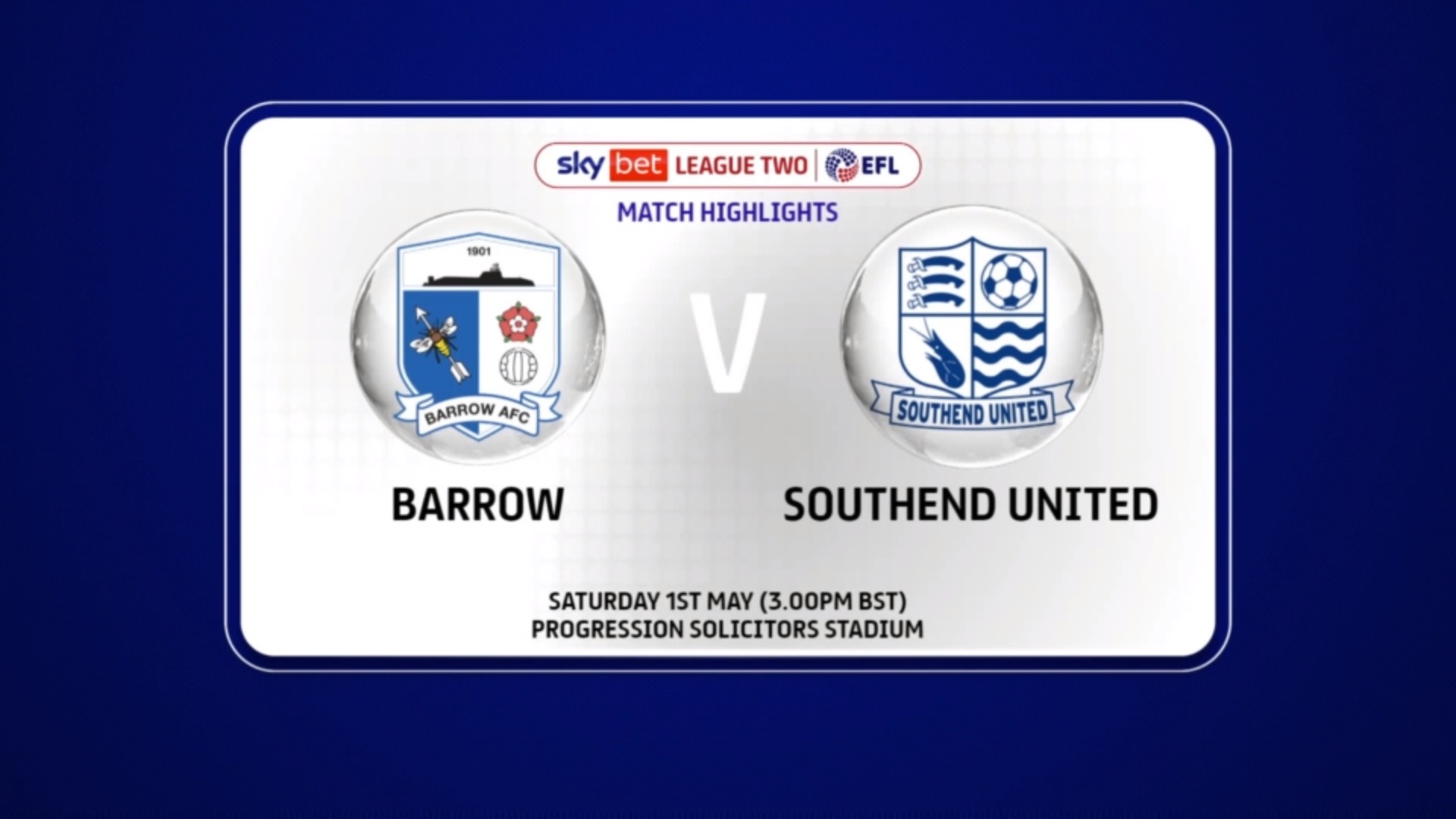 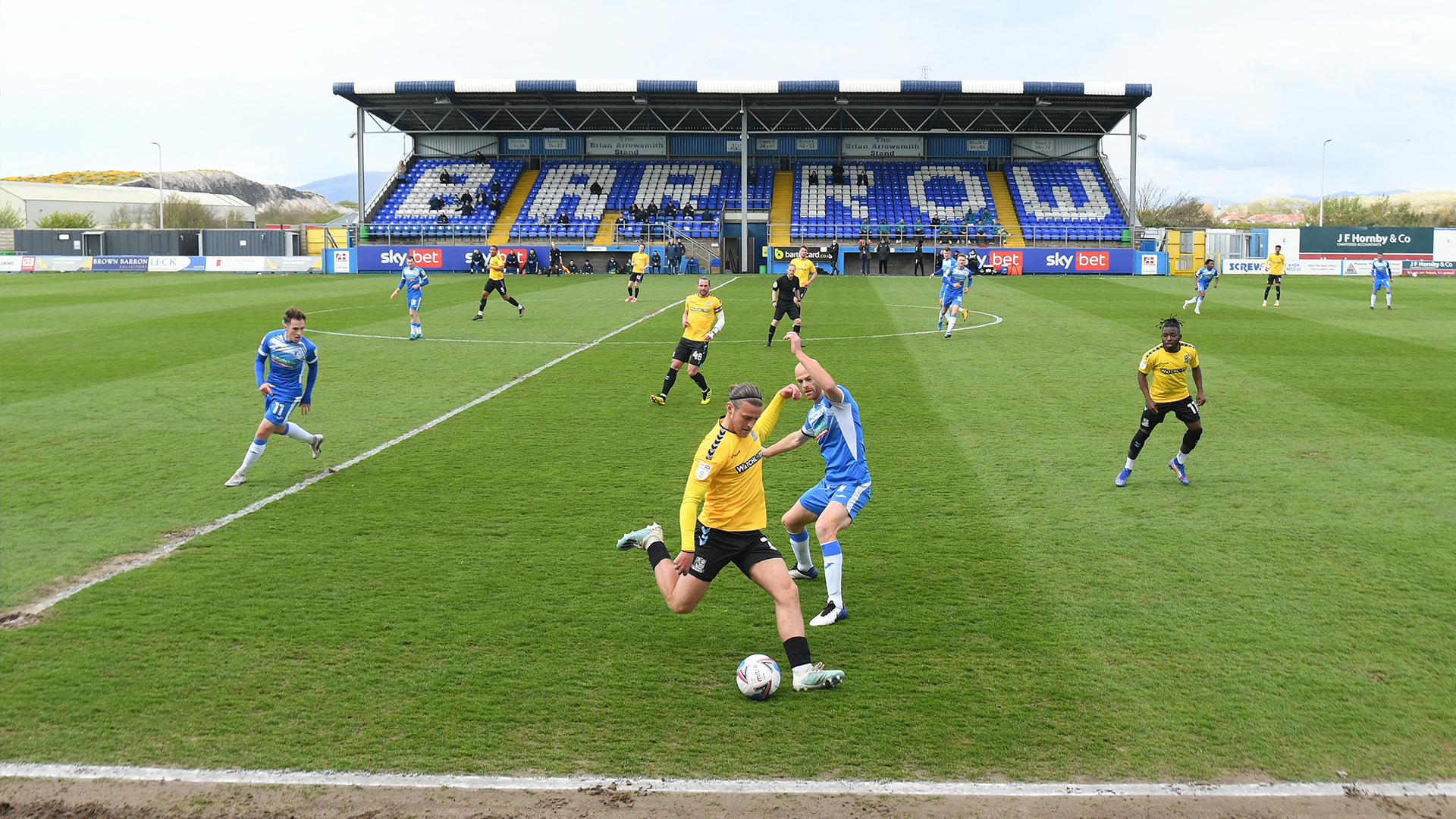