Southend United welcome Walsall to Roots Hall this evening in a rearranged meeting between the two sides who are both looking at tonight as a chance to secure a much-needed three points.

With just 10 games remaining until the end of the season for Blues, tonight is yet another massive game for Mark Molesley’s side if they are to stand any hope of evading the drop.

But the Saddlers themselves aren’t out of the woods either after a poor recent run of form, so tonight could prove key to both side’s aspirations of staying in League Two next season.

Saturday’s late equaliser against Scunthorpe at the Sands Venue Stadium prevented Blues from picking up their first win in six matches since beating Forest Green Rovers.

The 1-1 draw against The Iron was Southend’s fourth draw in their last six following on from stalemates against Stevenage, Oldham and Salford, and defeats to Tranmere and Cheltenham.

Walsall’s form hasn’t been any better with the Saddlers picking up just four draws in a 10-game winless run, with their last outing being a 2-1 defeat at Bolton on Saturday.

Emile Acquah’s late strike earnt Blues their first win of the season in dramatic circumstances the last time these two sides came head-to-head back in November.

Just minutes after Elijah Adebayo had skied a penalty up the other end, substitute Acquah came up with the winner, scoring on the turn with two minutes remaining to snatch the points.

Despite recovering from an illness that prevented him from making the pitch on Saturday, Elvis Bwomono will be absent again this evening as he’s flown out on international duty with Uganda for their African Cup of Nations qualifier against Burkina Faso tomorrow.

That means that Jason Demetriou is likely to deputise again at right-back for Blues, though Mark Molesley may consider pushing Shaun Hobson over the right with Tyler Cordner available as another centre-back option for the Southend boss.

Another defender, Tom Clifford, faces a race to be fit tomorrow after picking up an ankle injury in training last week. The knock was enough for the full-back to miss the trip to Scunthorpe and he’ll be given a late fitness test to see if he can make the squad this evening.

Lavery, who had a brief spell at Southend early in his career, has scored six times this season in all competitions with his most recent strike coming in the first minute of a 1-1 draw with Stevenage.

But the 28-year-old has failed to score since then, a run of six matches without a goal, so he’ll be wanting to put an end to his and Walsall’s tough run of form with a goal tonight.

Tonight will be officiated by David Rock, with Martyn Holmes and Adrian Tranter his assistants and Darren Blunden the fourth official.

It’ll be Rock’s second appearance at Roots Hall this season having also overseen Blues’ 3-1 defeat to West Ham’s u21s in the Papa John’s Trophy way back in September.

Rock has so far this season taken charge of 24 matches, showing a total of 74 yellow cards and four reds, with his last appointment being Saturday’s 3-3 draw between Rochdale and Peterborough.

With fans not able to attend Roots Hall in person, Blues supporters can watch tonight’s game with Walsall by picking up a Match Pass on iFollow Blues for £10.

Southend United threw everything they could at Walsall but the 10-men of Blues were unable to pick up a winner in a 0-0 draw at Roots Hall.

The home side went close to opening the scoring midway through the first-half when Timothee Dieng smacked the crossbar with a header and they continued to pile the pressure on in the second-half before Sam Hart was shown a straight red card for a foul on Derick Osei-Yaw.

But despite being a man light, Southend looked the most likely to grab a much-needed winner as they penned the Saddlers back, with John White forcing a superb save in stoppage time from Liam Roberts to ensure the points were shared.

Mark Molesley can take heart from the fact Blues battled so well with 10 men for almost half an hour at Roots Hall, but it’s a third draw in a row for his Southend side who so desperately need to start picking up wins.

With 10 games remaining for Southend to save their season, the Blues boss made two changes from the side that agonisingly drew at Scunthorpe with Saturday’s scorer Ashley Nathaniel-George coming in alongside Brandon Goodship, who joined Timothee Dieng upfront in a 4-4-2.

The visitors came into tonight without a win in their last 10 and they weren’t quite out of trouble towards the bottom of the table either, and they were first to threaten when James Clarke’s header needed a good reaction save from Mark Oxley to keep him out.

Southend have struggled to find the back of the net since putting three past Forest Green last month, but they were showing a lot more urgency on the ball and in their forward runs, even if the final pass wasn’t quite coming off for Mark Molesley’s side.

Blues though went within the width of the crossbar away from breaking the deadlock just short of the half-hour mark when a Sam Hart corner was whipped in towards the near post with Dieng unfortunate to see his header come back off the woodwork.

Both sides traded further chances before the interval, with Dieng having another headed chance lack the power needed to trouble Liam Roberts before Walsall went close when the ball fell to Josh Gordon only for the Saddlers number 10 to slip as he shot wide.

Walsall made a triple change at the break, but it was Southend that were the quicker out of the blocks with Dieng and Reeco Hackett-Fairchild both having chances before Roberts was called into action to bundle Nathan Ferguson’s quick free-kick round the post for a corner.

The home side continued to apply the pressure with a string of set-pieces and they went close again on the hour mark when Nathaniel-George hit the side netting. But that forward momentum was completely curtailed when Blues were reduced to 10 men for a red card for Hart.

Hart went in for a 50-50 challenge on Derick Osei-Yaw and clattered into the Saddlers substitute with referee David Rock brandishing the red. Southend may feel hard done by as it appeared Hart slipped as he went in for the ball, but regardless Blues had to finish the game with a man disadvantage.

Despite being a man light, Southend had two glorious chances to snatch a winner with Roberts scrambling back to stop a Simeon Akinola looping header before Dieng had an even better chance from a Hackett-Fairchild free-kick but he put his free header over the bar.

Blues threw everything they could forward to grab three points and in stoppage time only a brilliant save from Roberts prevented John White from scoring a much-deserved winner, with the goalie springing low to his right to push the defender’s shot away as the points were shared. 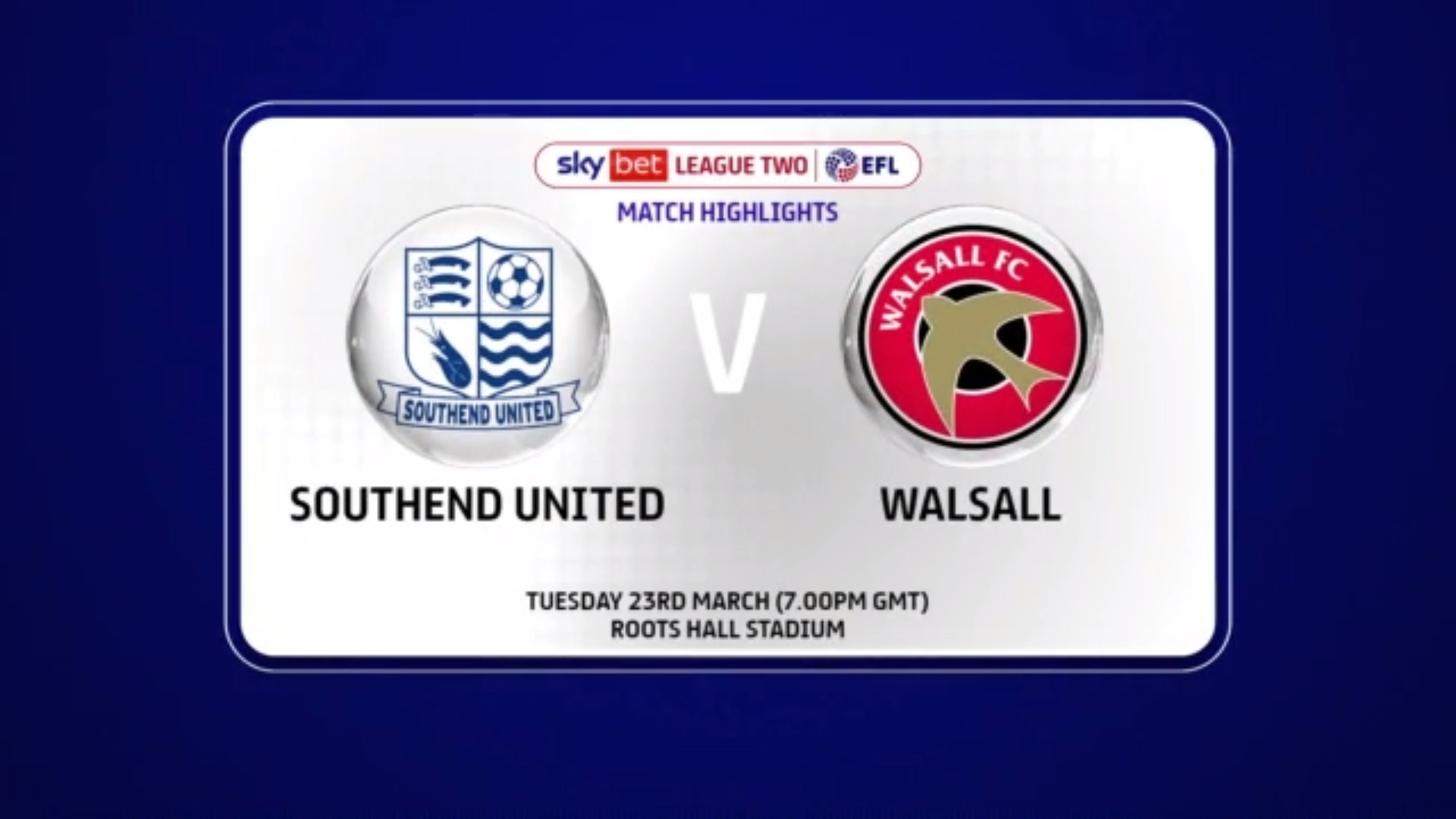 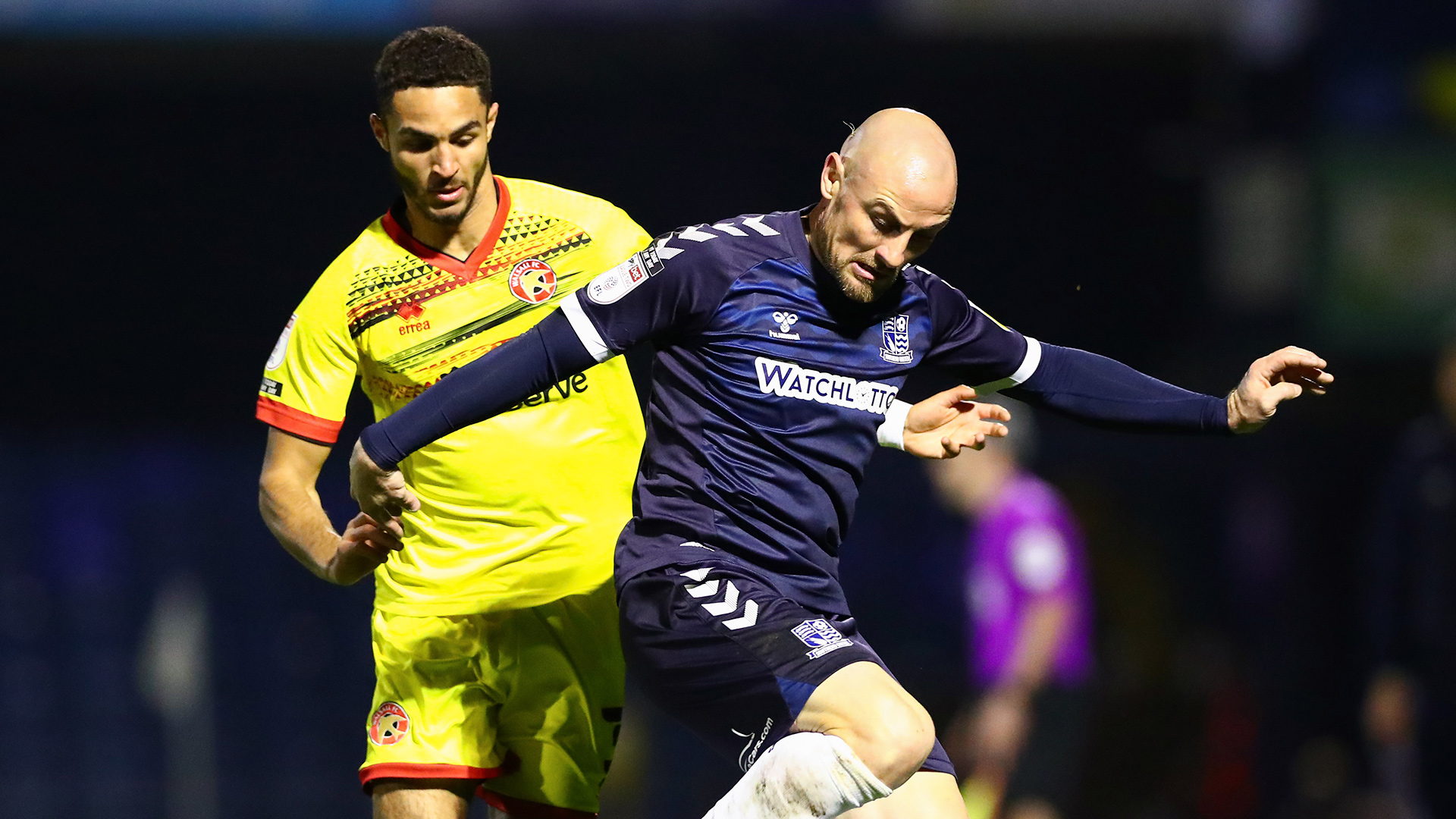