Blues welcome Stevenage to Roots Hall tomorrow afternoon in what is shaping up to be another hugely important afternoon for Mark Molesley’s side.

Tomorrow’s visitors haven’t conceded in any of their last five games, underpinning their recent upturn in form which has seen them steer clear of the relegation dog fight.

And with Southend looking to bounce back from the midweek defeat to Tranmere, they will likely face another big test of their fighting characteristics against Alex Revell’s Boro.

Southend are coming into Saturday off the back of a frustrating 2-0 defeat to Tranmere which boss Mark Molesley described as a ‘blip’ that Blues could ill afford to repeat.

In their last six league games, Southend have won once and drawn twice with draws against Salford and Oldham following a win at Forest Green Rovers.

Stevenage are currently on a seven-game unbeaten run which has seen them pick up three wins and four draws, conceding just once. Last time out they drew 0-0 away at Leyton Orient.

Both sides cancelled each other out the last time Stevenage and Southend met back in December as the points were shared in a 0-0 draw at the Lamex Stadium.

Brandon Goodship and Richard Taylor had Blues’ best opportunities, while Tyrone Marsh was unlucky to see his effort hit the crossbar as both sides settled for a point apiece.

“They've done a fantastic job and they've led the way [of how to pull themself out of danger].

“They've made themselves hard to beat, they've got the best defensive record by some margin now in the last chunk of games.

“They're very resilient, very hard to beat so it is going to be another real tough challenge for us.

“I like to think that we haven't been too far away, but maybe we haven’t had to the points to show for our hard work on a few of the games lately.

“But it just shows, if you can keep that belief and keep that resilience then you can go on a run in this league and that’s what we’ll certainly be doing everything we can to do.”

Simeon Akinola has ‘got a chance’ of making Saturday’s squad, according to Blues boss Mark Molesley, who described the striker as not being far away after missing the midweek defeat to Tranmere with a back injury.

Jacob Mellis is pushing for his first Southend appearance after coming through an U23's game unscathed earlier in the week, although Molesley also suggested another behind-closed-doors game would put Mellis in a better place to then put him in the frame.

Saturday may be too soon for Terrell Egbri as well. The winger is working his way back from a hamstring problem and, like Mellis, played 45 minutes for the U23's on Tuesday.

James Olayinka is closing in on a return after a combination of groin and ankle injuries have kept him sidelined. The winger won’t be available this weekend, though he is expected to appear in a behind-closed-doors game next week to help build his fitness after a prolonged period out.

The form of Elliott List since the turn of the year has been one of the biggest catalysts behind Stevenage’s rise up the table and he is certainly going to be a big threat tomorrow.

Since mid-January, the former Gillingham midfielder has scored six times, with his most recent strike seeing him smartly round the goalkeeper to score the winner against Harrogate.

The 23-year-old has shown he can score all manner of goals too with long-range efforts and smart finishes leading to goals in recent weeks, making him one of Stevenage’s main dangermen.

It’ll be Wright’s first-ever visit to Roots Hall since being promoted to a Football League ref in 2018, though he has taken charge of one Blues game before, a 2-2 draw at Fleetwood in 2019.

So far this season, Wright has officiated 25 games in which he has shown a total of 73 yellow cards and three reds, with his last match being the 2-1 win for Bolton against Cambridge on Tuesday.

With fans not able to attend Roots Hall in person, Blues supporters can watch tomorrow’s game with Stevenage by picking up a Match Pass on iFollow Blues for £10.

To purchase your Match Pass and ensure you miss none of the action at Roots Hall on iFollow Blues, click here.

Southend United were unable to breakdown a stubborn Stevenage side as Blues drew 0-0 with Alex Revell’s side at Roots Hall.

Having kept five clean-sheets in a row, the visitors were always likely to be a tough nut to crack and so it proved, but Mark Molesley will be frustrated that his side weren’t able to take the guilt-edged chances they created.

Stevenage had a couple of chances of their own, but nothing as clear-cut, as both sides were made to settle for a point in a repeat of the scoreline from the reverse fixture between the two sides back in December.

Going into the game at Roots Hall, the importance of this afternoon’s fixture wasn’t lost on anyone, with Barrow’s win at Walsall only heightening the importance of picking up three points against a Stevenage side that were bang in form and difficult to break down.

Boro came into today unbeaten in seven with just one goal conceded in that time, while Blues had scored in just one of their last seven, so Mark Molesley went with a more attacking line-up, making four changes and going with two up front.

Shaun Hobson, Sam Hart, Nathan Ferguson and Simeon Akinola came in and Akinola had a glorious chance seven minutes in when he was picked out by a stellar cross from Reeco Hackett-Fairchild, but the striker was unable to hit the target on the volley six-yards out.

Blues continued to look the most threatening and had further chances with Hackett-Fairchild’s free-kick hitting the wall before Akinola attempted an overhead kick only for Stevenage defenders to hack the ball clear.

Stevenage started to get a foothold in the game as the half wore on and twice went close before the interval with Elliott List dragging a shot off target after half an hour. Elliot Osborne then went even closer with his effort that flashed across the face of goal, whistling just past the post.

The second-half was a much scrappier affair and it wasn’t until after the hour mark before we saw an effort on either goal as List picked up the ball on the right, cut inside onto his left and pulling his shot wide of the mark.

With 10 minutes remaining, Chris Lines’ smart free-kick afforded Luke Norris a chance on goal but with the angle narrowing the Stevenage sub couldn’t squeeze his shot beyond Montgomery who kept it out with his foot.

Five minutes added on time were shown and Blues had a free-kick in the final seconds which saw efforts from Jacob Mellis and John White blocked, before Ricky Holmes fired over on the stretch as Stevenage held on, leaving Southend frustrated at picking up just a point. 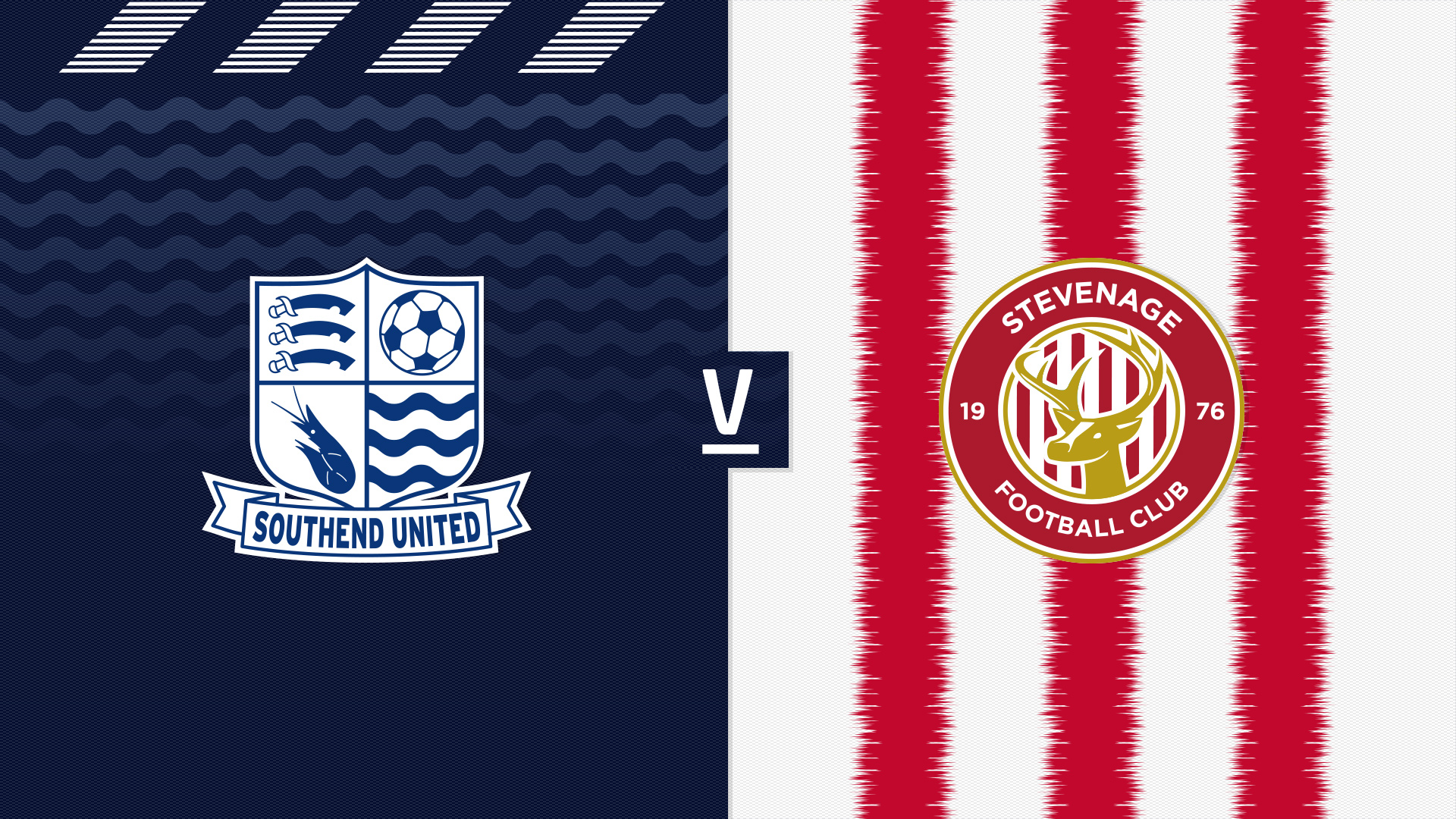 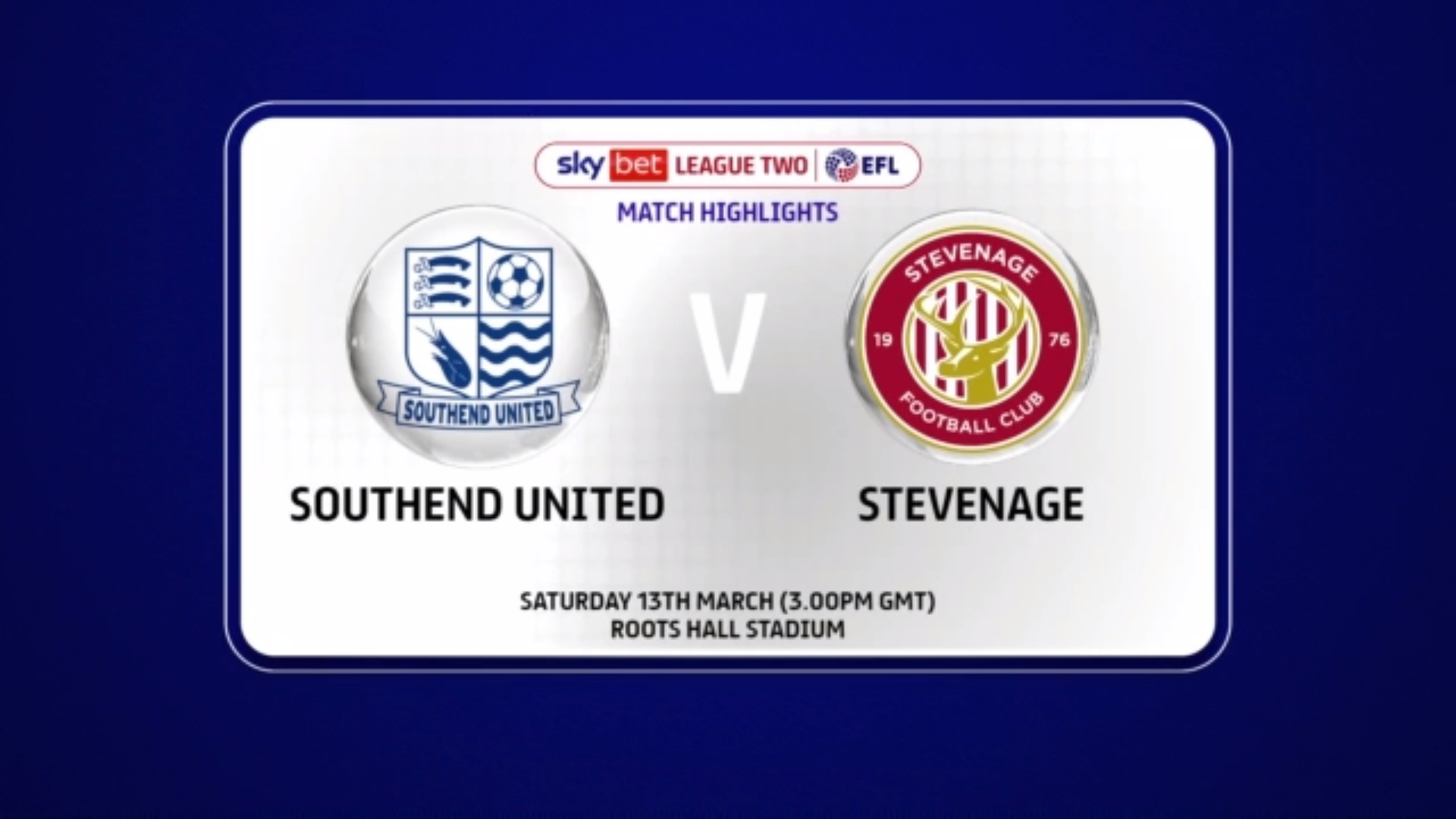 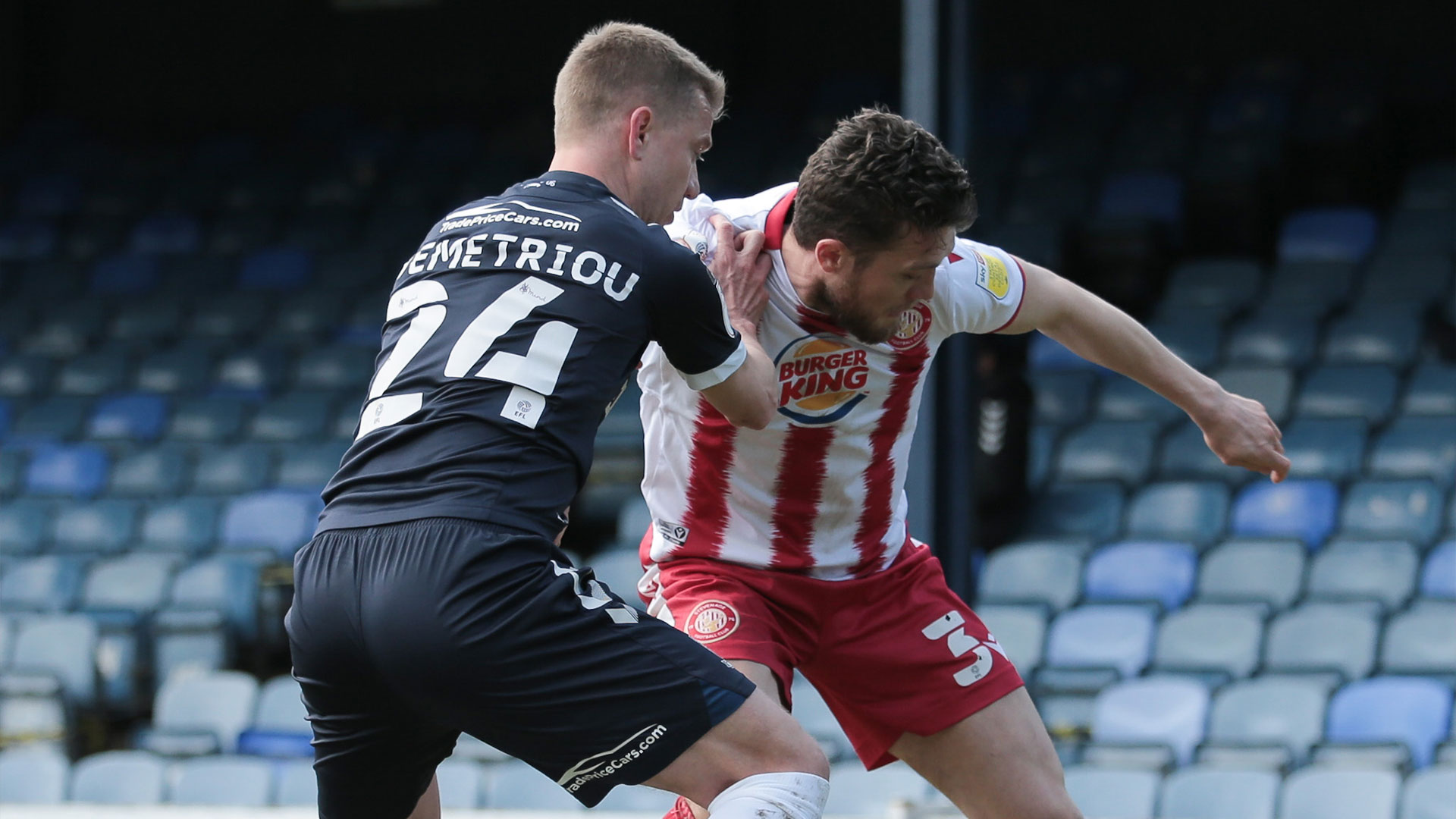