Having won two and drawn one of their last three away trips, Southend will head to the Jonny-Rocks Stadium in confident mood as they look to pick some more vital points on the road.

The Robins though will provide another stern test of Blues’ fighting characteristics with Michael Duff’s side currently third in the table and in reach of league leaders Cambridge.

Saturday’s 0-0 draw against Salford was another positive result for Blues having come into the weekend off the back of a superb 3-1 win at Forest Green Rovers in midweek.

Southend have lost just two of their last six matches, losing to Bolton and Port Vale, while picking up wins against Forest Green and Newport and draws against Cambridge and Salford.

Cheltenham have won four of their last five games thanks to wins against Harrogate, Walsall, Cambridge and Scunthorpe, with their only blip in that run coming in a 2-0 defeat to Bradford.

Cheltenham Town picked up the three points the last time these two sides met back in October with goals from Liam Sercombe and George Lloyd the difference between the sides.

Sercombe put the Robins in front in the 10th minute from the penalty spot after Lloyd was fouled by Brandon Goodship before Lloyd glanced in a Chris Hussey cross for the second after the restart.

"We seem to time playing teams very well at the moment; they always seem to be flying and top of the form table!

"We’ve got to use that as a great incentive, a great challenge. The fact that we’re competing with these so-called big teams now shows how far we’ve come.

"They’re very well organised, defensively very strong and can hurt you in a range of ways. That’s the challenge ahead of us. We’re certainly being hard to beat but there’s always room for improvement.”

Mark Molesley is working on bringing in an emergency goalkeeper ahead of this evening’s visit to Cheltenham after Alex Bass was injured 45 minutes into his debut on Saturday.

Bass’ absence combined with the injury to Mark Oxley (groin) leaves Harry Seaden, who impressed in the second-half against Salford, as Blues’ only recognised goalkeeper.

Nile Ranger (groin) will miss out as he awaits the results of a scan, while Molesley is hopeful that Simeon Akinola (quad/back) will be available after both were forced off on Saturday.

Sam Hart (groin) has yet to return to training, but James Olayinka (ankle), Terrell Egbri (hamstring) and Jacob Mellis (fitness) are all back, but tonight is likely to come too soon for the midfield trio.

On-loan Leicester City midfielder Callum Wright has impressed in his brief time with Cheltenham having joined the Robins on loan at the start of February.

The 20-year-old scored a superb winner on his Cheltenham debut against Walsall before backing that up with another well-taken goal in their 2-0 win against Scunthorpe on Saturday.

Wright’s versatility allows him to be comfortable in any position across the midfield and he’s already shown he’ll be a tricky customer for the Blues defence to fend off tonight.

Will Finnie is this evening’s referee at the Jonny-Rocks Stadium, being assisted by Kevin Howick and Christopher Kidd, with Carl Brook the fourth official.

Finnie has overseen 23 games so far this season, brandishing a total of 64 yellow cards and three reds, with his last match being the 2-1 defeat for Colchester at home to Exeter last Tuesday.

Tonight will be Finnie’s second Cheltenham game of the season after taking charge of them at Oldham in November, and first Southend game since November 2019 against AFC Wimbledon.

With fans unable to attend matches in person, Blues fans can watch tonight’s clash with Cheltenham Town by picking up a Match Pass for iFollow Blues for £10.

For more information on how you can get your Match Pass for iFollow Blues and ensure you miss none of the action at the Jonny-Rocks Stadium, click here.

Please note, due to current BBC guidelines relating to travel during the national lockdown, the BBC Essex commentary team will not be able to provide match commentary for the game. Instead, you will have a choice of listening to ambient stadium noise or you can switch to Cheltenham commentary via the settings cog.

Blues fell to a narrow 1-0 defeat away at Cheltenham Town with a second-half penalty from Conor Thomas the difference at the Jonny-Rocks Stadium.

The much-changed Southend side, which included emergency loanee goalkeeper James Montgomery, held firm in the first-half against an onslaught of long throws but their defences were breached early after the restart when Shaun Hobson gave away a penalty.

Hobson brought down Callum Wright, with referee Will Finnie immediately pointing to the penalty spot, allowing Thomas to send Montgomery the wrong way and send the Robins top of the League Two table.

The defeat brought to an end an unbeaten away run of three games for Blues who remain outside the relegation zone after defeats too for Barrow and Grimsby tonight, ahead another huge clash for Southend away at Oldham Athletic on Saturday.

Tonight’s trip to Cheltenham was the first of seven matches in a hectic March and with Blues boss Mark Molesley expecting an aerial onslaught from the Robins, the Southend manager made use of his squad by making six changes to the side that had started against Salford.

Tyler Cornder and Greg Halford came in to add some more height to the Blues defences and they were needed to repel Ben Tozer’s long-throws which were one of Cheltenham’s main weapons in a first-half short of clear chances for either side.

Southend had shown some good form on the road of late and they created the game’s first chance when Tom Clifford and Ricky Holmes – making his full debut for Blues – linked down the left, with Holmes seeing his first shot blocked before the rebound was fired wide from a tight angle.

The Robins, who knew that a win could send them top of the table, had a couple of half-chances with Matty Blair and Callum Wright failing to hit the target. Further efforts from Charlie Raglan and Sam Smith were then easily held by emergency loanee James Montgomery.

After the restart though, Cheltenham broke the deadlock as they won a penalty for a foul on Wright by Shaun Hobson. It looked like the Leicester loanee was looking for the contact, but referee Will Finnie pointed to the spot, with Conor Thomas sending Montgomery the wrong way to score.

Mark Molesley reacted to going behind by calling for the cavalry and made a triple change on the hour mark with Reeco Hackett-Fairchild, Nathan Ferguson and Simeon Akinola all being thrown on to try and retrieve a point or even three.

And with less than 10 minutes remaining Southend created their best chance to equalise when Hackett-Fairchild’s cross found Timothee Dieng. The Frenchman though failed to get the desired contact with his header as it went wide when anything on target would have caused problems.

Southend threw everything they could forward to try and force an equaliser but were unable to trouble Josh Griffiths in the Robins goal, as Michael Duff’s side went top of the League while Southend remain two points above the drop zone. 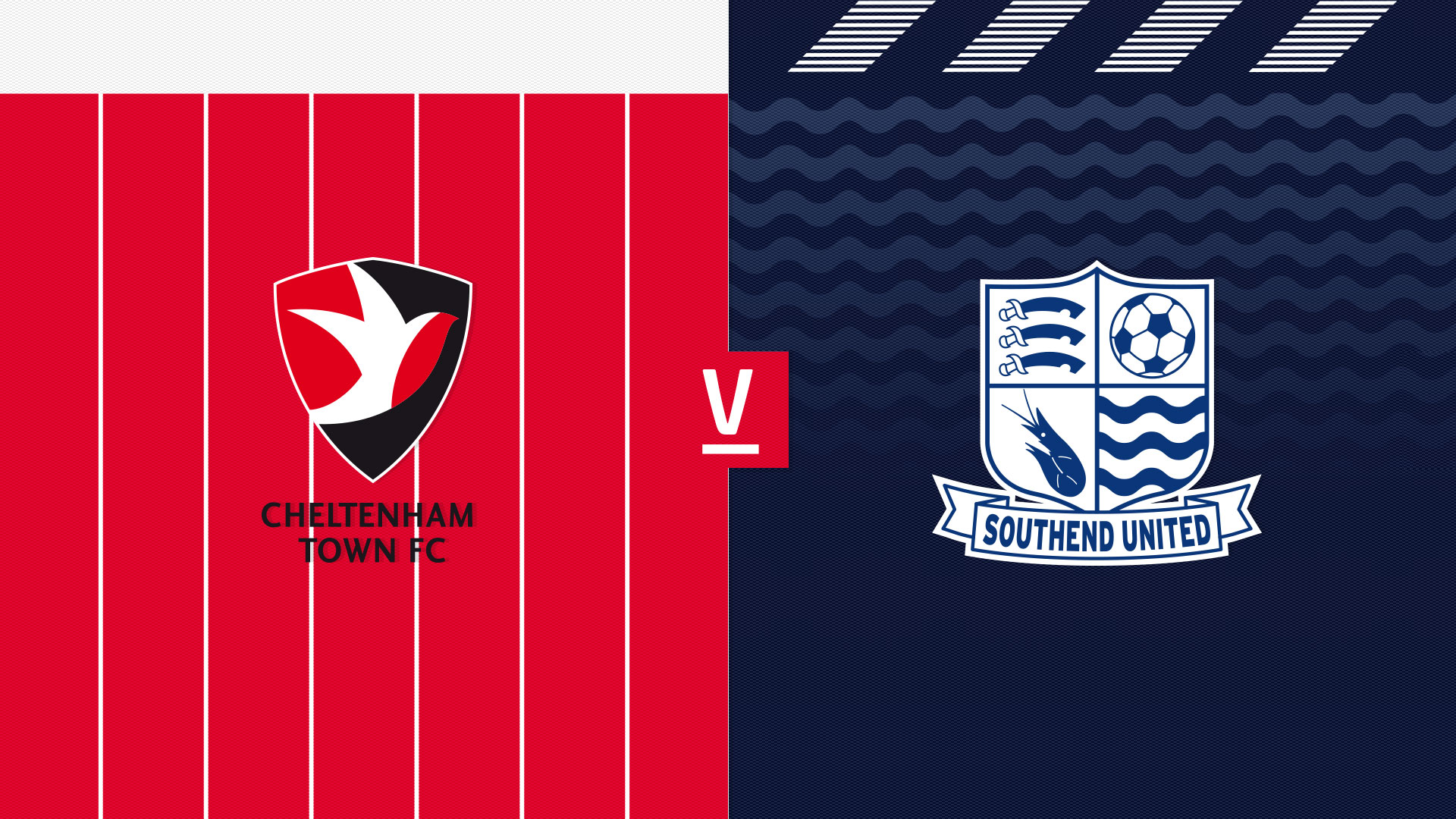 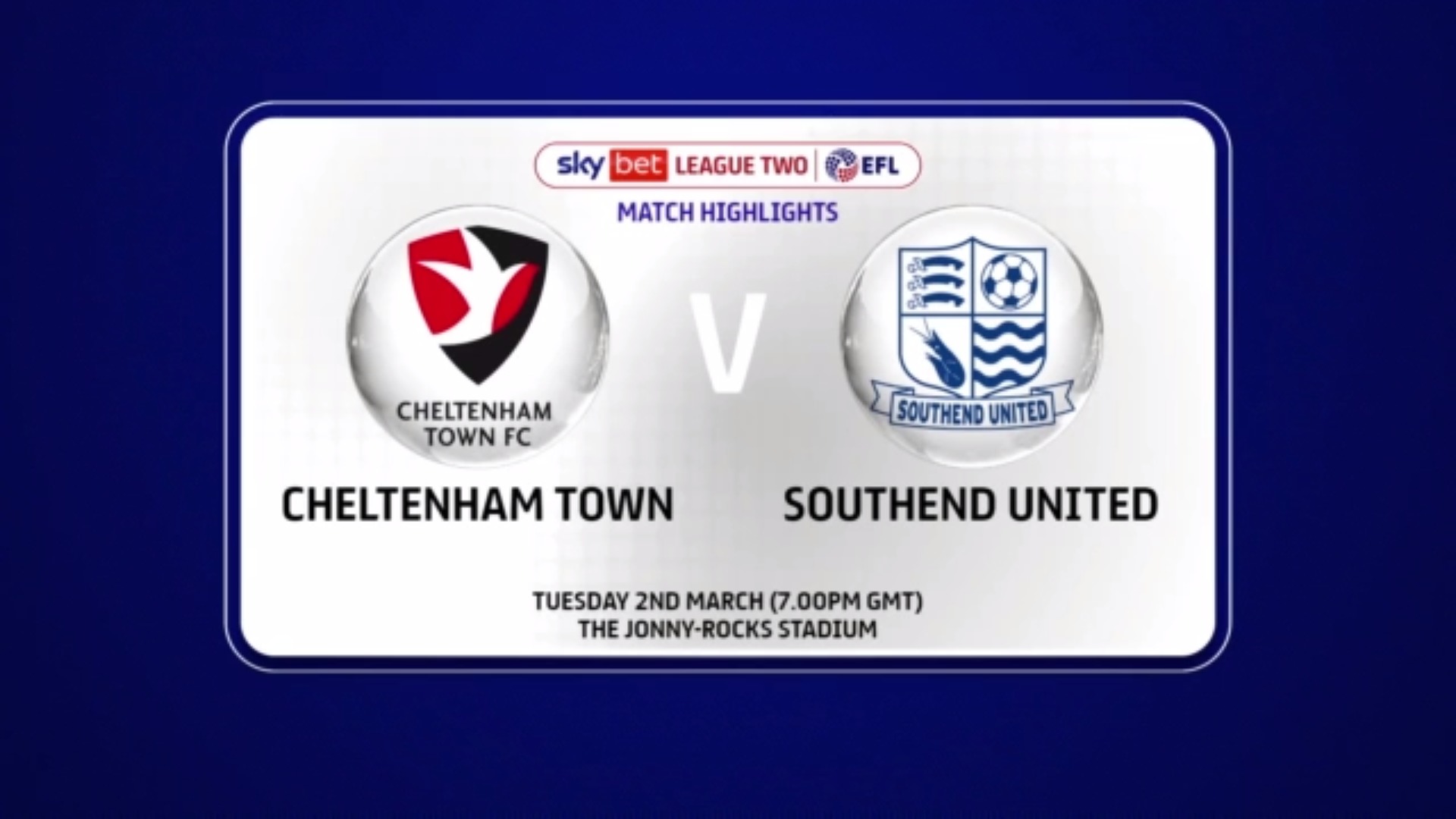 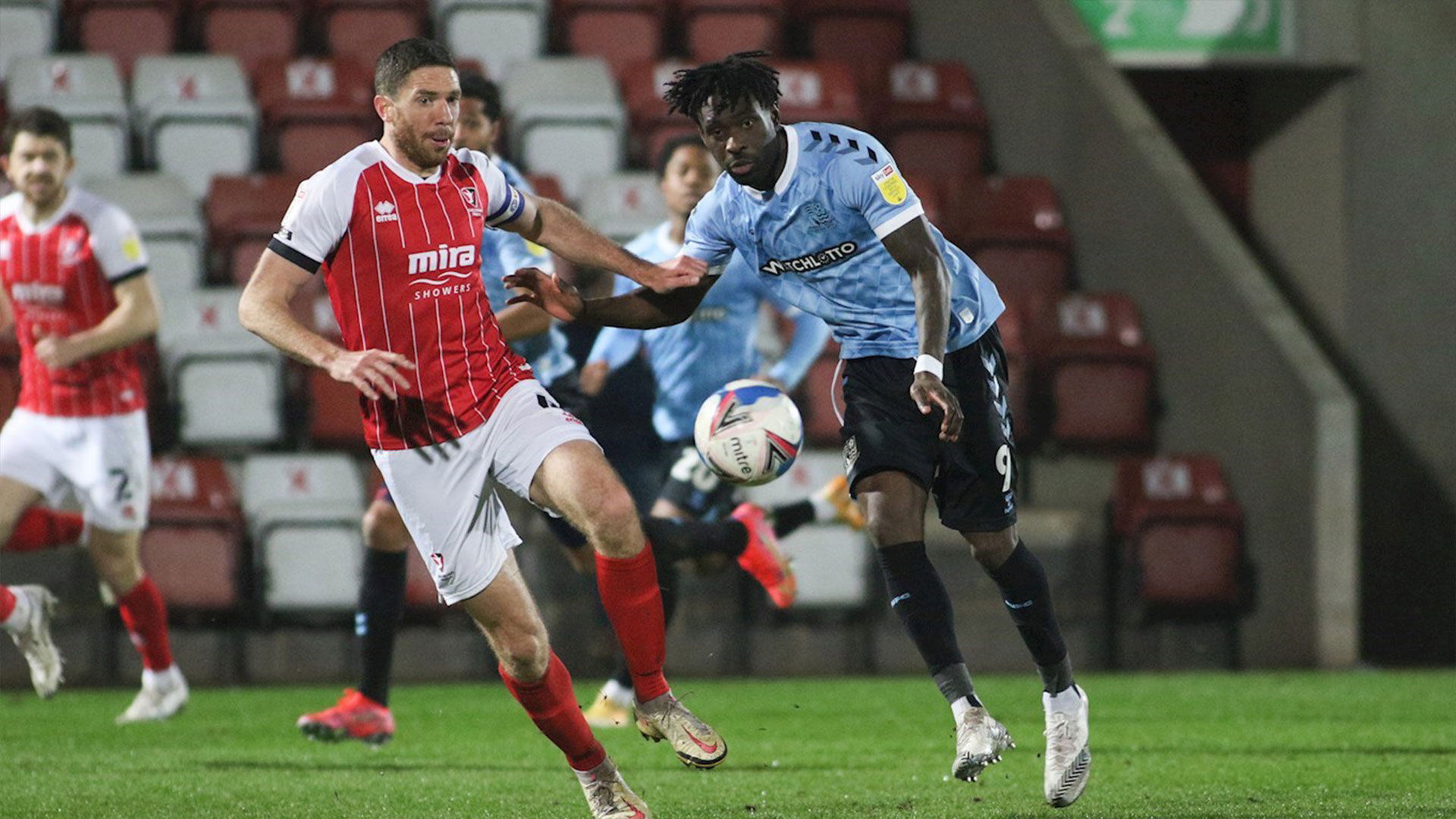