Southend United return to Roots Hall for the first time in over three weeks as they welcome in-form Bolton Wanderers to Essex tomorrow afternoon in League Two.

Confidence will be high in the Blues camp thanks to a recent upturn in form which saw Mark Molesley’s side climb out of the relegation zone last weekend for the first time since October.

Those performances and back-to-back clean sheets against two promotion-chasing sides should give Southend a huge shot in the arm ahead of another tough clash against Ian Evatt’s Wanderers.

Blues impressed last time out in a 0-0 draw away at the League Two leaders Cambridge United, with the point enough to see Southend climb out of the bottom two.

That draw against the U’s came right off the back of a hard-fought 1-0 win away at Newport which ended a four-game winless run for Mark Molesley’s side.

Bolton have lost just one of their last six matches and are unbeaten in their last four with wins against Mansfield, Stevenage and Leyton Orient seeing them climb into the top half of the table.

Bolton handed Blues a comfortable 3-0 defeat the last time these two sides met back in November with a second-half brace from striker Eoin Doyle sealing the victory for the Trotters.

Southend were undone right on half-time as Nathan Delfouneso headed the home side in front before Doyle grabbed two, one from the spot and one from close range late on.

"We’ve got a lot of hard work ahead of us and some tough games coming up.

"But we can be buoyed by the attitude, mentality and resilience the boys have shown to bounce back from a tough time for us. That two weeks was probably the toughest time for us that we’d felt during our campaign.

"We had to get back up and fight again, and the boys have shown that resilience throughout the season. Whatever has been thrown at them, they’ve come back out fighting. When people started to write us off, we’ve always come back out.

"I always say it, all we’ve done is got ourselves off the canvas and back in the fight. We can’t keep getting knocked down. We’ve got to keep stepping forward, put a run together and a combination of results together to really start putting the pressure on other teams around us.

"The last couple of games we’ve shown the right credentials, but we’re also haunted by the previous results before that.

"Football serves a quick reminder if you ever get too far ahead of yourself.

"We have a mammoth game in front of us. Bolton Wanderers; what a big Football Club that is.

"Another manager [Ian Evatt] who has done very well and plays a very distinct style of football. It’s another tough challenge.”

The signings of both midfielder Ricky Holmes and striker Nile Ranger yesterday have given boss Mark Molesley some added options ahead of the visit of Bolton tomorrow.

Ranger, though, is unlikely to feature as he continues his recovery from a slight calf problem, but Holmes is fit and available for selection and will be pushing for a debut appearance.

Simeon Akinola is also fit after being forced off with concussion late into the draw with Cambridge last weekend, with the striker passing all the necessary concussion protocols.

Midfielder Alan McCormack is back available after playing 45 minutes in a behind-closed-doors game in the week which also featured Jacob Mellis, who’s back after illness.

Wingers Terrell Egbri and James Olayinka are both closing in on a return from hamstring and ankle injuries respectively, but neither are likely to feature on Saturday.

Tomorrow’s visitors have plenty of attacking threats, but one that may fly under the radar is wing-back Declan John who is so far enjoying his time with the Trotters on loan from Swansea.

The 25-year-old Wales international joined in January and has made an immediate impact, scoring the winner against Stevenage and scoring the first goal in Bolton’s comeback win at Mansfield.

John primarily plays out on the left with his pace, quality and finishing ability adding to Bolton’s already bloated attacking threat, and he’ll be one to look out for tomorrow afternoon.

Declan Bourne will be the man in charge at Roots Hall on Saturday, being assisted by Paul Lister and Paul Kelly, while Anthony Da Costa sits in as the fourth official.

Bourne has overseen 20 matches so far this season, showing 56 yellow cards and no reds to date, with his last appointment being the 1-0 win for MK Dons at Hull last weekend.

Saturday will be Bourne’s second Southend game of the season having already officiated Blues’ 0-0 draw away at Stevenage back in December.

With fans not able to attend Roots Hall in person, Blues supporters can watch tomorrow’s game with Bolton by picking up a Match Pass on iFollow Blues for £10.

Shaun Miller's late strike for Bolton Wanderers condemned Blues to a narrow 1-0 defeat against the Trotters at Roots Hall.

After a goalless first 45 minutes in which Bolton had looked like the more likely to score, Southend responded well in the second-half and had looked the better of the two sides before Miller took advantage of an error at the back by Blues.

Antoni Sarcevic’s strike looped up into the air but, in the opinion of the linesman, hadn’t left the field of play. As it came down it clipped the crossbar, falling to Miller who had the simple task of scoring from close range for what turned out to be the winner.

It was a frustrating result for Southend who’d picked up four points from their last two away games against sides chasing promotion, but they were unable to prevent Bolton from picking up a fourth win in their last five games.

Having fought their way out of the relegation zone thanks to a 0-0 draw last weekend at league leaders Cambridge, Southend had been looking for another positive result this afternoon against in-form Bolton Wanderers to try and put daylight between themselves and the bottom two.

Blues boss Mark Molesley made two changes from the stalemate at the Abbey Stadium with Reeco Hackett-Fairchild and Jason Demetriou coming in, while the visitors made just the one change from their win at Mansfield with Nathan Delfouneso coming into the starting line-up.

In the early stages at a sunny Roots Hall, Wanderers looked the more threatening of the two sides and moments after Oladapo Afolayan shot narrowly wide, Marcus Maddison saw a shot fumbled by Mark Oxley only for Eoin Doyle to put the rebound over the crossbar from close range.

Southend’s first shot in anger came from Ashley Nathaniel-George who dragged a shot harmlessly wide eight minutes in, and arguably Blues’ best chance of the half came when Hackett-Fairchild crossed from the left, finding the head of Elvis Bwomono whose flicked header went over.

It was a surprise to see Bwomono so far forward for that chance, but he made an even bigger impact in more conventional means right on half-time. A corner from the visitors fell to Doyle who fired across goal, beating Oxley, but not Bwomono who’d brilliantly recovered to clear off the line.

Blues began the second-half brightly and had a couple of half-chances early after the restart with Simeon Akinola seeing an effort from outside the box blocked before the rebound fell to Nathan Ferguson whose effort too was blocked by a Bolton defender.

Hackett-Fairchild then almost picked out the run of Akinola at the far post with his right-wing cross evading the Blues striker, before the visitors went to their bench for the first time in the afternoon making a triple change with Antoni Sarcevic, Lloyd Isgrove and Arthur Gnahoua coming on.

Southend soon followed that up with their first change as Molesley gave new signing Ricky Holmes his debut and the former Blues youngster was immediately involved in the thick of the action, getting into dangerous positions in the Bolton box without creating a clear chance.

With a little over 10 minutes remaining and the game still goalless, the Blues boss threw on another striker in the form of Emile Acquah to try and force a winner but it was the visitors that would make the breakthrough in fortuitous circumstances with Shaun Miller scoring.

After Sarcevic’s effort had looped high into the Essex sky, it appeared the ball had gone over the line for a goal kick, but instead it came back down and off the face of Oxley’s crossbar who didn’t deal with the dropping ball allowing Miller to fire in from close range.

It was about as fortunate a goal as you’re likely to see and a bitter blow for Blues who’d been the better side in the second-half, but they now needed to find an equaliser and they went close with four minutes remaining when Emile Acquah headed over from a free-kick.

Five minutes of added on time were shown and Southend had a couple of corner kick chances to try and nick a point, but they were unable to convert from the set-pieces as Bolton picked up a fourth win in five. 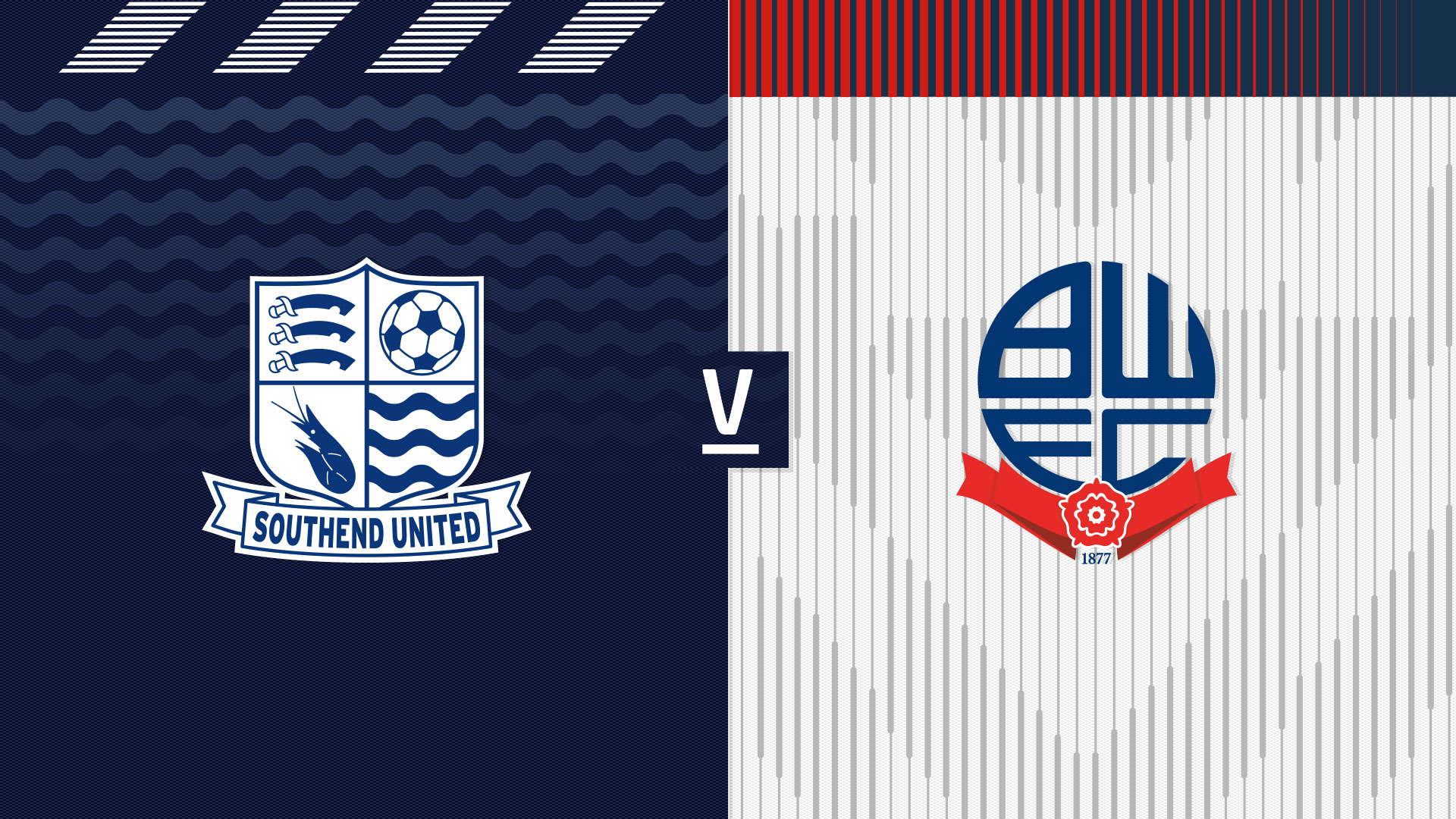 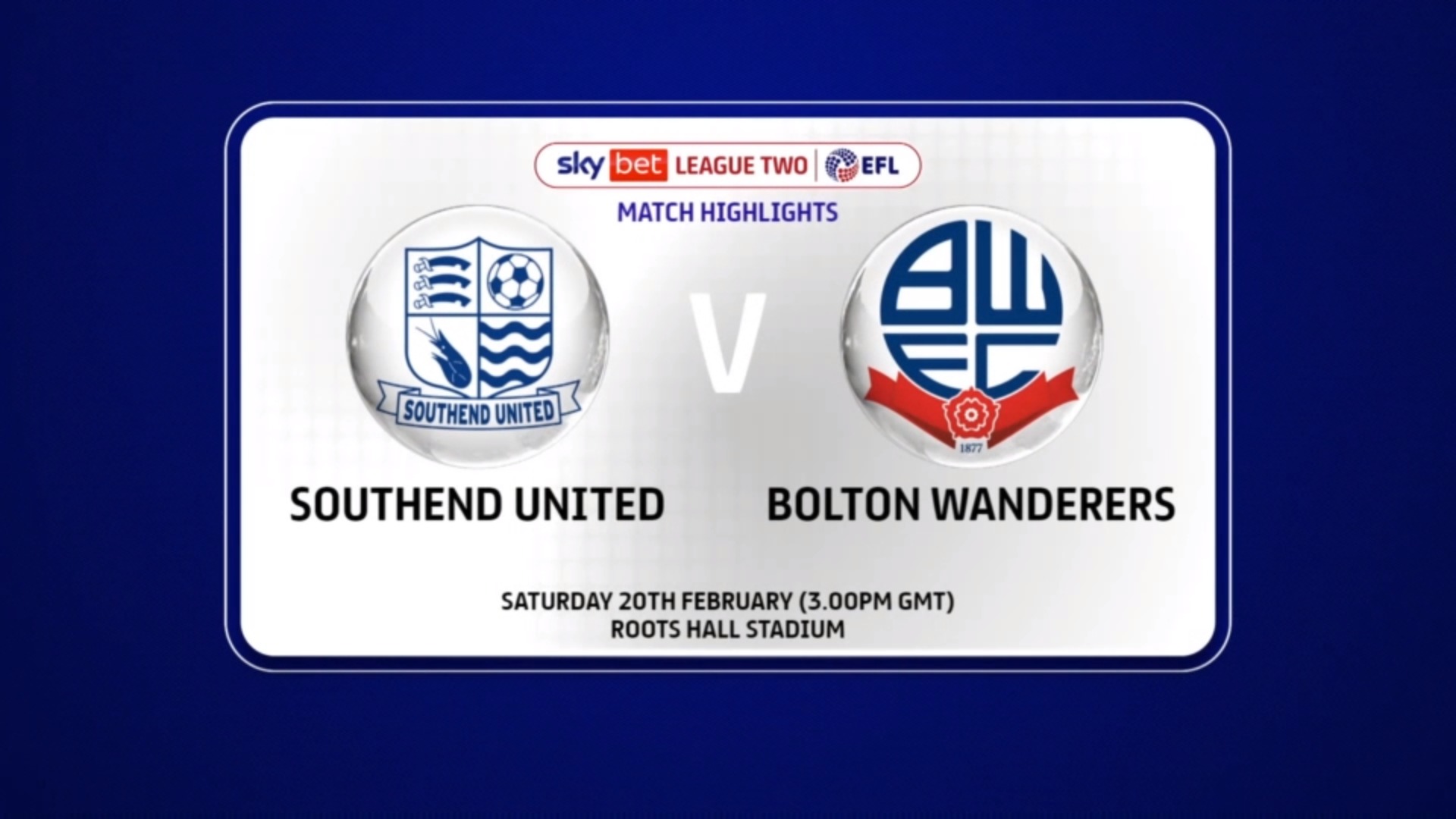 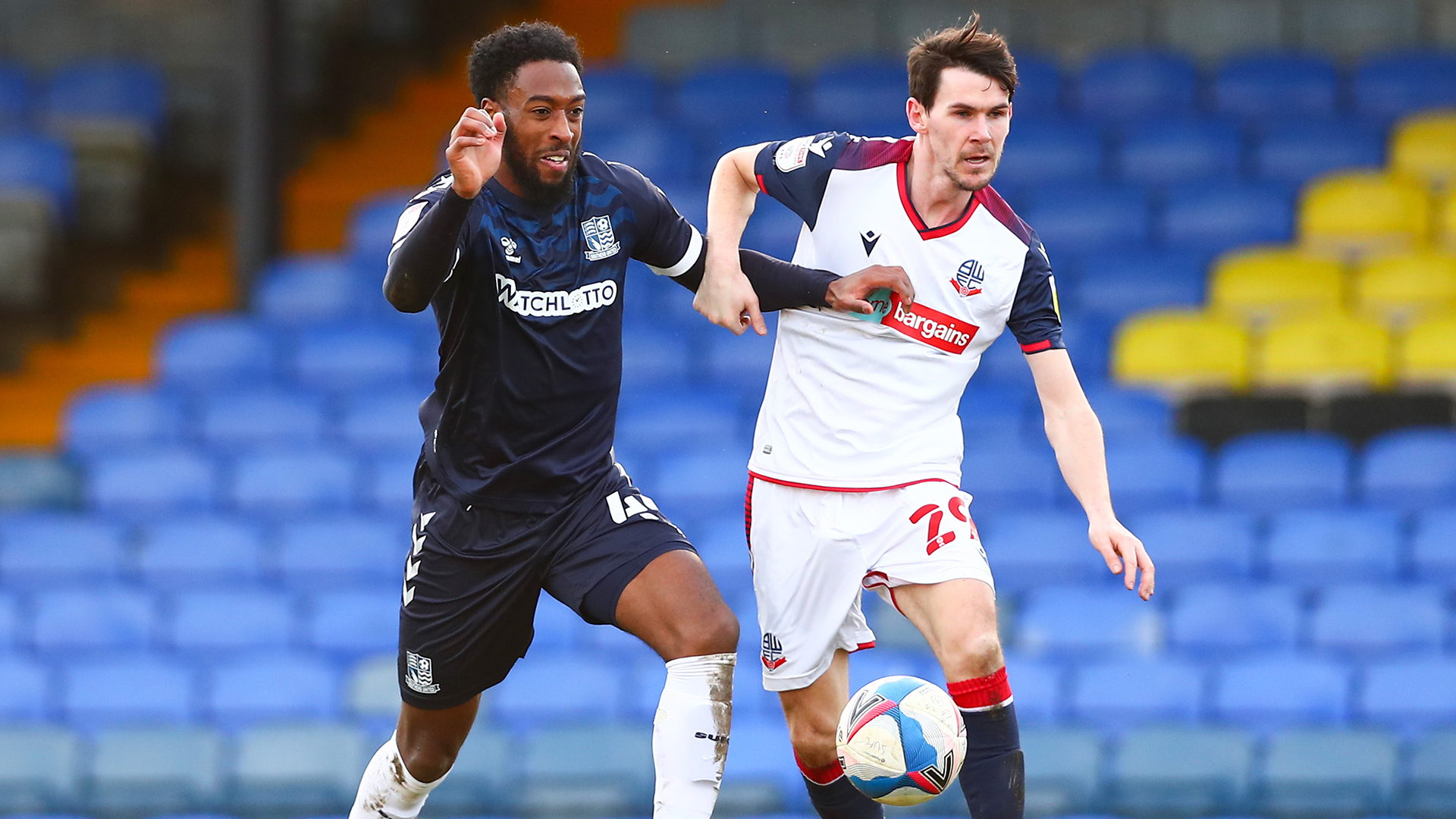