Blues are back on the road once again as Mark Molesley’s side travel to Newport County for tonight’s rearranged League Two fixture at Rodney Parade.

The game had originally been scheduled to be both side’s first fixture of 2021, but some inclement and cold weather in Wales put pay to that as the pitch was deemed unplayable.

And after Southend’s game against Walsall on Saturday was called off due to a waterlogged pitch, the Blues players will be itching to get back on the field again with three vital points at stake.

Last time out Blues were on the wrong end of a 5-1 defeat against Port Vale which extended Southend’s run without a win to five games.

Prior to the defeat at Vale Park, Blues had suffered defeats to Cambridge, Mansfield and Bradford with Southend having picked up one win and one draw from their last six matches.

Newport ended an eight-game winless run by beating Grimsby 1-0 on Saturday, despite having 10 men for almost an hour. In their last six, the Exiles have won one and drawn three.

Blues’ last league meeting with Newport came in 2015 when two goals either side of the interval secured Southend a 2-0 victory and sealed them a spot in the League Two play-offs.

Cian Bolger headed the home side in front in first-half stoppage time before Stephen McLaughlin grabbed Phil Brown’s side their second six minutes after the restart to wrap up the points.

On the weekend without a game: "We had a lot of wrongs to right so we wanted to get back out on the pitch as quickly as possible to put the performance at Port Vale to bed.

"It wasn't to be [on the weekend], so we'll take the positives out of it, we got to rest up a few. It was well documented quite a few came off injured against Port Vale so maybe that extra weekend to rest and recuperate a few of those players was the only positive that came out of it for us.

On the preparation: “We’re right under snow here and we haven’t been able to get on the astro-turf so we’ve been out clearing snow to try and find an area [to train].

“We’ve prepared the best we can under the circumstances. We managed to get a little bit of work done but as you can imagine it was pretty covered [with snow] out there.

“It was all hands on deck with shovels to clear the snow and we managed to do something.

On the Rodney Parade pitch: “The pitch is going to be a challenge but it’s not just there’s, all pitches are struggling this season. They are heavy and they have their challenges; there’s a lot more injuries around because of the state of the pitches.

“We’re in the middle of a bleak winter at the moment so the elements are going to be quite a challenge but we have to rise to that.

“You can’t always play the way you want to sometimes and you have to be very adaptable. We have to pick the right team for the occasion and get it tactically right as well.”

Should he feature this evening, midfielder Timothee Dieng will make his 100th Southend appearance since joining from Bradford City in 2018.

Mark Molesley continues to sweat over the fitness of Sam Hart (abductor), Simeon Akinola (hamstring), Elvis Bwomono (back) and John White (foot) who all were forced off against Port Vale.

The Blues boss has said that a “couple of them” were back in training but didn’t go into detail about which of those four could travel to Wales for tonight’s game.

Striker Brandon Goodship (rib) is close to making a return having been out since mid-December, while Jacob Mellis could be set to make his Southend debut after signing from Gillingham.

Alan McCormack (calf) and Terrell Egbri (hamstring) will continue to miss out, with Molesley not willing to risk the two just yet on heavy pitches and in cold conditions.

One of Newport’s recent signings Luke Gambin is doing exactly what his manager Michael Flynn asked him to do since joining from Colchester United on loan for the rest of the season.

Gambin was brought in to provide the Exiles with some cutting edge after their stuttering recent form and the Maltese international has done exactly that in his three games so far.

The 27-year-old winger has already popped up with two goals and an assist for Newport from those three outings and he will undoubtedly be one of their main threats this evening.

Paul Howard will be the referee for tonight’s game, being assisted by Ravel Cheosiaua and Christopher Wade with Charles Breakspear sitting in as the fourth official.

Howard has officiated 17 matches so far this season, showing a total of 54 yellows and two reds, with his last outing being the 1-0 win for Tranmere at Morecambe.

Tonight will be Howard’s second Southend game of the campaign having already overseen the 3-0 defeat to Portsmouth in the Papa John’s Trophy back in October.

With fans unable to attend matches in person, Blues fans can watch tonight’s clash with Newport County by picking up a Match Pass for iFollow Blues for £10.

For more information on how you can get your Match Pass for iFollow Blues and ensure you miss none of the action at Rodney Parade, click here.

Please note, due to current BBC guidelines relating to travel to and from a Tier 4 area, the BBC Essex commentary team will not be able to provide match commentary for the game. Instead, you will have a choice of listening to ambient stadium noise or you can switch to Newport’s commentary via the settings cog.

After a goalless first-half bereft of chances, a foul on Timothee Dieng on the edge of the area allowed the full-back a strike at goal which took a wicked deflection off the wall to deceive Nick Townsend and put Southend in with a chance of a vital three points.

Blues had to ride their luck late on as Newport threw everything forward in search of an equaliser with Josh Sheehan and Nicky Maynard having huge chances go begging as Southend held firm for their first win in six matches.

The victory was the perfect riposte to what Mark Molesley described as his ‘lowest point’ as Southend manager following a 5-1 defeat to Port Vale last time out.

After losing so heavily against the Valiant’s, Molesley wanted his side to right the wrongs from that defeat and made four changes to his starting 11 to take on promotion-chasing Newport County at Rodney Parade.

Tom Clifford, Ashley Nathaniel-George, Greg Halford and Nathan Ferguson – the scorer of Southend’s solitary goal at Vale Park – came in to replace the injured Sam Hart, while Tyler Cordner, Kyle Taylor and Simeon Akinola all dropped to the bench.

In bitterly cold conditions in Wales it was the home side that looked the most threatening early on with Priestly Farquharson heading an early corner wide before another cross from the right from Luke Gambin was just too high for Nicky Maynard who was in a good position to score.

What appeared to be quite a clear foul on Nathaniel-George went unpunished as Newport sprung a counter-attack on Blues, ended in Padraig Amond feeding Maynard whose shot was well blocked by the Southend skipper John White.

The visitors had plenty of the ball as the half wore on but on a firm surface were finding it tricky to carve out clear chances, with the best they could muster coming when Nathaniel-George dug out a low ball into the box which Halford failed to bring under control to get a shot away.

Southend though had must the better of the chances in the second-half, with the first coming when Timothee Dieng carried the ball into the box. Nathaniel-George got on the end of the ball and managed to get his shot away but was denied by the legs of goalkeeper Nick Townsend.

Blues continued to threaten and only a despairing lunge from David Longe-King prevented sub Simeon Akinola tapping in an Elvis Bwomono cross before Southend eventually got what their endeavour had deserved with the game’s opening goal.

Mickey Demetriou’s foul on Dieng on the edge of the box gave Tom Clifford the chance to test Townsend with his free-kick. Clifford’s effort took a huge deflection off the wall to wrong-foot the Exiles goalkeeper and nestle in the back of the net with 15 minutes remaining.

No one could argue Southend didn’t deserve the lead and they had a great chance to put some daylight between the two sides when Nathaniel-George’s ball back was played on by Clifford to Reeco Hackett-Fairchild whose effort was blocked.

With such a narrow lead, Newport knew they would have chances to level and they had their best chance of the evening fall to their captain Josh Sheehan who found space inside the box only to drag his effort wide of the goal to the relief of those in light blue.

The Exiles kept throwing everything forward in search of an equaliser and Mark Oxley made a superb reaction save with his legs to keep out Maynard who’d gotten through as Southend navigated three minutes of added on time to secure a deserving victory. 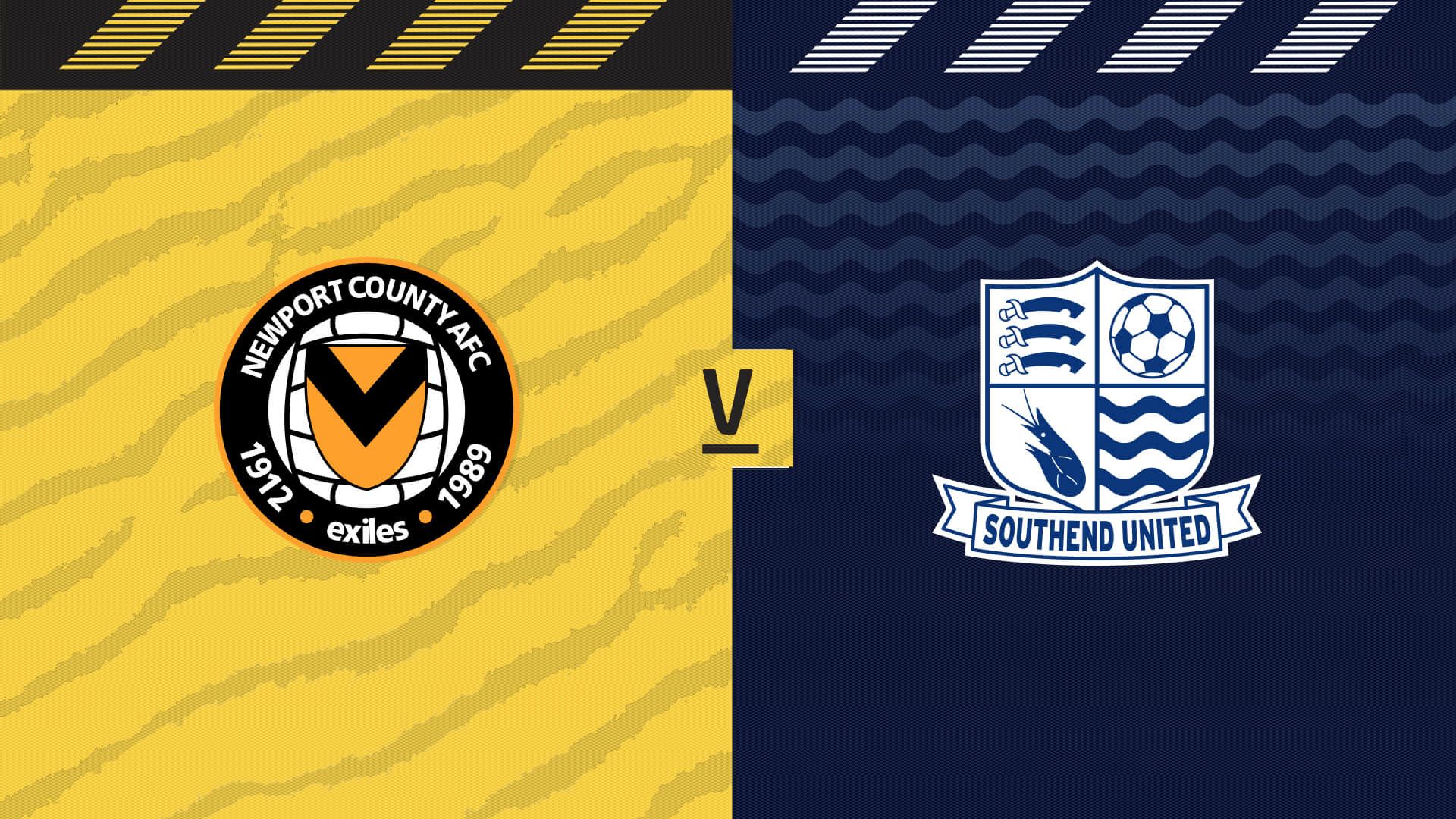 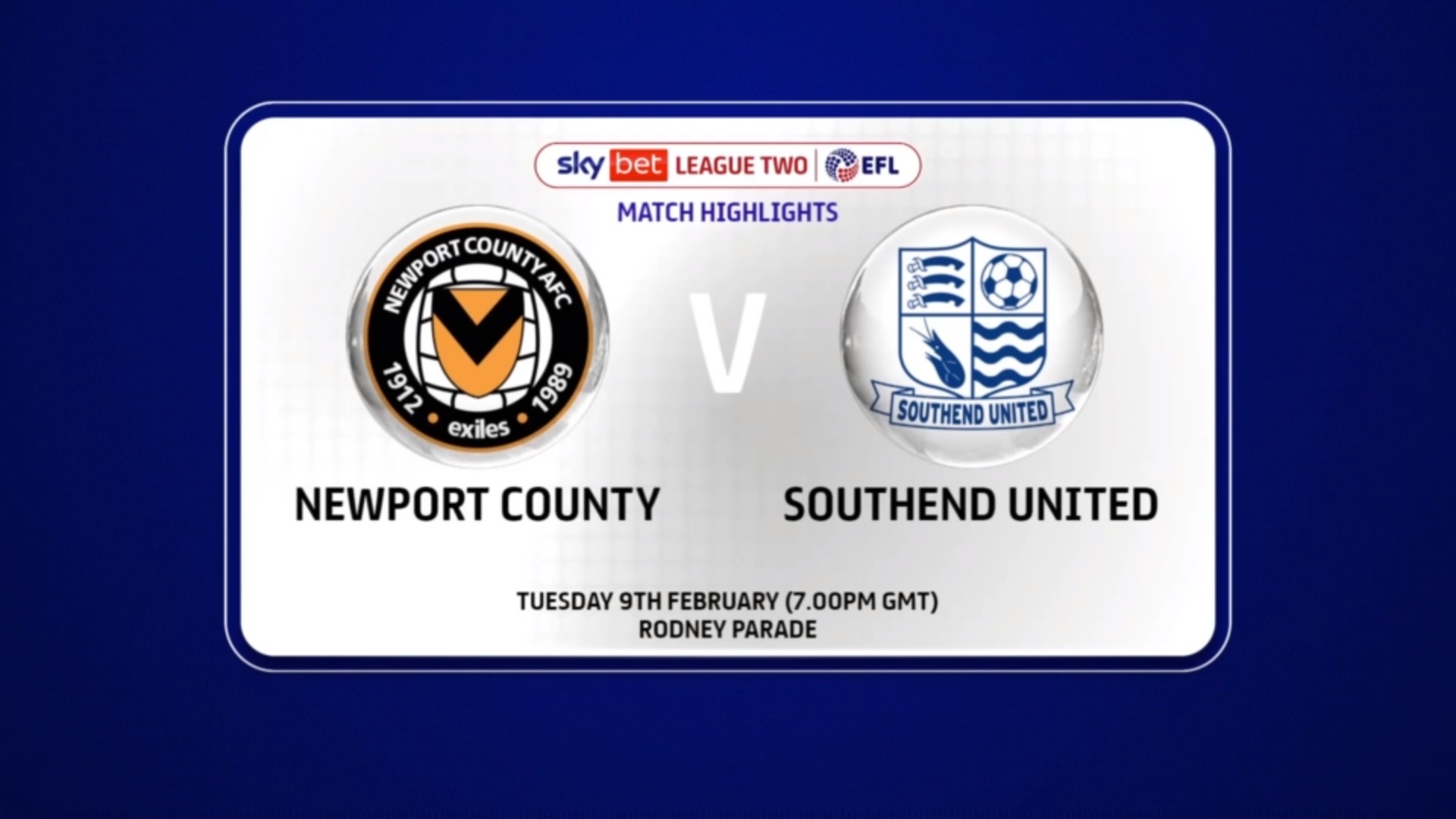 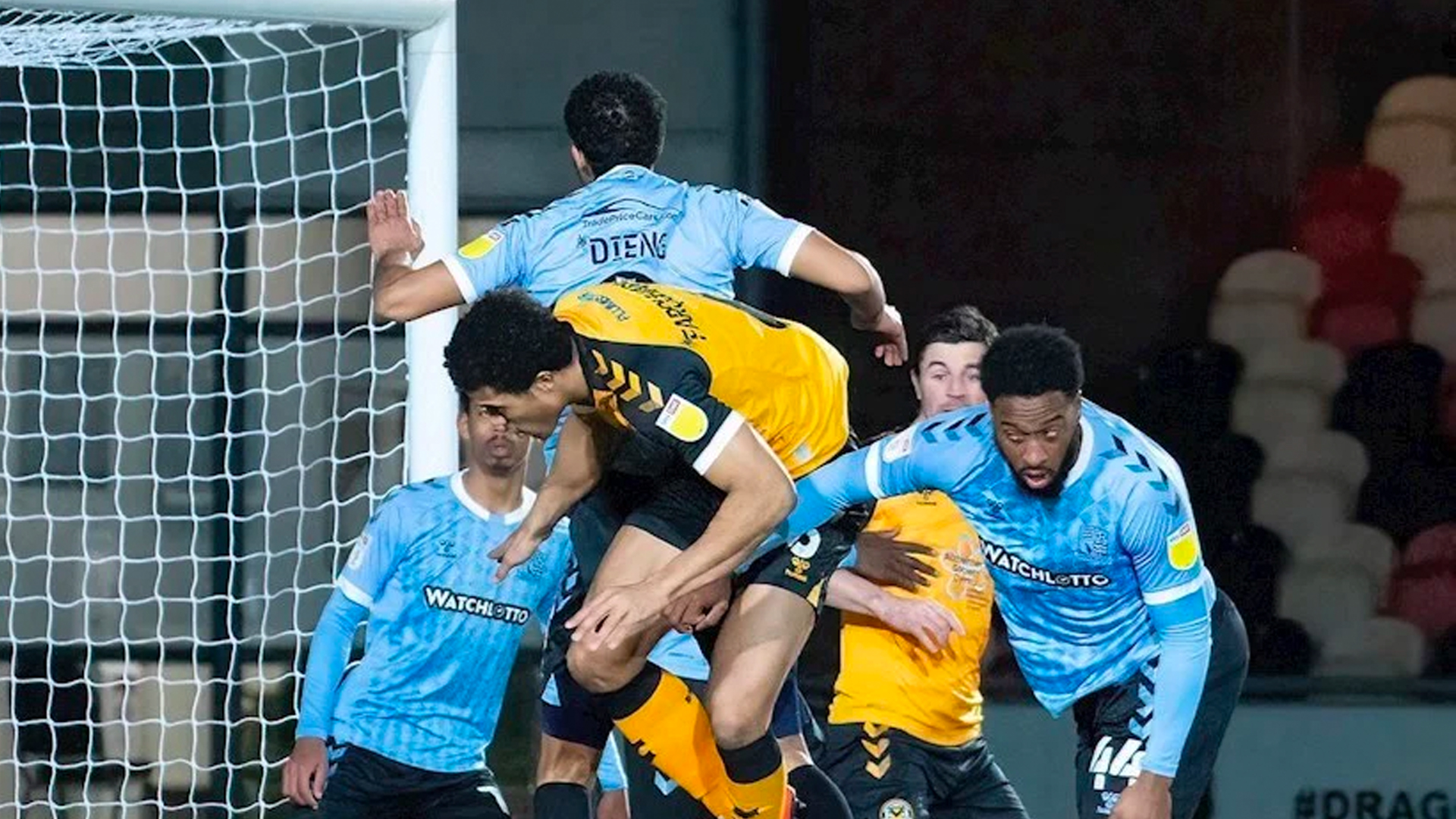