After dropping back into the relegation zone following last night’s results, Blues will hope that their recent good away form will lead them to pick up more vital points on the road.

But with Forest Green knowing that a win will send them top of the table with two games in hand on current leaders Cambridge, they will not be in the mood to hand over the points easily.

Blues’ narrow defeat to Bolton on Saturday ended their two-game unbeaten run which had been enough to see them climb out of the relegation places prior to Tuesday's results.

In their last six matches, Southend have picked up one win and one draw away at Newport and Cambridge respectively, while suffering defeats to Mansfield, Bradford, Port Vale and Bolton.

Forest Green come into tonight with four wins and a draw from their last six and are unbeaten in their last five, which include wins against Leyton Orient, Carlisle, Oldham and Newport.

This first-ever meeting between the two sides ended with a narrow 1-0 win for the visitors as Jake Young scored just after the hour mark to seal the victory for Forest Green in November.

Young took less than four minutes to make an impact after coming off the bench, firing in the winner from 10-yards out after being picked out by an Aaron Collins cross.

Mark Molesley: "It’s probably a similar challenge to Bolton in [terms of] styles.

"A possession-based team, play some lovely football, play through the thirds so they will use the ball well.

"They can hurt you if you give them too much time. They’re a well put together outfit, have experienced management down there so it’s a tough challenge but one we can be buoyed by how we’ve dealt with the last few."

Mark Molesley reported no fresh injury concerns after Saturday’s clash with Bolton but Blues still have a number of notable absentees on the treatment table.

Recent signee Nile Ranger has worked hard but is unlikely to feature as he continues to build his fitness, as is the case for Jacob Mellis who is training and is closing in on a first Blues appearance after a spell out with illness.

Ricky Holmes will be pushing for a first Southend start after coming off the bench for his debut on Saturday, but wingers Terrell Egbri (hamstring) and James Olayinka (ankle) remain absent.

Striker Jamille Matt is certainly going to be one of Forest Green’s biggest dangers tonight, especially now that he has rediscovered his scoring touch.

The Jamaican-born frontman went six games without a goal, but after a goalless January, Matt has banged in two in his last two, including one against his former club Newport on Sunday.

In all, the 31-year-old is Forest Green’s leading scorer by some distance with 11 goals to his name and he’ll be out to add to that tally this evening against Blues.

Tonight’s game will be officiated by Lee Swabey, with John Flynn and Grant Taylor the assistants, while Dean Treleaven will be standing in as the fourth official.

Swabey has taken charge of 20 games so far this campaign, showing 49 yellow cards but has yet to brandish a red, with his last match the 2-0 win for Oxford at Bristol Rovers a fortnight ago.

The Devonshire official will be taking charge of Southend for the first time in close to a year, having last overseen Blues in a 2-1 defeat to Oxford on February 29th 2020.

With fans unable to attend matches in person, Blues fans can watch tonight’s clash with Forest Green Rovers by picking up a Match Pass for iFollow Blues for £10.

For more information on how you can get your Match Pass for iFollow Blues and ensure you miss none of the action at the Innocent New Lawn, click here.

Please note, due to current BBC guidelines relating to travel during the national lockdown, the BBC Essex commentary team will not be able to provide match commentary for the game. Instead, you will have a choice of listening to ambient stadium noise or you can switch to Forest Green’s commentary via the settings cog. 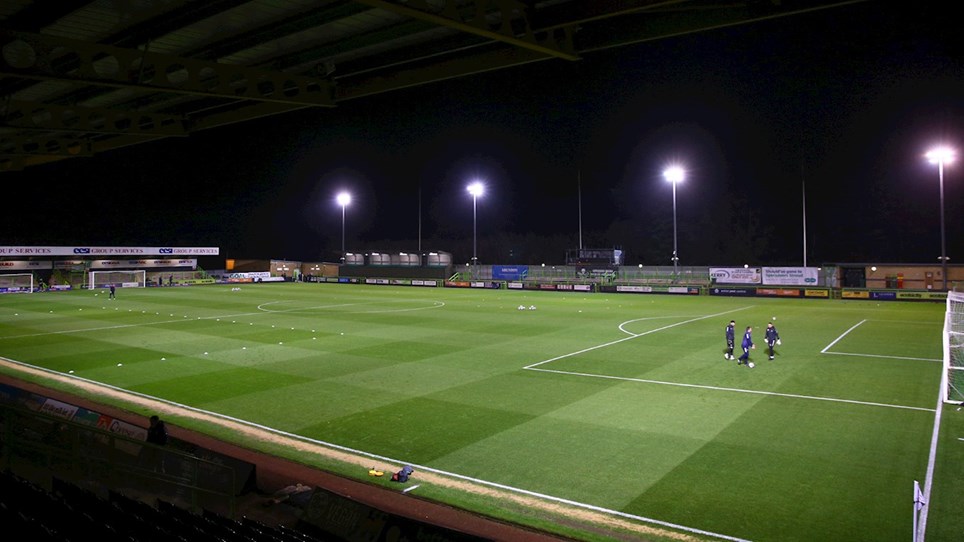 On their first-ever visit to Nailsworth, Southend went in front midway through the first-half when Hobson’s thunderous volley was too powerful for goalkeeper Lewis Thomas.

The hosts made a triple change at the break, but it didn’t pan out the way they wanted as Dieng extended Blues’ lead by curling the ball beyond a motionless Thomas.

Mark Molesley’s side then wrapped up a sensational win in sensational fashion when Ferguson fired the ball into the top corner from at least 40-yards out for Southend’s third.

The hosts would grab a consolation goal late on as Jamille Matt bundled home from close range but it didn’t matter with the win enough to lift Southend back out of the relegation zone.

Victory against Forest Green, who came into tonight second in the table, was the perfect start to what appeared to be a tough week for Blues on paper as they were set to face three of the league’s top seven in the space of seven days.

The Southend United boss Mark Molesley made two changes from the side that heartbreakingly lost 1-0 to Bolton on Saturday, with Kyle Taylor coming in for Jason Demetriou and Emile Acquah replacing Ashley Nathaniel-George.

Forest Green came into tonight off the back of four wins from their last five and knew that another win tonight would send them to the League Two summit, and it was a former Blues player that had the evening’s first sight of goal as Isaac Hutchinson whipped a free-kick narrowly over.

Despite the disappointment of Saturday, Southend on the road had been a tougher nut to crack with a draw at Cambridge and a win at Newport in their last two trips and they went close to opening the scoring when Reeco Hackett-Fairchild’s shot was deflected just off target.

Blues though would break the deadlock in the 20th minute when Shaun Hobson scored a spectacular volley to put Southend in front. Taylor’s free-kick from the right was flicked on towards the centre-half who couldn’t have asked for a better connection with his volley that flew past Lewis Thomas.

The goal had rocked the home side and Blues tried to hammer home their early advantage and went close to a second when Hackett-Fairchild’s second attempt at a cross from the right found the run of Acquah, whose glancing header went narrowly wide of Thomas’ right-hand post.

Southend continued to look the more threatening in the final third and went close again when Tom Clifford’s first-time cross picked out John White who volleyed just wide, moments before Forest Green had an Odin Bailey effort tipped over the bar by Mark Oxley.

Clearly not impressed by their first-half display, Rovers manager Mark Cooper made a triple change at the break with Jayden Richardson, Aaron Collins and top-scorer Jamille Matt all being brought on but it didn’t have the desired effect as Blues went and doubled their lead.

Some neat footwork from Simeon Akinola allowed the striker to charge into the box. His initial shot was blocked but Akinola prodded the rebound through to Timothee Dieng who curled the ball delightfully into the far corner to put Southend two to the good.

Southend had been clinical so far, scoring with both of their two shots on target, and Molesley’s side were in absolute dreamland when Nathan Ferguson thundered a third in for Blues with 20 minutes remaining in Nailsworth.

After Clifford’s free-kick was cleared and Rovers tried to counter-attack, Ferguson stopped the run dead in its tracks before deciding to take aim from 40-yards and firing an unstoppable effort into the top corner to put Blues on course for a huge three points.

Forest Green didn’t lie down for Blues as they did manage to grab one back with four minutes of normal time remaining as Matt scored his third in as many games, bundling the ball beyond Oxley from close range, but it was Southend’s night as they secured a memorable win. 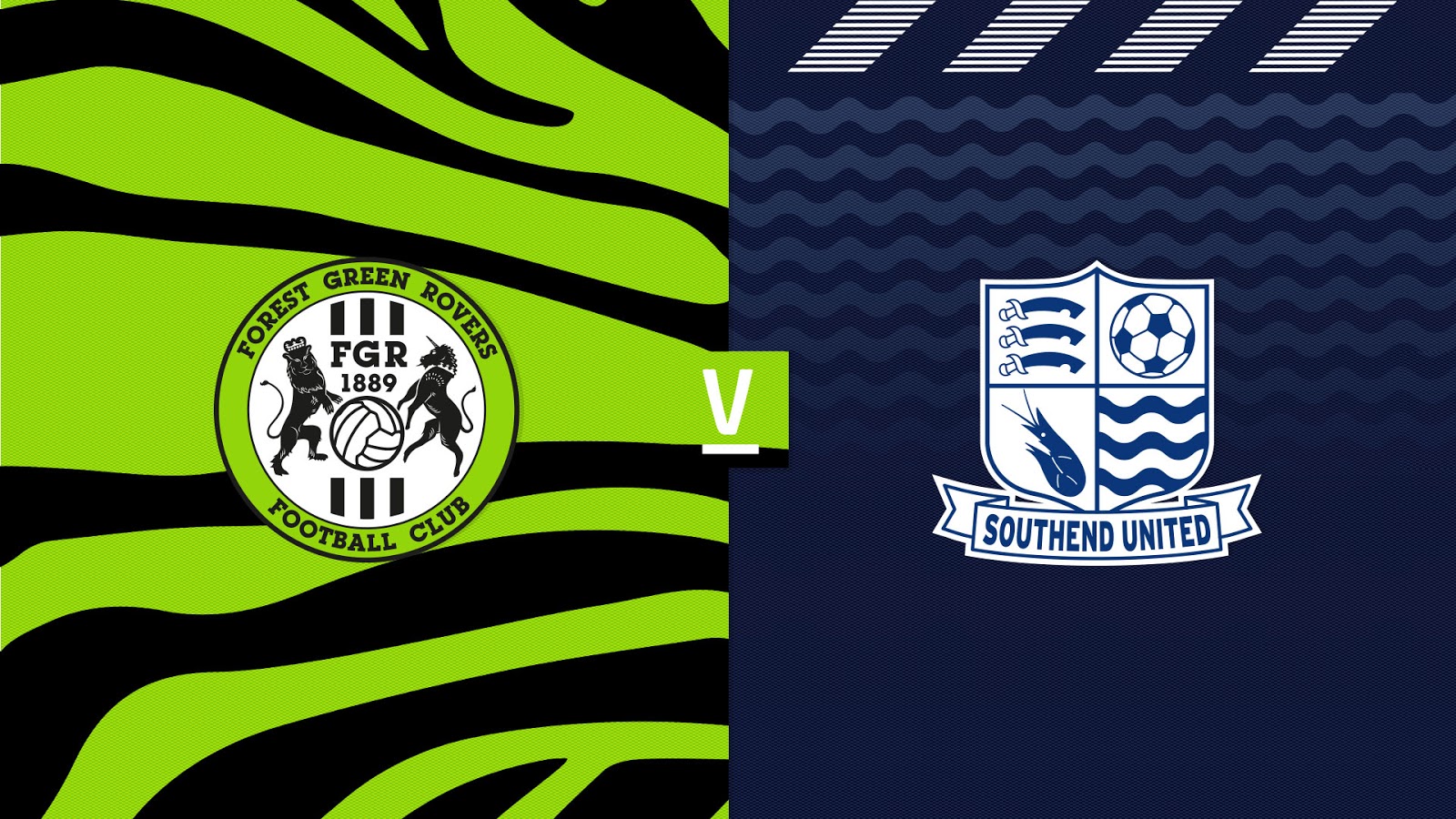 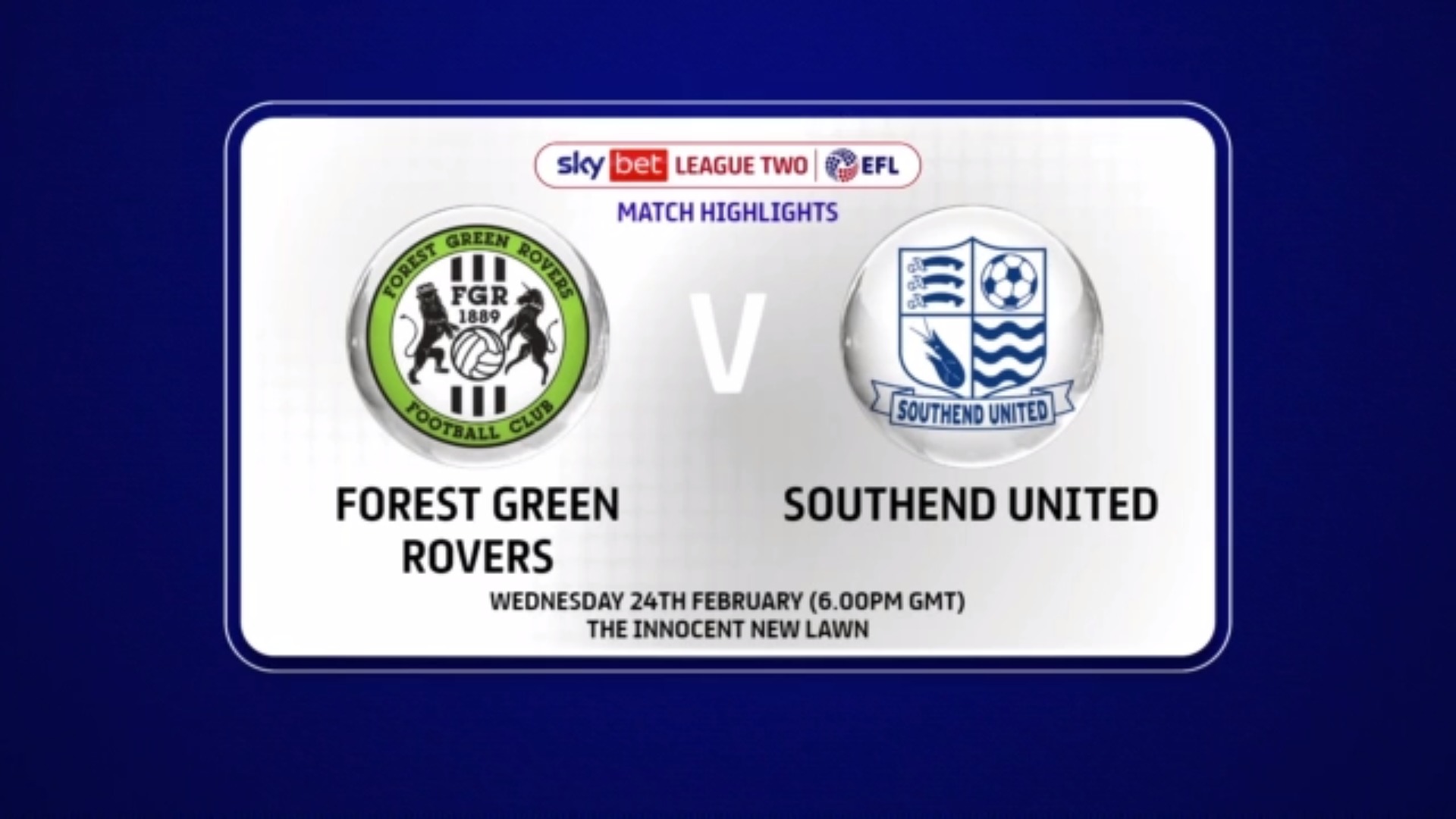 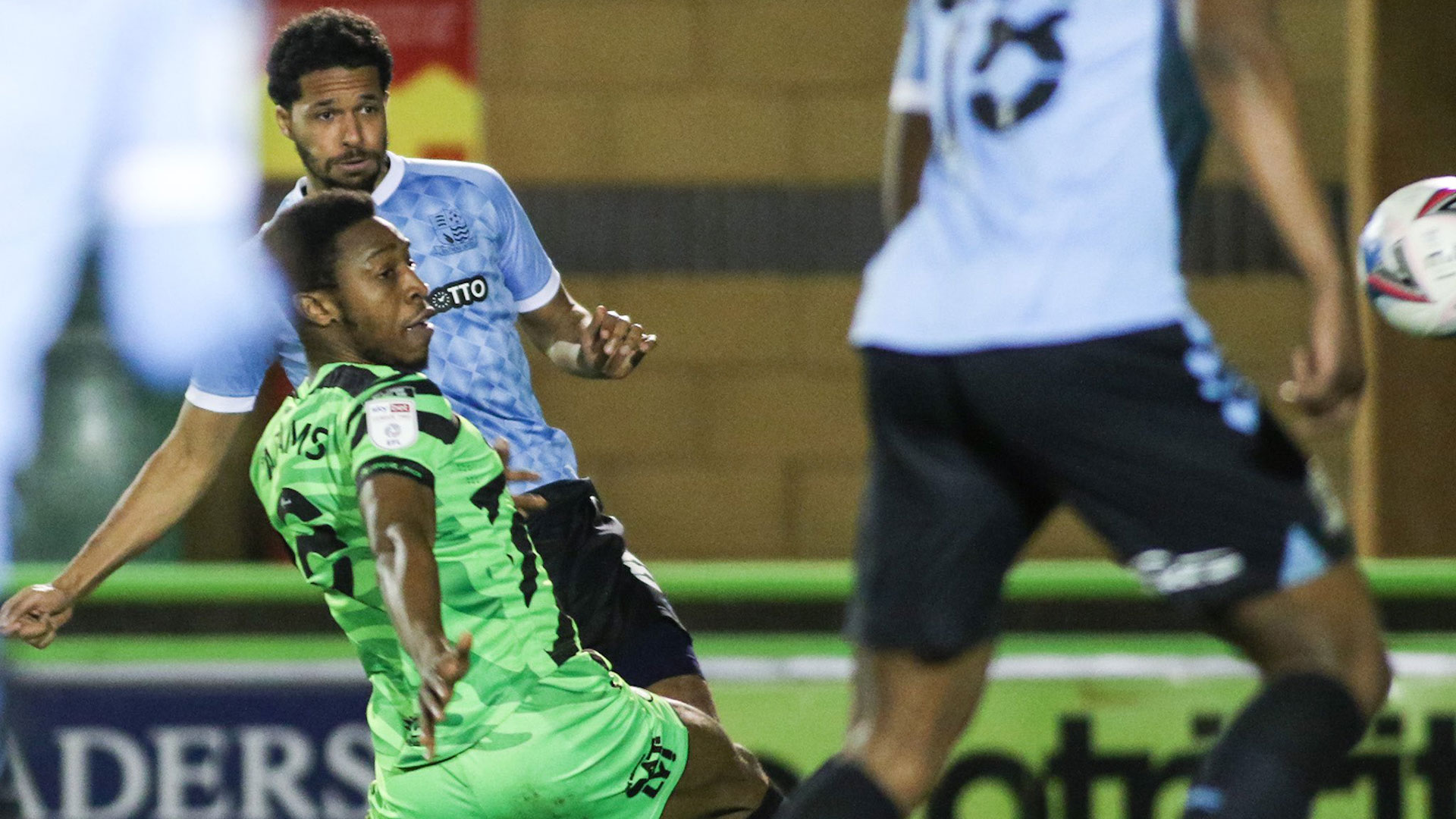