Blues are quickly back in action once again as they make the relatively short trip to take on the League Two leaders Cambridge United tomorrow afternoon at the Abbey Stadium.

Off the back of that superb win away at Newport in midweek, Southend will travel to the U’s with renewed confidence and will be hoping they can build on that success at Rodney Parade.

But they’ll be faced with the toughest of tests against the League’s pace-setters who will no doubt be looking for a reaction after they were soundly beaten by Salford last time out.

Tuesday night’s 1-0 win against promotion-chasing Newport brought to an end a winless run for Mark Molesley’s side which had stretched back five matches.

Prior to the midweek success in Wales, Blues had lost to tomorrow’s hosts Cambridge, as well as Mansfield, Bradford and Port Vale while also picking up a point away at Grimsby.

Mark Bonner’s side were humbled in midweek by a 4-1 defeat at Salford, ending a seven-game unbeaten run for the U’s who have won three and drawn two of their last six.

Not even a month has passed since these two sides last clashes horns as Cambridge came from behind to beat Southend 2-1 in a rearranged fixture at Roots Hall in January.

Simeon Akinola nodded Blues in front midway through the first-half, but Jack Iredale smashed in an equaliser right after the restart before Joe Ironside tapped in the winner for the visitors.

"There can be no greater carrot for us on Saturday but we have to keep our feet on the floor and remember what it takes to win a game of football which we showed on Tuesday and stay true to ourselves and keep believing.

"They’re an excellent side and they’re up there for a reason. They’ve got established and experienced players with a good way of playing so it’s certainly going to be a tough game, but we showed on Tuesday night that we’re up for the challenge and the fight.

"We’ve got to meet it head on and look forward to it."

Mark Molesley has said that midfielder Alan McCormack (calf) and winger Terrell Egbri (hamstring) are both upping their recovery, but the Blues boss expects both to miss out again this weekend.

The same can be said for defender Sam Hart who’s yet to recover from an abductor/groin problem which forced the full-back off against Port Vale a fortnight ago.

New signing Jacob Mellis missed out on Tuesday night’s trip to Newport through illness and Molesley is unsure whether the midfielder will be fit enough to make his debut on Saturday.

There’s a number of Cambridge players worth keeping an eye on at the weekend, but there can be only one that deserves the moniker of ‘dangerman’ and that is U’s striker Paul Mullin.

The 26-year-old continues to lead the way in the League Two scoring charts, with his strike against Salford in midweek his 20th league goal already this season.

In all, Mullin has scored 22 in all competitions, with the dangerous frontman now having scored in both of his last two outings against Salford and Barrow.

Ross Joyce will be the referee at the Abbey Stadium, being assisted by Matthew Smith and Nicholas Cooper, while Michael Webb sits in as the fourth official.

Tomorrow will be Joyce’s first Southend game in almost two years having not officiated Blues since their 1-1 draw away at Walsall back in April 2019.

So far this season, Joyce has taken charge of 19 games and has shown 79 yellow cards and four reds, with his last match being the 1-1 draw between Crewe and Ipswich in League One.

With fans unable to attend matches in person, Blues fans can watch tomorrow’s clash with Cambridge by picking up a Match Pass for iFollow Blues for £10.

For more information on how you can get your Match Pass for iFollow Blues and ensure you miss none of the action at the Abbey Stadium, click here.

Please note, due to current BBC guidelines relating to travel to and from a Tier 4 area, the BBC Essex commentary team will not be able to provide match commentary for the game. Instead, you will have a choice of listening to ambient stadium noise or you can switch to Cambridge’s commentary via the settings cog.

Southend United climbed out of the relegation zone thanks to a battling 0-0 draw away at the League Two leaders Cambridge United at the Abbey Stadium.

Both sides had good chances to score with Cambridge having an effort from Adam May sting the palms of Mark Oxley in the first-half, while some last-ditch defending was needed to prevent Simeon Akinola and Ashley Nathaniel-George from scoring in the second-half, just two of the 13 attempts on the U's goal in total that Molesley's men created in the contest.

The two sides, though, shared the spoils in freezing conditions, with the point enough to see Blues climb out of the drop-zone for the first time since Southend drew 2-2 with Exeter City back on the 10th of October.

A second successive clean-sheet and four points from two tough away games against Newport County and Cambridge – both of whom are fighting for promotion – was arguably the perfect response from Mark Molesley’s side after a recent poor run.

The Blues boss made three changes this afternoon for the visit to Cambridge as Simeon Akinola, Emile Acquah and Kyle Taylor all came in, replacing Greg Halford, Reeco Hackett-Fairchild and Jason Demetriou who all dropped to the bench.

Cambridge’s ground staff had worked wonders to defy the elements and get the game on in below-freezing temperatures and the league leaders were first to create a chance on goal at the bitterly cold Abbey Stadium as Joe Ironside headed straight at Mark Oxley three minutes in.

Blues were looking to build on their superb win in midweek against Newport and almost took the lead in comical circumstances as Oxley’s free-kick into the Cambridge box needed tipping over by the crossbar by U’s goalkeeper Callum Burton.

Southend though would show more of their attacking threat, especially down the right, with Ashley Nathaniel-George and Elvis Bwomono linking well with the former having more than a shout for a penalty waved away after being brought down by Jack Iredale.

Bwomono fizzed a couple of dangerous balls into the box, one of which didn’t quite stick to Acquah, with the other needing a last-ditch intervention from Jubril Okedina to prevent Akinola tapping in as Southend pushed for the game’s first goal.

The home side finished the half the stronger and created a couple of decent opportunities with Adam May stinging the palms of Oxley with a shot across goal before some superb defending from John White stopped Ironside from scoring at the near post.

After the restart, Blues created their best opening of the game when Kyle Taylor got space on the left to play a low ball into the box. Akinola’s first-time strike though was blocked by the U’s defence, as was Nathaniel-George’s rebound as Cambridge scrambled it clear.

Cambridge responded to that threat by going close themselves moments later when top-scorer Paul Mullin carried the ball across the face of the 18-yard box before finally getting his shot away only for it to take a deflection and go harmlessly wide.

With 20 minutes remaining, Mark Molesley showed his attacking intent by bringing on Reeco Hackett-Fairchild for Taylor, allowing Akinola to push into a more forward position alongside Acquah upfront as they went in search of a potentially match-winning goal.

Up the other end, Southend were showing all the fighting spirit that underpinned their 1-0 win at Newport in midweek, restricting Cambridge while also creating chances of their own with Acquah hitting the side-netting with a strike as well as Akinola heading over following a corner.

Five minutes of added on time were shown at the end of the game with a goal now for either side almost guaranteed to earn them all three minutes. Neither team though could find the breakthrough as Southend earnt the point they needed to climb out of the relegation zone. 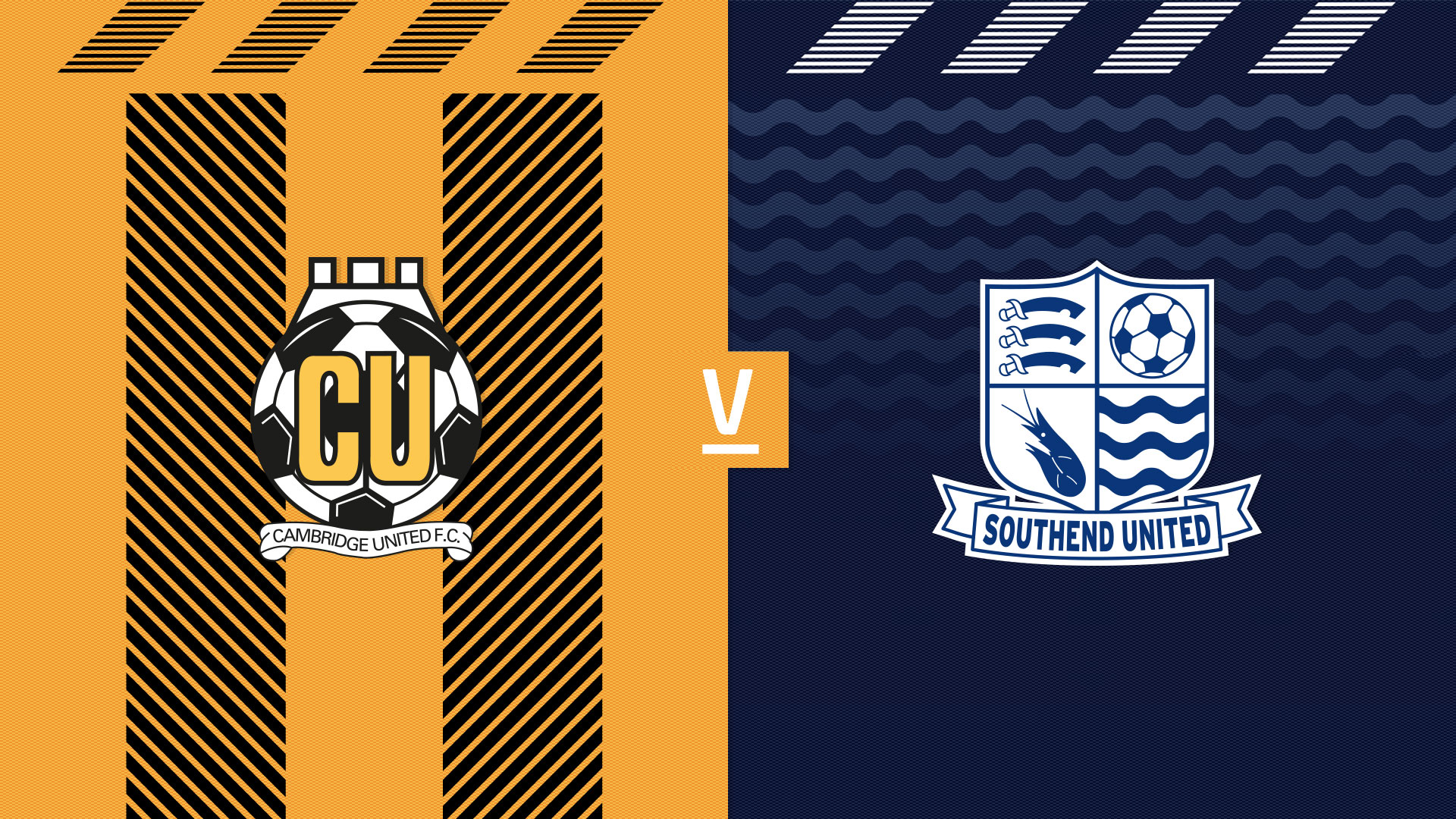 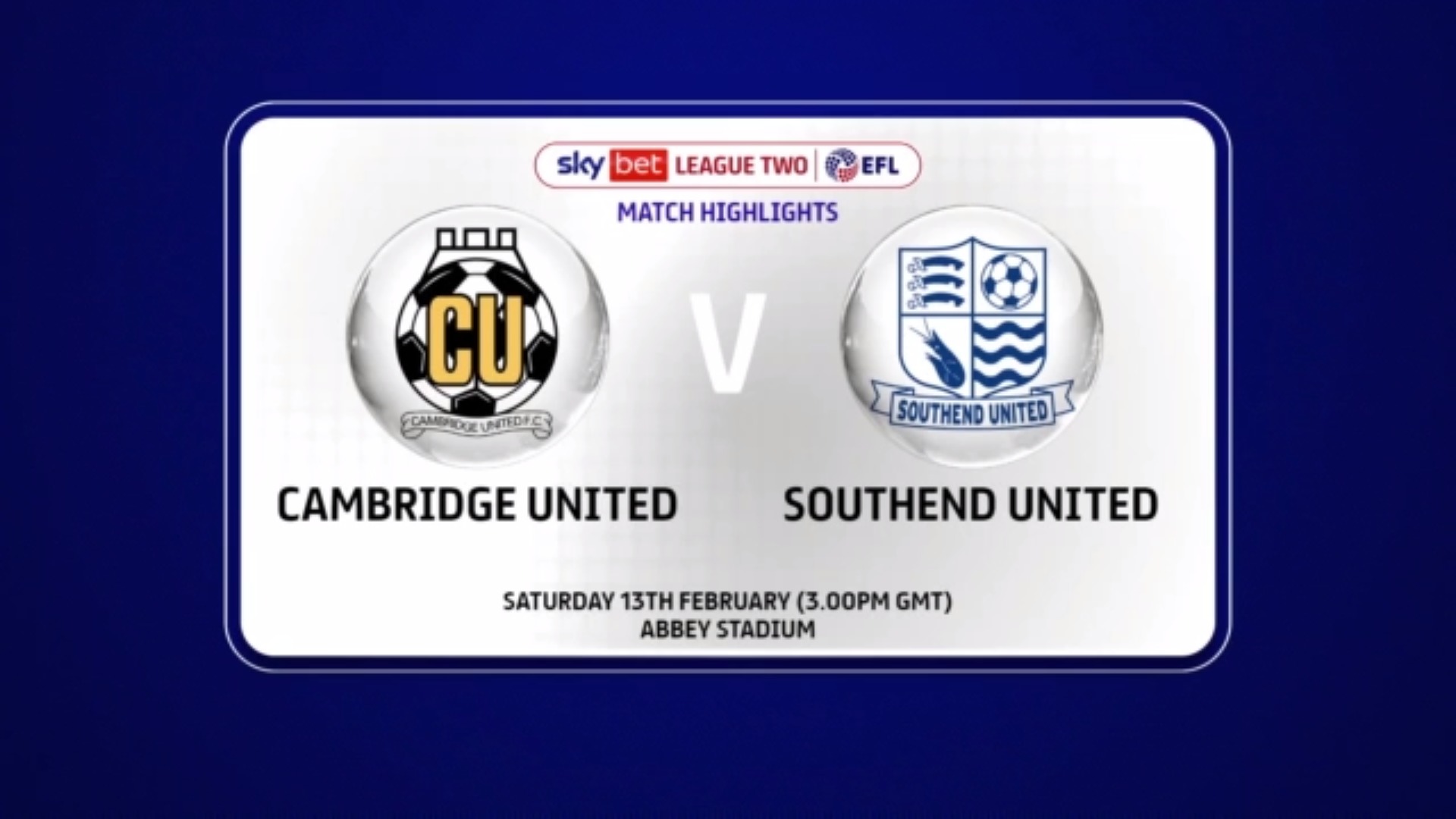 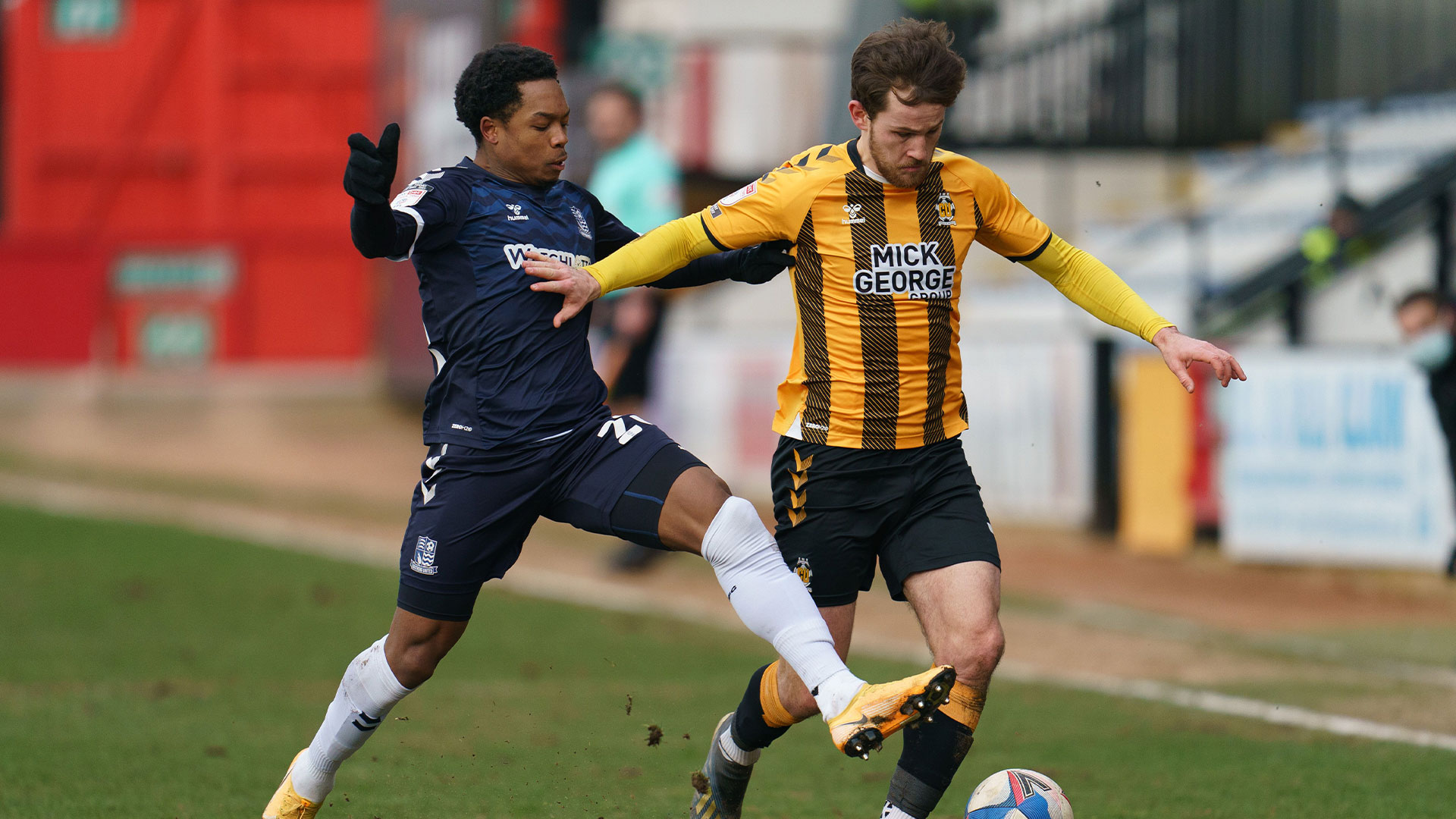