A massive six-pointer awaits both Southend United and Stevenage this weekend as the bottom two clash for three vital points at the Lamex Stadium.

Following the midweek round of fixtures in League Two, Blues find themselves eight points from safety, further increasing the urgency required to pick up victories.

And they’ll be travelling to a Stevenage side who’ll be backed by 1,500 supporters as fans make their long-awaited return to football to add a little bit of spice to an intriguing and crucial contest.

Southend come into the weekend off the back of successive defeats in the league, after losing narrowly 1-0 to Forest Green, they fell to a 3-0 defeat on the road at Bolton last Saturday.

Those defeats had come following Blues’ first win of the season in a battling 1-0 win over Walsall, which is Southend’s only win in their last six league encounters.

Stevenage were denied their own win at Walsall on Tuesday thanks to an injury-time penalty, three days removed from The Boro’s penalty shoot-out victory over Hull in the Emirates FA Cup.

A quick-fire double from striker Charlie Kelman meant Blues successfully came from behind to knock Stevenage out in the First Round of the Carabao Cup the last time these two sides met.

Dean Parrett’s thunderous strike gave the home side an early lead, but two goals in eight second-half minutes from Kelman turned things around to allow Blues to advance to the next round.

Mark Molesley said: “The next game is always the biggest game.

“We’re well aware of where we are and where they are.

“Every game is a must win for us at the moment so we’re fully aware of the magnitude of it.

“We can’t, though, let that build anymore pressure on our shoulders, we’ve got to make sure we remain calm and clinical in our processes.

“We train and prepare as professionally as we can, giving Stevenage the credit they deserve and looking how best to impact our game on them as well.

“They’re a hard working team. They’ve changed a few things around and gave started to see some results off the back of that. A tough challenge awaits.”

On finding a way to get more goals in the team, Molesley added: “Since we’ve been here we haven’t operated with more than 60 per cent of our squad available.

“As a management you always worry if you’re not making chances, but we are making chances against good teams. The more chances you make the more opportunities there are to score goals so we have to continue believing in ourselves and making them opportunities and I’m sure the goals aren’t far away.”

Harry Lennon has undergone a double operation to repair injuries to both his leg and his knee which Mark Molesley confirmed will rule the defender out for months, not weeks.

Kyle Taylor is closing in on a return having missed the whole of November with a hamstring problem, but the midfielder is still a week away as he continues his recovery at his parent club, Bournemouth.

Ashley Nathaniel-George remains out as he is still showing symptoms of COVID-19, though Kazaiah Sterling and Emile Acquah, who were previously isolating, re-joined the squad last weekend.

On-loan striker, Aramide Oteh, looks likely to be one of Stevenage’s biggest threats on Saturday with the 22-year-old having scored three goals in his last five appearances.

Oteh may not be as familiar to Blues’ current management, but those more tenured at the club will remember the QPR loanee being heavily linked with a move to Southend in January last year.

Instead, the striker chose to join Walsall who he scored against in midweek, adding to his goals against Port Vale and Morecambe in November.

Tomorrow will see Declan Bourne take charge of proceedings at the Lamex Stadium, being assisted by Kevin Howick and Scott Williams, with Kevin Johnson sitting in as the fourth official.

While it will be the 10th meeting between Southend and Stevenage, it’ll be Bourne’s first time officiating either side with this being his debut season in the Football League.

So far this campaign, Bourne has refereed 12 matches, showing 41 yellow cards and one red, with his last outing being the entertaining 4-3 win for Oldham at Barrow a week and a half ago.

With away fans still unable to attend matches in person, Blues fans can watch Saturday’s clash with Stevenage by picking up a Match Pass for iFollow Blues for £10.

For more information on how you can get your Match Pass and ensure you miss none of the action in Hertfordshire on iFollow Blues, click here. 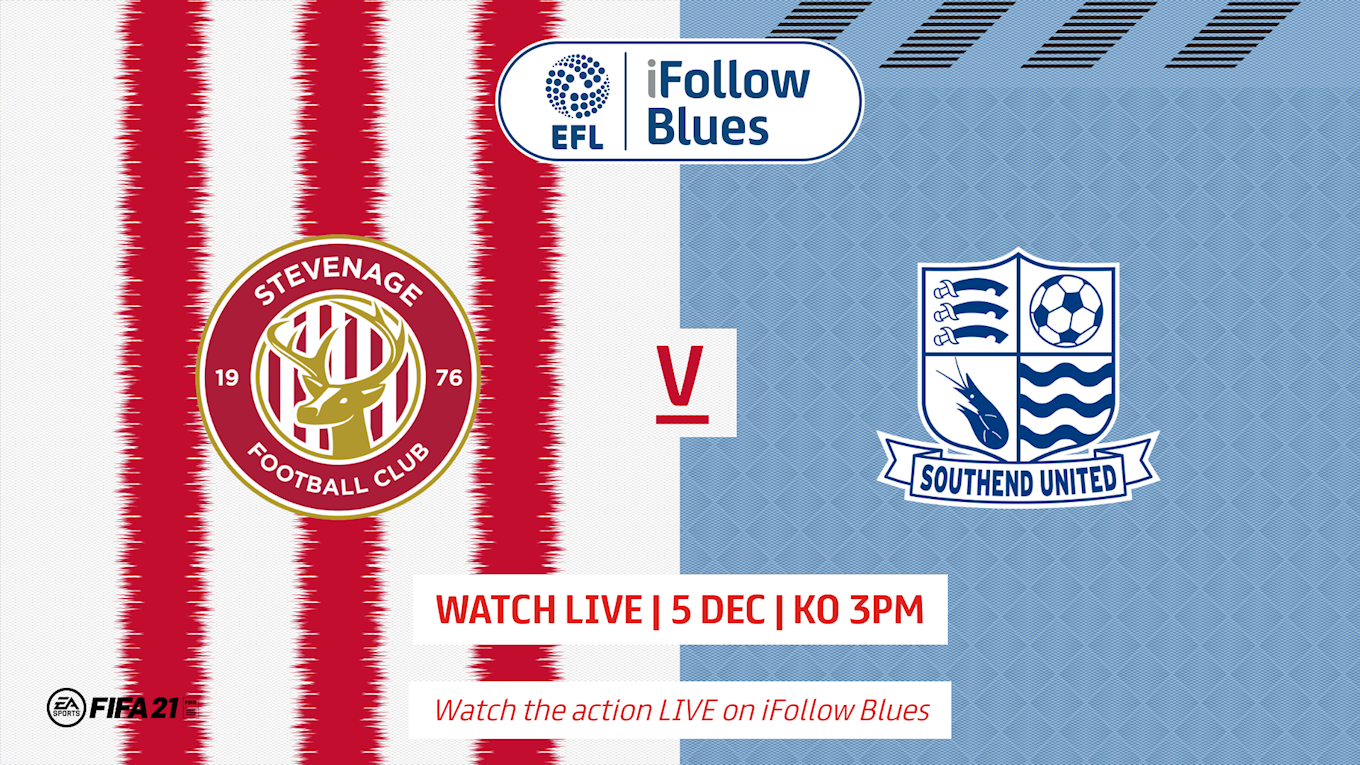 Southend United picked up a point on the road in Hertfordshire as they drew 0-0 with Stevenage at the Lamex Stadium.

Both sides began the day inside the League Two relegation zone but the two cancelled each other out in a game that neither could afford to lose but both so desperately wanted to win in front of 1,500 Stevenage fans who were making their first visit to the Lamex since February.

Brandon Goodship and Richard Taylor had the best chances for Southend in the first-half, while Tyrone Marsh was unlucky to see his effort in the second-half crash against Mark Oxley’s crossbar as Southend stood firm.

Blues had the better of the closing stages and had glorious chances to pick up a second win of the season with Goodship, Alan McCormack and Terrell Egbri all going close, although Aramide Oteh almost nicked it in injury-time for the hosts.

Blues and Stevenage began the afternoon bottom and second-from-bottom respectively in the League Two table, which made the clash between the two vitally important for both Mark Molesley and his opposite number, Alex Revell.

Stevenage were being backed by close to 1,500 fans at the Lamex Stadium as supporters made their long-awaited return to football, but it was Blues who created the early chances with an Acquah effort being deflected wide before Alan McCormack volleyed the resulting corner over.

Blues’ momentum was quelled by the hosts, with the visitors being forced into an early change as Clifford pulled up injured and had to be replaced by Harry Kyprianou a quarter of the way into the game, but the reshuffle didn’t affect Southend as we went into the break goalless.

Stevenage had ended the first-half with plenty of possession without really troubling Mark Oxley in the Blues goal, but Oxley was beaten all ends up early in the second-half when Tyrone Marsh was found from a corner, only for the woodwork to save Southend as Marsh’s shot rattled the crossbar.

Going into the final half an hour the game began to become stretched with Goodship and Taylor seeing efforts blocked, while Tom Pett and Aramide Oteh were looking dangerous for Stevenage as it started to look like one goal could be enough to secure a vital three points for either side.

With both sides heading towards a share of the points, Southend looked the most likely to grab a late winner as they created three big chances in the final five minutes with Goodship and McCormack firing off target before substitute Egbri got goal side but failed to find the target also.

And in injury-time, Stevenage almost gifted Blues a winner after McCormack picked off a back-pass to Cummings but couldn’t find Acquah who was primed to score. Stevenage themselves then had a golden chance fall to Oteh at the far post but he couldn’t quite stretch far enough to convert. 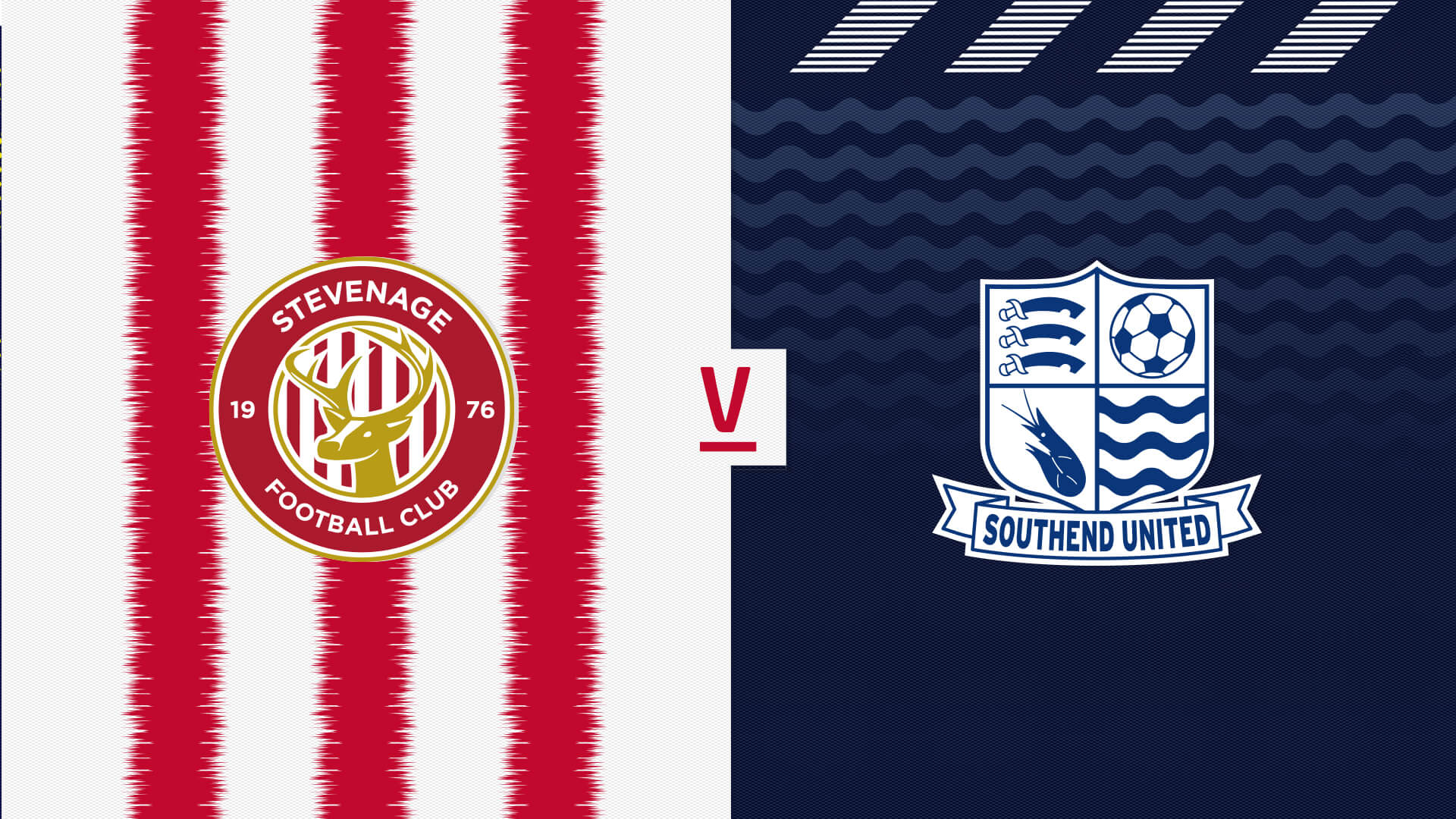 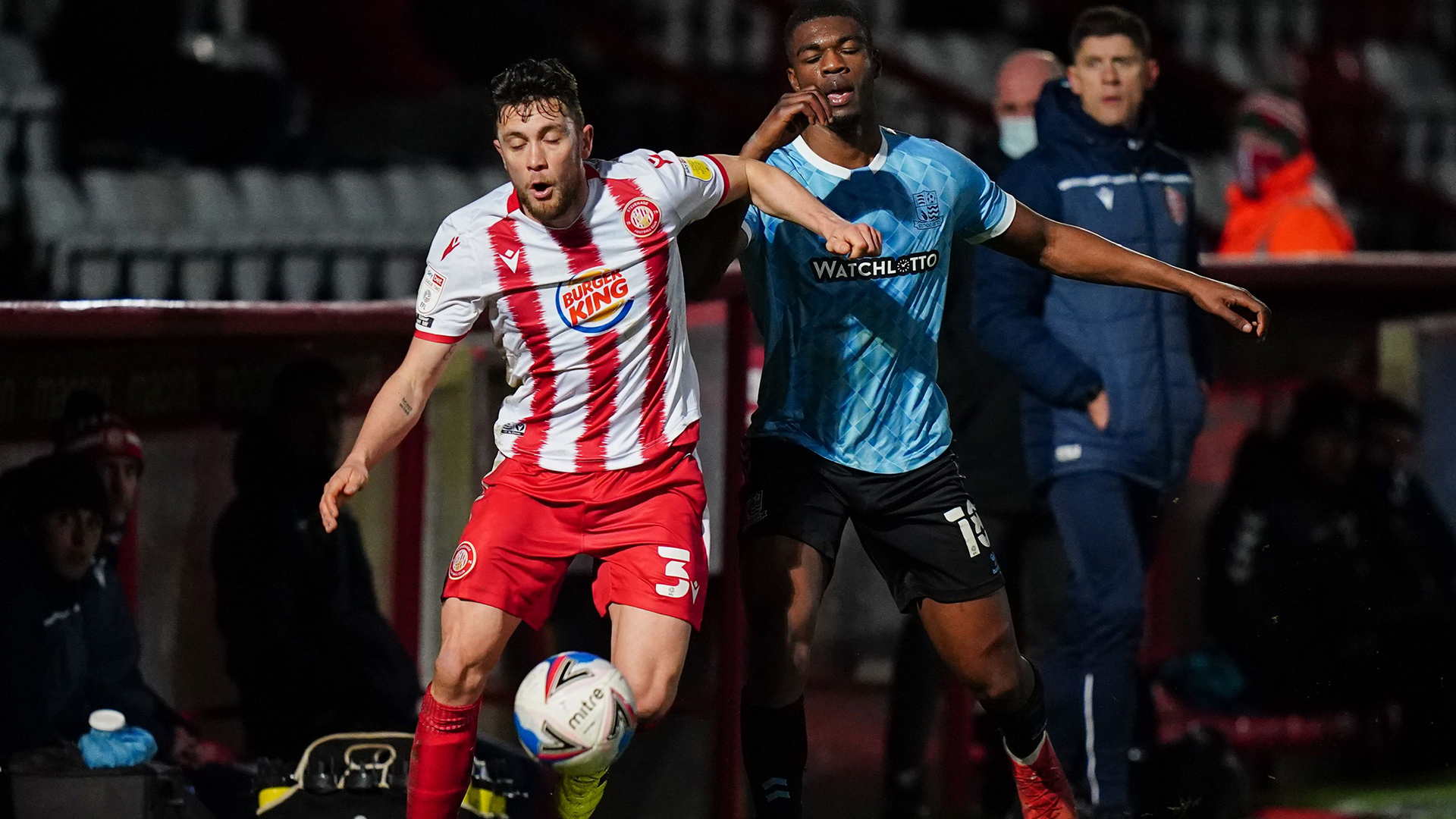