It’s been 279 days since Blues fans last set foot inside Roots Hall and we are now just one more day away from welcoming Southend fans back as Blues entertain Scunthorpe tomorrow afternoon.

Following last weekend’s stalemate against Stevenage, the visit of The Iron is another huge clash for Mark Molesley’s side as they look to keep pace with those above them in the table.

And with the support of 2,000 Southend fans behind them come 3pm on Saturday, it’s hoped that that backing will be the boost needed to pick up a huge three points.

Blues put in a battling performance last weekend at the Lamex Stadium and were unfortunate not to come away with all three points from Hertfordshire as they drew 0-0 with Stevenage.

The draw ended a run of two defeats, suffered against Bolton and Forest Green, with Southend picking up one win and one draw from their last six matches.

Scunthorpe have seen a recent upturn in their results with three wins and a draw in their last six, although they were beaten 1-0 by Colchester United last time out in midweek.

Southend were on the wrong end of a 4-1 defeat in their last meeting with Scunthorpe in 2019 as a second-half blitz from the home side secured them a big victory.

Tom Pearce cancelled out Simon Cox’s early strike before three goals in nine second-half minutes from Tony McMahon, George Thomas and James Perch wrapped up the win for The Iron.

"They’re one of the in-form teams at the moment and they’ve shown if you can string a good set of results together we can pull ourselves out of this trouble as well.

"It’s a fact of just keeping focussed, remaining positive, keep trying to improve all the time.

"We can change our situation, that’s the most important thing. We’re in control of our own destiny and sticking a good run of results together can pull yourself out of trouble.

"Not only Scunthorpe have shown that, but after Tranmere and the Oldham games, both of them have gone on great runs. It shows that a good run of games and you can quickly change your fortunes.

"It’s how you deal with the times when you’re not at your strongest that define you and I think, despite the results, we’re showing real good positive signs that we are competing and the missing links are on the way back, one of the biggest of those being the fans.

"Them coming back can be a huge difference to us.”

Mark Molesley will be boosted by the return of Kyle Taylor and Ashley Nathaniel-George to training this week after both had spells out through injury and illness respectively. The Blues boss stressed they will need to be eased back in.

Tom Clifford will face a late fitness test ahead of Saturday after the full-back limped off midway through the first-half against Stevenage with a dead leg.

John White was another notable absentee last weekend and it’s expected that he will miss out again this Saturday as the defender hasn’t been able to shake off a hamstring injury.

Kazaiah Sterling hasn't trained and will miss out, but the Spurs loanee should only be missing short-term.

Scunthorpe frontman Ryan Loft is likely to be one of The Iron’s main threats at the weekend as the former Tottenham and Leicester youngster looks to add to his goal tally this season.

The 23-year-old got off to the perfect start with Scunthorpe by scoring in his first two appearances for the club, including a superb 30-yard strike against Newport County in September.

Loft though went on a barren run after that, but he has found his scoring boots once again thanks to two goals in his last three outings against Harrogate and Leyton Orient.

Stephen Martin will take charge of things at Roots Hall on Saturday, being assisted by Nigel Lugg and Carl Fitch-Jackson, with Sam Lewis standing in as the fourth official.

Martin has so far this season officiated 12 matches across the Football League and in cup competitions, issuing 26 yellow cards and no reds.

It’ll be the Staffordshire official’s first Blues game since November 2018 – a 2-1 defeat for Southend at AFC Wimbledon – and it’ll be his first visit to Roots Hall since 2015.

A very limited number of tickets remain on sale to anyone with a booking history in the last four years.

The Ticket Office is open until 5pm on Friday and sales will not be available on the day.

If your tickets have not arrived in the post by Saturday please call the Ticket Office and they will re-print your tickets and take them to your nearest ticket collection point on Saturday.

Please note, if you're not a 20/21 season card holder and you purchased tickets this week, they are  collection only.

Although 2,000 fans will be in attendance on Saturday, those who are unable to attend will still be able to catch all of the action at Roots Hall by picking up a Match Pass for iFollow Blues.

Those season-ticket holders who cannot attend will already have access to their Match Pass as part of their account, while all other supporters can grab a pass for £10.

A Match Pass will allow you to watch the game on your laptop, computer, tablet or mobile device.

Please see below links to the Supporter ‘COVID’ Code of Conduct along with the Southend United Return of Fans Stadium Guide, which outlines the changes being made to ensure that supporters return in a safe manner.

Thank you for your continued support and we look forward to seeing you on Saturday!

From 5pm on Thursday 10th December, Scunthorpe United tickets will be on sale to anyone with a booking history within the last four years.

Just under 100 tickets remain for our first game back with fans since the 3-1 win over Bristol Rovers in March.

Following a priority period for 2019/20 season card holders, the last few remaining tickets will now be available to supporters who have bought a ticket in the last four years. 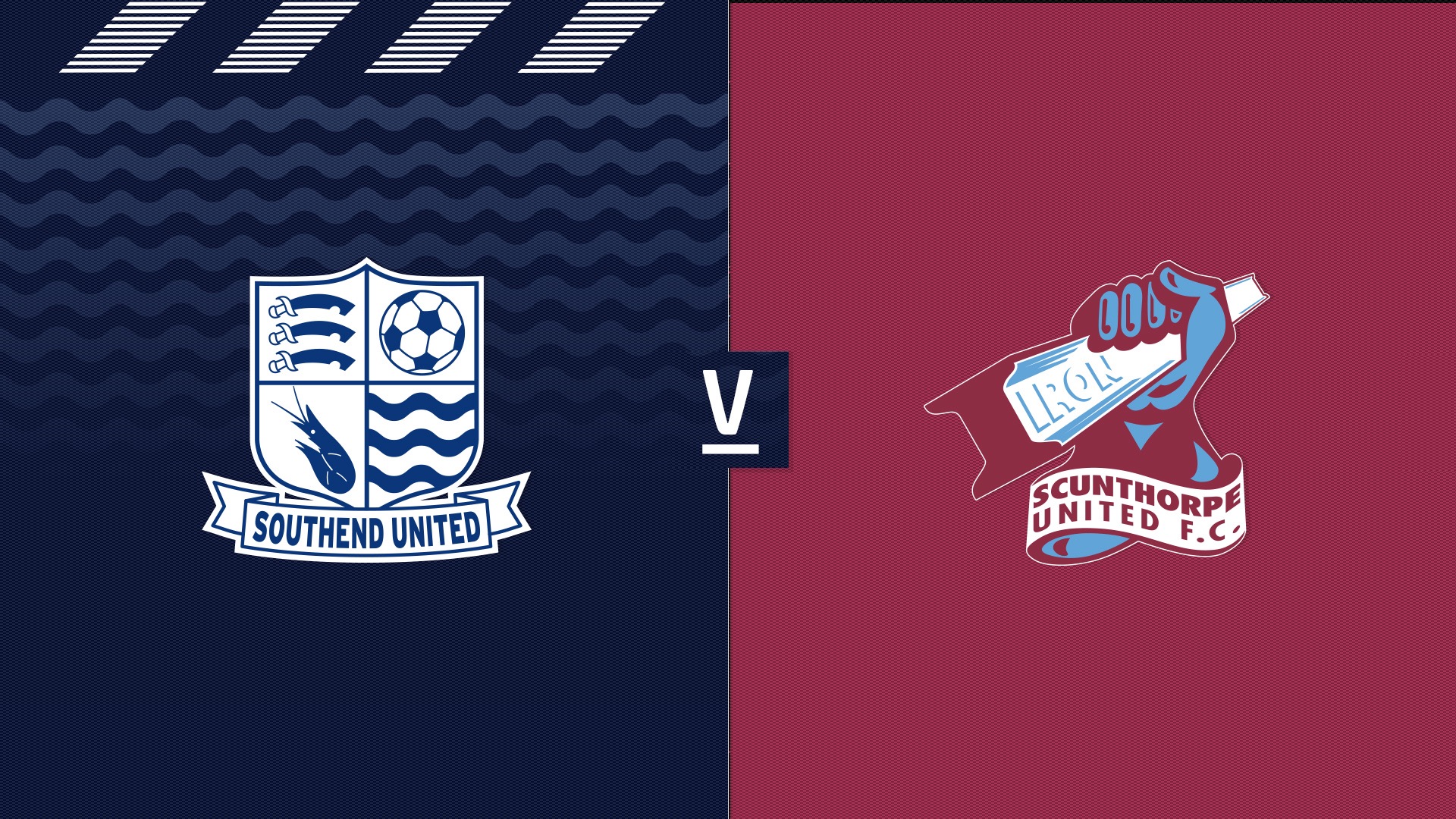 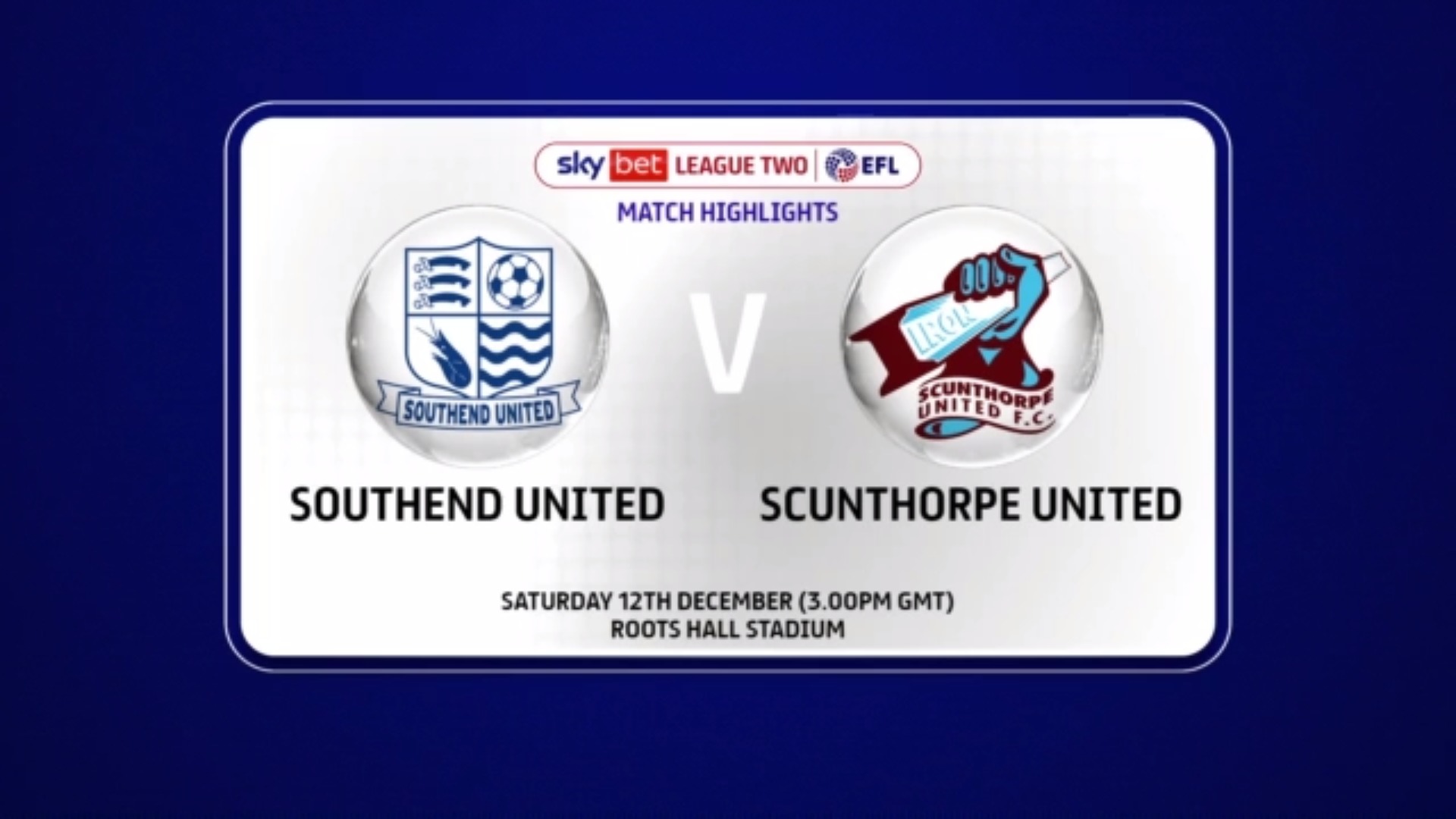 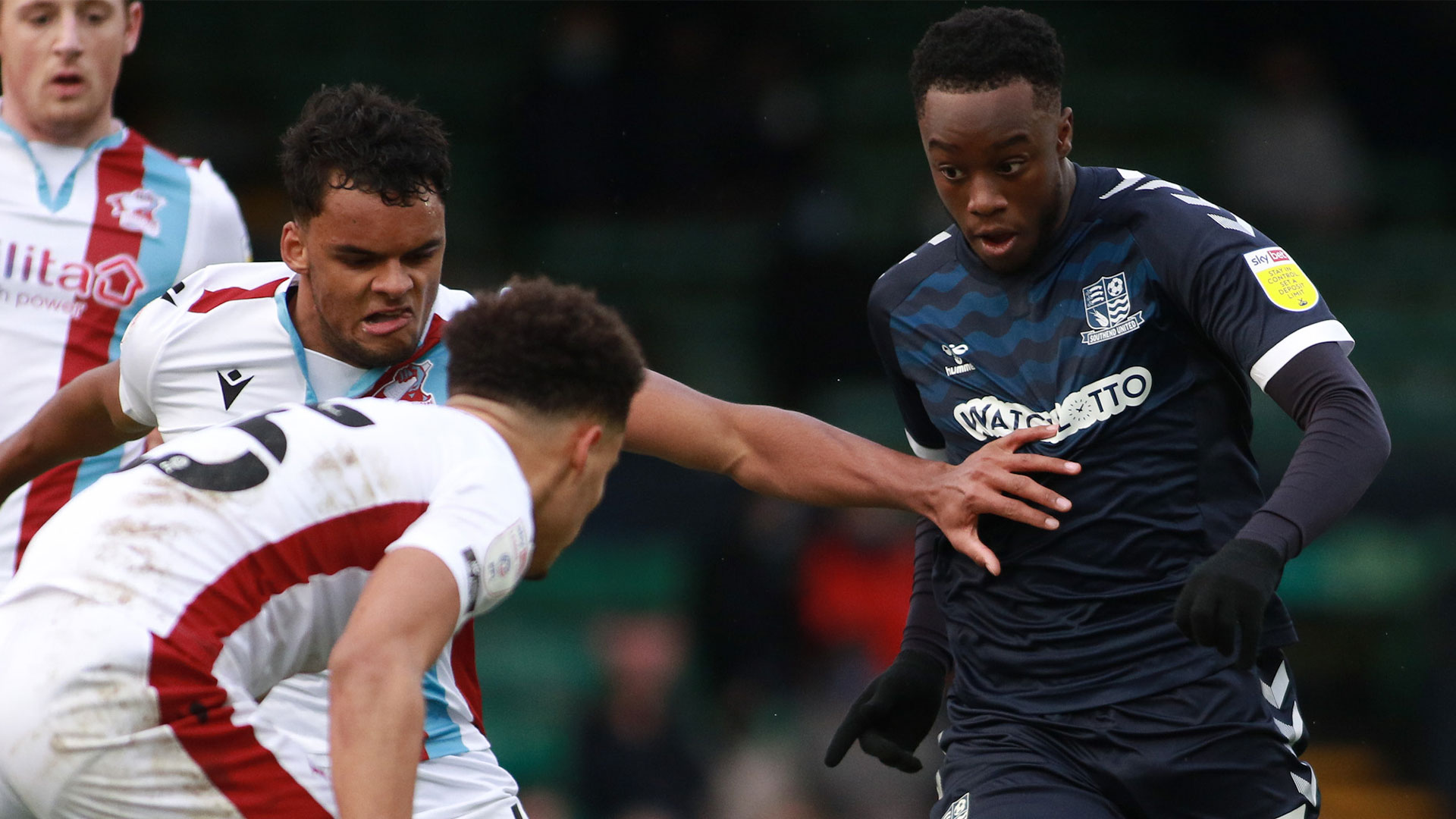