Blues’ final fixture of 2020 takes place tonight at the Breyer Group Stadium as Southend United look to finish off the year in style against Leyton Orient (7.00pm KO).

Yesterday marked 11 years since the Essex-London rivals last clashed in the league, a 2-1 away victory for Southend which sealed them a league double over Orient in League One in 2009.

And although the two sides have met in various cup competitions since – most notably the Area Final of the Football League Trophy in 2013 – tonight is all about the three vital league points.

In their last six games, Southend have picked up three wins and two draws, with their only defeat coming against Bolton Wanderers at the end of November.

Leyton Orient have lost all of their last three by the same scoreline, losing 2-1 to Cambridge, Crawley and Morecambe, with the O’s having won two and lost four of their last six league outings.

Southend United came from behind to beat Leyton Orient 2-1 on the road the last time these two sides met in league action back in December 2009.

Adam Chambers put the home side in front only for Adam Barrett to equalise two minutes later, before Lee Barnard’s blocked shot fell to Alan McCormack to score the winner.

"The position where we are in the table wins are so important.

"We need to stay on the ball and focus on how we win and what we've got to do.

"It's been a good month so far, all it's done though is got us off the canvas and in the fight. We still haven't done or achieved anything yet and the hard work must continue.

"The job's never changed from day one. It's always how can we improve and how can we be better. That's still the mantra and always will be as long as we're here.

"We need to constantly improve and evolve."

Three players that were missing on Boxing Day and remain doubtful of returning against Orient are Tom Clifford, James Olayinka and Alan McCormack.

Clifford had shown good signs of recovery from an ankle injury picked up against Mansfield, but Saturday came too soon for the young full-back.

The same could be said for Olayinka who returned to parent-club Arsenal for treatment on a groin strain, while McCormack is hoping to have shaken off a calf problem to feature on Tuesday.

On Monday afternoon Molesley said all three will require checks to see if they'll be declared fit to be involved.

New signing Louis Walsh will be looking to make his Blues bow after being an unused substitute on Boxing Day, having only been confirmed as a Southend player an hour before kick-off on Saturday.

And Southend are still waiting on the results of a scan for striker Brandon Goodship who’s missed the last three matches with a rib injury.

Simeon Akinola came off injured against Colchester United and will also be checked on Tuesday.

No question of who the dangerman for Orient will be, and that's striker Danny Johnson who has been on fire this season with 13 goals in 20 league appearances.

In all competitions, Johnson has 16 goals to his name which includes a hat-trick against Harrogate last month, and the striker has scored in three of his last four outings.

The 27-year-old was just finding his feet in front of goal before the curtailment of last season, but he immediately hit the ground running again this campaign with eight in his opening 10 games.

Craig Hicks will be tonight’s referee over in East London, being assisted by Andrew Laver and Oliver Jackson, with Sam Allison by the dugouts as the fourth official.

Hicks has so far taken charge of 17 matches in League and Cup this season and has shown a total of 46 yellow cards and two reds, with his last match Shrewsbury’s 1-0 win at Lincoln a fortnight ago.

Tonight will be the second time Hicks has officiated Southend this season which will hopefully prove to be a lucky omen for Blues as his last Southend game was their 1-0 win at Walsall in November.

With fans again unable to attend matches in person, Blues fans can watch tonight’s clash with Leyton Orient by picking up a Match Pass for iFollow Blues for £10.

Just over 1,000 Blues fans bought passes for our last away game against Mansfield, and we're hoping to surpass that figure on Tuesday night when Blues head on the road for the much shorter journey to the Breyer Group Stadium.

For more information on how you can get your Match Pass and ensure you miss none of the action on iFollow Blues, click here.

Please note, match commentary on Tuesday will be provided by Leyton Orient and not the usual BBC Essex commentary team. This is due to BBC Essex being unable to travel to the game, which comes following new BBC rules relating to travel to and from a Tier 4 area.

Blues’ unbeaten run came to an end as second-half goals from Jobi McAnuff and Conor Wilkinson condemned Southend to a 2-0 defeat against Leyton Orient at the Breyer Group Stadium.

After a goalless first-half in a chilly East London, Orient skipper McAnuff broke the deadlock eight minutes after the restart with a superbly taken free-kick from 25-yards, converting after Timothee Dieng brought down Wilkinson.

Wilkinson then sealed the victory with a little over 10 minutes remaining having seen an effort in the third minute cleared off the line, he made no mistake this time as he lifted the ball over the advancing Oxley as Southend were pushing for an equaliser.

With Stevenage winning earlier in the evening, it meant defeat for Blues saw them return to the foot of the League Two table and ended their unbeaten run at five matches, while Orient ended a losing run of three matches to climb to 10th.

It wasn’t the way Mark Molesley had hoped to end December. Having won three and draw two of their five games this month, the Blues boss made just the one enforced change from the side that beat local rivals Colchester on Boxing Day with Kyle Taylor being replaced by James Olayinka.

Orient, on the other hand, were looking to end a run of three straight defeats and it was an open start to proceedings in East London with Conor Wilkinson forcing Mark Oxley into action before Simeon Akinola and Terrell Egbri both had shots blocked all inside the first minute.

While those chances could be described as half-chances, there was nothing half about the chance the O’s had two minutes later as they sprung a counter-attack down the right. The ball in fell to Wilkinson who beat Oxley with his strike but couldn’t beat Sam Hart who cleared off the line.

Wilkinson was proving to be a tricky customer for Blues to repel and the Orient number nine went close again when slid in by Jobi McAnuff. Wilkinson opened his body up to curl an effort towards goal that narrowly missed the target.

Southend though weathered the storm and they grew into the game as the half wore on, with efforts from Timothee Dieng and Akinola not quite troubling goalkeeper Lawrence Vigouroux, while Oxley still needed to be alert to stop efforts from Lee Angol and Wilkinson as it remained goalless.

Blues began the second-half brightly and had their best chance of the evening so far fall to Akinola. The Southend frontman received the ball with his back to goal before turning and firing towards goal, with his effort being diverted wide.

Having defended doggedly in the first-half to keep Orient out, a well-taken free-kick from captain McAnuff undone Blues’ hard work to open the scoring. After Wilkinson was felled by Dieng on the edge of the area, McAnuff curled a superb free-kick beyond Oxley to put the home side in front.

Now chasing an equaliser, Molesley brought on Richard Taylor and gave a debut to Louis Walsh as Blues sacrificed a man at the back to go with a front-three of Akinola, Olayinka and Walsh as Southend tried to salvage their unbeaten run.

But with Blues throwing everything forward there were susceptible to the counter-attack and Wilkinson would put daylight between the two sides after a quick through ball from McAnuff found the run of the striker who lifted the ball over the advancing Oxley to make it two.

The lead proved to be insurmountable for Blues who were unable to get on the scoresheet as their 2020 ended in defeat and brought to an end their unbeaten December ahead of another trip to high-flying Newport County in the New Year. 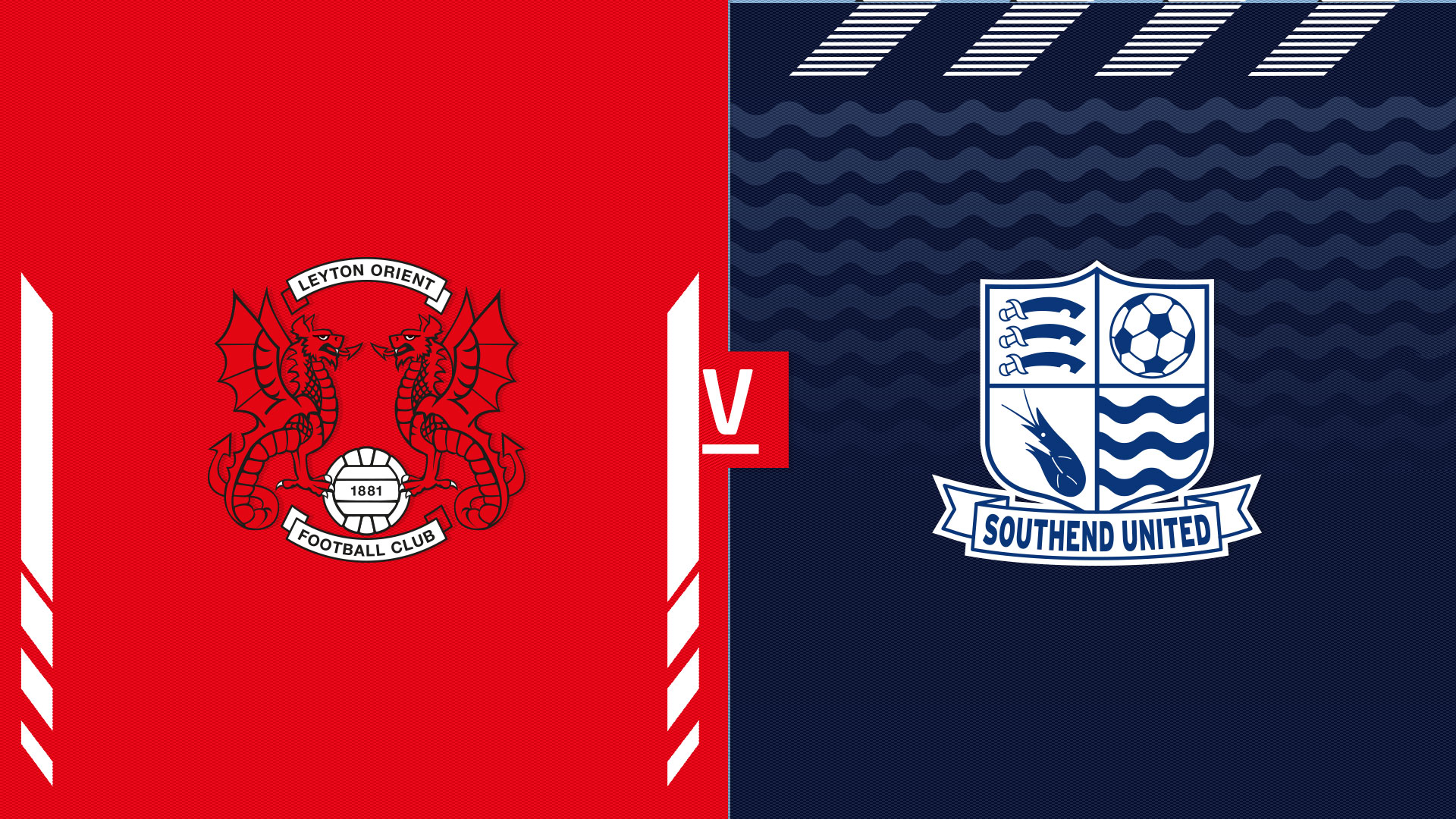 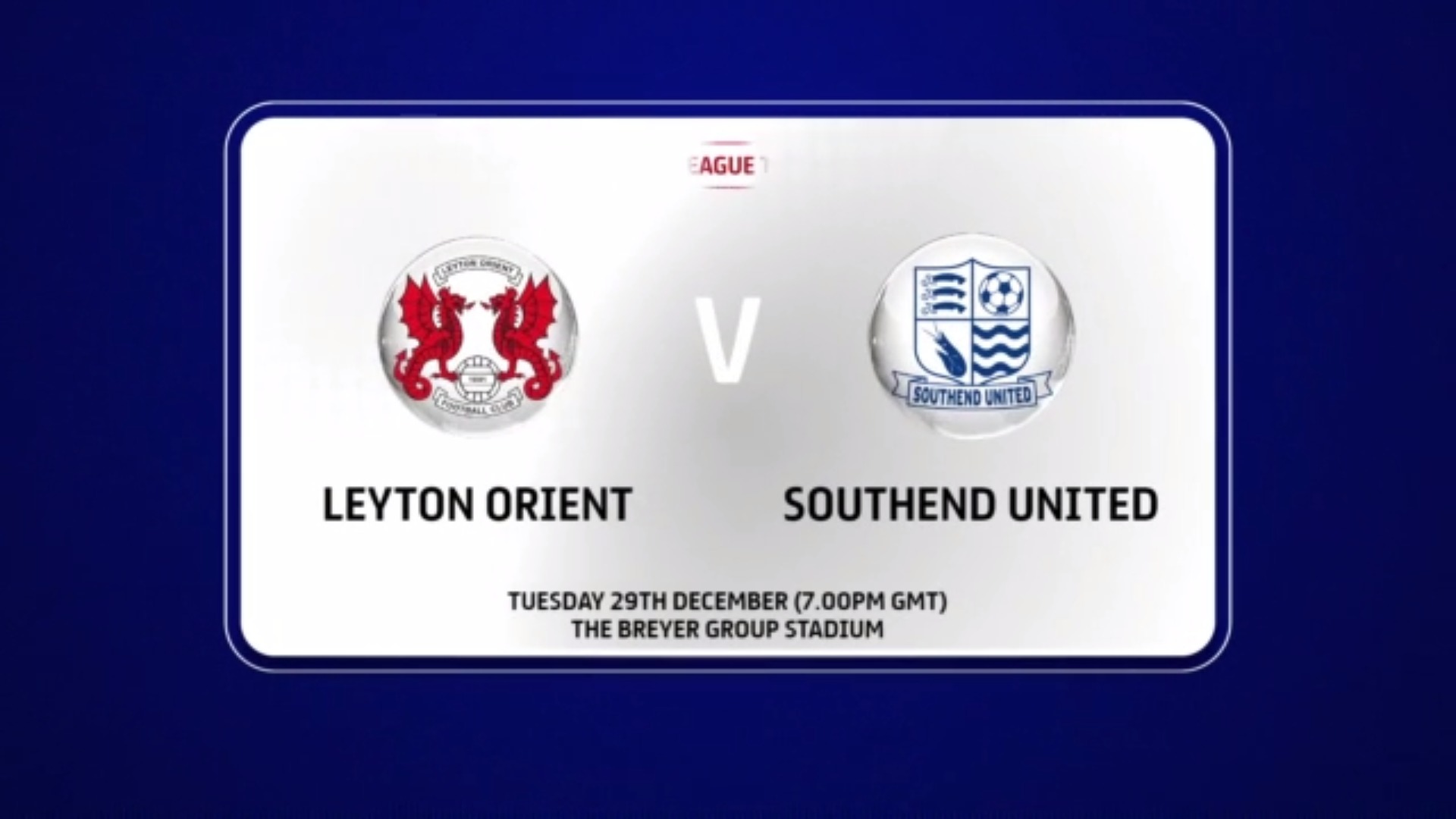 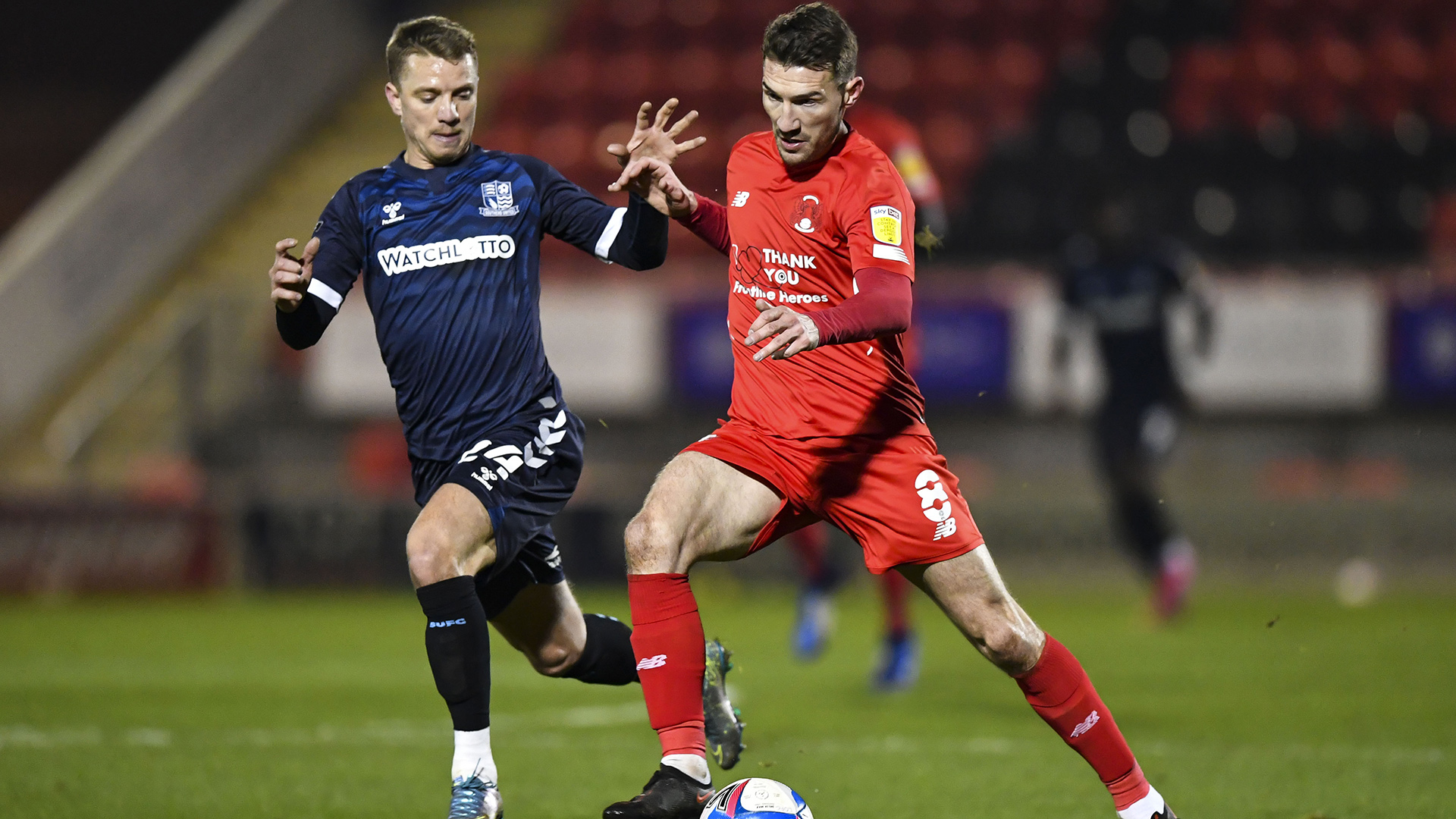