Blues welcome Leyton Orient to Roots Hall tomorrow afternoon for their penultimate home game of the season knowing that anything less than a win will spell the end of their survival hopes.

Defeat in midweek to neighbours Colchester left Phil Brown’s side eight points adrift of safety with just nine points left to play for, leaving Southend with no more room to manoeuvre.

It’s a scenario Orient are familiar with having been relegated from the Football League in 2017, but sympathy will be in short supply from the O’s who still harbour hopes of sneaking into the play-offs.

Tuesday night’s reversal by Colchester ended Southend’s three-game unbeaten run which has seen them pick up draws against Exeter, Crawley and Morecambe.

In their last six, Blues have won one, drawn three and lost twice with their only win coming four weeks ago away at Harrogate Town.

Orient too lost in midweek, suffering a 4-2 defeat to high-flying Cambridge. The O’s have lost two, drawn two and won two of their six, with their last win coming last weekend against Barrow.

Orient ended Blues’ five-game unbeaten run thanks to a comfortable 2-0 victory in East London with second-half goals from Jobi McAnuff and Conor Wilkinson securing the victory.

The O’s now interim manager put the home side in front with a well-taken free-kick shortly after the interval before turning provider for Wilkinson who lifted the ball over Mark Oxley to seal the win.

"I’ve go to be going into three battles, three fights, three scraps for survival and if we can win all three of them you can say job done to a certain extent but whether that keeps us in the division is another question.

"We need that spirit that we showed on the training ground but we don’t need it on a Thursday or Friday, we need it on a Saturday against Orient."

Jason Demetriou’s red card against Colchester on Tuesday night means he will miss the final three games of the season through suspension.

Alan McCormack is another who won’t be seen again this season with the experienced midfielder’s persistent calf problems once again ruling him out.

Timothee Dieng (hamstring) is pushing for a recall though, so long as he is able to feature in training on Friday, having missed the last two matches.

Tom Clifford (thigh) is expected to miss out again after limping off in the warm-up at Exeter.

While Danny Johnson has been taking a lot of the plaudits this season, we’re going to focus on another Dan as Orient’s dangerman tomorrow, and that’s midfielder Dan Kemp.

The 22-year-old has been in fine form as of late, with his performances in March in particular where he pitched in with one goal and three assists earning him Orient’s player of the month award.

And the former West Ham youngster has carried that momentum into April with two goals in his last two games, so he’ll be one Blues will need to keep an eye on for sure on Saturday.

Trevor Kettle will be taking charge of proceedings tomorrow afternoon, being assisted by Justin Amey and Robert Dabbs, while Leigh Crowhurst sits in as the fourth official.

Kettle has officiated 31 games and shown 86 yellows and five reds this season, although his notebook wasn’t required in his last outing at Stevenage for their game with Cheltenham.

The Rutland referee will be making his second visit of the year to Roots Hall having previously officiated Blues’ 3-1 defeat to Bradford back in January.

With fans not able to attend Roots Hall in person, Blues supporters can watch tomorrow’s game with Leyton Orient by picking up a Match Pass on iFollow Blues for £10.

Southend United live to fight another day as Matt Rush’s first senior goal secured a 2-1 win for Blues against Leyton Orient at Roots Hall to keep their survival hopes alive.

Phil Brown’s side knew that anything less than a win would have sent them down and they took the lead late in the first-half when Tyler Cordner nodded in Ricky Holmes’ corner.

It was a lead though that wouldn’t last long as Louie Dennis’ deflected effort levelled things up before the interval before Rush popped up with 14 minutes remaining to slot home the winner for Blues.

The win, combined with Barrow’s 1-0 defeat at Tranmere, means Southend remain in the fight for survival and will be keeping a close eye on Barrow’s game in hand against Forest Green Rovers on Tuesday ahead of their trip to Barrow next weekend.

The scenario ahead of today was simple: win or Blues would be playing in the National League next season. That was what faced Phil Brown’s side this afternoon as they welcomed Leyton Orient to Roots Hall who themselves had felt the pain of relegation from the Football League in 2017.

Knowing it was win or bust, Brown made four changes to his side from the one that lost to Colchester last time out. In came Tyler Cordner, Terrell Egbri, Kyle Taylor and Timothee Dieng and it was Dieng who had the game’s first chance four minutes in with a flicked header that went wide.

That early chance was one of few for either side in the first-half. That was until the 39th minute when Orient should have broken the deadlock when Dan Kemp’s deflected cross found its way through to Sam Ling who from inside the six-yard box managed to hit the crossbar.

Blues had been spared and they made the most of that reprieve by going in front just three minutes later as Cordner scored his first goal for the club. Ricky Holmes’ corner from the Blues left was floated into the box allowing Cordner to charge in and head home from close range.

Southend though were unable to hold onto that lead for long as Orient equalised on the stroke of half-time. James Brophy’s deep free-kick was headed down by Ouss Cisse to Louis Dennis who fired in, via a deflection off Cordner, to level things up.

A second for the visitors after the restart would have all but spelt the end for Blues and Orient went desperately close to going in front when Conor Wilkinson’s cross towards Danny Johnson was diverted towards goal only for Mark Oxley to scramble it clear with his feet.

As news came through of Barrow trailing at Tranmere, Blues created a flurry of chances with Greg Halford’s flicked header having to be clawed away by Lawrence Vigouroux before a mazy run from Louis Walsh ended in his deflected cross being cleared off the line by Cisse.

Vigouroux was needed again to keep out Matt Rush’s header moments later, but he was unable to keep the young striker out a second time as the sub outmuscled his marker to break through on goal and slide the ball under the advancing Vigouroux to put Blues back in front.

The goal was Rush’s first senior strike for the club and what a vital time to score it. Blues now just needed to hold on for the final quarter of an hour, though their task would have been made a whole lot easier had Vigouroux not saved a curling effort from Louis Walsh with five minutes remaining.

Orient threw everything they could forward to try and break Southend hearts and had a great chance fall to Wilkinson late on that was smothered by Oxley but Blues held on for a vital victory to keep their survival hopes alive. 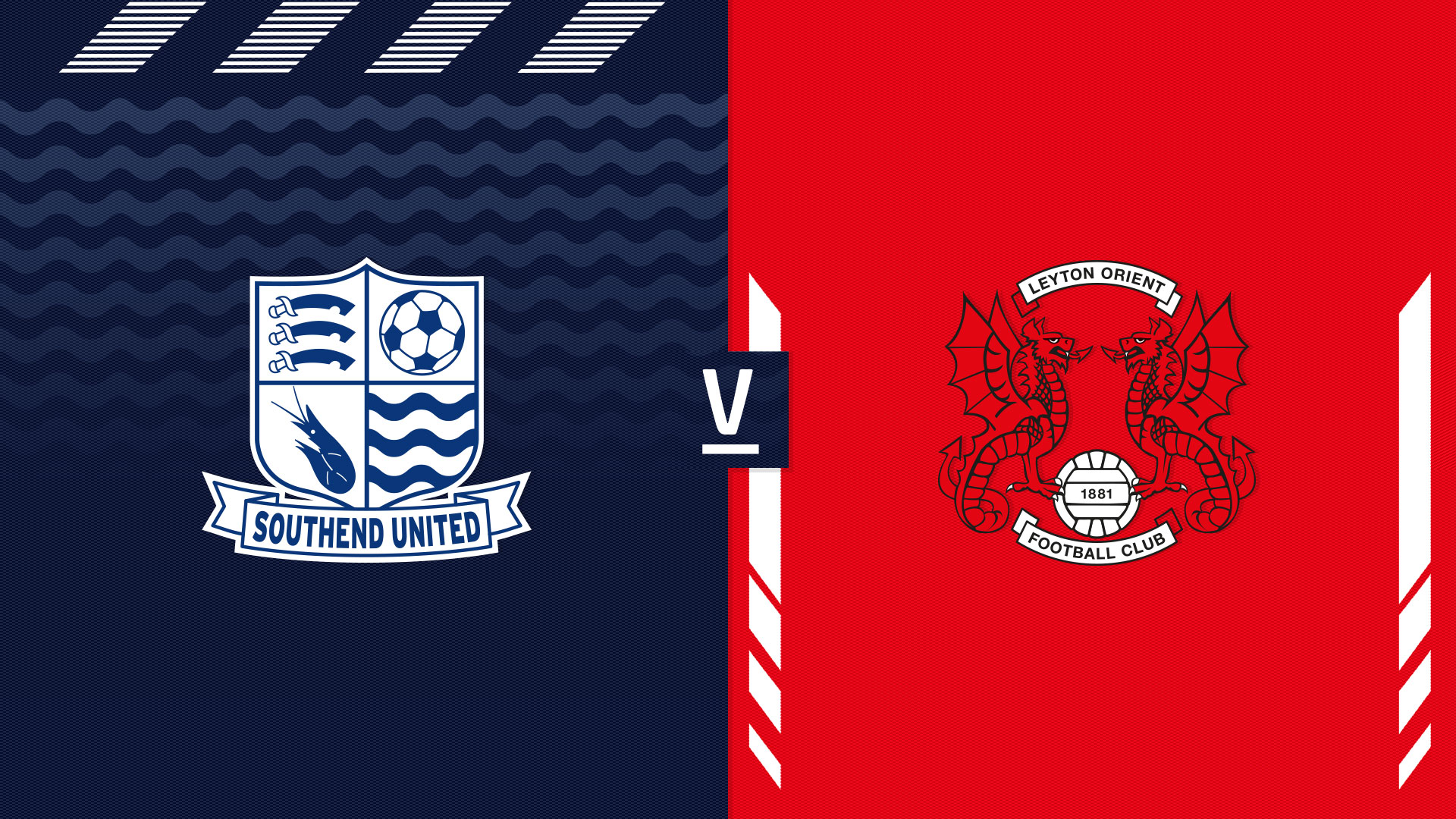 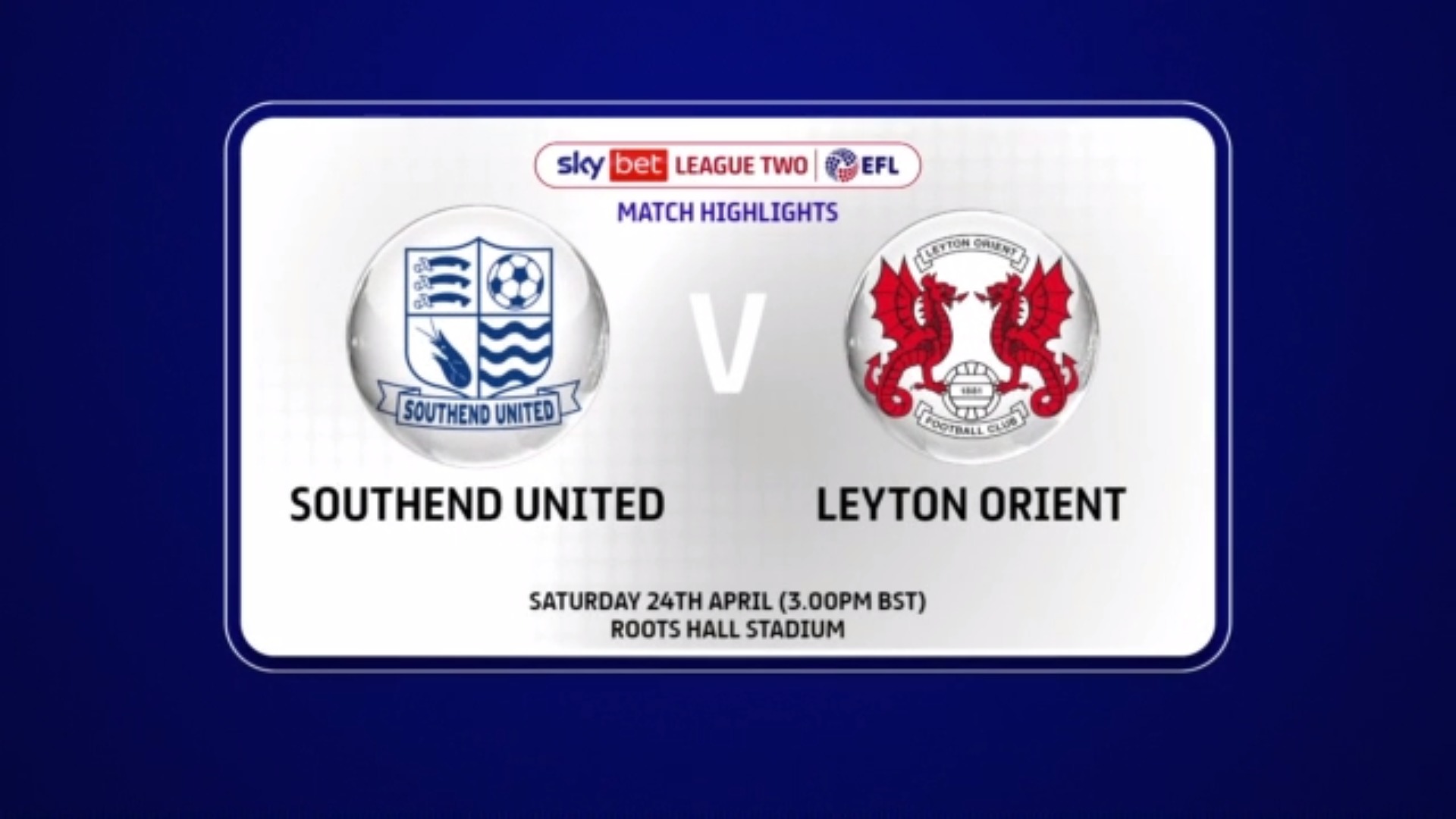 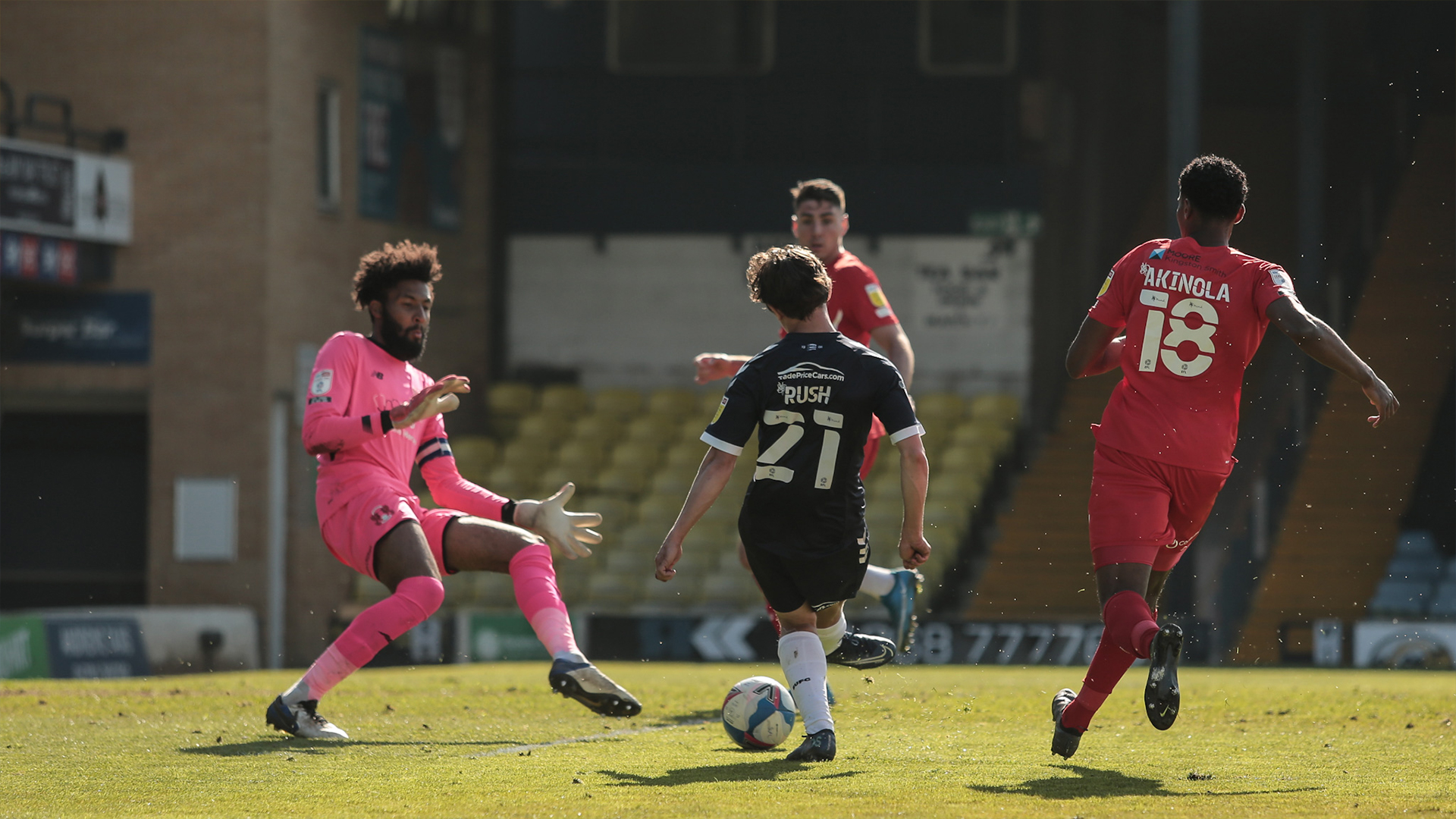