Crawley Town are the visitors to Roots Hall this weekend as Southend United go in search of a vital home victory to keep their hopes of survival alive and kicking.

Having picked up another positive point in the midweek draw at promotion-chasing Morecambe, it is now about turning that away form into victories on home soil.

Blues haven’t won any of their last nine at Roots Hall and newly appointed Manager Phil Brown will be keen not to extend that number to 10, especially with games very quickly running out.

Brown re-joined the club on Friday morning, taking over from Mark Molesley, and he will take charge of the side against the Red Devils assisted by Ricky Duncan and Craig Fagan.

The 1-1 draw at the Mazuma Stadium on Tuesday was Blues’ sixth draw in their last 10 games having also recorded stalemates with Walsall, Scunthorpe, Stevenage, Oldham and Salford.

Only Grimsby (7) have recorded more draws than Southend across the last 10 matches, with Blues’ only victory during that run coming against Harrogate a fortnight ago.

After picking up three 1-0 wins in the space of a week in March, Crawley have since failed to win any of their last six, with their only points in that spell coming in draws against Scunthorpe and Walsall.

The home side took the lead midway through the first-half when Nadesan finished off a smart free-kick routine before Terrell Egbri picked out Ralph with six minutes left to volley in the equaliser.

“With the six games we’ve got it’s a great challenge,” said Phil Brown. “Every game is winnable, starting with Crawley Town tomorrow

“Crawley are a technical team that try to play football, that know they’ve got enough points now and know that they’re going to be in the second division [next season].

“At the same time, it’s always a challenge. It’s 11 vs 11, tactics vs tactics and John Yems will be looking along the touchline thinking he wasn’t going to be facing Phil Brown, and now all of a sudden he’s got a different challenge.

“What does that matter when it comes to 3 o’clock and the players cross the white line? It doesn’t really matter.

“At the same time, I’ve got to prepare my team as best as possible and hopefully the information that they’ve received today they will carry out accordingly in the two hours that follows.”

Southend will be boosted by the return of Sam Hart who is available again having completed his three-game suspension for his red card against Walsall.

Blues could also be bolstered by the returns of James Olayinka (groin) and John White (elbow) who both returned to training this week, but late calls will be made on them.

Blues are also hopeful that Simeon Akinola (groin) can return to training today as he pushes for a quick return, though Alan McCormack (calf) and Jacob Mellis (knee) will again miss out.

Tom Nichols takes up the mantle of Crawley’s dangerman this weekend with the striker the club’s joint-top scorer with 15 goals this season.

After Max Watters departed for Cardiff in January, Nichols has picked up the baton and continued to provide the Red Devils with plenty of attacking threat.

But it’s his goals combined with his assists that make him one of the biggest dangers to Blues this weekend, with the frontman having also chipped in with 10 assists so far this campaign.

Saturday will see Charles Breakspear referee Crawley’s visit to Blues. He’ll be assisted by Joseph Stokes and Paul Kelly, while Paul Yates stands in as the fourth official.

The Surrey official has taken charge of 28 games so far this season, showing a total of 106 yellow cards and six reds, and it’ll be his second visit to Roots Hall this season.

Breakspear was last in South-East Essex for Southend’s 2-1 defeat to Morecambe in September, with his last match anywhere being Charlton’s 2-2 draw at AFC Wimbledon.

With fans not able to attend Roots Hall in person, Blues supporters can watch tomorrow’s game with Crawley by picking up a Match Pass on iFollow Blues for £10.

Southend and Crawley could not be separated as Phil Brown’s second spell as Blues boss began with a 0-0 draw at Roots Hall.

Both sides had good chances to pick up the win with the Red Devils going closest in the first-half through James Tilley who was only denied by a clearance on the goal line by Tyler Cordner.

The closest Southend came was when Nathan Ferguson struck the post shortly after the restart with a low drive, but Blues were indebted to goalkeeper Mark Oxley for a superb reaction save to keep out Ashley Nadesan up the other end as it finished goalless.

It had been all change at Roots Hall this afternoon after the departure of Mark Molesley earlier in the week, with Phil Brown back in the hot seat for what could only be described as a must-win game for Southend who knew that a win today could put them within two points of safety.

Despite a major change in the dugout, there wasn’t much of a change to the starting line-up with Ricky Holmes replacing Ashley Nathaniel-George the only change from the starting 11 that drew 1-1 at Morecambe on Tuesday night.

And Holmes was immediately in the thick of the action with his cross creating the first chance of the afternoon for either side, clipping the ball towards the far post only for Reeco Hackett-Fairchild to fluff his header from close range as it bundled wide.

That was the first chance of many in a frenetic opening 15 minutes which saw both sides have chances to break the deadlock, none better than James Tilley’s who finished a short-corner routine by hitting the target only for Tyler Cordner to clear the ball off the line.

The visitors had come into the game on a poor run of form having not won any of their last six, but they looked the likelier to score and should have done right on half-time as Ashley Nadesan looked destined to find the net only for him to misjudge his pass as he tried to play in Tilley for a tap in.

Goalless at the interval, Southend began the second-half brightly and were unlucky not to take the lead six minutes after the restart when Nathan Ferguson picked up the ball on the edge of the area and saw his low effort come back off the face of the post.

Blues then had an even better chance after Elvis Bwomono dug out a cross from the right. After evading sub Brandon Goodship, the ball got stuck under the feet of Hackett-Fairchild and by the time he got his shot away Morris had smothered the winger to make the save.

With Southend struggling to find the back of the net, Crawley remained in the hunt and they couldn’t believe they didn’t go in front after Nichols fizzed a low ball across the face of goal which was turned goalwards by Nadesan only for Mark Oxley to make a remarkable reaction save.

It was hard to believe Oxley had kept Nadesan out from almost point-blank range, but Blues were still in this and with 11 minutes remaining Brown threw his last roll of the dice by throwing on Terrell Egbri and James Olayinka to try and force a winner.

Olayinka did have a half-chance with a little over five minutes remaining after a free-kick fell to the Arsenal loanee on the edge of the box only for him to slice his effort wide before having another effort moments later that he blazed over the crossbar.

In the final minute of four added on, Southend had one final chance to steal it when a cross from the right found its way to Ferguson but he couldn’t get his shot away as Blues were made to settle for their seventh draw in their last 11 games. 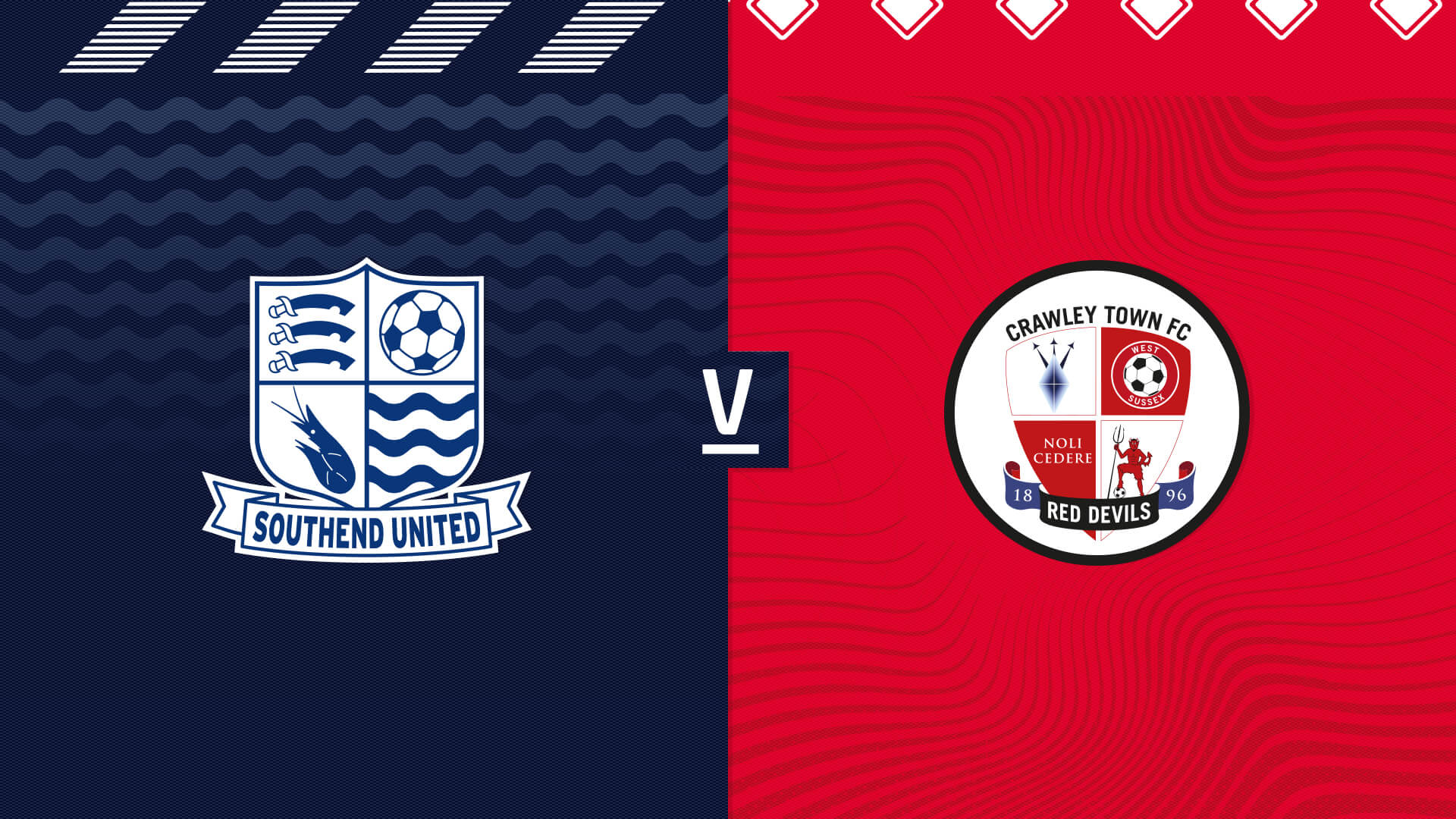 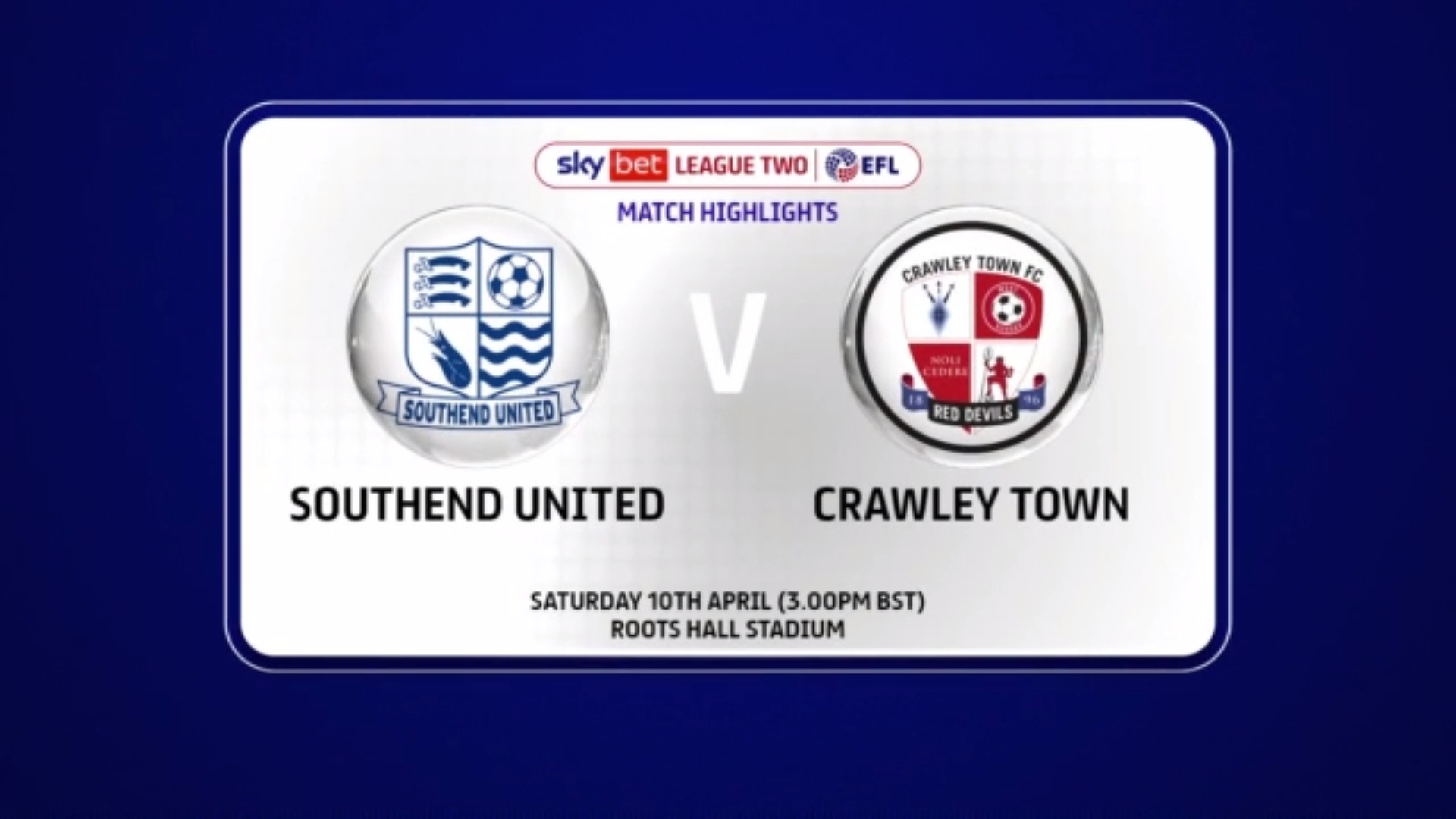 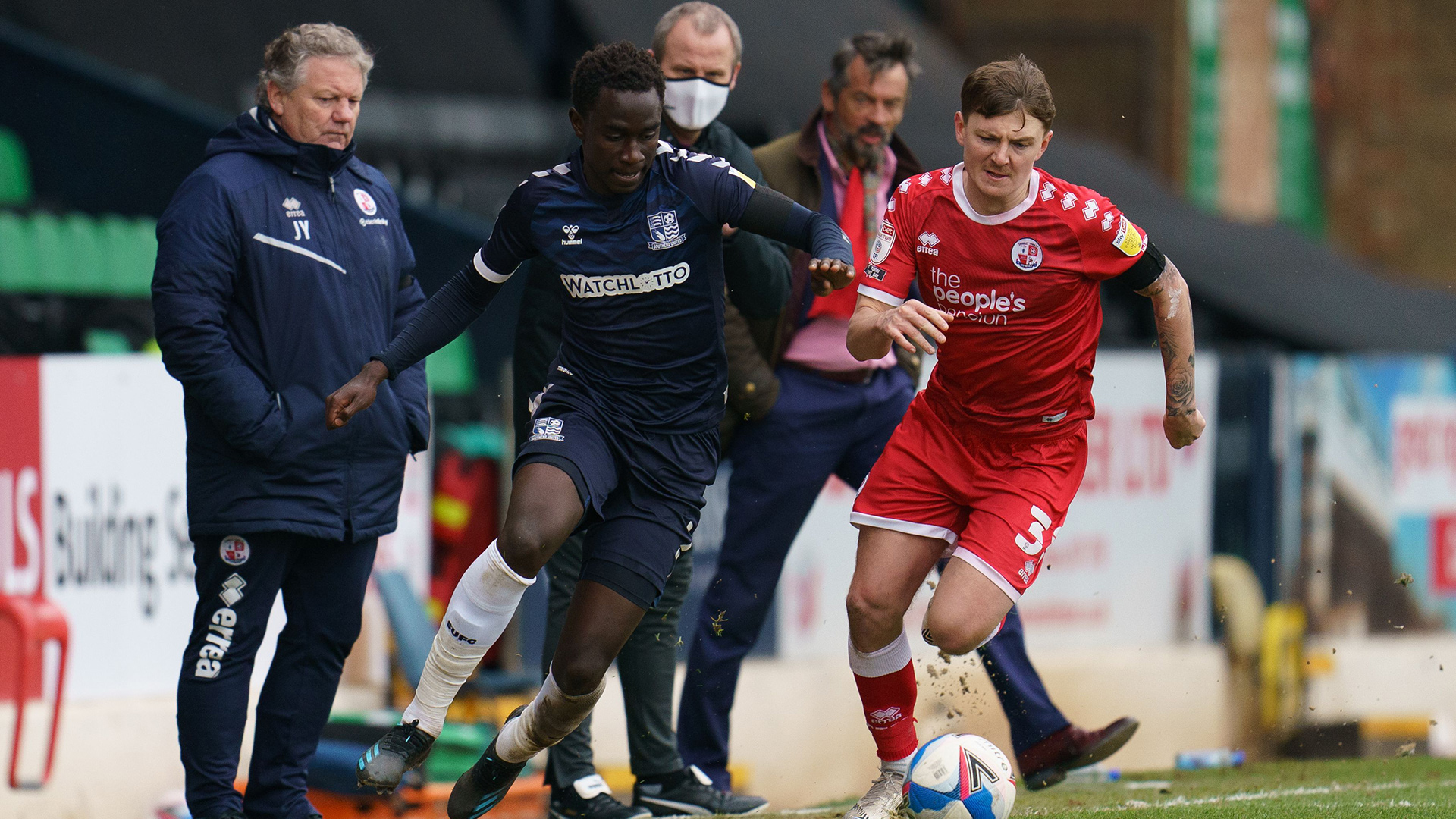