The Blues of Southend United welcome the Blues of Carlisle United to Roots Hall tomorrow afternoon (1pm kick-off) for the first game of an Easter double-header.

With everyone else in League Two playing today on Good Friday, Blues will be playing catch-up on their relegation rivals but will hope to be able to either maintain or close the gap further to safety.

The win over Harrogate last weekend had closed the gap to three points and Mark Molesley and his side will be desperate to build on that win with another maximum against the travelling Cumbrians.

Last weekend’s 1-0 win against Harrogate ended a run of seven games without a win for Blues, stretching back to February 24th when Southend overcame Forest Green.

Victory in North Yorkshire meant that Blues are now unbeaten in their last four after draws against Stevenage, Scunthorpe and Walsall, with Southend only losing one of their last six.

Carlisle beat Crawley in midweek to end a four-game winless run which had seen the Cumbrian’s lose all of their previous three against Cambridge, Leyton Orient and Stevenage.

A quick-fire double earned Carlisle a 2-0 win against Southend in front of 1,000 fans at Brunton Park when these two sides last met back in September.

In just one of seven games that were piloting the return of fans, Omari Patrick’s deflected effort set the Cumbrians on their way with Josh Kayode driving in a low effort three minutes later.

"They have a very dangerous front three. They were flying at the start of the season, but as everyone in ‘Covid season’ – apart from Man City – everyone’s had a bit of a stumbling block at some point in the season.

"They won again in midweek and have undoubted quality. They put the ball in your box a lot, they’ve got players who attack and get plenty of shots off, so we’ve got to be really on our guard.

"They’re one of the strongest attacking teams in the division so it’s going to be another tough challenge but one we’re relishing and can’t wait for."

Captain John White will be absent on Saturday after picking up an arm injury on the stroke of half-time against Harrogate which is expected to keep him out for a couple of weeks.

Blues will continue to be without Sam Hart and Timothee Dieng, both of whom are suspended. Hart has two games remaining on his ban while Dieng will be serving the last of his two-game suspension.

Reeco Hackett-Fairchild is back in contention though after missing the trip to Harrogate with a back problem, with the midfielder returning to training this week.

Striker Offrande Zanzala has impressed at Carlisle since joining from Crewe in January and will certainly pose a big threat tomorrow afternoon.

The Congolese frontman started hitting his stride last month when the 24-year-old scored three goals in three games against Grimsby, Bradford and Mansfield.

All three goals were poachers finishes from in and around the six-yard box so Blues can ill afford to give him any space to pounce inside the penalty area tomorrow.

Alan Young will be in charge of proceedings this weekend, being assisted by Louis Marks and Andy Bennett, with Matthew Lee sitting in as the fourth official.

Young has officiated 26 games so far this season, showing an average of over four yellow cards a game having shown a total of 112 yellows so far this campaign but just the two reds.

It’ll be Young’s first visit to Roots Hall since January 2020 – a 0-0 draw against Tranmere – and his second Blues game of this season having reffed the Papa John’s Trophy tie with Colchester.

With fans not able to attend Roots Hall in person, Blues supporters can watch tomorrow’s game with Carlisle by picking up a Match Pass on iFollow Blues for £10.

Southend suffered a 2-0 defeat to Carlisle thanks to goals from Offrande Zanzala and Gime Toure on an afternoon where Simeon Akinola missed from the penalty spot for Blues at Roots Hall.

Zanzala fired the visitors in front in the 17th minute when he picked off a ball forward, carrying it to the edge of the area before drilling a low strike into the bottom corner to give the Cumbrian’s the ideal start.

Southend had the chance to level before the interval though when Akinola won a penalty after being felled inside the area by Callum Guy, but the striker couldn’t convert from 12-yards as he saw his spot-kick saved by Paul Farman.

And Carlisle would make Blues pay as they doubled their advantage with a little over 10 minutes remaining as substitute Toure curled the ball into the back of the net from the edge of the box, just five minutes after his introduction from the bench.

It was another disappointing afternoon at Roots Hall for Blues whose struggles at home continued, ahead of a tough trip to promotion-chasing Morecambe on Tuesday night.

After yesterday’s round of League Two fixtures had left Southend five points adrift of safety and with games running out, this afternoon was huge for Blues who were hoping to build on their battling 1-0 win against Harrogate last weekend.

Mark Molesley was forced into making two changes from that win last week with both John White and James Olayinka missing through injury, being replaced by Tyler Cordner and Reeco Hackett-Fairchild with Jason Demetriou picking up captains armband.

Despite the visitors sitting in 14th coming into this afternoon, the Cumbrian’s still harboured hopes of sneaking into the play-offs and they were unchanged from their midweek win against Crawley, and they began the brighter of the two sides at Roots Hall and would take an early lead.

Just 17 minutes in, Carlisle’s dangerman Offrande Zanzala beat Cordner to a floated ball forward before carrying it to the edge of the penalty area and firing it low and hard beyond Mark Oxley and into the bottom corner to put the visitors in front.

Southend arguably hadn’t got going up until that point but they were awarded a golden opportunity to level before the interval when Callum Guy brought down Simeon Akinola in the penalty area, with referee Alan Young immediately pointing to the penalty spot.

Akinola took up the mantle of taking the spot-kick but failed to convert from 12-yards as goalkeeper Paul Farman guessed correctly and got down to his left to keep out the Southend striker’s effort and ensured that Carlisle went into the break with a 1-0 lead.

Carlisle had a couple of good opportunities to double their advantage early in the second-half when Jon Mellish got through after a slip from Jason Demetriou, forcing a smart save out Oxley, before Omari Patrick got away from Cordner and Shaun Hobson only for his shot to be blocked.

Southend had created precious little in front of goal but they did have the ball in the back of the net on the hour mark when Tom Clifford’s free-kick was cushioned home by Akinola, but the linesman’s flag had been up for some time, ruling the goal out for offside.

Carlisle boss Chris Beech brought Gime Toure on with a quarter of an hour remaining and within five minutes of his introduction he’d effectively killed the game off for Southend as he scored to double the Cumbrian’s advantage.

Receiving the ball on the edge of the area with his back to goal, Toure spun and curled the ball beyond a motionless Oxley and into the bottom corner to put the visitors two to the good and secure a second straight win for the visitors. 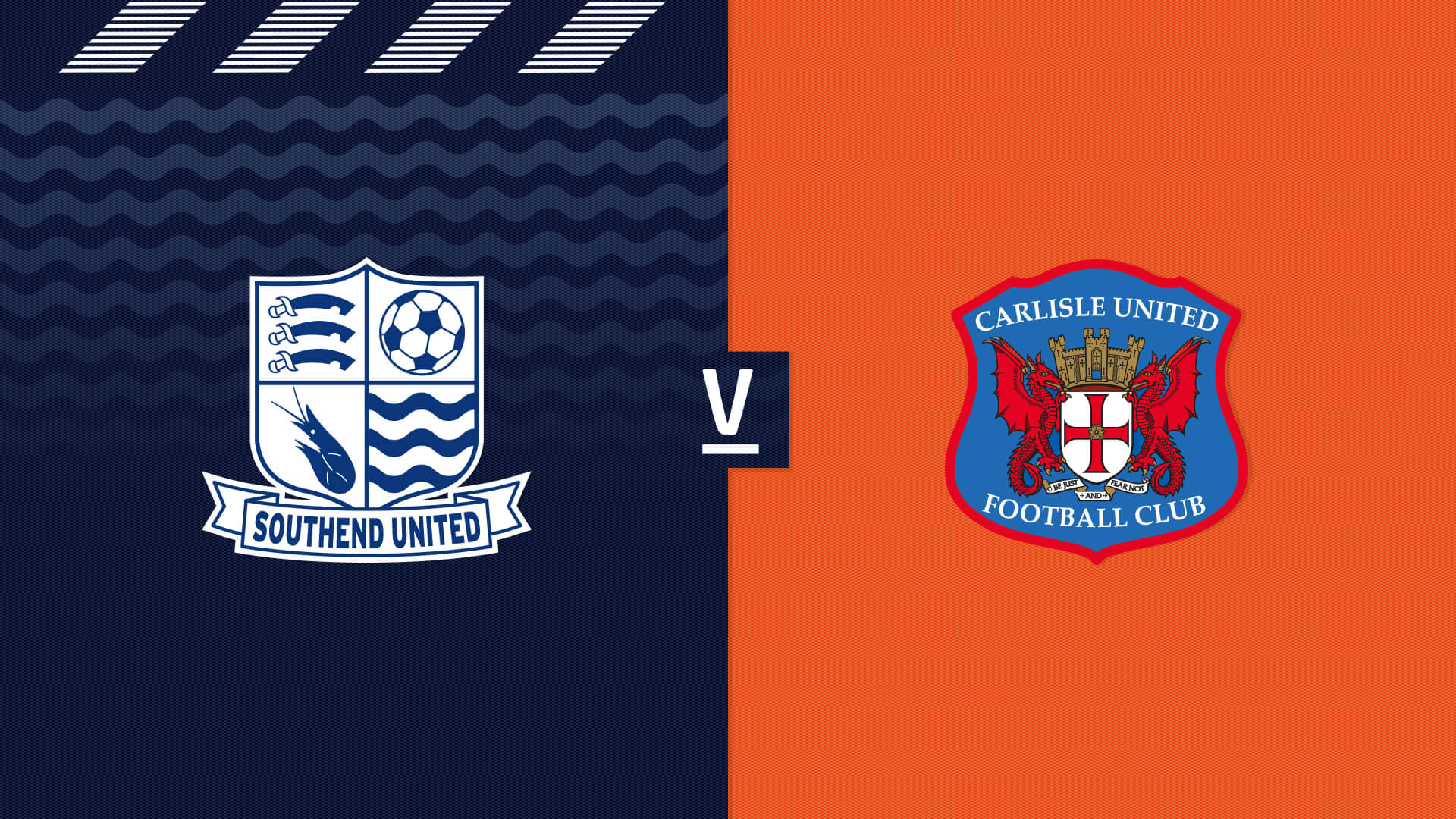 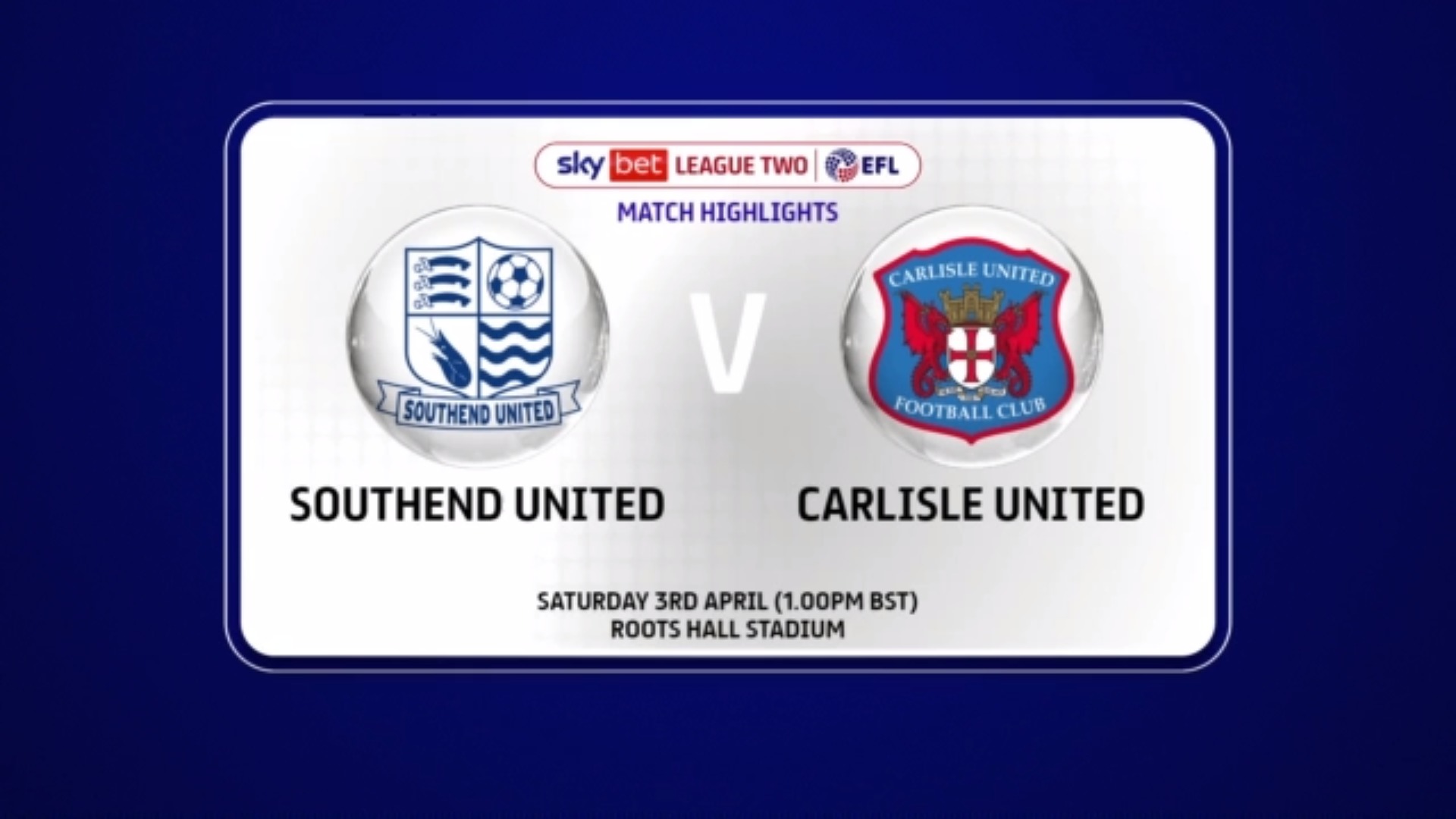 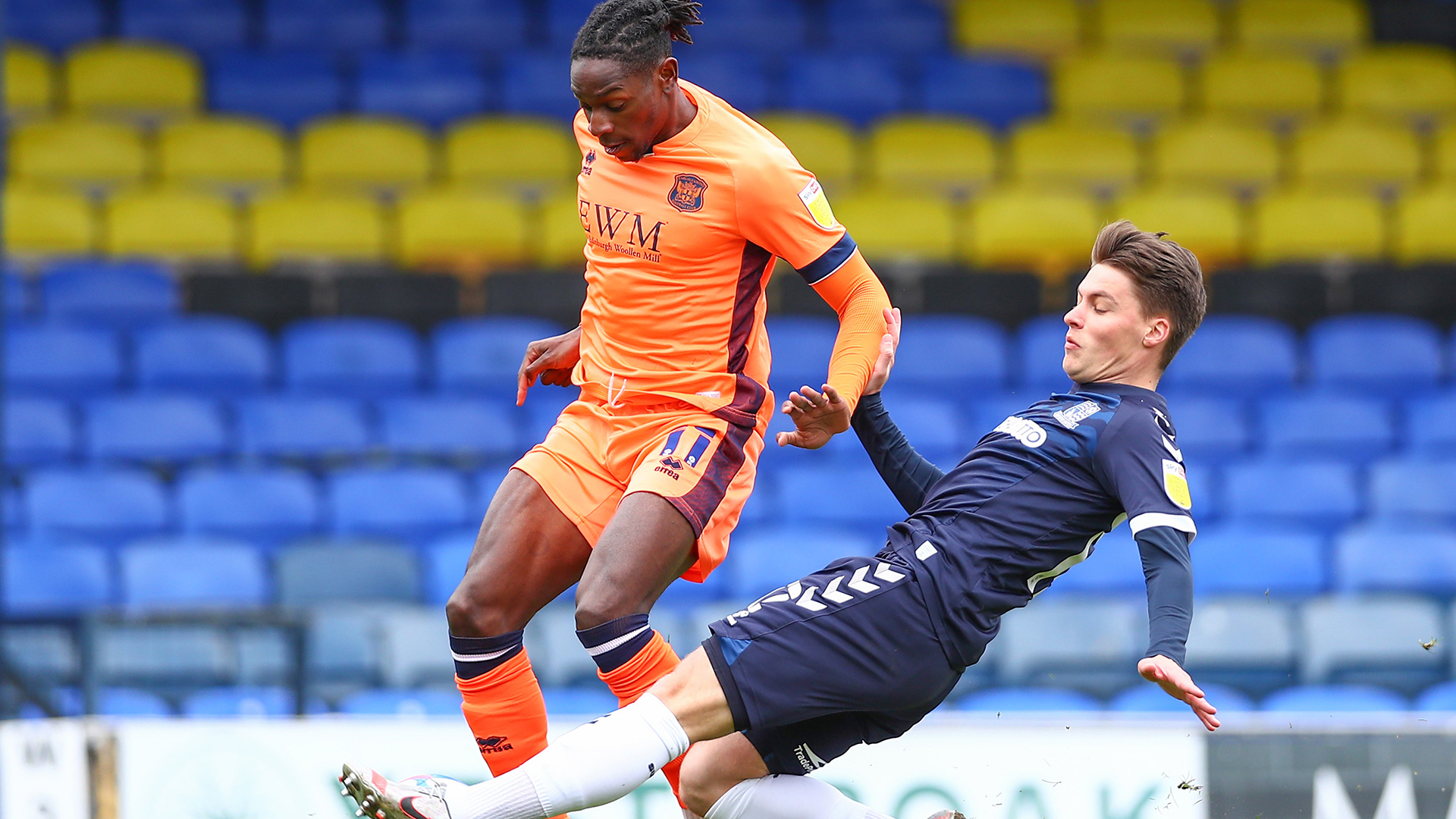