Southend United make the long trip to the Mazuma Stadium this evening as they travel to take on promotion-chasing Morecambe in League Two action (6.30pm Kick-Off).

With Blues trying to cling on to those above them and Morecambe just two points from an automatic promotion spot, the three points on offer are of huge significance to both sides.

But Morecambe are Southend’s ultimate bogey club with the Shrimps winning 10 and drawing one of their 11 league meetings to date, so history will need to be made if Blues are to come out on top.

Defeat to Carlisle on Saturday ended a four-game unbeaten run for Blues with their last defeat before the weekend coming against Tranmere Rovers towards the start of March.

Between those two defeats, Southend had drawn three in a row – against Stevenage, Scunthorpe and Walsall – before beating Harrogate 1-0 away from home.

Morecambe fell to a 2-1 defeat at Cambridge on Good Friday but have won three of their last six, claiming victories against Carlisle, Harrogate and Cheltenham.

Morecambe come from behind to claim victory at Roots Hall the last time these two sides met back in September, with goals from Aaron Wildig and Adam Phillips completing the turnaround.

Emile Acquah put Blues in front with his first senior goal after just five minutes, but Wildig levelled 10 minutes after the restart before Phillips completed a Morecambe counter-attack to seal the win.

“We’ve got to react quickly. The games are running out and we’re well aware of the situation, and that’s why it was so bitterly disappointing to see on Saturday that we didn’t get to the heights that we needed to.

“We have to take care of our own business. We didn’t do that on Saturday, so regardless of other people’s results, we’ve got to concentrate and focus on ourselves. It would be nice to be in line with everyone [having to play a day later than the rest of the league], but that is out of our control.

“Saturday was a stark reminder that if you think you can take your eye off any element of our game, you get hurt in this league. We’ve got to be spot on in every aspect and be the very best we can in every aspect that we look for. We’ve got to have complete performances from everyone now and show every characteristic.

“Morecambe will be a big challenge. They’re a play-off team that are pushing and it’s tight up there. Both teams have got everything to play for and it’s going to be a really tough game.”

Mark Molesley is waiting to hear the result of James Olayinka’s scan before deciding if he will travel to Morecambe this evening after the Arsenal-loanee missed the Carlisle game with a groin injury.

Blues will almost certainly though be without the experience of midfielder Alan McCormack who limped off during the first-half of Saturday’s game with a calf injury.

However, Timothee Dieng is available again for selection after completing a two-game suspension, while Sam Hart has one game left of his three-game ban for a red card against Walsall.

Carlos Mendes-Gomes currently leads Morecambe’s scoring charts for the season and will undoubtedly pose one of the Shrimps’ biggest threats this evening.

The winger is into his third season with the club but has totted up more appearances this season than in his previous two combined, which is a clear indication of his growing importance to the side.

And with 12 goals and three assists to his name this season, he’s combined his flair with a clinical edge, often cutting inside from the wing and causing damage to opposition defences.

Scott Oldham is the appointed referee for tonight’s clash at Morecambe, being assisted by Daniel Woodward and Paul Graham, with Gary Hilton the fourth official for the evening.

Oldham has overseen 26 matches across the course of this season, only showing 51 yellow cards and no reds, with his last match being Oxford’s 2-1 win against Lincoln on Good Friday.

Tonight will be Oldham’s second-ever Blues game, with his one and only Southend game to date being the 1-1 draw with Crawley in the Emirates FA Cup First Round back in November 2018.

With fans unable to attend matches in person, Blues fans can watch tonight’s clash with Morecambe by picking up a Match Pass for iFollow Blues for £10.

For more information on how you can get your Match Pass for iFollow Blues and ensure you miss none of the action at the Mazuma Stadium, click here.

Blues managed to pick up a hard-earned point away at promotion pushing Morecambe, as an incredible strike by Cole Stockton cancelled out Timothee Dieng’s first-half opener.

Southend travelled to the Mazuma Stadium in desperate need of three points against Morecambe following results over the Easter weekend.

Blues started the better of the two sides and took a deserved lead following a lengthy spell of pressure just after the quarter of an hour mark, following a superb whipped cross by Elvis Bwomono from the right-wing which was met by Timothee Dieng who thumped his header into the top corner at the near post.

On the 25-minute mark, Blues went close again, as a Nathan Ferguson free-kick from around 25-yards out stung the palms of Kyle Letheren in the Shrimpers goal.

The home side started to get into the game, as a long ball up the pitch on the half-hour mark fell to Cole Stockton on the edge of Blues area which saw the former Tranmere Rovers man turn and drag a shot wide of Mark Oxley’s goal.

The second half started with neither team taking control of the match, although from a failed Blues clearance five minutes into the second half, the hosts recorded their first effort on target through Stockton, as the Morecambe striker cut inside from the left-wing and had a shot that stung the palms of Oxley at the near post.

Ten minutes into the second-half Morecambe found an equaliser through Stockton, as a right-wing cross was headed away to the edge of the area, which Stockton met and buried a first-time volley straight into the bottom right-hand corner of Blues goal.

Morecambe went close to taking the lead in the 65th minute as a cleared corner from the right-hand side was headed out to Aaron Wildig who’s shot whistled narrowly over the crossbar.

Just moments later, Blues sprung a good counter-attack as Shaun Hobson picked out Dieng on the edge of the Morecambe penalty area who chested down the pass and fired towards goal which forced a save out of Letheren.

The second-half petered out with no real chances despite both sides going for the winning goal.

Mark Molesley’s men will be looking to go again when they play Crawley at Roots Hall on Saturday. 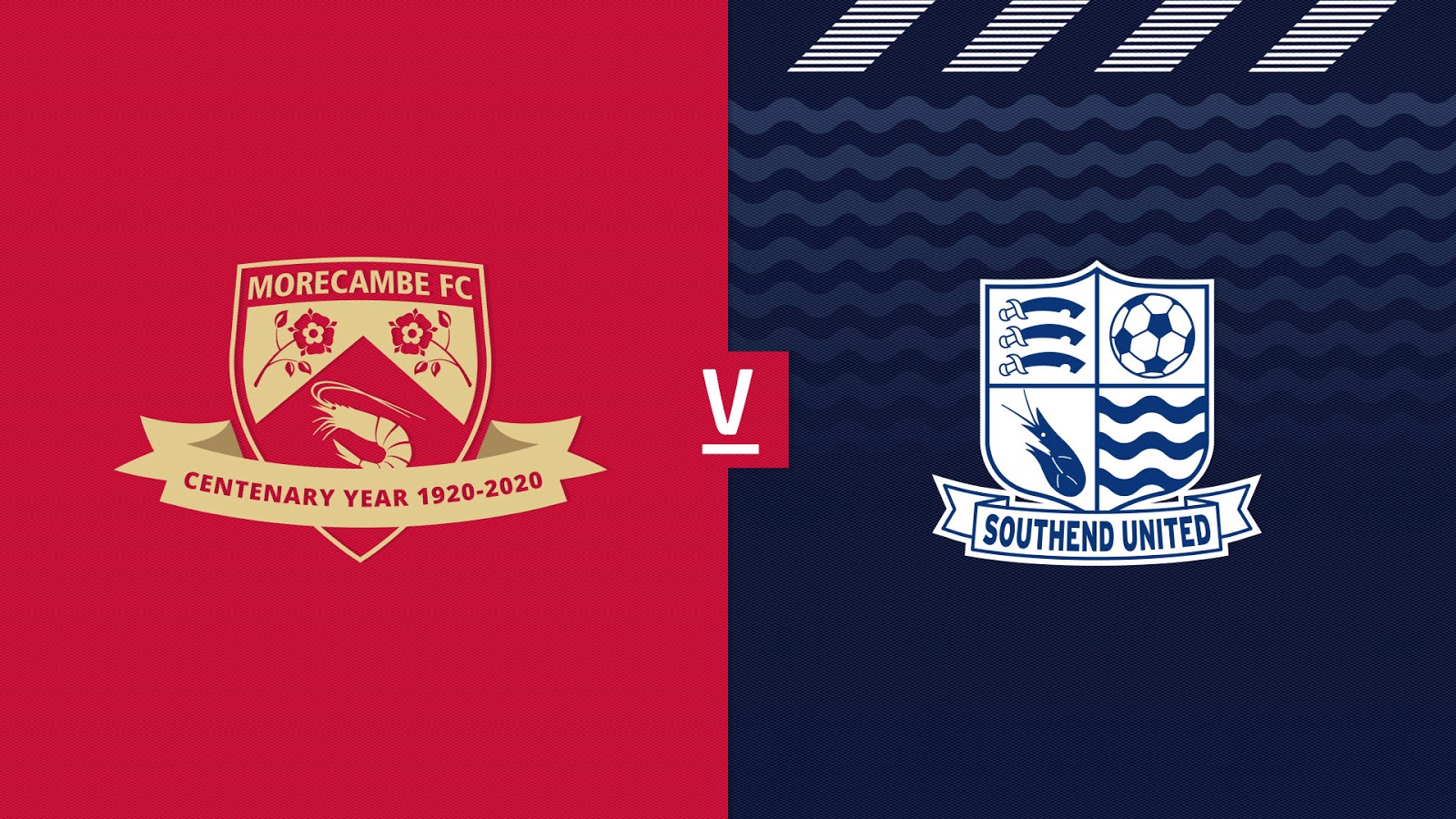 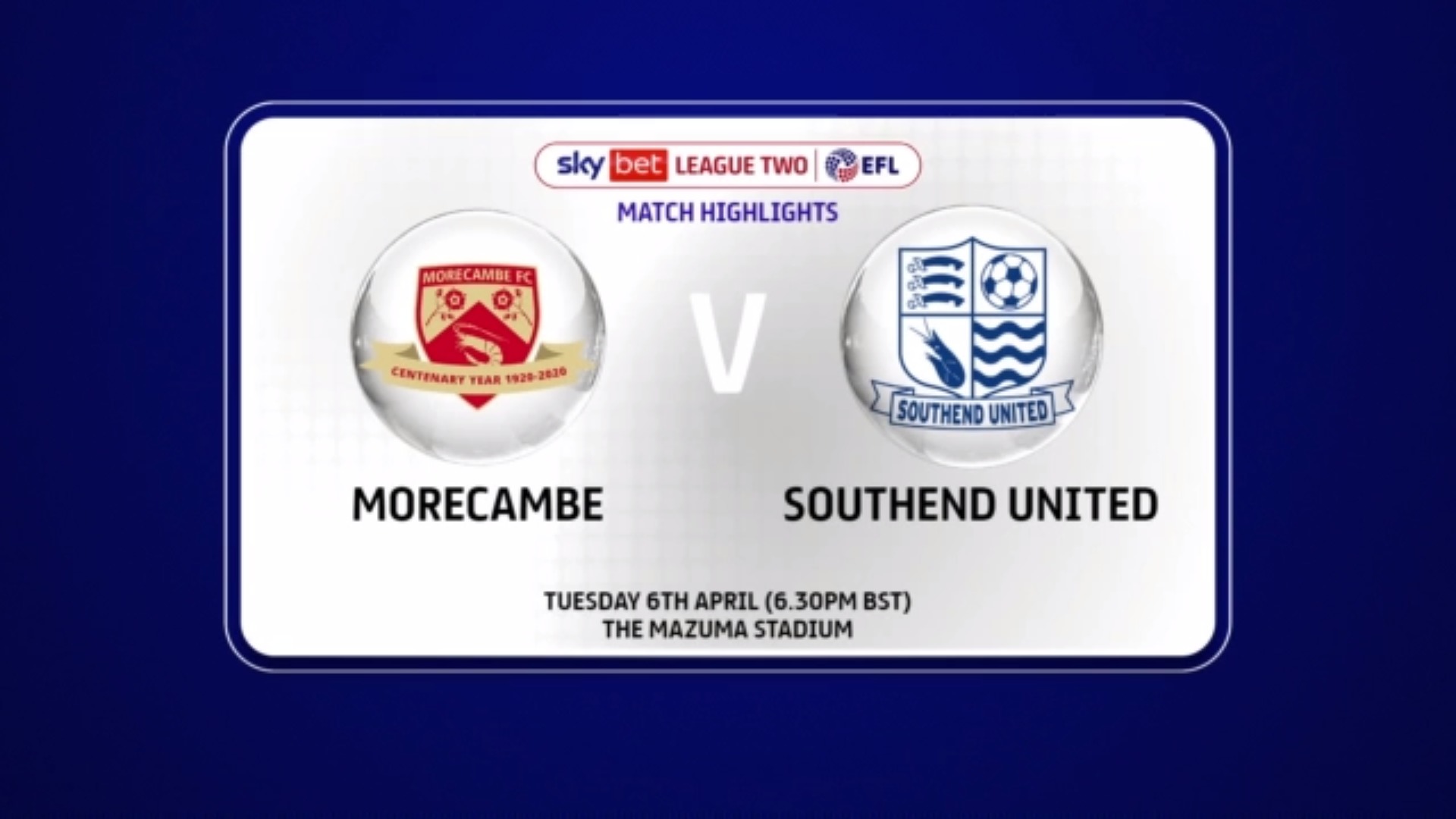 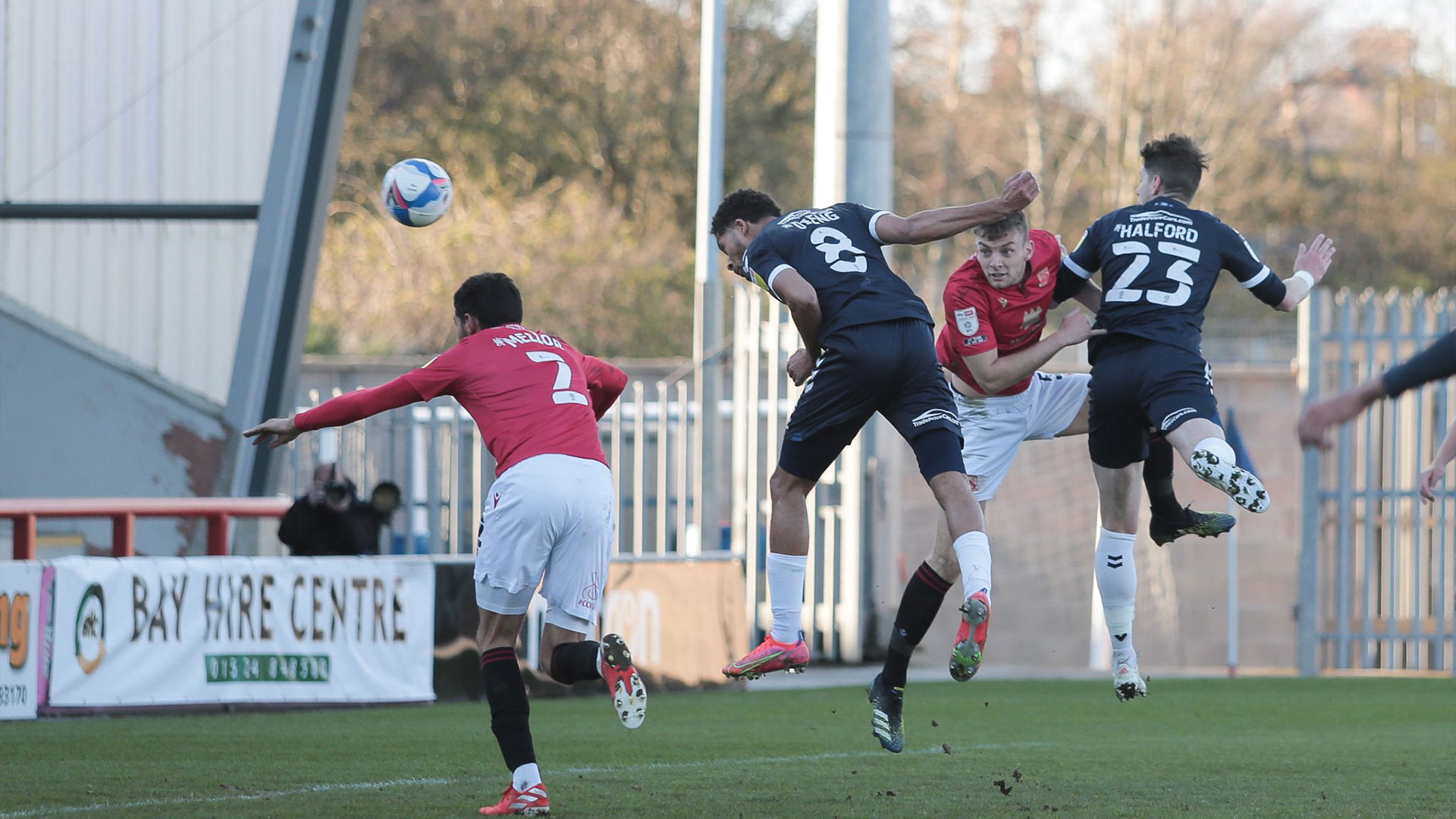