There have been 77 competitive meetings between Southend United and Colchester United since their first clash in 1950 but the 78th edition of this Essex rivalry is arguably the biggest of the lot.

It’s a game that, simply put, Blues cannot afford to lose. Defeat for Phil Brown’s side would leave them nine points adrift of Colchester and safety with just nine more points to play for.

And with the Blues boss himself describing the game as the biggest in the club’s history in the build-up, there is no hiding from the magnitude of the occasion at the JobServe Community Stadium.

Saturday’s draw against promotion-chasing Exeter was Blues’ third draw in succession, following on from the draws with Crawley and Morecambe.

Southend have become quite the draw specialists with nine of their last 15 games ending in a share of the spoils, and in their last six matches Blues have won one, drawn four and lost just once.

Colchester’s win over Walsall on Saturday was just their second win of 2021 and their only win from their last six which includes three draws and two defeats.

Akinola headed in Sam Hart’s free-kick to put the home side in front after just 10 minutes with Dieng firing in a second to double Southend’s advantage midway through the first-half.

“In our history, it’s going to be the biggest challenge and the biggest game. The game on Saturday wasn’t the result that we were looking for so Colchester have put a bit of space between us again.

“We’re going into that in the full knowledge that we must win four games. If we can get to 50 points it brings a whole new scenario to the ballpark. I’m not convinced everyone above us in the 40’s are safe, but they might be in a better situation than we are that’s for sure, so psychologically they’re going into games thinking if they win they might be safe. Bottom line is, we need to win this game or it could be the end of a great era.”

Timothee Dieng, who scored the last time these two sides met, will be unavailable this evening as he continues his recovery from a hamstring injury picked up against Crawley.

Blues are waiting to hear the extent of Tom Clifford’s thigh injury that saw him pull out during the warm-up at Exeter, with Sam Hart ready to deputise once again after impressing on Saturday.

Alan McCormack recovered sufficiently to make a brief substitute appearance at the weekend, with the experienced midfielder likely to be pushing for a start this evening.

Should he be fit tonight, Callum Harriott will undoubtedly pose a huge threat to the Southend defence with the former Reading and Charlton man the U’s top scorer this campaign.

Harriott limped off at half-time during their win against Walsall on Saturday so is a doubt, but he’s proven to be a real asset to Colchester this season with nine goals and five assists to his name.

And when Harriott scores, good things happen for the U’s who haven’t lost any of the eight games the Guayana international has scored in, with his last goal coming in a 1-1 draw with Barrow.

Tonight’s crunch Essex Derby will be officiated by Kevin Johnson, with Anthony Da Costa and Scott Williams the assistants and Declan Bourne the fourth official.

Johnson has been in charge of 24 games so far this season, showing a total of 71 yellow cards and four reds, with his last match being the April 10th clash between Cambridge and Exeter.

It’ll be Johnson’s first visit to the JobServe Community Stadium since April 2018 and his second Southend game of the campaign having overseen the 2-2 draw with Exeter in October.

With fans unable to attend matches in person, Blues fans can watch tonight’s clash with Colchester by picking up a Match Pass for iFollow Blues for £10.

For more information on how you can get your Match Pass for iFollow Blues and ensure you miss none of the action at the JobServe Community Stadium, click here. 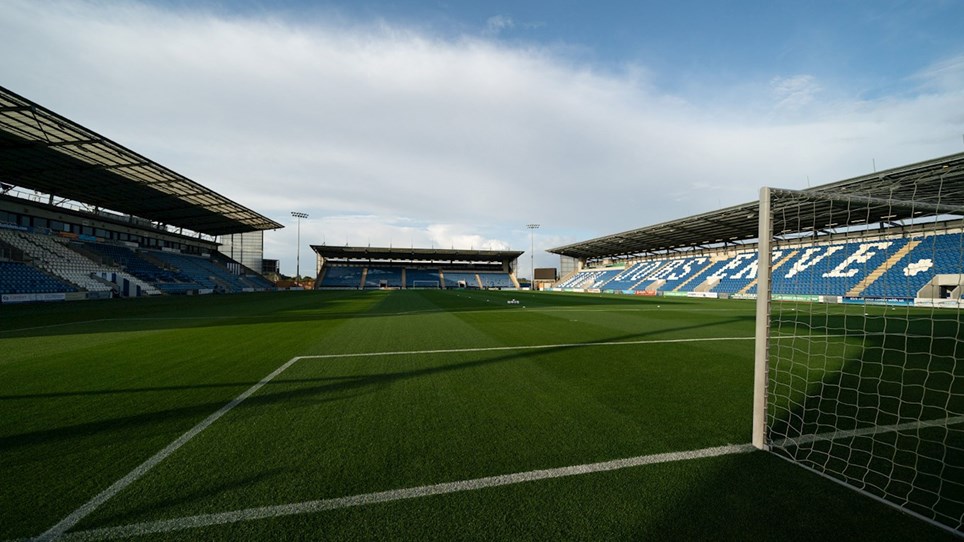 Blues fell to a 2-0 defeat and ended the game with 10 men against Colchester United with goals from Michael Folivi and Harry Pell the difference at the JobServe Community Stadium.

After a quiet opening half an hour, an error from Mark Oxley was punished by the home side after Pell's effort was parried into the path of the onrushing Folivi who tapped home the opener.

A few minutes later and Pell doubled Colchester’s lead by smashing the ball in from inside the penalty area after Callum Harriott’s corner had fallen fortuitously for the U’s captain to put his side 2-0 in front before the break.

Southend were unable to muster a response in the second-half and ended the game with 10 men after a rash challenge from Jason Demetriou on Pell resulted in a straight red card being brandished by referee Kevin Johnson.

Defeat for Phil Brown’s side leaves them eight points adrift of Barrow and safety in League Two with just nine points left on offer from their final three games of the season, while Colchester’s second straight win has effectively guaranteed their safety.

In the lead up to the game, Blues boss Phil Brown had described the clash between the two Essex rivals as a must-win for his Southend side, knowing that defeat to the U’s could all but spell the end of Blues’ stay in the Football League with three games remaining.

And having put in a positive display against promotion-chasing Exeter on Saturday, Brown made just the one change to the side that drew 0-0 down in Devon with Brandon Goodship leading the line up-front in place of Simeon Akinola.

A handful of hours after Southend had drawn at St. James Park, Colchester picked up a vital three points at home to Walsall, so, unsurprisingly, Hayden Mullins named an unchanged Colchester starting line-up.

Unlike most of the 77 previous derby games between these two, this one took a while to get going with the first shot in anger at either end coming when Callum Harriott tested Mark Oxley with a low shot from the edge of the area.

Oxley dealt with that effort well but he was caught out moments later by another long-range effort as Colchester took the lead. This time, Harry Pell’s shot in the 30th minute was too hot to handle for the Blues number one and Michael Folivi profited to tap home.

It was a moment to forget for Blues, but there was little Oxley could do about the home side’s second seven minutes later. Harriott’s corner from the left fell perfectly for Pell to run onto and smash the ball in from inside the box.

Southend had a mountain to climb now if they were to pick up a result and they could have given themselves some hope going into the break if Jason Demetriou had found the target with his effort in first-half stoppage time which ended up being sliced harmlessly wide.

Despite showing some urgency after the interval, Blues could barely lay a glove on the home side in the second-half with the best they could muster a long-range effort from Reeco Hackett-Fairchild that wasn’t troubling Shamal George’s goal.

And things only went from bad to worse for the visitors as frustrations boiled over to the point where Demetriou’s rash challenge on Pell inside the centre-circle was immediately punished with a straight red by referee Kevin Johnson with 20 minutes remaining.

That was to be the final action of note on the night as Colchester happily played out time to secure a second straight win, while Blues know that anything less than a win against Leyton Orient on Saturday will spell the end of their stay in the Football League. 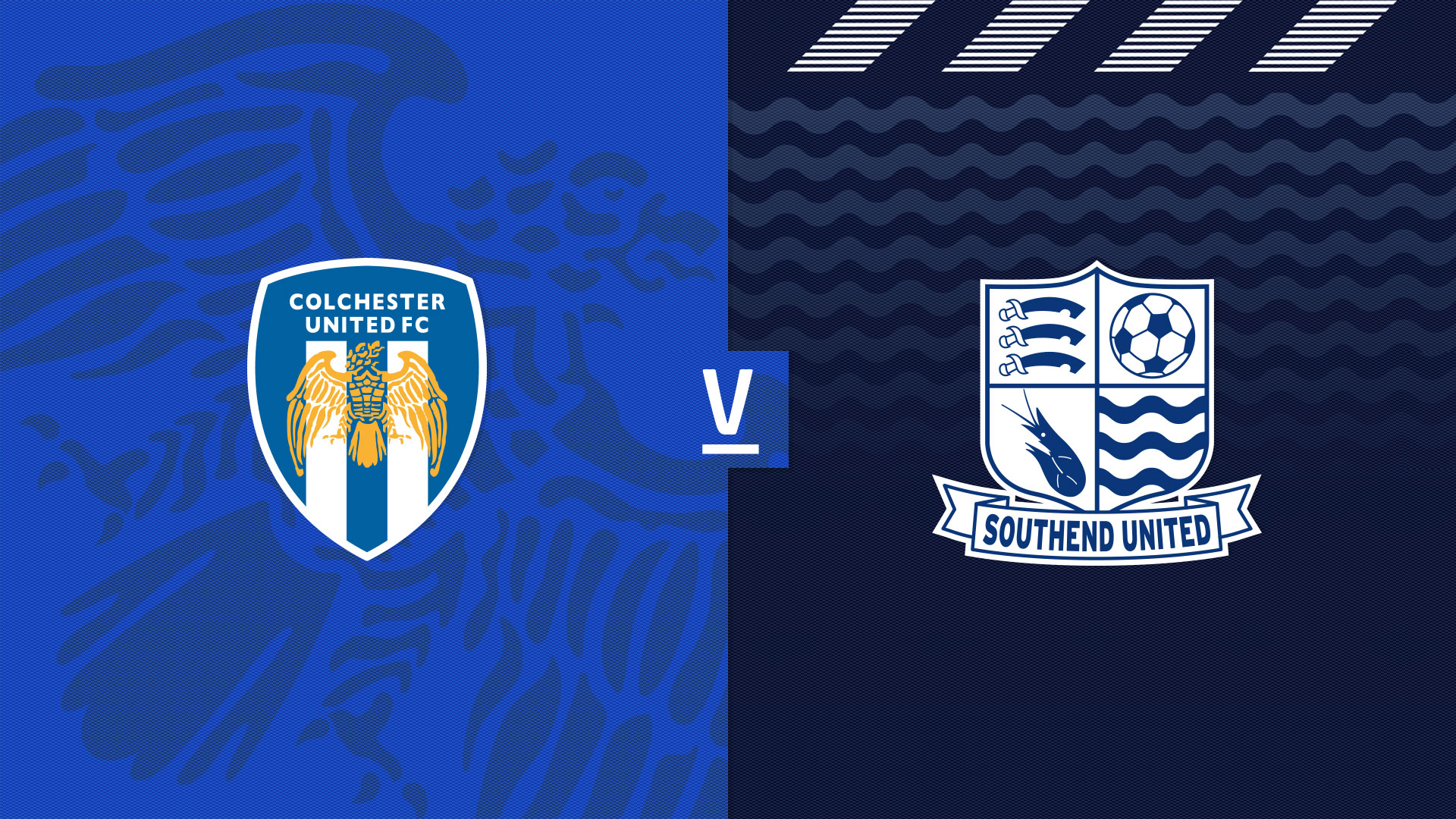 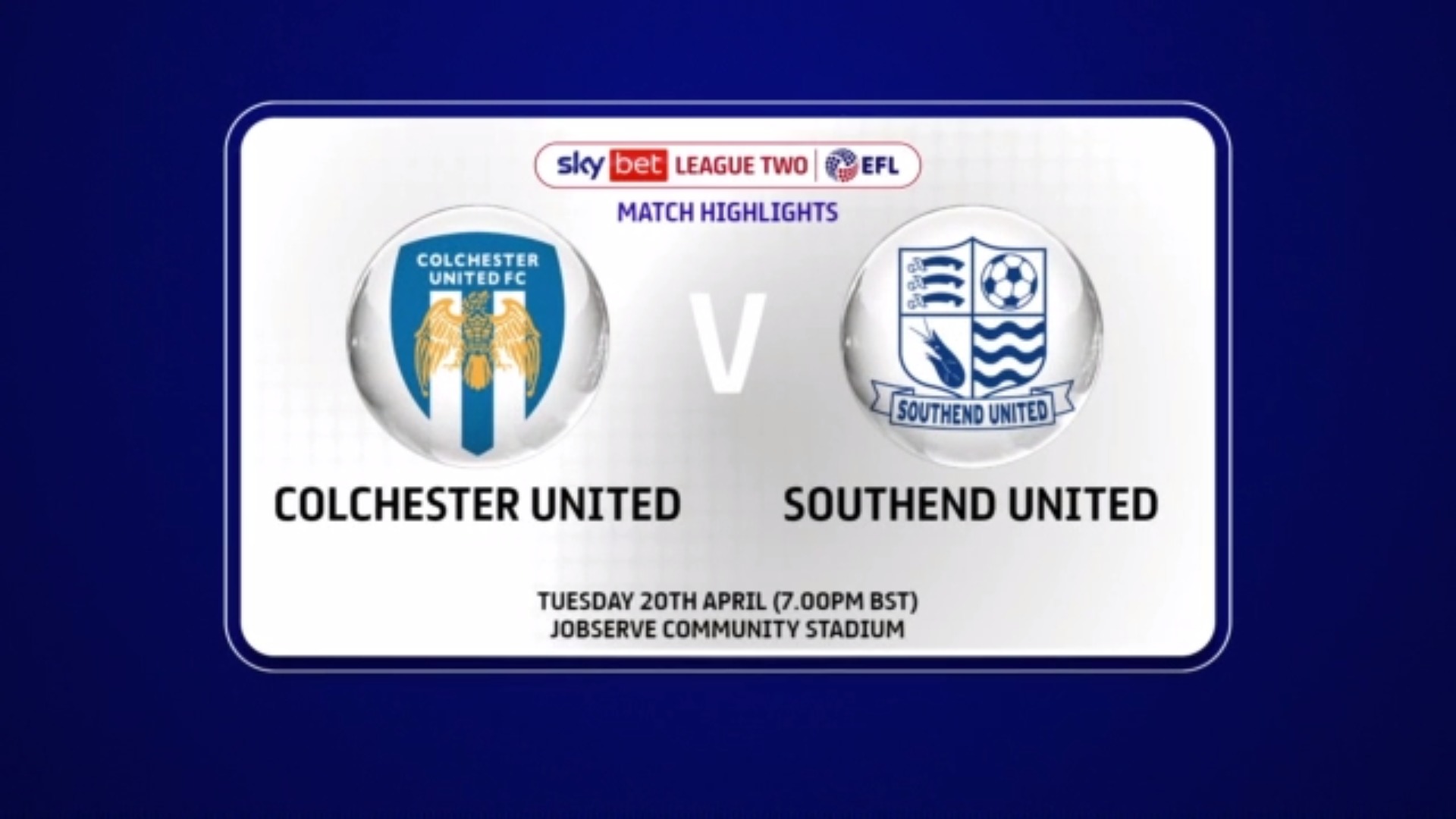 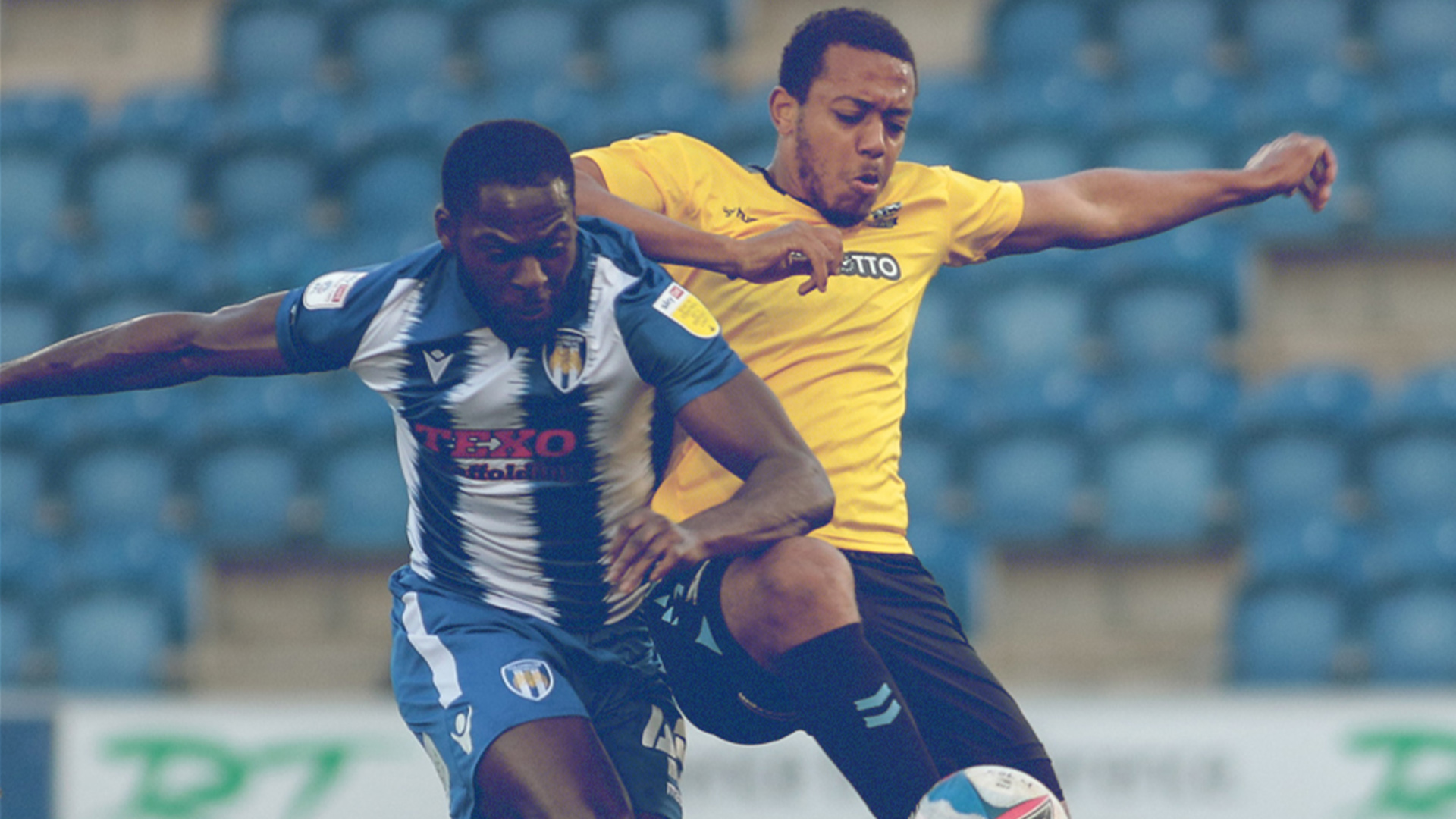