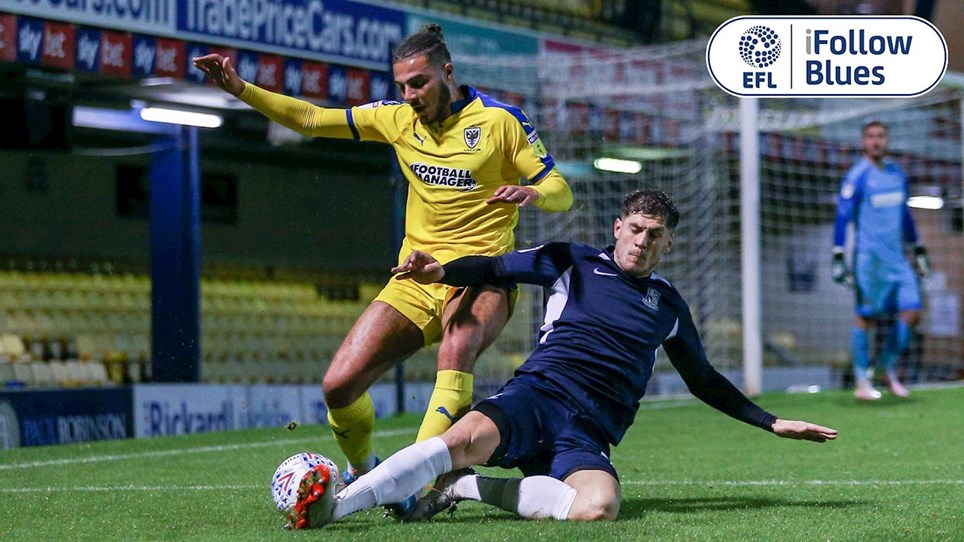 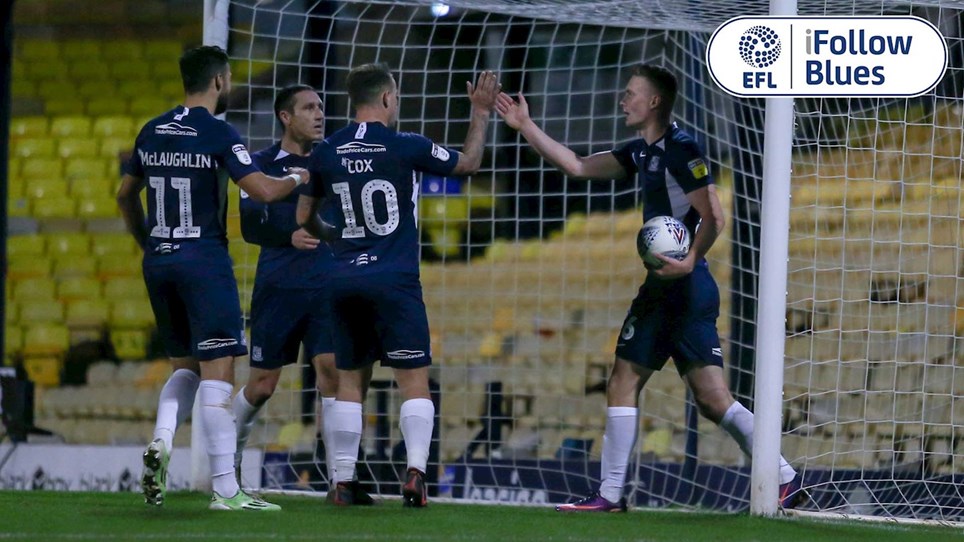 Southend picked up their first win under Sol Campbell with goals from Nathan Ralph, Ethan Hamilton and Tom Hopper securing a 3-1 win over AFC Wimbledon at Roots Hall in the Leasing.com Trophy.

Blues made five changes from the side that lost to Dover in the Emirates FA Cup on Sunday and the home side made a bright start against a youthful-looking AFC Wimbledon side.

Stephen McLaughlin sent a fizzing effort towards goal that was parried by Joe McDonnell inside two minutes before Simon Cox chanced his arm from a similar distance to force another save.

After a lively start, things settled down before Southend opened the scoring midway through the first-half with Nathan Ralph scoring a fine first goal in a Blues shirt.

A free-kick from McLaughlin was headed out to the full-back who lashed a first-time volley with his weaker right foot beyond McDonnell from 20-yards out to put Sol Campbell’s side in front.

Unlike Southend, the visitors still had a chance of making the last-32 of the competition, needing a win or a bonus point draw to usurp Leyton Orient and advance to the next round.

And Wimbledon would put themselves back in with a chance of the knockout stages in fortuitous circumstances 10 minutes after going behind with Tommy Wood levelling for Dons.

A Wimbledon corner would make its way out of Jack Madelin whose shot was blocked by Elvis Bwomono only for the ball to ricochet off Wood and beyond Nathan Bishop.

Southend though would restore their lead right on the stroke of half-time as Ethan Hamilton grabbed his first goal for the club, finishing off a well-worked move by the home side.

Ralph’s strong challenge saw the ball run kindly for Mark Milligan who had space to push forward, cutting the ball back to Hamilton who calmly stroked the ball in as the first-half came to a close.

Southend had a third goal disallowed shortly after the interval as Bwomono’s cross-shot was tapped in from close range by Emile Acquah only for the offside flag to rule it out for the home side.

Blues continued to push for a third and Cox had a decent opportunity go whistling past McDonnell’s right-hand post, firing a half-volley just wide of the target.

The Blues number 10 then forced a fine save from McDonnell who pushed Cox’s long-range effort wide before McDonnell was called upon again to prevent Rob Kiernan tapping in at his near post.

Wimbledon gradually started to get a foothold in the game and created a couple of openings to grab an equaliser without ever really testing Bishop in the Blues goal.

But any hope the Dons had of forcing an equaliser and a chance at a bonus point was ended when Southend broke through for a third time of the evening as Campbell’s two substitutes combined.

Brandon Goodship’s cross in towards the six-yard box picked out his fellow strike partner Tom Hopper who diverted the ball into the back of the net to all but secure Southend the win.

Wimbledon could have made things interesting though if they’d grabbed one back and they thought they’d gone within a goal of Blues when Wood nodded in only for a late offside flag to cancel it out.

That proved to be their final salvo in a losing effort for the visitors as they were knocked out of the competition along with Southend who recorded their first win under new boss Campbell.

Tickets for Blues' match against AFC Wimbledon on Wednesday 13th November are now on sale.

The Fairfield BMW East Stand is the only stand available for this game, with home fans being seated in the Green section of this stand.

Prices for this fixture are as follows:

Please note that the Season Card Holder prices will not be available on the day of the game.

Season Card holders have from Wednesday 16th October until Tuesday 22nd October 5pm to claim a seat for the fixture. (East Green SC Holder seats are reserved during this period)

All of the unclaimed East Stand SC seats will then be released to other Season Card holders from Wednesday 23rd October and they will have until Wednesday 30th October 5pm to claim these.

General tickets will go on sale from 9:30am on Thursday 31st October.