Southend United return to action following a 10-day break as they travel to the Pirelli Stadium to take on Burton Albion this evening in League One.

Blues had a weekend off last weekend following their early exit from the Emirates FA Cup, while Burton ground out a 1-0 win at Oldham on Saturday to make it into the Third Round.

Sol Campbell’s side, therefore, should be the fresher of the two going into tonight’s contest which had been rearranged from mid-November due to Burton’s international call ups.

Defeat by the Yellows extended Southend’s winless run in the league to nine matches with that victory over MK Dons back in September Blues’ sole win in the league so far this season.

Ignoring Burton’s cup exploits, last time out in the league they recorded a fantastic 2-1 win against Sunderland at the Stadium of Light which ended a run of three league games without a win.

Southend grabbed a vital three points in their fight for survival as they put in a gutsy performance to beat Burton Albion 3-2 at Roots Hall with Timothee Dieng’s header proving to be the winner.

The Frenchman nodded Blues 3-1 in front with 13 minutes remaining. Marcus Harness scored late to make for a nervy finish, but Southend managed to hold on for their first win in three months.

Sam Mantom looks set to make a return to the Blues squad, potentially even the starting line-up, as the midfielder returns from a two-month lay-off with a hamstring injury.

Stephen Humphrys is another who’s in line for a place in Campbell’s squad having missed the last five games with a thigh injury, bolstering Blues’ attacking options.

Ethan Hamilton is likely though to miss out with a slight groin problem, while longer-term absentees Charlie Kelman and John White remain unavailable.

Northern Ireland international Liam Boyce is arguably the one for Blues fans to look out for this evening with the 28-year-old striker having scored in his last two for The Brewers.

The experienced frontman scored the winner in last weekend’s Emirates FA Cup tie away at Oldham, four days removed from scoring the winner at Sunderland in a 2-1 win.

Boyce scored the opener for Burton when these sides met at the Pirelli Stadium in October 2018 and he’ll be looking to score in three consecutive matches for the first time since April/May 2017.

Darren Drysdale will take charge of Blues for the second time this season, being assisted by Lisa Rashid and Conor Brown, while Wade Smith fills in as the fourth official.

Drysdale was the man in the middle for Southend’s 4-3 defeat at Wycombe earlier this season and, last time out, he took charge of Tranmere’s Emirates FA Cup win over non-league Chichester City.

So far this campaign, Drysdale has taken charge of 20 matches across League One and Two as well as cup competitions, showing 72 yellow cards and one red.

Burton Albion’s Pirelli Stadium is quite small in stature to some of the grounds in League One but meets the needs of The Brewers who only moved into the ground in 2005.

Made up of three terraced stands and one all-seater stand, those Blues fans making the journey tomorrow will find themselves housed in the corner of the main stand to the right of the dugouts.

For more information on the ground, including info on travel directions, where to park and where to go for a pre-match drink, check out awaygames.co.uk’s guide by clicking here.

Tickets for tonight’s clash came off sale at midday yesterday (2nd December) but will still be available to purchase from the Pirelli Stadium before kick-off.

Tonight’s Sky Bet League One encounter will be available on iFollow Blues and will be streamed LIVE to international and UK Blues fans!

Match passes for the fixture are just £10 in the UK - £5 overseas – and give you the chance to enjoy the game from the comfort of your own home.

To find out more and to purchase a pass click here. 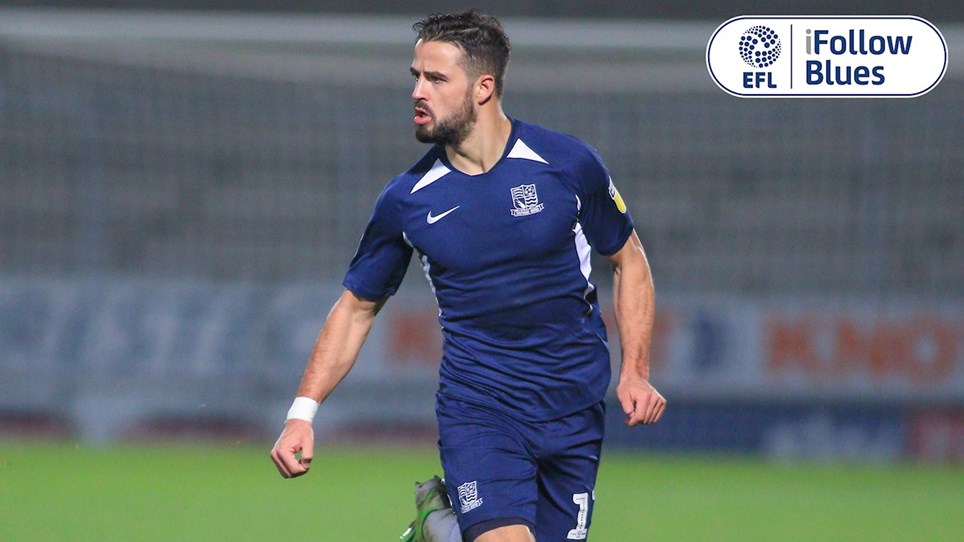 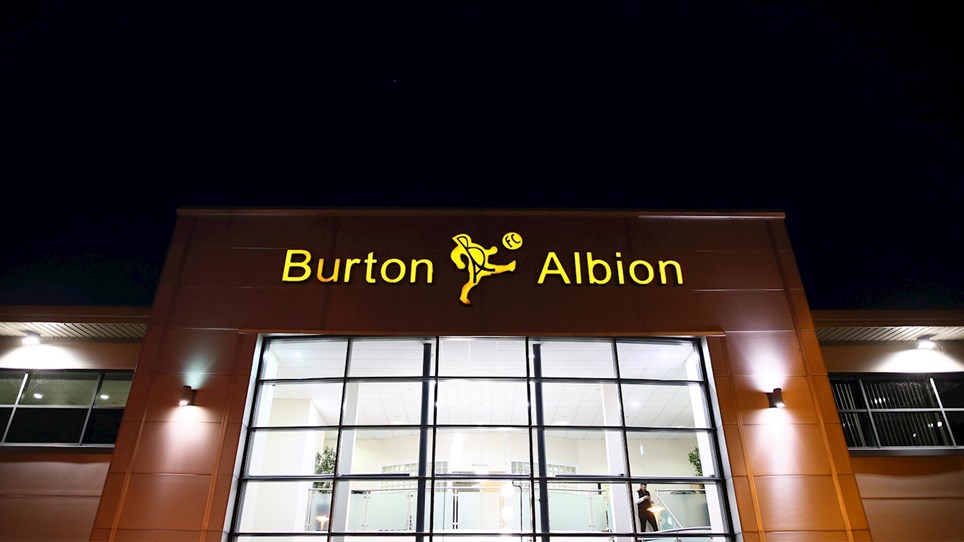 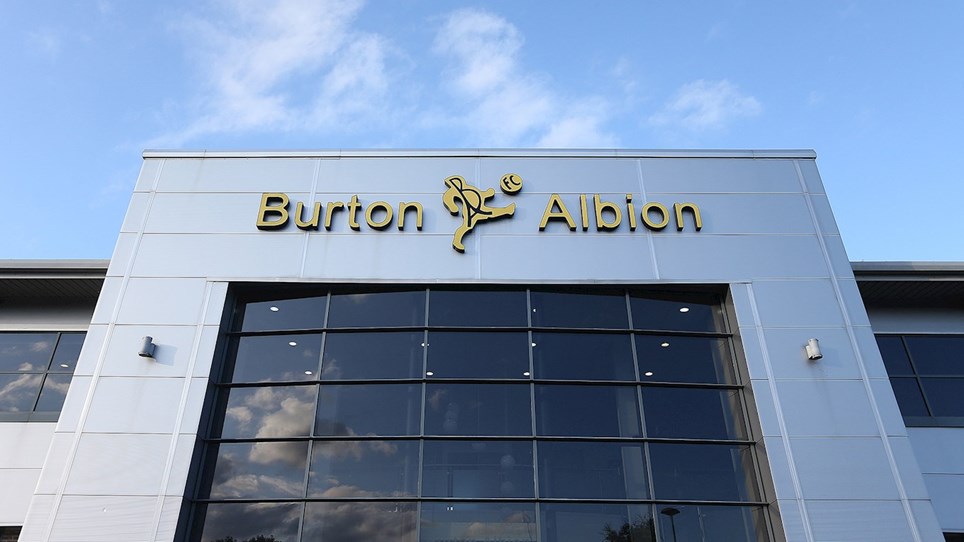 
Southend United's Sky Bet League One encounter with Burton Albion has been postponed due to international call-ups.

Blues picked up their first point under Sol Campbell with a 1-1 draw against Burton Albion at the Pirelli Stadium as Stephen McLaughlin’s goal was cancelled out by Scott Fraser’s free-kick.

Minutes after McLaughlin had missed a glorious headed chance, the Southend number 11 headed Blues in front with a powerful header from an Isaac Hutchinson corner midway through the first-half.

Southend held that lead through to the break where they would also go in with a man advantage after John-Joe O’Toole was shown a straight red card for a clash with Tom Hopper.

Despite being a man light though, Burton would level shortly after the interval with Fraser’s arching free-kick leaving Nathan Bishop motionless.

Sol Campbell threw all the attacking options he had onto the pitch to try and force a priceless win but his side weren’t able to carve out a clear chance on goal.

Burton rattled the crossbar through David Templeton as they went for an unlikely winner but in the end the spoils were shared between the sides.

Blues will likely feel a hint of disappointed not being able to capitalise on their extra man but Campbell will be pleased to get a positive result after their last outing against Oxford.

The Southend boss made four changes from the side that had fallen to a 4-0 defeat to Oxford 10 days ago with Brandon Goodship, Sam Mantom, Jason Demetriou and Isaac Hutchinson coming in.

That break seemed to do Southend the world of good as they looked the fresher of the two sides in brisk conditions in Staffordshire and they had a brilliant chance to open the scoring early on.

Goodship’s first-time cross found the run of Stephen McLaughlin six yards out with the Irishman’s downward header somehow being tipped up and onto the bar by Kiernan O’Hara.

McLaughlin arguably should have buried the chance, but he more than made up for it minutes later as the Blues midfielder headed Blues in front with 21 minutes on the clock.

Hutchinson this time was the provider with a floated corner that was met with purpose by McLaughlin, heading beyond O’Hara to give Blues a deserved lead.

Southend had been the better side and deserving of their advantage and they were handed a man advantage too shortly after going in front as former Blues loanee John-Joe O’Toole was sent off.

The Burton defender clashed with Tom Hopper, winning the free-kick but as he fell to the ground a flailing arm connected with Hopper leaving referee Darren Drysdale to show a straight red card.

Despite being a man light though, Burton would level shortly after the interval with a superbly taken free-kick from Scott Fraser bringing the two sides level.

Timothee Dieng’s foul gave Fraser the opportunity on goal which he gladly took, curling the ball up and over the wall, leaving Nathan Bishop helpless as the ball floated into the back of the net.

Fraser’s strike had Burton smelling blood against a Blues side low on confidence after nine league games without a win and the home side went within the width of the crossbar from taking the lead.

David Templeton picked the ball up around 25-yards from goal before thundering a shot off the face of Bishop’s crossbar as Burton looked to capitalise on their second-half momentum.

Nigel Clough’s side continued to press for a second and only some brilliant defending from Nathan Ralph prevented Ryan Edwards tapping in Colin Daniel’s low cross into the box.

Sol Campbell threw caution to the wind by throwing on Stephen Humphrys and Simon Cox with attack seemingly the best form of defence for Southend, but Blues struggled to create chances.

Six additional minutes were shown at the end of the game but it wasn’t enough for either side to get a late breakthrough as both sides had to settle for a point.


Southend United's Sky Bet League One encounter with Burton Albion has been postponed due to international call-ups.

Tickets for Blues' match against Burton Albion on Tuesday 3rd December will come off sale at midday today.

We have been allocated 300 tickets for this fixture, all of them are seated tickets.

Prices for the match are as follows:

Wheelchair prices are no different from the above price list but are entitled to a Carer ticket free of charge.

Wheelchair/Carer tickets are only available in person at the Blues Box Office.

Tickets will be available to buy on the day of the game but they will have a £2 increase from the advanced prices.