Southend United will be looking to extend their unbeaten league run to six games tomorrow afternoon as they entertain Coventry City in the first of a home doubleheader at Roots Hall.

Blues claimed a third successive away win last time out against Gillingham and they’ll be hoping to bring some of that form on the road back home, where Chris Powell’s side have won just twice.

Mark Robins’ Coventry made an immediate return to League One last season and they’ve made a decent start to this campaign, sitting in 12th just two points and three places below Blues.

They travel south off the back of a late win against Wycombe Wanderers last weekend with their last away trip seeing the Sky Blues come from 1-0 down to beat Charlton 2-1 at The Valley. 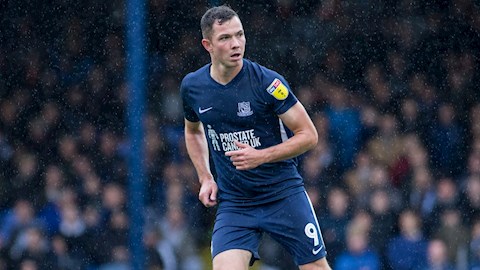 Blues’ joint-top goalscorer Tom Hopper and defender John White should be back in contention tomorrow afternoon after both missed out against Gillingham with hamstring problems.

Chris Powell felt the trip to the Priestfield Stadium came “a day or two” too soon for the pair who’ll also be re-joined by full-back Jason Demetriou who returns from international duty with Cyprus.

Centre-back Harry Lennon made his first-team return late in the game against Gillingham last week and will be pushing for more minutes while Harry Bunn closes in on a return having returned to training.

It all means that boss Chris Powell has a near "fully fit squad" for the game, as he said himself in his pre-match press conference.

Coventry are close to full strength after a number of Sky Blues players returned during the club’s u23s win against Colchester United in midweek. 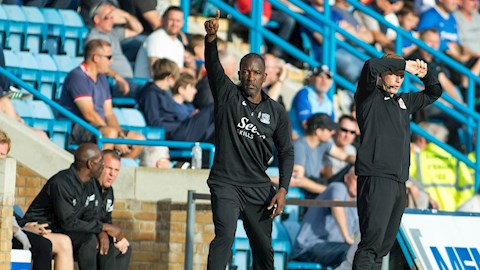 “They’ve got a manager who is in charge for the second time in Mark Robins who is somebody I’ve come up against. Our paths didn’t cross at Huddersfield but I know him and they’re playing some good stuff, they’re in a good place. They’ve acquitted themselves really well in League One which happens when you have some momentum.

“They’re quite a young team, I know Michael Doyle isn’t – he’s been around a long time – but he lends guile and experience to that team, so we know what they’re about and it will be a tough game for us, but obviously we’ve got to make it as tough as we can for them.”

"They are doing really well, they have had a change of shape and we will have to be on our game and be focused and concentrated and go and play our game as well.

"We have got our own threats and we have to look at that, we know what they have been doing and we’ll look to try and make it as difficult as possible for them.”

"It is always a difficult place to go to, tight pitch, tight ground, good atmosphere, we’d be taking a few supporters as usual and we are looking forward to it."

10-man Southend United were unable to hold on for a vital point as Michael Turner’s own goal ended Blues’ unbeaten league run with a 2-1 defeat to Coventry City at Roots Hall.

The visitors were by far the better side in the first-half and took the lead after Jonson Clarke-Harris headed the ball down for Jordy Hiwula to score on the turn from close range.

Southend made a couple of early changes in the second-half and the introduction of Tom Hopper brought about Blues’ equaliser as the striker flashed a shot across Lee Burge and in.

But Southend’s hopes of completing the turnaround were all but dashed when Simon Cox received his marching orders after being shown two yellow cards in five minutes.

And Coventry would capitalise late on when Jodi Jones’ shot took a massive deflection off the legs of Michael Turner to win it for the away side in front of their travelling fans.

Southend pushed forward in the final seconds desperately to find an equaliser but it wouldn’t come for the home side whose run of five games unbeaten in the league came to an end.

It was a disappointing end to Blues’ unbeaten league run and boss Chris Powell will no doubt be wondering what he has to do to replicate his side’s away form at home.

Going into the visit of Coventry, Southend had won just twice at home compared to three times on the road, including last weekend’s 2-0 win away at Gillingham.

Joint-top scorer Tom Hopper was available again after missing out last weekend but Powell chose to keep faith with those that beat The Gills at Priestfield, naming an unchanged line-up.

The visitors Coventry travelled south off the back a late winner at home to Wycombe last Saturday and they looked sharp in the early stages at Roots Hall, creating a couple of good chances to break the deadlock inside the first 10 minutes.

Jonson Clarke-Harris’ header down to Jordy Hiwula saw the City number 11 hit a half-volley that was superbly blocked by Michael Turner. From the resulting corner, Tom Davies’ header looked to have crossed the goal line, but the linesman’s flag remained at his side.

Coventry continued to push forward as Southend struggled to keep a reign on their opponents and they went close again when Hiwula was picked out by a low ball into the box from the right, only for a last-ditch tackle from Turner to put off the Coventry man who shot wide.

The away side’s pressure though would eventually produce the opening goal as Hiwula put City in front. A corner from the Coventry left was headed down by Clarke-Harris towards Hiwula who, on the turn, scuffed the ball into the back of the net to give the visitors a deserved lead.

Southend had been second best for the vast majority of the first-half and their task of turning the game around could have been made much harder before the interval had Clarke-Harris managed to hit the target with his free-header from a Michael Doyle free-kick.

Chris Powell made a change to his system at the break and brought on Harry Bunn for the booked Ben Coker, but it did little in the way of stem the tide as Coventry went close again when Luke Thomas found acres of space on the right, forcing Mark Oxley to tip his effort over the bar.

The hour-mark saw Tom Hopper introduced to the action and he was involved almost straight away, starting a counter-attack that saw the ball played out to Simon Cox who then laid it off to Bunn whose shot deflected wide for Blues’ first corner of the game.

That seemed to give the home fans a little bit of confidence as the decibels grew inside Roots Hall before an explosion of noise greeted Southend’s equaliser. A long ball over the top from Cox found the run of Hopper who held off his man before firing across goal and in to bring the sides level.

Hopper’s seventh goal of the season had put Blues in with a chance of a surprise three points having played second-fiddle to Coventry for most of the game. But their chances of winning were dealt a blow when Simon Cox was sent off for two yellow cards in the space of five minutes.

A couple of late challenges by the in-form striker saw him giving his marching orders by referee Dean Whitestone with the second offence coming off the back of a late challenge on Coventry’s central defender Davies.

Southend had just over 10-minutes to keep Coventry at bay and Oxley had a to make a smart reflex save to prevent Jordan Shipley from grabbing what would have certainly been the winner before Luke Thomas’ curling effort went just over the crossbar.

Coventry though would eventually break the resolve of the Blues to snatch all three points in injury-time. Sub Jodi Jones found the ball at his feet from a corner and his shot took a decisive deflection off the legs of Turner to divert the ball into the back of the Southend net.

Southend had a couple of minutes to try and salvage a point and they went within a whisker of scoring from a corner. Oxley came up from the back and almost got a shot away in a goalmouth scramble which ended with Stephen Hendrie blazing over as City held on.

Blues are back in action on Tuesday (23rd October) to take on Walsall under the Roots Hall floodlights...

It's October half-term and what better way to enjoy the week than watching Southend United take on the Saddlers!

Blues were narrowly beaten 2-1 by Coventry on Saturday and Chris Powell will be looking for his side to have a reaction come 7:45pm on Tuesday night.

The last time Walsall visited Roots Hall it ended in a 3-0 defeat, this time round Southend will be looking to get the better of Dean Keates' 8th placed Saddlers.