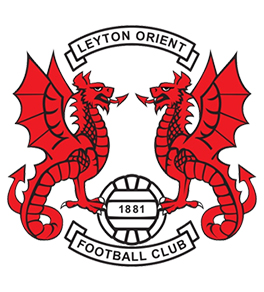 Blues finished their pre-season campaign with a 2-2 draw against National League side Leyton Orient at the Breyer Group Stadium.

Chris Powell’s side began the brighter of the two teams and went close early on when Stephen McLaughlin slid in Theo Robinson but the Southend striker couldn’t find a way through with his strike as it deflected wide for a corner.

It wasn’t much longer though before the visitors did break through and in superb style as a slick passing move by Blues broke down, Jason Demetriou received the loose ball and let fly from 20-yards out, finding the top corner to open the scoring against his former club.

Southend kept the momentum going after that goal but weren’t able to grab a second despite a number of set-piece opportunities and just after the half-hour mark they had a glorious chance to make it two when Luke Hyam played in Tom Hopper but his shot was saved by Brill.

Just before the interval, the home side could and arguably should have levelled when a corner was whipped into the back post, bouncing off the unsuspecting George Elokobi who was unable to deflect the ball on target as Blues to hurriedly cleared.

Both sides made two changes at the break with Mark Oxley being replaced by Nathan Bishop and the young goalkeeper’s first job was to pick the ball out of the back of the net as Leyton Orient equalised from the penalty spot.

Harry Lennon was adjudged to have brought down James Alabi inside the area with Alan Young having no hesitation in awarding the penalty. Former Colchester United striker Macauley Bonne stepped up and sent Bishop the wrong way to make it 1-1.

Blues immediately went about trying to restore their lead and McLaughlin went close twice in a matter of minutes, first hitting the side-netting with a low strike before rattling the underside of the crossbar after being found by a low ball into the box by Ben Coker.

Southend did regain the lead just after the hour mark after Simon Cox – the second of Blues’ half-time changes – was desperately unlucky to see his lob beat Brill but come off the crossbar before Hopper was in the right place at the right time to head the ball into the empty net.

That lead though only lasted 15 minutes as Alabi managed to get away from the reaches of Michael Turner before expertly slotting the ball home from the edge of the area as the non-league side levelled for the second time in the game and secured a draw against their League One opponents.