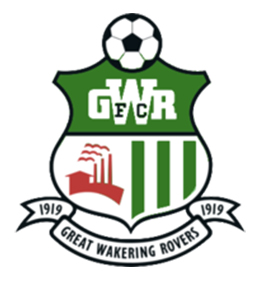 The Blues boss set his stall out early and made it clear what he is aiming for this coming season.

Powell also spoke about his approach to the Great Wakering fixture, which he confirmed Dru Yearwood, Ted Smith and Rob Kiernan will all miss out on.

On the first week of pre-season...

The players have come back in really good shape and they’ve worked really hard in the sessions we’ve put on, and to be honest I wouldn’t expect anything less. They left here knowing that when they came back they had to be already on their way to fitness because we need to hit the ground running this season because have one aim and one objective.

The objective this season...

It’s quite simple. We want to get out of this division; upwards. End of. There’s no glossing up from me this year, it’s all systems go. I know it’s early, it’s pre-season, but our mindset has to start now and not 4th August.

Getting signings in early...

As a manager, I always feel you need to bring in players as early as you can to get them used to the area, the training ground, the ground, me, my staff and I think it’s important for them to be as settled as they can be.

The approach against Great Wakering...

It will be two different XIs. I’m really pleased for them because I think it’s important that we keep our links with teams in the area and the fans see our new signings and one or two new things about us.

It’s 45 minutes for everyone and we're looking forward to it. Hopefully we can do some good things and get into habits very early. The fitness work by the players has been immense and we see the game as another part of their fitness work. We’re going to work hard on Friday and get ready for the game before we go abroad.

Unfortunately, we will be without Dru Yearwood, who has had a slight recurrence of his injury so he won’t be involved in the game and we won’t take him to Spain, Ted Smith, who had a successful operation and I hope will be ready in a month or two, and Rob Kiernan, who is long term.

On England boss Gareth Southgate ahead of their World Cup Quarter-Final...

I’ve known Gareth [Southgate] for 30 years now and I have always felt that he has the right manner and the right background to do the job. When you come from club management into international management, sometimes you can’t handle it. But because he’s been part of the FA, part of the revamp of how we deal with our young international teams, he is tailor-made for this.

Southend kicked off their pre-season with an away fixture to locals non-league side Rovers. Chris Powell’s squad's fitness was put to the test as the summer heatwave continued to be in full force as the two sides battled it out.

The Shrimpers dominated the game from start to finish and Chris Powell’s side never looked in discomfort as they showed professionalism and class to get a deserved win and kick-started their pre-season in style.

The visitors started sharper as they dominated possession, but it was Great Wakering who created the first real chance of the game as Callum Ibe managed to find space in the Southend box before unleashing a strike that rattled the crossbar.

It was a strong debut for Sam Barratt - who signed from Maidenhead in May. The winger caused Wakering’s defence a lot of problems and showed that he wasn’t afraid to have a strike on goal as well as linking up with Theo Robinson down the left hand side throughout the first half.

Amadou Ba was a handful for Wakering’s defence as he managed to find himself unmarked throughout the first half but was unable to convert any of his shots in to goals.

Great Wakering’s Callum Ibe gave the Shrimpers defence a run for their money as he used his pace and power to battle with Elvis Bwomono and John White but was unable to put anything past Mark Oxley.

Timothee Dieng showed how instrumental he can be as he was constantly demanding the ball as well as taking players on, as well as being a playmaker he was also proving that he can be a goalscoring midfielder too as he had several strikes from distance that caused problems for Coey Turipa - including a strike from roughly 30 yards that struck the post.

Theo Robinson took the lead for Blues as a nice passing sequence ended up with the ball at the strikers feet who found the top corner from 10 yards.

Debutant Barratt showed the travelling fans what to expect this season as he set himself up for a volley on the edge of the box that dipped over Turipa that doubled Southend's lead.

Chris Powell made 11 changes at half-time to ensure that he has a fair look at everyone amongst his squad and everyone who was fit, got a run out.

Stephen McLaughlin showed great energy down the right-hand side as he looked to take advantage of the tired full-back. He managed to put two inviting crosses into the Wakering area but neither managed to trouble the keeper.

The pressure continued as Michael Kightly’s free-kick from the edge of the Wakering area that just whiskered past the post.

The visitors made it 3-0 after fantastic work down the left-hand side before Tom Hopper headed the ball back into the six-yard box which was converted by a powerful Simon Cox strike giving the keeper no chance.

Micheal Klass played a pivotal role - similar to the performance of Dieng. Klass created several chances for Blues which included an inviting lay-off to Simon Cox whose shot went over the bar.

Tom Hopper added to the scoresheet to make it 4-0 to Chris Powell’s side as Kightly’s skillful run ended with a blocked shot by Cox, but it fell perfectly to Hopper who nodded into an empty net.

The visitors continued to look for a fifth goal as the wingers kept causing problems for the full-backs and putting balls in the box - the Wakering defence had to stay alert. When getting possession the home side struggled to create much as the long balls hit towards Ibe were easily dealt with.

Late on in the game, excellent work down the right hand side between Kightly and Cox made room for a cross into the Wakering area and some miscommunication resulted in the ball ending up in the back of the net via an own goal to make it 5-0.

Reaction to the win from Chris Powell will be online shortly.