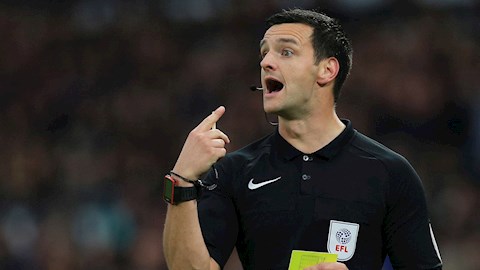 Southend United switch their attentions to the Carabao Cup this evening as they take on Championship side Brentford in 1st Round action at Roots Hall.

Blues have had a miserable time in this competition over recent years, failing to win a single round since 2010, but they’ll be looking to build on their positive performance at Plymouth on Saturday.

The Bees will also be looking to keep their momentum going having started the campaign with a 5-1 hammering of Rotherham before a 1-1 draw away at title favourites Stoke at the weekend.

Tonight will be the first meeting between these two in the League Cup since 1987 with the winners getting their name in the hat for the 2nd Round draw which takes place on Thursday night.

Chris Powell confirmed Harry Lennon will be in a boot for three-four weeks after suffering a fractured toe against Doncaster Rovers.

New signing Shawn McCoulsky is available for selection after joining on loan from Bristol City on Friday. The front-man isn’t likely to start, having only had one training session with the team, but he could feature from the bench after being named as an unused sub on Saturday.

Blues will certainly be without Luke Hyam and Sam Barratt after both missed the draw with Plymouth at the weekend. Hyam continues to recover from a hamstring strain while Barratt is still waiting to be fully assessed after picking up a knock in training last week.

Chris Powell will likely rotate his squad after a long trip to the South West, with the likes of Theo Robinson and Michael Klass – who made his league debut against Plymouth – in line to start against the Bees.

Brentford boss Dean Smith is expected to name a strong line-up against Blues with goalkeeper Daniel Bentley potentially coming up against his former side for the first time since departing Roots Hall back in 2016.

Defender Jean Jeanvier could make his first appearance for Brentford after signing from Reims in the summer with Yoann Barbet unlikely to feature after suffering cramps towards the end of Brentford’s draw with Stoke on Saturday.

“It’s a hard balance and the thing that’s kind of changed it is that Brentford are a good side; we got a tough draw. I know it’s at home and normally in cup games you try and put three or four lads in but it’s going to be hard to do that.

“Tom Hopper was out on his feet [on Saturday], he was magnificent up top again and Simon Cox, they dovetailed well, but a lot effort was put in that game and it’s a quick turnaround on top of the journey.

“At least we’re at home and we’re not travelling again, but we’ll have to wait and see what side we put out but whoever it is, they’ll be competitive, and we’ll want them to carry on playing the same football that we’ve been playing.”

“After a tough pre-season, you saw Yoann Barbet with cramp at the end [of the game against Stoke] so we’ll look at the players and decide who’s fit and available, and which members of the squad we should also use for the game on Tuesday.

“We’ll choose a team that we believe will go and win the game at Southend and that’s important for everybody at the club.”

Ticket prices for the game are as follows:

A Shawn McCoulsky double wasn’t enough to prevent Southend exiting the Carabao Cup at the 1st Round stage as Blues lost 4-2 to Championship side Brentford at Roots Hall.

Brentford made 11 changes to their side that drew at Stoke at the weekend and they had much the better of the first-half, creating their first opening after just three minutes when Marcus Forss’ strike had to be parried away by Mark Oxley

Blues made four changes of their own and they found chances hard to come by with a Stephen McLaughlin volley and a Michael Klass curling effort, both of which missed the target, the best Southend could muster against their Championship opposition.

With the exception of Forss’ effort early on, neither goalkeeper had really been tested until late in the half when Oxley showed quick reactions to stop Nico Yennaris’ deflected effort going in before Said Benrahma was unable to react quick enough to force in the rebound.

But the visitors were able to break the deadlock before the interval when Forss was slipped in by a perfectly weighted pass from Josh Clarke, with the Bees debutant flashing his shot across Oxley and into the bottom corner to give Brentford the lead.

The scoreline could have been a lot worse for Chris Powell’s side going into the break as Oxley was required to save a curling effort from Alan Judge before making a smart double-save, first to prevent Benrahma from scoring, before parrying away Yennaris’ header from close range.

Having made it to half-time only a goal behind, Blues began to look more of a threat in the second period and went close to levelling when Simon Cox’s long ball freed Theo Robinson but with the goalkeeper off his line, Robinson was unable to find the target with his looping effort.

Blues though did level shortly after when another long ball forward allowed Robinson to run through on goal. His strike took a wicked deflection to loop up and over Luke Daniels before being nodded over the line by on-loan striker Shawn McCoulsky for his first Southend goal.

Southend was only level for a matter of minutes however as Brentford restored their lead almost immediately from a corner. Yennaris’ well-struck volley was too hot to handle for Oxley who could only parry the ball out to Julian Jeanvier who was quickest to react to score the rebound.

And Blues’ miserable run in the League Cup – which has seen them lose in the 1st Round every year since 2010 – looked set to continue as Brentford made it 3-1 three minutes later when Benrahma put the finishing touches to a neat one-two, firing low past Oxley.

Despite going two down, Southend continued to fight and made it an interesting final 20 minutes when McCoulsky curled a beautiful effort into the top corner to grab his second of the game and make it a nervy finish.

Southend went perilously close to levelling when Michael Klass rattled the crossbar with a header but the Bees made the game safe late on as Sergi Canos' strike rebounded to Kamohelo Mokotjo who fired in Brentford’s forth and put them into the hat for Thursday's 2nd Round draw.