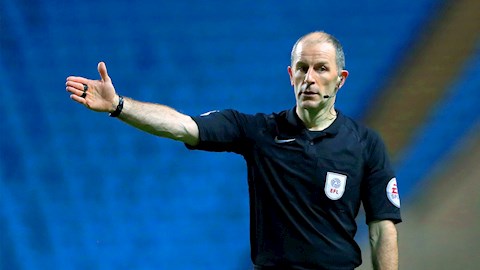 Blues make a quick return to league action following Saturday’s superb away win at Fleetwood as they welcome AFC Wimbledon to Roots Hall this evening.

Southend’s 4-2 win at the weekend ended their nine-game winless run and Blues will be keen to keep the momentum going as Neal Ardley’s Dons make the short trip to Essex.

AFC Wimbledon come to Roots Hall off the back of a 2-0 home defeat to bitter rivals MK Dons on Friday night but will hope the extra day's rest will hold them in good stead.

On their last away trip, Wimbledon claimed a surprise 1-0 win at Ewood Park against Blackburn Rovers so they are not to be taken lightly as both sides look for their third league win of the season. 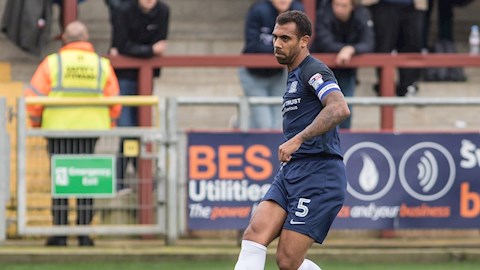 Phil Brown will be sweating on the fitness of Jason Demetriou, Anton Ferdinand and Stephen McLaughlin after all three picked up knocks against Fleetwood at the weekend.

Should they all fail to feature tonight, Blues have cover in Elvis Bwomono, John White and Jermaine McGlashan with the latter hoping to build on his goalscoring appearance off the bench on Saturday.

The visitors will be without Kwesi Appiah after the striker picked up a hamstring injury in last Friday’s defeat to MK Dons, however, Will Nightingale and Callum Kennedy look set to return.

Their returns will bolster a Dons defence who are still without Jon Meades whilst fellow defender Darius Charles and midfielder Tom Soares may feature as they both continue to build their fitness.

Preview: Brown looks ahead to AFC Wimbledon a

“I went to the AFC Wimbledon game on Friday night and there was a spice to the game due to the history of the two football clubs. There was something about the game that I really enjoyed.

"I would imagine Neal will be very down after the game, but if he looks back in the cold light of day, they had opportunities to get something from the game.

“Before that, they went to Blackburn and won 1-0 and not many teams will be doing that this year, so we won’t be taking them lightly.”

"They had a good result at the weekend and I know he was at our game on Friday, watched us and will know how we play, but we've got to make sure we defend well and be aggressive against them.

"We've got to win a lot of second balls and make sure we defend really well. We know we'll get opportunities on the night and, as I've said, if we keep creating opportunities we will score.

"We're probably a little bit disappointed with where we find ourselves. We've created a number of opportunities and not taken them, but the forwards are being positive and getting in positions. We just need to sharpen up in front of goal and every now and then we need a little bit of luck."

Jason Demetriou’s deflected goal in the second half was enough for Blues to grab a hard-fought 1-0 win at Roots Hall against AFC Wimbledon.

Having been second best in the first half, Blues were much improved after the interval and their early pressure told as their Cypriot right-back burst into the area to score.

Dons will feel unfortunate not to have taken anything from their trip to Essex having forced a couple of really good saves from Mark Oxley either side of the half-time break.

And they should have snatched a point with the final kick of the game as the ball fell to Darius Charles at the far post only for the substitute to blaze over.

The goal from Demetriou secured Blues their first back-to-back wins of the season as well as their second clean-sheet of the campaign as they begin to climb up the table.

Following the win at Fleetwood, Phil Brown named an unchanged side for the visit of AFC Wimbledon with Anton Ferdinand, Stephen McLaughlin and Jason Demetriou shaking off knocks.

After a dull opening 10 minutes, Blues had the game’s first chance on goal with Simon Cox having what appeared to be a goal-bound effort deflected over the crossbar by a recovering defender.

From the resulting corner, Anthony Wordsworth saw a close-range effort blocked before his free-kick from just outside the penalty area failed to trouble George Long in the Dons goal.

AFC Wimbledon came to Roots Hall off the back of a 2-0 home defeat to bitter rivals MK Dons on Friday but they looked threatening with crosses into the box causing Blues problems.

Dean Parrett’s free-kick wide on the right picked out the run of Will Nightingale midway through the half, but the defender’s header missed the target with Mark Oxley left as a spectator as it flew wide.

Minutes later and Lyle Taylor whipped a cross into the area which caused confusion in the penalty area before Wordsworth smacked the face of the post in a hasty attempt to clear the danger.

Dons recorded a surprise 1-0 win away at Blackburn Rovers in their last away game and they were looking the most likely to score as they continued to press the Blues defence.

And they came ever so close to opening the scoring when a corner fell to George Francomb on the edge of the area with his thunderous strike flying through a sea of players before rebounding off the chest of Oxley.

Southend had been second best in the first half, but they came close to nicking the lead before the break when Josh Wright found space on the edge of the area only for his shot to veer wide.

Blues began the second half on the front-foot with Nile Ranger having an early opportunity on goal that was easily saved by Long low down at his feet.

Wordsworth then curled an effort just wide after being teed up by McLaughlin on the edge of the area before Ryan Leonard stung the palms of Long with a stabbed effort from 18-yards out.

Southend would eventually make their second-half pressure count bang on the hour mark when Jason Demetriou burst into the penalty area to score after Taylor was dispossessed.

The Cypriot international skipped into the penalty area before hitting a cross-come-shot which deflected into the back of the net to give the Blues the lead with half an hour remaining.

It had been a much-improved second-half performance from Southend but they came close to suffering the same fate they did against Fleetwood by almost conceding an immediate equaliser.

Parrett thought he had brought the Dons level as his half-volley beat Oxley and hit the back of the net, but Wimbledon’s celebrations were quickly cut short by Graham Horwood who blew for a handball in the build-up.

Southend themselves then had a goal disallowed, this time by the linesman’s flag, after Wordsworth’s strike was parried back into the danger zone only for Josh Wright to be in an offside position as he put in the follow-up.

Demetriou’s goal had well and truly sparked the game into life and Blues had a penalty claim waved away by the referee after Jermaine McGlashan – on as a substitute – went down under the challenge of Francomb.

With the game poised at 1-0, Dons weren’t ever out of the game and they should have levelled when McDonald got the wrong side of the Blues defence but couldn’t beat Oxley when one-on-one.

Theo Robinson – another second-half change – should have put the game to bed when he was put through by a long ball forward, but after cutting onto his right foot his strike was well saved by Long.

And in the final minutes of normal time, Robinson again had a good chance to seal the points for Blues as he spun in the penalty area but he couldn’t hit the target, blazing high into the stands.

The referee indicated four minutes of added time at the end of the game and with the final kick of the contest Darius Charles had a glorious chance to steal a point for the Dons but his volley flew over the crossbar to the relief of the Roots Hall crowd.

Southend United look to kick start a run of form at Roots Hall and turn the ground into a fortress against their oppositions.

AFC Wimbledon will travel from Greater London on 26th September as they also attempt to kick start their League One campaign.

The Dons have brought in the likes of George Long, Harry Forrester and Cody McDonald to name a few.

Blackpool look to continue their form after returning to League One following their automatic promotion from League Two last season.

The Tangerines will travel from Blackpool and make a 271-mile trip to Southend as they bring their new signings Max Clayton, Ollie Turton and Neil Danns on 30th September.

There's also hospitality available for the two fixtures which you can book here.