Southend travel to The Valley to take on in-form Charlton Athletic tomorrow afternoon as Blues look to end a run of six games without a win in all competitions.

Blues’ opening day win against Blackburn Rovers is their only maximum so far this season and they head to London in search of their first win against Charlton since 1996.

Karl Robinson’s Addicks have made an impressive start to their campaign and go into this weekend’s round of fixtures sitting pretty in third place, just one point behind Peterborough and Shrewsbury.

Only Plymouth have managed to beat Charlton so far, with the London club scoring wins over Bristol Rovers, Northampton, Rotherham and Oldham in their other four league games thus far.

Jason Demetriou returns to the Blues squad having missed the last two games against Gillingham and Rochdale whilst on international duty with Cyprus.

Speaking yesterday, Phil Brown was confident of having John White and Anton Ferdinand available again, with Stephen Hendrie likely to recover from the dead leg he picked up against Rochdale.

Michael Turner, Rob Kiernan and Ben Coker are out, with Anthony Wordsworth unlikely to feature. Nile Ranger will be pushing for a start after making his first appearance of the season last weekend.

Karl Robinson is able to call upon the services of Jay Dasilva and Josh Magennis after both returned from international duty this week.

Ben Reeves won’t feature as he continues to work on his fitness, with Lewis Page, Harry Lennon and Mark Marshall all missing through long-term injuries. 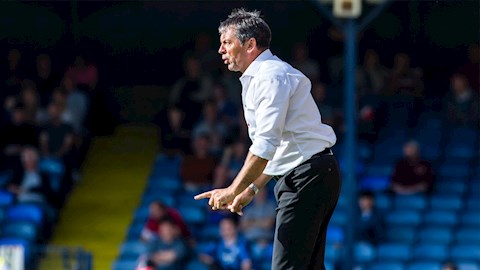 “We’re facing a team in unbelievable form, a team at the top end of the table which is a great challenge for us.

“They’re one of the early season favourites to get promoted, if not the title, and a big club in the third tier of English football.

“There’s nothing to fear. I think it’s something to look forward to, going to the bigger clubs and probably to a full stadium I would imagine. But I just want my best team available to me.”

“They’re a very, very good team and when they click they’ll be a team that not too many teams will be able to cope with their qualities.

“Phil has been there, seen it, done it, he knows the game inside out. So, we know it’s going to be a very difficult afternoon.”

“We’ve got two tough home games coming up and we’re going to need everything. The fans, the players, everybody to come together and make it a difficult afternoon for everybody that comes to the Valley.”

Blues’ winless run continued as they fell to a 2-1 defeat against Charlton Athletic at The Valley, despite a late fightback.

After a goalless first half in which neither side created anything clear-cut, the Addicks scored twice in three minutes to give themselves a two-goal lead midway through the second half.

The home side opened the scoring when Josh Magennis powered a header beyond Mark Oxley with Ricky Holmes doubling Charlton’s lead with a delightful curling effort moments later.

Southend looked down and out until the final 10-minutes when John White headed them back into the game with a near-post header, beating his marker to score from Michael Timlin’s corner.

But despite piling on the pressure late on, Phil Brown’s side wasn't able to find a way beyond Amos for a second time as Charlton climbed to second in the table.

Following last weekend’s stalemate against Rochdale, Phil Brown made three changes to his Blues side as they made the short journey to in-form Charlton Athletic.

Anton Ferdinand and John White returned to the back-line whilst Nile Ranger come in for his first start of the season to partner Simon Cox up front.

Charlton had only lost one of their opening league games so far and went into the game sitting just a point off top spot, but it was the Blues that started the brighter of the two.

Michael Kightly had a good shooting chance present itself when he was teed up by Jermaine McGlashan, only to strike the ball against his standing leg and go harmlessly wide.

Minutes later and Blues won themselves a corner after Charlton failed to clear Ryan Leonard rose highest to reach the second ball only to head over the crossbar from inside the six-yard box.

Southend’s best chance though fell to the returning Ranger, as he and Cox raced forward the ball fell kindly to the Blues number 50 12-yards out but he dragged his shot wide on Ben Amos’ goal.

The home side had to wait until almost the half-hour mark to force a save from Mark Oxley with Ahmed Kashi’s long-range effort stinging the palms of the Blues’ stopper.

Jason Pearce had a good opportunity for the Addicks when the ball fell to him on the edge of the area only for him to drag wide, with Josh Magennis’ header easily saved by Oxley seconds later.

The pendulum kept swinging one way and then the other in the first half with Southend going back on the front foot with an incisive pass from Michael Timlin picking out Cox whose shot was blocked.

Momentum would then swing the other way as Charlton came closest to opening the scoring before the break as Billy Clarke’s shot from the edge of the area zipped inches past Oxley’s left-hand post.

Southend went close to breaking the deadlock early in the second half when Cox was played in on the edge of the area by Timlin only for the striker to blaze over inside the first minute.

From that point on it though it was Charlton who looked the most threatening and after Jake-Forster Caskey and Magennis missed good chances in front of goal, the latter finally broke the deadlock.

Magennis, who’d just returned from international duty with Northern Ireland earlier in the week, was picked out by the cross of Chris Solly and scored with a bullet header to make it 1-0.

The Valley was rocking after Magennis’ opener and they stamped home their authority less than three minutes later when they doubled their lead through Ricky Holmes.

Receiving the ball with his back to goal, the Charlton midfielder spun to create enough space for the strike, bending the ball beautifully beyond the despairing dive of Oxley to double Charlton’s lead.

Blues’ 21-year wait for a victory over Charlton looked all but over, but they kept their hopes alive of at least snatching a point from The Valley as John White got Southend back in the game.

The centre-back stole a march on his marker to get on the end of Timlin’s near-post corner, flicking his header past Amos for his first goal for the club since scoring at The Valley last season.

Southend had just over 10 minutes to nick a point from the jaws of defeat and came close when Elvis Bwomono’s perfect cross fell for Leonard but he couldn’t beat an army of red shirts on the line.

Five minutes of injury time were shown as Blues desperately went in search of an equaliser but they weren’t able to breach the Charlton defence for a second time as they claimed all three points.

Tickets for the Sky Bet League One game away to Charlton at The Valley on Saturday 9th September will come off sale from the Blues Box Office at 3pm on Friday.
Tickets are available on the day from the South Stand Ticket Office, but please note adult and concession prices increase by £3 and it is cash only. 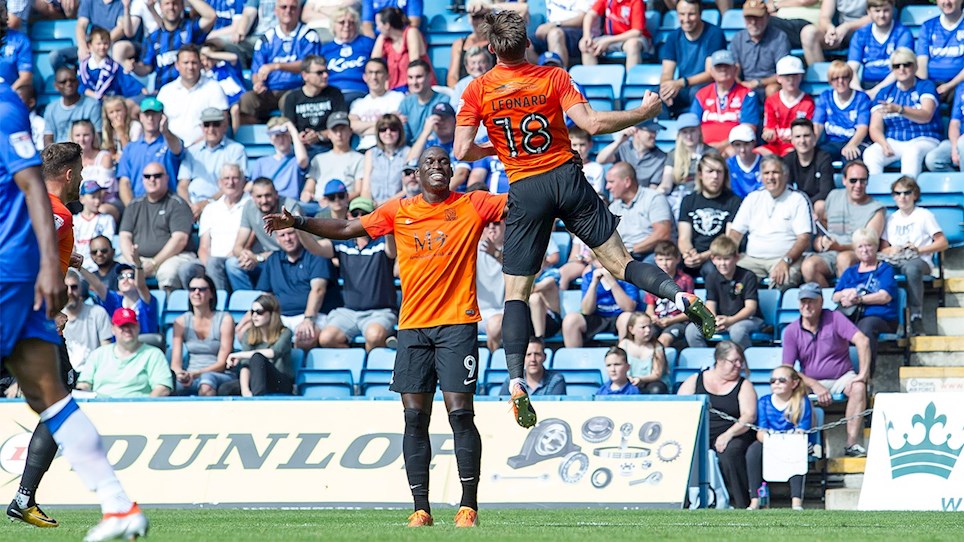 
Ticket update ahead of Saturday's game against Charlton at The Valley...