Blues will travel to the Midlands tomorrow to face Walsall at the Banks’s Stadium looking to not only build upon last weekend’s win over Bury but to improve on their poor recent away form.

Southend have only managed the one win on the road this campaign – a 4-2 win against Fleetwood – and to make it two wins from eight they’ll need to win away at Walsall for the first time in 10 years. 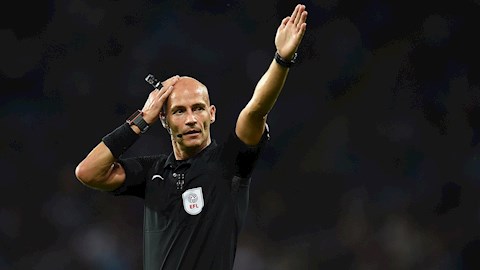 Walsall go into this weekend’s clash off the back of a superb 3-0 away victory against Doncaster last time out but they’ve found it difficult to record wins on home soil so far this season.

But, just like Southend, they have managed to stay unbeaten in the league at home, recording two wins and five draws from their seven league games so far at the Banks’s Stadium. 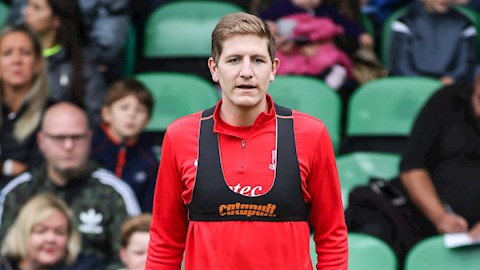 Team news ahead of Walsall

Phil Brown has no fresh injury concerns ahead of the trip to Walsall with Nile Ranger looking to have shaken off a knock he picked up in Blues’ Essex Cup defeat in midweek.

Michael Turner looks like he may finally make a first appearance for Blues as he’s expected to travel to the Midlands with the team who’ll be without Jermaine McGlashan who remains suspended. 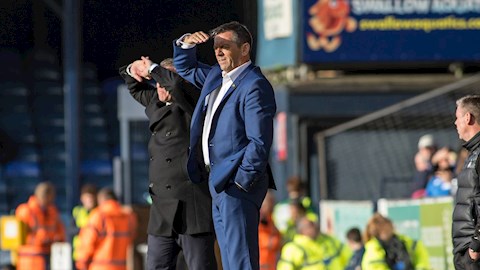 Brown: "That mentality of going away and grinding out results has to be our mentality on Saturday.”

“But as far as I’m concerned that’s without the players we brought in during the transfer window to try and improve on last year’s campaign.

“A lot of the team’s that we’ve played so far have been able to boast or put out their best team, but we haven’t.

“Walsall is always a difficult place to go to. It’s a very tight ground, a very vociferous crowd and we’ve been there on a couple of occasions where we haven’t had the rub of the green."

“They’re a team who are expecting to be around the play-offs – Phil Brown has come out in the papers and said that this week,” he said.

“They’re similar to us – unbeaten at home, indifferent away. They got a good 1-0 win against Bury, with a late goal from Ryan Leonard.

“He’s got strength in depth. They’ve got experience with Anton Ferdinand at the back, Phil’s raving about Leonard in midfield.

“They’ve got pace in the wide areas and an abundance of talent up top with Nile Ranger, Marc Antoine Fortune, Simon Cox and Theo Robinson.

“He’s got a lot he can pick from and we’ve got to make sure we’ve got our shop in order.

“They’ll be a true test for us, like everybody has been, but we’ve got concentrate on ourselves.”

We have sold 230 tickets ahead of the trip to Banks's Stadium.

They are on sale on the day for a £2 increase than the advanced sale prices and it is cash only from the turnstiles.

Simon Cox’s first-half strike was enough for Blues to win 1-0 away at Walsall, their first win at the Banks’s Stadium for a decade and just their second win on the road this season.

The striker’s goal came after 17-minutes after Michael Kightly dispossessed James Wilson before seeing his low cross fall to Cox who smashed home from close range.

Walsall’s main threats came from Erhun Oztumer and Tyler Roberts and it was the latter of those who forced a couple of smart saves out of Mark Oxley in the first half.

With the home fans getting increasingly frustrated with their players as the second half wore out, Blues kept their nerve as to grab their second successive league win.

The win against the Saddlers was just rewards for a professional performance from Phil Brown’s side who had been poor on recent away trips to Doncaster Rovers and Wigan Athletic.

Both sides came into the game off the back of wins with Blues boss Phil Brown naming an unchanged line-up from their 1-0 victory at Roots Hall against Bury last Saturday.

Walsall themselves recorded a superb 3-0 win at Doncaster and boasted an unbeaten home record this season, however of their seven games at the Banks’s Stadium five had been drawn.

Southend’s form away from home had been suspect at best with just one win on their travels but after an opening 15 minutes where almost nothing happened, Blues managed to break the deadlock.

Blues were looking for their first win at the Banks’s Stadium since October 2007 but they were almost pegged back straight away after Joe Edwards’ shot was deflected into the path of Erhun Oztumer but the diminutive front-man couldn’t stretch enough to convert at the far post.

Along with Oztumer, Tyler Roberts looked a continuous threat for Walsall and he did well to create some space on the edge of the area for a shot only for his effort to be well held by Mark Oxley.

Both Oztumer and Roberts again threatened to equalise with Oztumer seeing his shot blocked before the ball fell to Roberts who forced a save from Oxley who had to parry away.

And the home side ended the half strongly as in the second minute of first-half injury time they broke away down the right with Edwards taking a stab at goal that was held easily by Oxley.

Blues came close to doubling their lead within 30 seconds of the restart when Fortune muscled his way into the area, but from a tight angle, the Frenchman couldn’t curl the ball into the far corner.

Southend’s bright start to the second half continued when Ryan Leonard carried the ball forward commandingly, teeing it up for Kightly whose shot was blocked from 15-yards out.

Tempers were beginning to flare amongst the home side who picked up three bookings in quick succession as the Walsall fans became audibly more and more frustrated with their side.

A second for Blues would have killed off any chance of Walsall snatching a point and Cox came close to wrapping up the win with a snapshot inside the error that was well held by Mark Gillespie.

In the final throws of the second half, Walsall pressed for an equaliser and Zeli Ismail’s flashed cross across the face of goal just didn’t get the final touch it required with Southend clearing.

Oztumer weaved his way into the penalty area and appealed unsuccessfully for a penalty after John White blocked his shot, moments before Daniel Agyei forced Oxley into a fingertip save over the bar.

Five minutes of added time was signalled as the Saddlers threw everyone forward for an equaliser and in the final minute of stoppage time Edwards' deflected shot looked like it may have wrong-footed Oxley but he got back across to keep Blues' clean-sheet intact.

Ticket information for our Sky Bet League One away game against Walsall on 28th October...

Tickets will come off sale on Friday at 3pm.

Prices on the day increase by £2 and it is cash only from the turnstiles.

Please note, there is a family ticket available at £22.50 for one adult and one junior under 18, with additional juniors being charged £11.00.

*Please note that family tickets can only be purchased direct from the Bank’s Stadium Ticket Office on 01922 651416.

Family tickets purchased on the day of the game will need to be purchased at the Ticket Office window with all other tickets available to purchase on a cash only turnstile. Family tickets must be an under 18 accompanied by their parent/guardian.

Walsall does have an away bar, which opens at 1.30pm for afternoon fixtures.

For those who wish to purchase Matchday Hospitality contact Wayne Thomas on 01922 651400 or email wayne.thomas@walsallfc.co.uk.