Southend United head into the weekend looking to build on their 1-1 draw against Peterborough United in midweek as Lee Clark’s Bury visit Roots Hall tomorrow afternoon. 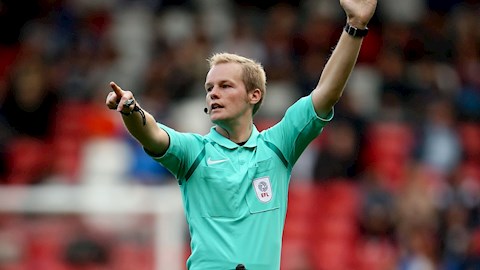 Blues are without a win in their last three matches, but Phil Brown took plenty of positives away from Tuesday night’s draw as Southend maintained their unbeaten home league record.

Bury were considered one of the promotion contenders going into the season but they haven’t made the best of starts this campaign and go into Saturday’s fixture inside the relegation zone.

Last time out they suffered a 2-1 defeat away at Blackpool but they carry a consistent threat up front in the form of Jermaine Beckford who already has nine goals to his name this season.

Phil Brown will have his club captain Anton Ferdinand back and available for selection after the skipper missed the last two games through suspension.

The Blues boss also has Michael Kightly available again after he returned to full training following a hamstring injury which had seen him miss the last eight games.

Fellow midfielder Jermaine McGlashan is still suspended following his red card against Wigan whilst defender Harry Kyprianou also remains out as he continues to recover from a thigh problem.

Bury don’t have too many injury concerns with only Chris Humphrey unlikely to be available after he picked up a hamstring strain against Blackpool.

Jay O’Shea could return to the starting line-up having impressed from the bench in Bury’s last two outings. The striker had been out since the opening day of the season with a knee injury. 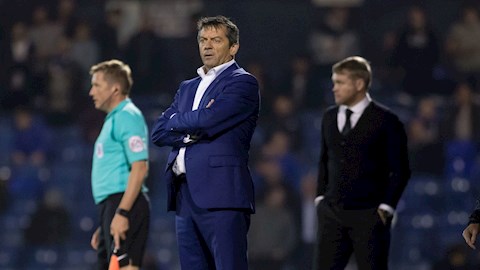 “Bury haven’t started the season as well as everyone has expected, certainly as well as they expected.

“I believe they have one of the most competitive budgets in the league. They decided to have a go for it but they find themselves struggling.

“Now is the time for us to bring our best game forward both defensively and with the ball and try and get that next win and keep that run at Roots Hall going.

“I expected them to be up there, but it doesn’t happen overnight, and they are still a dangerous team.”

“We turned in some terrific performances in the last two games but only won one of them, so we need to get on a run of winning games. That’s the key for us now.

“We played some terrific stuff at Blackpool and deserved more than we got. We didn’t deserve to lose. But ultimately, we have so we have to put that right. We’ve got to dust ourselves down and go again on Saturday.

“Southend will be extremely tough. Phil Brown always has his teams well drilled, they’re hard-working and have some quality players. We have to be ready for that and show some courage."

If you haven't already bought a ticket, you can do so by clicking here.

Ryan Leonard’s late wonder strike for Southend at Roots Hall saw them beat a dogged Bury side 1-0 and gain their first win in four matches.

It wasn’t a pretty performance by any means, but Leonard’s strike at the second attempt, which curled beyond Joe Murphy and went in off the underside of the crossbar, was the clear highlight.

Up until that point, Southend had created very little in front of goal with Mark Oxley having to pull off fingertip saves either side of the interval to stop Chris Maguire and Harry Bunn.

Southend were much brighter in the second half but couldn’t breach a rugged Bury defence, that was until Leonard curled in the winner to snatch all three points for Blues.

The win was Southend’s first in the league since the last day in September, lifting the Blues to 13th in the table whilst the visitors remained in the relegation zone.

Ahead of the Peterborough United game, Phil Brown said that he felt these back-to-back home games would define Southend’s season, and having drawn against Posh on Tuesday he knew his side were in desperate need of a win against Lee Clark’s Bury.

Blues welcomed back their captain to the starting line up as Anton Ferdinand returned from suspension after his red card against Doncaster Rovers and the skipper returning was one of two changes for Southend who also brought back Michael Kightly following injury.

Bury came to Roots Hall in the relegation zone but a recent resurgence in form had seen them win three of their last five in all competitions and it was the Shakers who had the game’s first chance.

Chris Maguire won his side a free-kick after being felled by Ferdinand 25-yards out and from the resulting set-piece, Mark Oxley was required to smartly tip Maguire’s effort over the crossbar.

Both sides were finding the windy conditions at Roots Hall tricky to deal with and when Blues had a free-kick wide on the right, Michael Timlin understandably tried to keep the ball on the deck.

In doing so, the make-shift left-back played the ball straight to a Bury defender allowing the Shakers to break and only a last-ditch tackle from Ryan Leonard on Harry Bunn spared Timlin’s blushes.

Southend were continuing to struggle breaking down the Bury defence whilst up the other end, the visitors had two more decent chances to open the scoring through Maguire and Michael Smith.

Some quick passing from the Shakers saw Maguire run through the middle of the Blues defence, leaving him through on goal but the Bury number seven couldn’t lift the ball over Oxley.

Moments later and Smith was found in acres of room in the middle of the penalty box, but he was unable to direct his header on target when he’ll know he should have done much better.

Having created very little in the opening 45 minutes, Blues began the second half in much brighter fashion and carved out three decent opportunities in quick succession early in the half.

Kightly was the focal point for the first two opportunities, firstly seeing his shot blocked by Tom Aldred at the second attempt before sliding the ball through to Josh Wright who was stopped by a last-ditch block by Greg Leigh.

Simon Cox then had a decent chance go begging when he was found inside the area from a corner but he was unable to get his header on target as Southend continued to push for a breakthrough.

A string of saves from Oxley against Peterborough won him the Man of the Match award on Tuesday night and he needed to be on top form again to keep out Bury, fingertipping Bunn’s long-range effort onto the top of the crossbar to keep the scores level.

Oxley’s counterpart, Joe Murphy, had had little to do so far in the game but Jason Demetriou forced the Bury ‘keeper into action with a low drive that was spilt back into play before Aldred got back to clear the rebound away.

The home fans were starting to get restless as Southend continued to spurn chances with Cox bearing the brunt of their angst when he blazed over from outside the area as the rain started to come down.

In what had been a poor game up until that point it was looking like a moment of magic was required to break the deadlock and that duly came with a wonderful strike from Leonard six minutes from time.

After seeing his first shot blocked, the ball fell kindly to the Blues midfielder who took a touch before curling the ball beyond Murphy and in off the underside of the crossbar to spark jubilant scenes.

Bury had little time to burst Southend’s bubble and find an equaliser but they came close almost immediately when Rohan Ince’s strike zipped across the slick surface and had to be tipped away for a corner with Southend holding firm for the win.

The Shakers have had a dissapointing start to the 2017/18 Sky Bet League One season with Lee Clark's side winning just three out of their 13 league games so far.

Bury lost their top scorer of James Vaughan to Championship side Sunderland in the summer, but Lee Clark replaced him with another quality striker in Jermaine Beckford.

Jermaine Beckford has played for the likes of, Bolton, Everton, Leicester and Leeds, with the experienced striker scoring over 130 goals spread across all his clubs.

So far this season Beckford has scored eight goals in 13 appearances, with six of those goals come from Bury's last seven games.

For more information regarding our Junior Blues match click here.

For those who wish to purchase tickets online for our game against Bury click here.