Southend United begin their Emirates FA Cup campaign tomorrow afternoon with a trip to Huish Park as the Blues face League Two side Yeovil Town in the 1st Round. 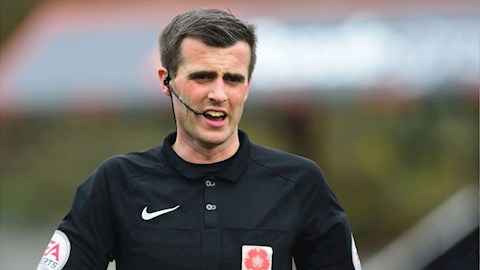 Blues will travel to Somerset as favourites being a division higher and they’ll be looking to end a run of three successive 1st Round exits following defeats to Millwall, Scunthorpe and Chester.

Yeovil have plenty of FA Cup pedigree and were a notorious giant-killer back in their non-league days, but they’ve lost six of their 14 1st Round matches since breaking into the Football League.

The Glovers are currently 17th in League Two but have an impressive home record so far this season with four wins and three draws from their eight games at Huish Park. 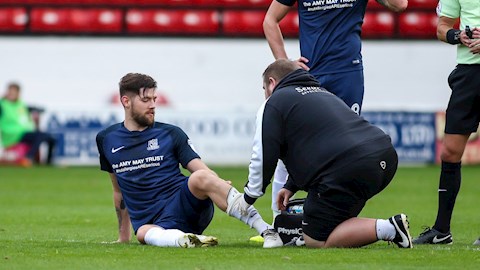 Blues are sweating on the fitness of Anthony Wordsworth who picked up a knock to his calf early in the 1-0 win at Walsall last weekend, with Phil Brown rating his chances of playing Saturday as 50/50.

Defender Michael Turner played 45 minutes of the u23s game in midweek and may play some part, but Rob Kiernan remains sidelined as he faces a second operation on a knee problem.

Southend though will be able to recall Jermaine McGlashan for this weekend’s tie after the winger completed his three-game suspension following his sending off against Wigan Athletic.

Yeovil will have to make do without their leading scorer at the weekend after Olufela Olomola was sent off after a brawl during the Glover’s 3-0 win over Stevenage.

Fellow striker Francois Zoko was also sent off in that game in a separate incident at Huish Park meaning both front men are banned for three matches. 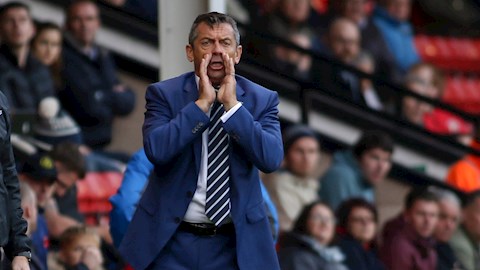 “Huish Park is notorious as being a difficult venue to go to, but it’s not the park, it’s not the stadium it’s the mentality of the players and the manager.

“We’ve got to be on our mettle with and without the ball and if we’re good enough on the day then hopefully we’ll go through and be in the second round.

“They’re a hard-working side which is synonymous of the manager. He [Darren Way] will be working hard and being resilient I would imagine to try and stop us from going through with an easy ride."

“We’ve had some magical moments. We’ve had some very, very good memories in the cup and some of the history created is still living with us now.

“These games don’t come along too often, you get one chance every year to play in the FA Cup. You get a potential pathway for a success story and you get 90 minutes to create that.

“Some of my best moments and best performances are in the FA Cup because it gives you an opportunity to prove people wrong.”

Blues fans can call Yeovil on 01935 847888 until 5pm on Friday and then again from 9am on Saturday morning to purchase tickets.

Southend United exit the Emirates FA Cup at the 1st Round stage for the fourth successive season after Otis Khan’s penalty for Yeovil secured the League Two side a 1-0 win at Huish Park.

Khan’s winner came after Ryan Leonard was adjudged to have brought down Sam Surridge inside the area, with the Glovers number seven drilling the ball into the bottom corner.

A strong Southend side were unable to break down Darren Way’s resolute Yeovil team with Stephen McLaughlin coming closest for the Blues, twice seeing shots cleared off the line by Thomas James.

Despite dominating the second-half, Southend just couldn’t find a way through to force a replay, suffering their second cup exit to a League Two side this season having lost in the Carabao Cup to Newport County.

After defeats to Millwall, Scunthorpe and Chester in recent years, it was another 1st Round exit for the Blues who will no doubt be bitterly disappointed having fielded an almost full-strength side.

Blues travelled to Huish Park looking for their first win in the Emirates FA Cup for four years and Phil Brown named an unchanged side from the one that won 1-0 away at Walsall last weekend.

Yeovil were forced into making two changes from their 3-0 win against Stevenage with Francois Zoko and top-scorer Olufela Olomola suspended, being replaced by Jake Gray and Rhys Browne.

And it was Browne who was involved in Yeovil’s first chance of the game when Nathan Smith’s shot deflected off Browne’s chest and had Mark Oxley scrambling, only for the offside flag to be raised.

Anthony Wordsworth was rated as “50/50” by Phil Brown pre-game but he was fit enough to start and he had half a chance 15 minutes in, receiving the ball on the edge of the area before firing over.

Blues forced Artur Krysiak into action moments later when Simon Cox was allowed space and time to shoot, chancing his arm from distance with Krysiak needing to tip the ball over the crossbar.

But it would be the home side who would open the scoring just before the half-hour mark from the penalty spot after Sam Surridge was felled by Ryan Leonard in the penalty area.

Yeovil felt they should have had a penalty minutes earlier when Surridge went down under pressure from Anton Ferdinand, but following Leonard’s foul they had their chance from 12-yards.

Otis Khan stepped up to take the penalty, drilling the ball hard and low to Mark Oxley’s left, finding the bottom corner despite the Blues stopper going the right way.

If Southend were to remain in the Emirates FA Cup they now had to score against the Glovers for the first time in four meetings, and as they approached half-time they went within inches of levelling.

Michael Kightly and Jason Demetriou stood over the free-kick 25-yards from goal, with Kightly curling the set-piece inches wide of Krysiak’s right-hand post, leaving Yeovil ahead at the break.

Yeovil arguably had been the better side in the first-half and they started the second period brightly with Jake Gray flashing a shot across goal which flew just wide of Oxley’s left-hand post.

Chasing an equaliser, Brown brought on Nile Ranger for Marc-Antoine Fortune early in the second-half and within seconds Ranger had a headed chance on target which was easily held Krysiak.

Krysiak’s counterpart Oxley then had to react sharply up the other end to stop Yeovil from doubling their advantage when Bevis Mugabi’s bullet header had to be pushed away from danger.

Blues then were denied twice in quick succession by Krysiak who first parried away Simon Cox’s effort from a tight angle before getting down quickly to stop Demetriou’s follow-up.

Even when Southend could get the ball beyond Krysiak there was another Yeovil player there to stop it from going in as Stephen McLaughlin found when his low strike beat Krysiak but was cleared off the line by Thomas James.

With time running out, James once again denied McLaughlin an equaliser as the Blues sub drilled the ball low past Krysiak but saw the Glovers number 23 on the line again to clear.

Southend would get the ball in the back of the net with five minutes remaining as a high ball into the penalty would deflect its way into the net only for referee Craig Hicks to rule it out for a foul.

But having dominated the second half the Blues just couldn’t find a way through the Yeovil defences and suffered their fourth straight 1st round exit in the Emirates FA Cup.

We can confirm details for our Emirates FA Cup First Round tie away to Yeovil Town at Huish Park which will take place on Saturday 4th November – 3pm KO.

Tickets will come off sale at 3pm this afternoon (Friday 3rd Nov).

Once they come off sale at 3pm today, Blues fans can call Yeovil on 01935 847888 until 5pm and then again from 9am on Saturday morning to purchase tickets.

You can purchase tickets online, in person from the Ticket Office or by calling them on 08444 770077.