Blues will be glad to be back at Roots Hall where they are unbeaten in eight league games and will also be buoyed by the fact that they have only lost one of their last 17 meetings with Oxford.

Oxford head to Roots Hall following a poor recent run of form which has seen them pick up just one win in their last eight in all competitions.

Despite this, Oxford go into the weekend above Southend in the table in 8th, five points outside of the play-off places and two points ahead of Phil Brown’s Blues.

Southend are hopeful that Marc-Antoine Fortune will be fit after his hamstring injury picked up against MK Dons in midweek doesn’t appear to be as bad as first thought.

Also back in contention is fellow striker Nile Ranger after he missed Tuesday’s trip due to a ‘disciplinary procedure’ but Phil Brown has said he will be in the squad.

Brown though is still waiting on the fitness of Michael Timlin, Stephen McLaughlin and Michael Kightly, but Anthony Wordsworth is expected to be available again.

Oxford United will be without defender Christian Ribiero after the 27-year-old was forced to retire due to a long-term knee problem.

Defender Curtis Nelson and striker Rob Hall will also be missing for Oxford due to Achilles and knee problems respectively, whilst Jack Payne is set to face his former club. 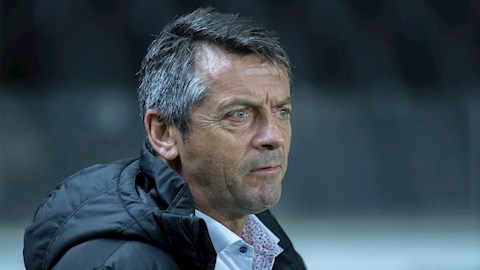 “It’s always nice to come home, of course, it is. And especially when we’ve gone all season without a defeat, apart from in a cup competition.

“I’m looking forward to it, I’m certain the crowd should be and certainly the players should be.

“There is a lot of talk about Jack [Payne] coming back, which is rightly so because he’s a lovely kid. He served his time here. But he came to the end of his contract and moved onto pastures new.”

“It’s a good opportunity for us against a Southend side who we know did very well last season and fought for the play-offs all season, and right now have the best home form in the league. So that’s the challenge for us, to be the first to win there, although we know it will be very difficult.

“We have to build on the performance at Plymouth and there were positives against a strong Blackburn side on Tuesday as well, so we have to use bits of both games against Southend.

“At the same time, although I was not happy with the result at all I was happy to see unity between the players and the fans.”

Southend were made to settle for a point against Oxford United as Simon Cox’s opener was quickly cancelled out by Wes Thomas in a 1-1 draw at Roots Hall.

Cox gave Southend the lead in the 19th minute with a tap-in after he was found by a low, fizzing cross into the penalty area by Stephen McLaughlin.

The lead lasted less than three minutes though before Thomas outmuscled Anton Ferdinand to get through on goal before calmly slotting the ball beyond Mark Oxley.

Before the break, both sides hit the woodwork with Josh Wright hitting the crossbar at one end before Josh Ruffels followed suit right on half-time.

Oxford had a string of chances early in the second-half wit Jack Payne going close to scoring against his former side only for Jason Demetriou to clear his former team-mate’s effort off the line.

And Blues themselves had two goals disallowed for offside, denying Michael Turner of his first for the club before Nile Ranger’s header was ruled out shortly after coming on.

The draw maintains Southend’s unbeaten league start at home but it was will be seen as another two points dropped by Phil Brown after drawing in midweek against MK Dons.

After missing a number of chances in that draw with MK Dons, Brown was very critical of his side but he chose not to make any changes to his side that welcomed Oxford United.

This was Southend’s first home league game in over a month and they’ll have been happy to be back at Roots Hall where they hadn’t lost any of their eight league games so far this season.

Blues also held a rather impressive record against Oxford – one defeat in 17 meetings – but it was the visitors who started the brighter and forced Mark Oxley into action inside the first two minutes.

Xemi Fernandez managed to weave his way into the penalty area before stinging the palms of Oxley who failed to gather. James Henry picked up the loose ball but shot wide with the rebound.

Pep Clotet’s side then hit the crossbar minutes later when Alex Mowatt was picked out by a low cross into the area, rattling the woodwork before the offside flag was raised.

Southend’s first chance came when Michael Kightly went on a mazy run into the area, skipping his way into a shooting position only for his effort to be blocked unintentionally by Simon Cox.

Cox though made up for his unfortunate intervention moments before when he opened the scoring for the home side with the simplest of finishes midway through the first-half.

Neat interplay between Jason Demetriou and Josh Wright allowed Wright to spray the ball out to Stephen McLaughlin, whose fizzed low cross was tapped in by Cox at the far post.

That lead, however, lasted no more than three minutes after a long ball from Richardinho ran kindly for Wes Thomas, who muscled off Anton Ferdinand before slotting the ball home.

Blues will have been frustrated to have lost the lead so quickly, but before the interval, they twice came close to going back in front with both Marc-Antoine Fortune and Wright going close.

Fortune will feel he could have done better with a close-range header that went wide after mistiming his jump, minutes before Wright’s dipping volley came off the top of the crossbar.

Right on half-time, the visitors themselves struck the woodwork when Josh Ruffels’ half-volley flew past Oxley but came back off the face of the crossbar as the referee blew for half-time.

Oxford continued that forward momentum early in the second half and forced Demetriou to clear a Jack Payne shot off the line with the ball falling into the grateful arms of Oxley.

A minute later and Oxford were in again when Henry’s shot was blocked into the path of Thomas who beat Oxley to the ball but couldn’t find the target with his poked effort.

Southend thought they’d retaken the lead when a set-piece fell nicely for Michael Turner to tap in at the far post, only for his celebrations to be tapered by the offside flag.

That was a brief moment of respite for Blues as Oxford went close yet again when Henry was found inside the penalty, curling his effort inches past Oxley’s right-hand post.

After fending off a number of Oxford chances, Southend settled back into the game and Fortune had a chance when he was slipped in by McLaughlin but his low shot was gathered by Simon Eastwood.

Southend then should have taken the lead moments later when Cox chested the ball down for Wright six-yards from goal but the Blues midfielder somehow managed to miss the target.

Blues did get the ball in the net second later when Southend’s two subs combined, with Jermain McGlashan finding Nile Ranger only for his header to be disallowed for another offside.

Southend were really gathering momentum and Turner went close again for Blues as was found from a corner only for his half-volley to lack the power to trouble Eastwood.

The three points were there for the taking for both sides and Payne had a chance to grab the winner when he got on the end of a one-two with Mowatt before blazing.

Five minutes added time were signalled as both sides pushed for a winner. Ranger had a tame header easily pounced on before Payne’s low drive was saved by Oxley with both sides settling for a point.

Southend United face 10th placed Oxford at Roots Hall on Saturday 25th November with a 3pm, kick-off.
Blues won’t have played a League One game at Roots Hall for over a month come next Saturday, with the last league fixture at Roots Hall being against Bury on 21st October, which saw Ryan Leonard score a wonder goal to earn Southend a 1-0 win.
Southend aim to extend their unbeaten run at Roots Hall against Oxford United this Saturday and Blues captain Anton Ferdinand is confident heading into the fixture.
"Whether we're home or away we don't fear anyone.
"We have a good unbeaten record at home and we are all looking forward to the weekend.
"Everyone is going to step up to the plate and play good football."
The U’s form so far this season has seen them win seven, draw five and lose seven games in League One.
Both clubs will be vying for the points to creep them closer to the play-off places!
Oxford brought in a familiar face this summer with Jack Payne signing on loan from Premier League side Huddersfield. The 23-year-old has played a vital part of Josep Clotet’s squad, with the former Blues academy graduate currently joint at the top of the assist table for this season with seven assists in the league, also managing to score two goals along the way. 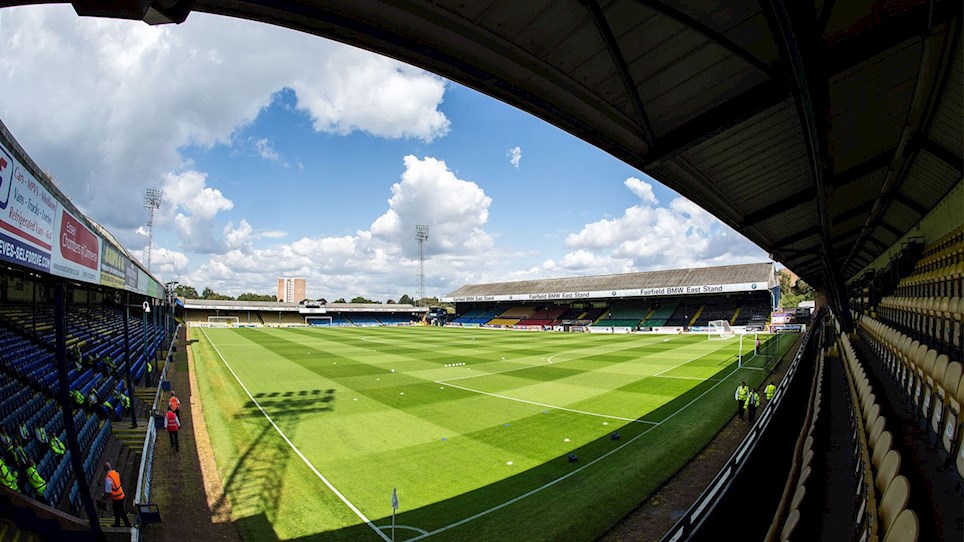 Tickets & Hospitality on sale for Oxford United at Roots Hall