Blues travel to the Crown Oil Arena to face Rochdale in Sky Bet League One this weekend.

We've picked out five talking points to preview the clash against Keith Hill's side:

Saturday is undoubtedly a big game for both sides as just five places in the Sky Bet League One standings separates them.

Crucially for Blues, the points margin is nine points so a win for the caretaker duo of Ricky Duncan and Kevin Maher would provide further breathing space to their opponents this weekend.

Following the departure of Phil Brown, Blues will head to the Crown Oil Arena with Academy Manager Ricky Duncan and U23 Manager Kevin Maher in charge.

Duncan has been back at Blues for over 10 years now overseeing a flourishing Academy that has seen its success this season with Dru Yearwood, Elvis Bwomono, Norman Wabo and Nathan Bishop all playing roles throughout.

Former midfielder for 10 years at Roots Hall and captain in two promotion winning sides, Maher has previously managed Chelmsford City. Like Duncan, the 41-year-old has played a key role in the development of the younsgters who have been in first team action this season, having been in charge of the Blues U23 side for the last two years.

Cup game on the horizon for Dale

Rochdale have an Emirates FA Cup Fourth Round tie at Millwall to look forward to next weekend.

A 1-0 win away to Doncaster in the Third Round set up a trip to the Den for Keith Hill’s side.

Whether the distraction of the FA Cup will play a part or not, Dale will be hoping their cup exploits will lead to an upturn in league form.

It has been a struggle for both Blues and Rochdale in their respective domestic campaigns.

Blues have won once in eight games whereas Rochdale, despite their wins in the Emirates FA Cup, haven’t picked up three points since the end of November.

Both sides will be expecting to put their best foot forward to end their poor form and get back to winning ways.

21-year-old defender Sam Hart and midfielder Mihai-Alexandru Dobre have been added to Keith Hill’s squad ahead of Saturday.

Dale, who have also brought in Billy Knott and Ryan Delaney this month, completed the signing of the duo this week, with Dobre the latest to add to their squad.

Hart arrives on loan from Blackburn and Dobre from AFC Bournemouth having already spent the first six months on loan at Bury where he played 12 games earlier this season. 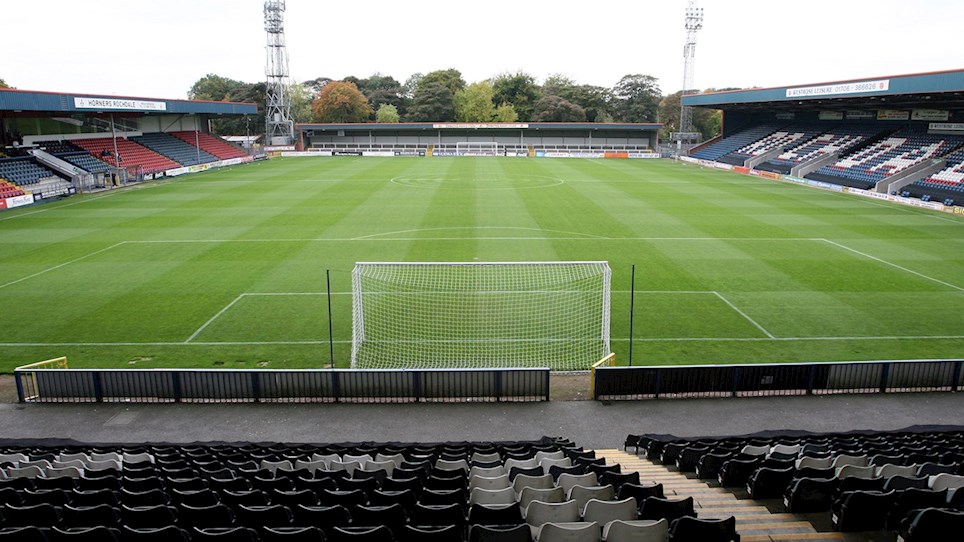 Rochdale tickets will come off sale today at 5pm


Tickets for Southend United’s Sky Bet League One fixture against Rochdale will come off sale today at 5pm...

Blues got themselves a hard earned point against an inform Rochdale side at Spotland, but, ultimately drew back to back games 0-0 for the first time since March 2014.

Rochdale started the game the brighter of the two sides, as they had two efforts on goal in the opening 15 minutes; as firstly Dale sprung a quick counter attack down the left-hand side, which saw Matty Done bare down on goal, but, his effort was deflected just over the crossbar for a corner.

From the resulting corner, the ball dropped to an unmarked Andy Cannon, but, thankfully for Blues Jason Demetriou charged down Cannon’s goal bound effort.

In the 26th minute Dale striker Ian Henderson nearly gave the home side the lead, following the ball breaking free at the edge of the penalty area, however, Mark Oxley was equal to the striker’s effort and saved the ball well to his left-hand side.

It took till the 29th minute for Blues to have their first notable effort on goal, as they caught Rochdale on the counter, with the ball breaking to Marc Antoine Fortune on the right-hand side of the box, however, the Frenchman could only drill his effort into the side netting at the near post.

Dale went close twice within a couple of minutes towards the end of the half, as Andy Cannon saw an effort from the edge of the box well saved by Oxley towards his top right-hand corner; then shortly after, Brad Inman crossed a ball in from the right-hand side, which Ian Henderson met around 10 yards out, however, thankfully the Dale striker bulleted his header narrowly over the crossbar.

The second half had a rather scrappy start, as Dale nearly put Ian Henderson through one on one against Oxley, however, Blues goalkeeper Oxley did well to race out and clear the ball away from danger.

On the hour mark Blues had a good shout for a penalty turned down, as Fortune was tripped by Ryan Delaney just inside the penalty area on the right-hand side, however, to Blues surprise, the referee waved to play on.

In the 65th minute, Anthony Wordsworth tried his luck from around 20 yards out, however, Josh Lillis was equal to Wordsworth’s effort in the Dale goal.

With little under 15 minutes to go, Rochdale substitute Steven Davies tried an ambitious half volley from around 20 yards out, however, his effort went straight at Oxley who beat the ball away.

The final stages of the game were played out in unspectacular fashion, which saw Blues draw back to back games 0-0 for the first time since March 2014. Blues will be looking to end their small goalless drought on Saturday at Bloomfield Road against Blackpool.

Rochdale tickets will come off sale today at 5pm


Tickets for Southend United’s Sky Bet League One fixture against Rochdale will come off sale today at 5pm...

Tickets for Blues' game against Rochdale will go off sale today at 3pm...

We have been allocated 297 tickets and seven pairs of Wheelchair and carer tickets with more available if needed.

2 and under tickets are free of charge – please note these tickets will only be available from the Main Ticket Office either in person, via phone on 08444 770077 or Online.

Disabled supporters are charged the age relevant category with a free of charge carer if required.

Wheelchair tickets are charged at the concessionary price £16.00 with the carer being free of charge.

There is no price increase when purchasing on the day and tickets will be available for collection from 1pm on the day at the Ticket Collection Cabin which is located next door to the community office, facing the 5 aside pitch.

Rochdale will also have cash turnstiles in the Willbutts Lane (Away End) and their ticket office will be open from 9am for those who wish to purchase tickets by card.

It is recommended that all those in possession of a concession ticket bring proof on the day of the match as checks may be in place.